INTO THE PSYCHE OF THE VICTIM

The Housewife is a parable on spouse abuse. The story follows a day in the life of an unnamed housewife and her every desire to please her husband. She lives and illusioned life and has forgotten the world outside her husband, kids and home.

Take on the role of the housewife and make sure the house is maintained, she lives to keep her husband happy. Learn how the world changes for an abused person. She believes that he only beats her when she disappoints him. Get deep inside the functioning psyche of a victim of abuse.

( according to Ncadv.org , Who.int , Huffingtonpost.com )

Although this issue affects both men and women, statistics show that women are more affected by abuse. However this fact does not lessen the impact on abuse to any other person, men, women and children could be a victim.

The Housewife tries to take a deep look into the psyche of an abused individual, many artistic and metaphorical choices are made in the game design to represent psychological impact.

I believe that we can make people aware of this serious problem, we can stop the stigma or embarrassment placed on victims. Victims should know that it is never their fault, and their partner may have deep rooted issues. Both the victim and the abuser could be helped. Speak up, speak to eachother. Their is no greater power than a community who works together. 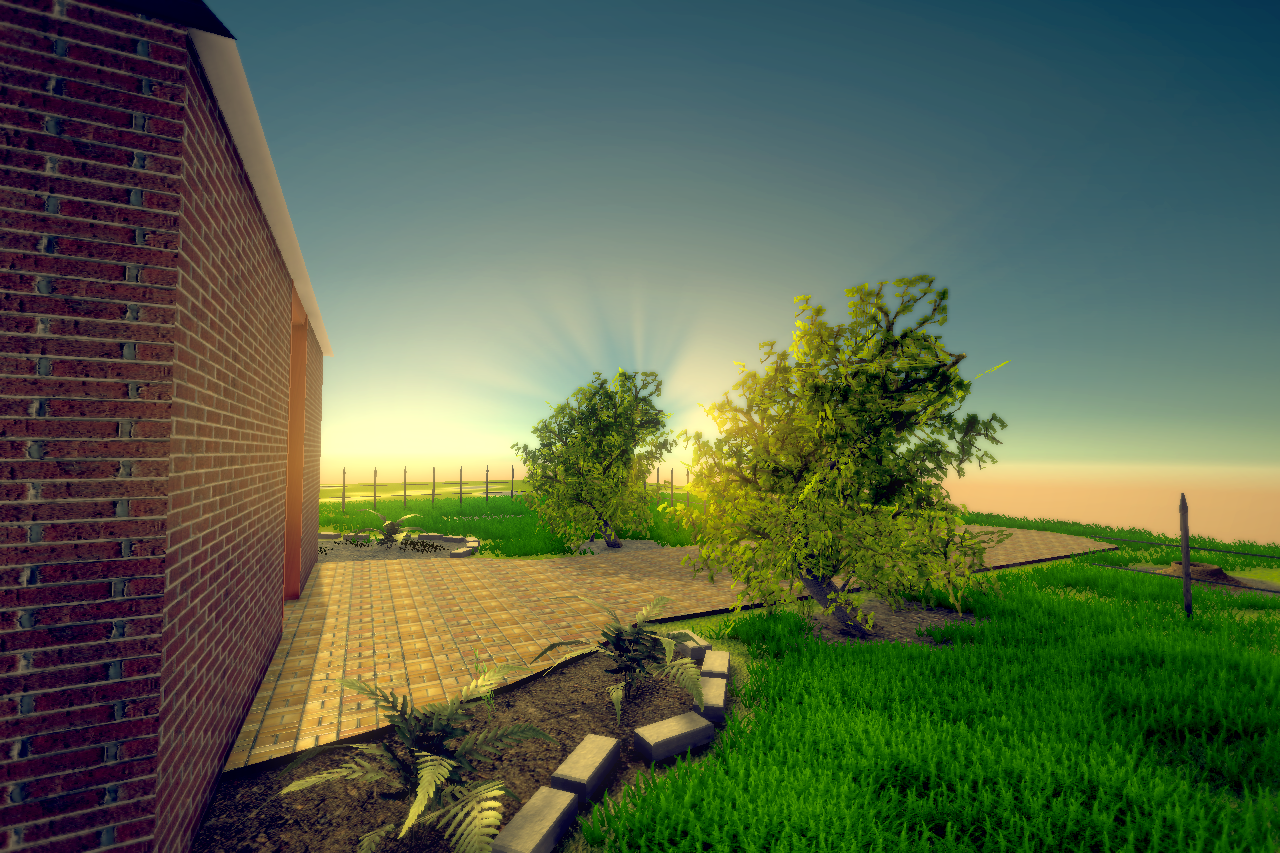 Domestic Abuse is a tough subject to tackle. Oftentimes people try to avoid anything to do with it, even if a representation of the issue is aimed at spreading awareness. This of course stems from how horrifying of a concept someone you love hurting you is, especially when your loved ones are supposed to protect and support you. The plot for The Shining played upon this concept, creating one of the scariest movies in history. The concept of a family member turning on you or harming you is probably one of our greatest subconscious fears.

Games have tried to tap into exploring these dark themes with the most successful being Papo & Yo. Despite the dark subject matter of a child being abused by his father, the representation was more abstract and metaphorical. The father was instead a giant monster that would either help or hinder the player depending on his mood. This made the game more approachable, but it prevented the game from truly representing the real trauma. 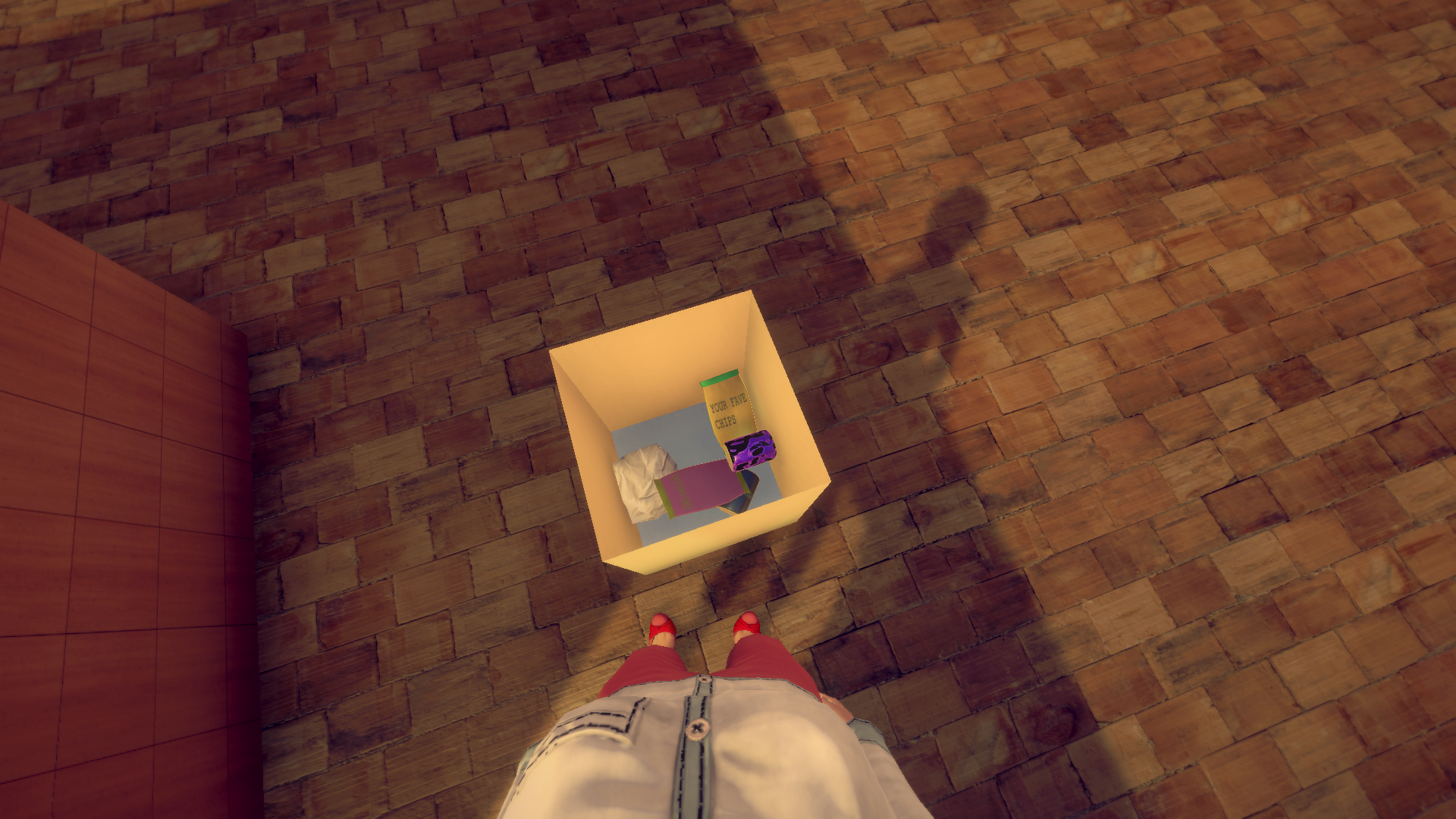 The genre of serious gaming has exploded onto the scene in the past ten years, with games focused on exploring controversial issues over having fun. Rather than viewing the interactive entertainment medium (yes that's the stuffy official name for video games from my boy Chris Crawford) as means of pure entertainment, developers are using games to convey more complicated and serious issues.

I sat down and spoke to Zaheer Flanders on his solo project, The House Wife, which delves into the complicated and controversial topic of domestic violence.

Who are you? How did you get into the game Industry? What projects have you worked on?

My name is Zaheer Flanders and I also go by my company/internet name, Colossal Wreck. I am a 22 year old from South Africa. Last year I graduated in IT: Software Development. I had a job as an intern software developer, but decided to pursue my dream as a game developer. So far I have not worked on much, but my ideas are still in production. However, you can find ASMR Universe on Steam and The Housewife on Steam Greenlight.

How big is your team and who else is working on the project?

So far it's just been me, I've had offers from people who wanted to work with me, but for now I feel it's best to work alone so my ideas don't get disrupted, and I can control every aspect of my games.

What drove you to tackle such a dark subject? Why did you make a game about domestic abuse?

I've known quite a few people who have been victims of abuse, and some of them are close to me. I will not mention who they are, but I really saw the pain they have had to go through. I'd try to offer them help, I'd go with them to the police, etc. but they see themselves as the problem. It's basically a form of brainwashing the victim into believing that they're the cause.

So maybe by playing this game, someone could learn to recognize abuse easier, maybe in a family member or maybe they themselves realize they are abusive. It's not always simple, sometimes the abuser thinks that their behavior is normal.

The gameplay takes lots of visual and artistic metaphorical approaches. The Housewife is never named in the game and every other character is, she is shown to have a constant unpleasant look on her face. We are experiencing the world through her eyes and her voice is the only one you really hear in the game.

The gameplay, I wanted it to feel smooth, easy, almost lifeless. With a somber, atmospheric music score.

You're doing these really simple tasks (cleaning, doing washing, sweeping, etc) and you know you have to do them correctly so you don't get punished. Yet even when you do them perfectly, the abuser still seems to lash out. And the Housewife, she's always looking for what she did wrong. She can't see that her husband has his own problems.

What is your goal? Is it to spread awareness or simulate being a victim? What do you want players to get out of this experience?

I hope to spread a message on abuse, but this should also encourage people to look more into it. I want people to talk about this game and really decipher what goes on it. I mean, I could be wrong with the way things are portrayed in the game, but I'm open to discuss it with the community and really learn from eachother. The game could even change with updates, based on community feedback. That's something movies can't do.

Domestic Abuse is a very tough issue to convey in a media. Sadly the game media is often looked down upon for exploring more serious issues unlike books, movies or documentaries, which often receive high praise. Why do you think that's an issue?

I've seen how cruel the gaming community can be towards projects like this. I've done my best trying to win them over, after being called "troll" or whatever. It's all part of the challenge of creating art that challenges the norm.

You have to win people over, educate them. And I can proudly say that I've changed a few people's minds on this project. So I hope more will give it a chance. Eventually, games like The Beginner's Guide will be more appreciated as more people start accepting games as art.

I did notice some people were upset that your game was trying to explore domestic abuse. While scrolling I noticed people seemed uncomfortable and almost offended. Why is that? Why do you think some people either refuse to discuss or try and prevent others from discussing domestic abuse?

It's mostly because of people not being educated in a particular subject. Some people also try to separate games as being purely for entertainment. They aren't used to the idea that videogames can be just as engaging as film, books and music.

For some people it is really hard because of past experiences, but it is never healthy just to bury emotions. Those people have potential to help the most, as they have hands on experience and can really educate others on this. I hope, if this game gets Greenlit on Steam, that the forums can become a place of comfort for people to speak about any issues, but just as a gateway.

Eventually they could contact authorities, social workers or any services which offer help, there's a lot of wonderful humans who want to help. There's a lot of beauty in this world, but we just have to work and reach out to obtain it.

Thank you for the opportunity to talk about my work, I really appreciate it.

Indie
Tags
Embed Buttons
Link to The Housewife by selecting a button and using the embed code provided more...