The AMC Squad (formerly known as AMC TC) is an epic multi-character single player stand-alone game running on the EDuke32 engine. There are 6 episodes planned; episodes 1, 2 and 3 have been released and episode 4 is in development. Each episode is a full length campaign featuring detailed and intricate levels to explore, a deep story to connect them all, with dozens of secrets and scores of enemies to fight and weapons to utilise.

AMC TC v3.6 has been released - this version brings a large tech overhaul to the mod and brings OpenGL support to the mod, offering improved performance as well as fixing a large variety of bugs. It also includes additional art improvements, and a new map for episode 3.

AMC TC v3.6 has been released - this version brings a large tech overhaul to the mod and brings OpenGL support, offering improved performance as well as fixing a large variety of bugs. It also includes additional art improvements, and a new map for episode 3. There's also been additional improvements to help ease new players into the vast and complex world of AMC. 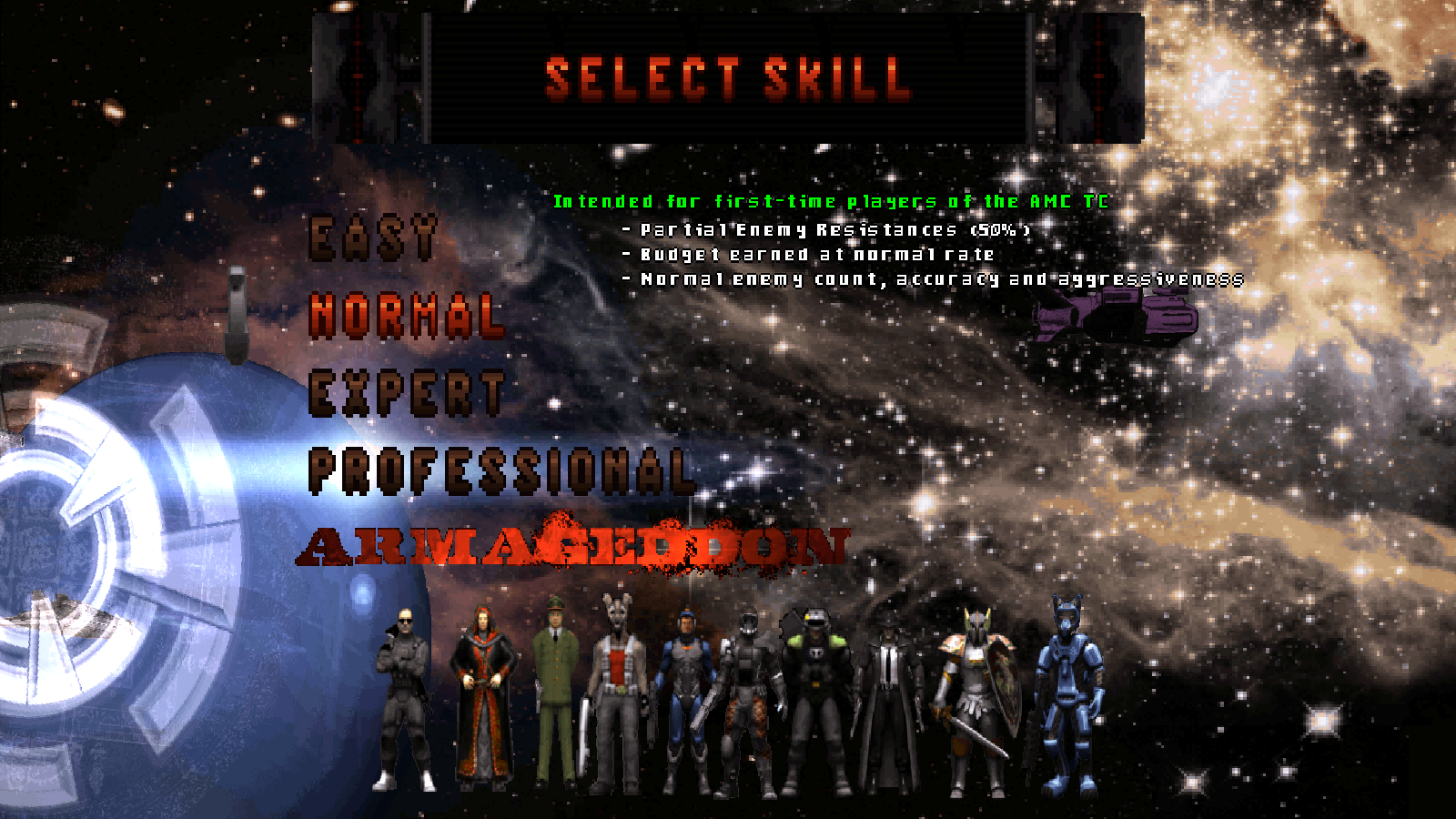 Download and unzip into a fresh directory, and run amctc.exe. If you're a returning player, copy over your data folder and eduke32.cfg from your existing AMC TC directory to ensure your progress is saved. Save games aren't compatible, but campaign progress is still saved and you can simply go to the AMC base to continue your progress.

This release of the AMC TC uses a modified version of EDuke32 r8133, the source code and build instructions of which can be found here:

Windows and Linux have been tested, MacOS has not, though in principle it should also work.

Note that this fork of EDuke32 is only intended for use with the AMC TC. Many thanks go to the EDuke32 team (particularly TerminX, Hendricks266, Pogokeen and StrikerTheHedgefox) for assisting us with engine bugfixes and CON coding advice that solved a large number of crashes and issues.

As always we have a discord channel that you're encouraged to join for more screenshots and updates, as well as discussion with other community members.

very cool! I hope it will get the attention it deserves.
Sometimes people are put off by those mods as that are not that simple to be installed...there is always something that does not work for some reason...
I send the link of AMC TC to a few friends of mine, they were thrilled by the demo but once they tried to intall it, it did not work..so they gave up...I'm sure this happens to a a lot of people that are not litterate witht his things, so I think is important to create specific instructions that are very very simple to grasp...or (and that would be ideal) to put an effort to create a self installing routine that will check if everything is fine and ease the installation process....cheers and well done guys!

So when you say it doesn't work, what does that mean exactly? Do you get an error? Black screen?

I'm not sure, probably they didn't follow the instructions properly or their system was not up-to-date...but at the end they gave up...
which is a pity as I' suppose it can happen to many others.
I think is mainly related with their limited skills...but still I think is worth mention how important is to make this process as much easy as possible even for people with very limited knowledge.

unzip and run the amctc.exe, that's literally it. we can't give tutorials on entry-level computer functions.

thank you I will tell them...yes I understand, just let you know that there are people interested in the game and that finds barriers (not relate with your TC, but in general I suppose)...cheers!

Not part of the team, just a fan.
What instructions?
Download the file, extract it to any folder, (I use my user folder)
Double Click on amctc.exe, wait for a long load time, ready to play - that's it.

Or right click on amctc.exe and select Pin To Taksbar.
Then it works like any other program.

p.s. Forums.duke4.net is a forum for this TC. They'll answer questions as well. :)

I copied over the data folder and eduke32.cfg but my upgrades and credits didn't save. However my mission progress did. Are these lost or can I recover the credits to repurchase the upgrades?

credits are temporary, since they are earned very quickly.