Just added Multiplayer ... and it's Awesome.
Have you ever seen a "Tower Defense / Clicker game" with multiplayer ? Here's one for you.

" Tap to Gather " resources and use these resources, to " Build a Mighty Castle ".
" Hire " workers, who save your fingers and make gathering resources a lot faster.
Build " Defensive Turrets " and " Upgrade " them, to defend your "Kingdom" !
Send " Minions " and "Upgrade " them to attack your opponent and make you " Victorious ".

Choose between many different turrets, to defend your newly built Castle.
All turrets have 2 unique "Upgrade Branches". Both of these branches have 2 Tiers.

Choose between tons of different "Minions", to attack your opponent. Each minion has an "Upgraded version". Upgraded version has double health, double damage, double speed + a "Unique Ability". All abilities are unique in their own way.

Compare your Tapping skills with your friends and other people. You are building your Castle side-by-side with your opponent. So Tap-Fast, defend your Castle and defeat the opponent.

The story of TapnBuild series :
Medium.com

TapnBuild 2 - Tower Clicker is an Idle / Clicker / Tower Defense game. You combine your tapping and strategy skills, to become victorious.

When gathering resources gets exhausting,
hire people from the Items menu.
People provide a certain amount of resource each second.
* They gather resources for you *

Building the castle is not as easy as just tap and build,tap and build...
You actually have to buy new tools and upgrade them.To make things easier,it's also a good idea,to buy items,since each item provides certain amount of resource per second.
Each level of Castle built,unlocks ability to buy more advanced Tools and Items.
Building the Castle is essential part of evolving in TapnBuild.

Build Castle, and Turret Bases, to add Turrets. All turrets have their strengths and weaknesses. All turrets can be upgraded several times.

After building your first level of Castle, you are able to "Attack" your opponents by sending waves of Minions at them.There are tons of different minions to be unlocked, by leveling up.

Can you get all of them?
There are a number of achievements in this game.It might take some time,to get all of them,but it's mostly about the journey.

Let everyone know, how skillful and experienced you are.Compete with your friends and see who is the best.

You might not be the only one gathering resources in there .
Let's just hope ,their friendly.

Do you like idle games, build & crafting games, capitalism games, incremental games or offline clicker games, but most of them get boring quickly? Then play Tap 'n' Build 3D - Free Tap & Crafting Game for free!! 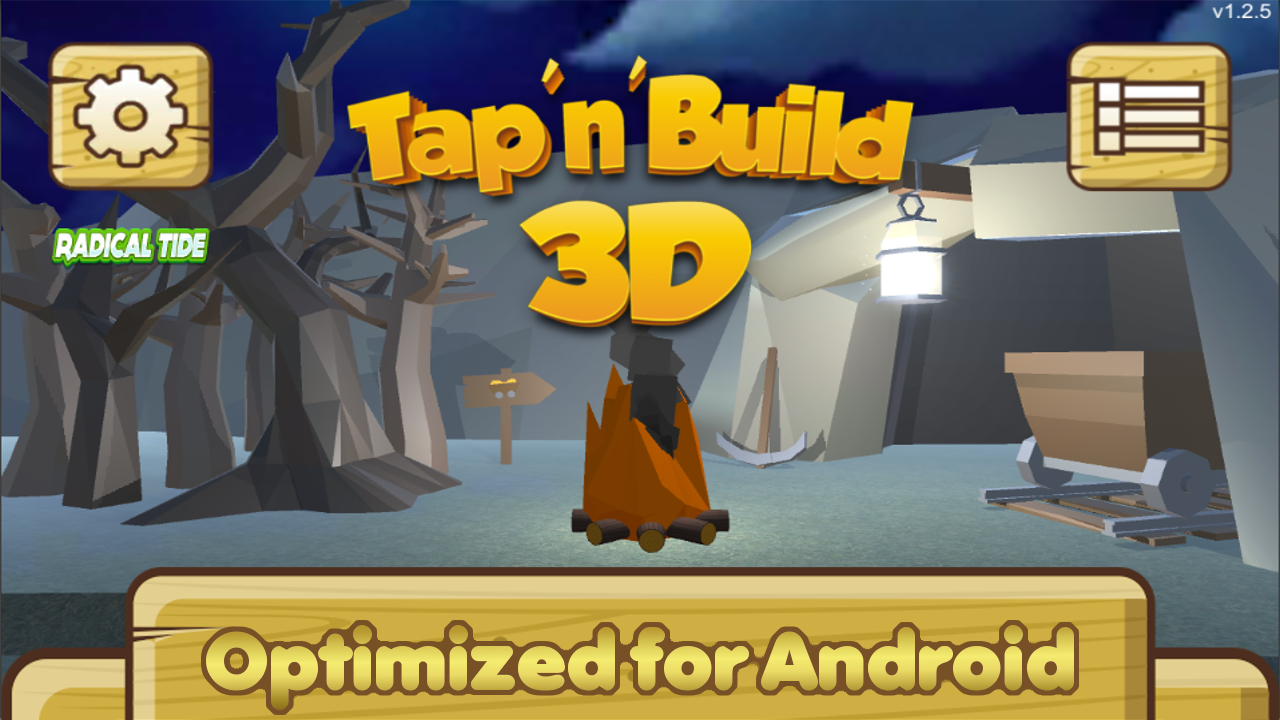 SUPER DOPE GAMEPLAY Just keep tapping the screen. Tap with ALL FINGERS. The perfect idle clicker game, without ever feeling bored! Find all the precious resources the world has to offer! Organize builds for unlimited fun!! 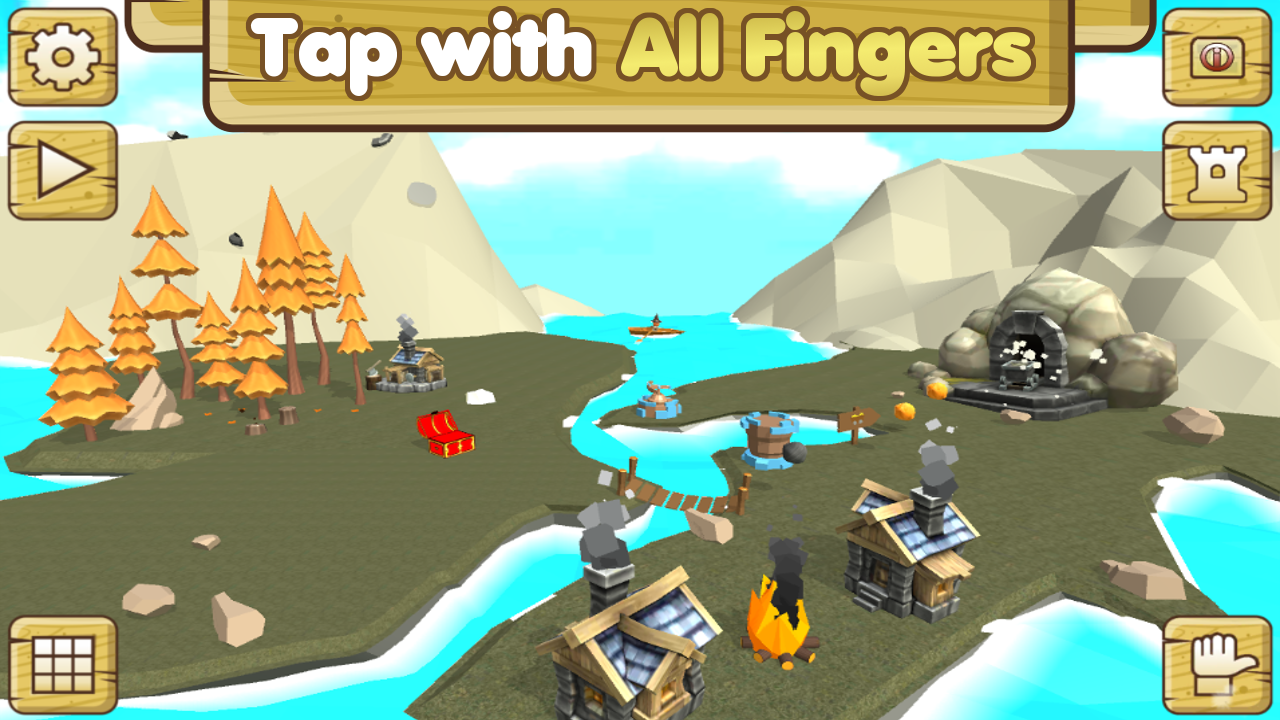 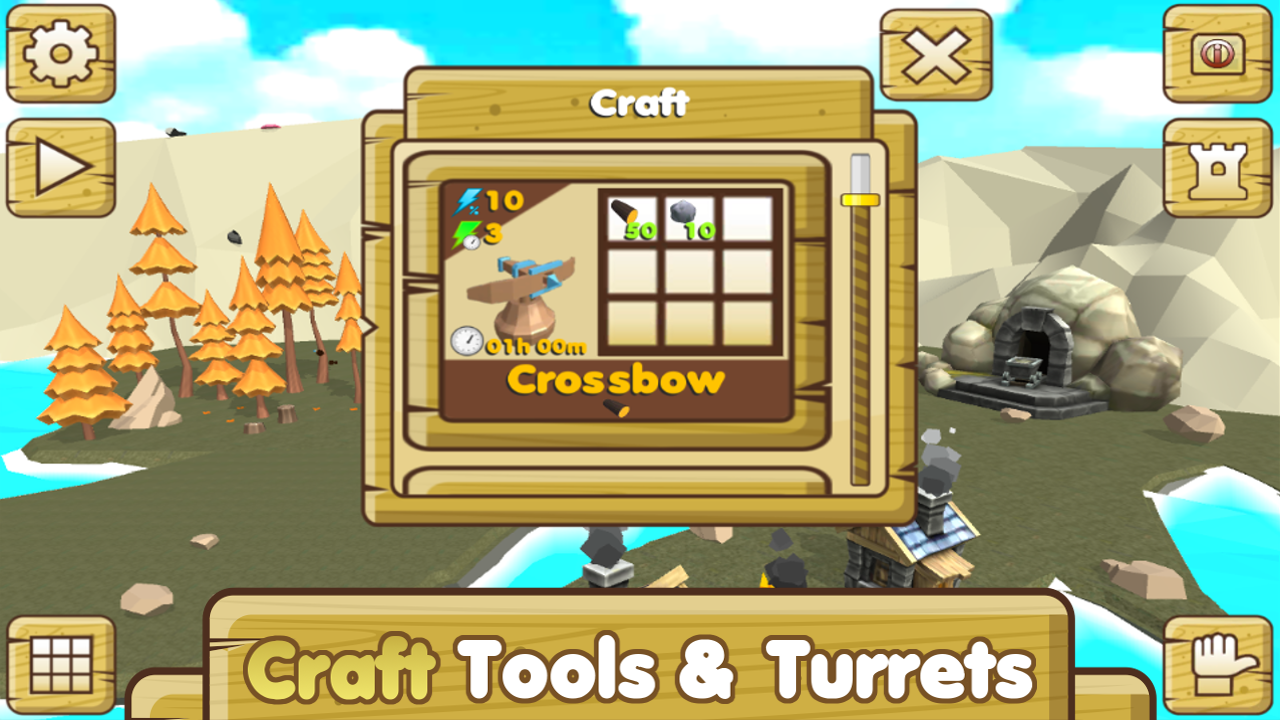 TAP & BUILD Casual & addictive gameplay for aspiring crafters who love to click & craft. Gather resources and build a gorgeous town or build virtual city!
UNIQUE VISUALS Tap to gather resources and see them floating right into your chest with amazing 3D visuals and captivating scenery.
You have the greatest thing on earth - Disposable Thumb. Use it and all the other fingers, to tap resources and build construction.
Craft tools in game to gather more precious gems. One of the best addictive clicker games.
Let the turrets work offline. It's like getting gifts on Christmas every time you open the game.
Build you're town, to unlock more stuff to craft. It's the easiest game ever with so much to building craft and towns. 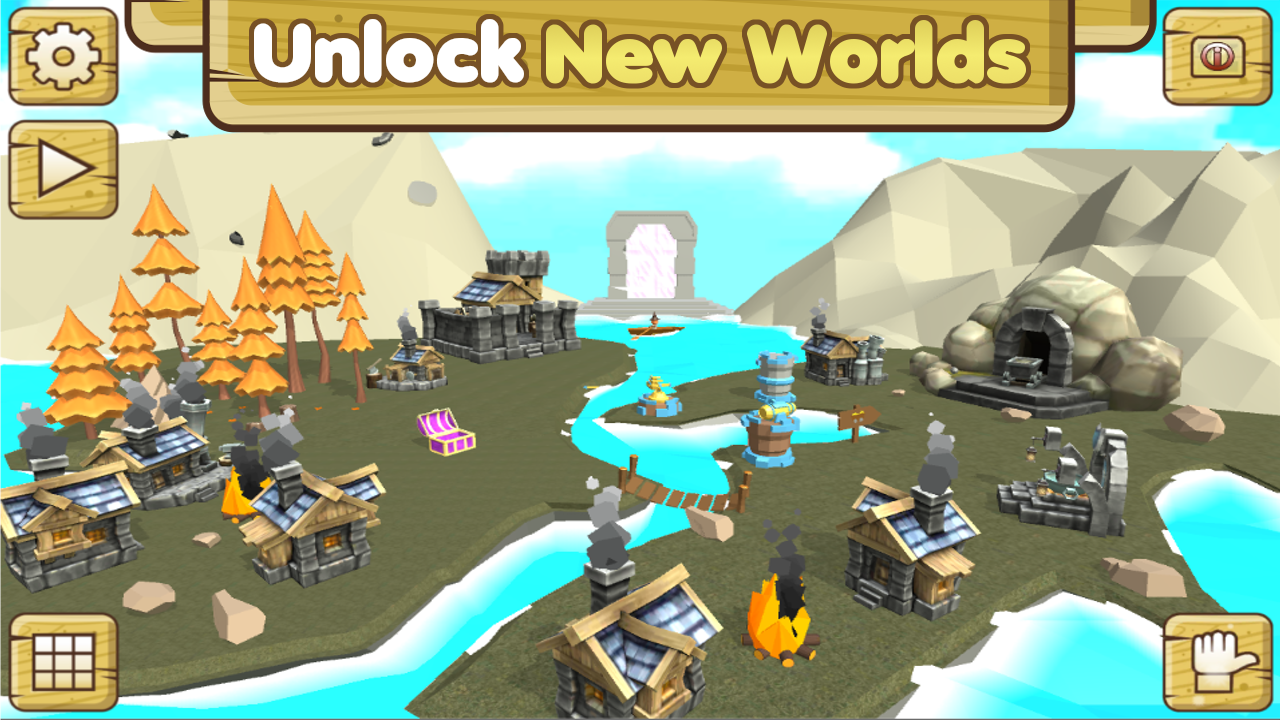 "I love clicker games. So I made my own version of such a game."
This fast tap clicker game is still updated regularly with new features and content. Help us making this the best idle crafting clicker game on mobile. Feel free to send any feedback to contact@radicaltide.com or check out radicaltide.com

Shoot minions out of a cannon and see how far they will bounce. * There are obstacles and boosters on the way! Keep your eyes open. * Choose between many...