Tank'd is a 3D side-scrolling tank game where movement is not restricted to the ground. Players will have to use their tank's wall-walking abilities along with a selection of powerful weapons to survive in a strange and dangerous world. Tank'd is being developed by five students at Vancouver Film School over the course of 10 weeks.

Thanks for voting and helping Tank'd on it's quest to become the 2022 Indie of the Year. You are now in with a chance to score some free games. Help this game secure more votes by embedding the widget (or link) we have included below on your favorite sites.

Its been awhile since we updated, but we have a ton of new media to showcase!

Last week, we submitted a version for grading. After three months of solid production, this was a great feeling, and we're still decompressing after the final crunch. With that said, theres still some work left to do before we release it to the public, but we're working hard to make that happen. 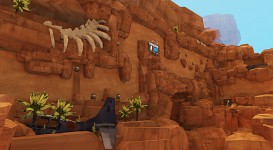 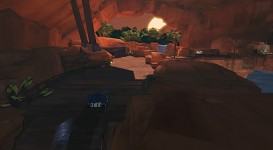 Tank'd features three unique levels for the player to explore, each of which can take anywhere from 8 to 15 minutes. Each level is packed with content, from ambushes to crazy stunts to boss fights (and wall-driving, of course).

We also designed a ton of enemies to populate our world... but don't worry, your tank is equipped with three devastating weapons, including a cannon, machine gun and missile battery. 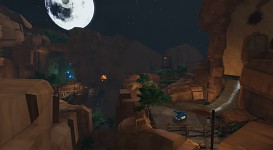 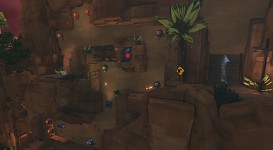 We've uploaded a bunch of new screenshots to the gallery, so be sure to check them out. We've also created a trailer which shows off some of the gameplay!


As always, let us know what you think, and be sure to look for a release in the near future!

Showing off some new images and video from the game

A First Bit of News

One day I'm going to write up a full explanation of what our game is... but not today. We're too busy trying to make the game! In the mean-time, I thought...

Small Update.
Further development of Tank'd is still on a hiatus.
We are constantly coming up with new ideas and exciting designs to improve our little blue tank that could. And we are all still extremely passionate about the project.

However we have moved onto different projects since it's creation, and the time just isn't right to dive back into development.

Sorry for the lack of news guys. Development has been postponed for a little while. You can download a little demo here --> www.playtankd.com Best played with a wired xbox gamepad.

Sorry Demo Has Gone Where Only Full Version Of Tank'd!

How about some update? No?

hi i know this game is still in beta and made for school but this game's concept have great potential.and i would very like that after the final release that it'll be continued to be worked on and maybe after the release a deeper customization system for the tanks (colors,shapes,..etc) may be applied.

this game is looking really great you guys, definitely tracking! Also, i think you should look into a multiplayer mode, would be pretty cool!

We just hit beta, things will be posted soon, we promise :)

Wow!
Love the ideas you have going for this!
Cute art style, but in such a way that you can tell this game means business >:)

Thanks Guys!
We will be posting new stuff soon.