A mysterious force has invaded and taken over Light City. Led by the Sky Hero, Rocket Rescue is an elite team of 5 pilots who watch over the skies. Since the invasion all of the Rocket Rescue team, along with the Sky Hero himself, have gone missing. All but one. Now the last member of the team must attempt to discover what happened to his comrades, while taking on the invasion single-handedly, and stop the impending doom!

Being developed for iOS devices, Super Sky Hero is primarily a side scrolling shoot 'em up style game similar to R-Type or Gradius, but it also includes elements of run and gun style games like Contra or Metal Slug. Take control of the last remaining member of the Rocket Rescue team, take down any enemies in your path, dodging enemy bullets and obstacles.

THIS GAME IS CURRENTLY LOOKING FOR BACKERS ON KICKSTARTER:

Check it out at Kickstarter Update 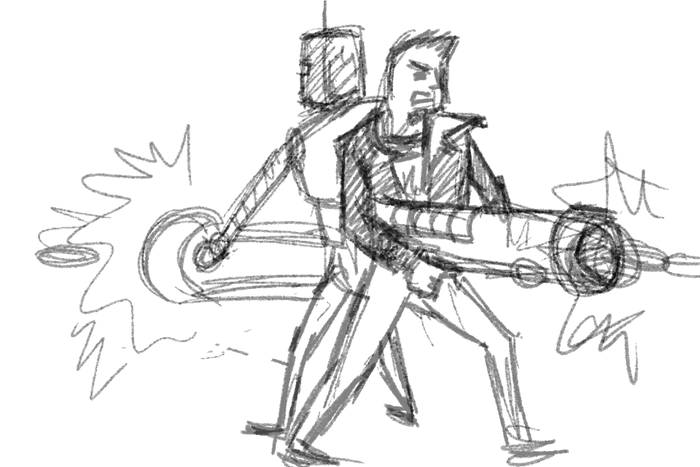 An old school inspired, pixel art, 8bit music, shooter being developed for iOS, help it get made on Kickstarter! A mix of flying (Gradius, R-type) and...