Super Sketch Bob is a 2D action platformer which gives you the power to draw ladders, bridges and trampolines to overcome challenges and save the day!

You play as Bob: 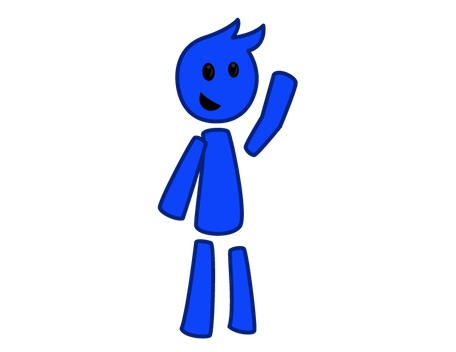 He’s a little doodle guy who lives inside a Sketchbook. One day, Bob finds the Magic Pencil, which allows him to draw anything he can imagine! But Bob’s sister Liz gets jealous of him and tries to take the pencil! 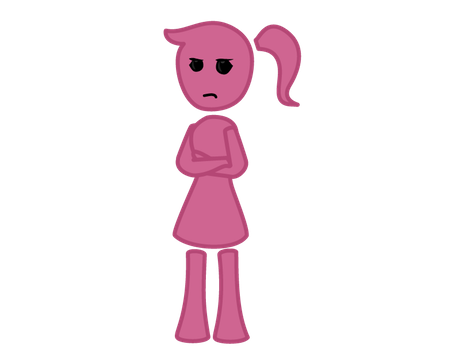 If you’re looking for a game with a whimsical art style, great music, and a new twist on classic platforming gameplay, then you’re probably looking for Super Sketch Bob! Don’t think so? Come see what else we’re sketching up.

A World in Peril

Designed with gameplay in mind from the ground up, Super Sketch Bob will see our hero running, jumping, and sketching through six different worlds and over 40 unique levels. Each level introduces a new obstacle you’ve never encountered before and challenges you to do what Bob does best: sketch around it!

Avoid angry enemies by bouncing over them with a trampoline! Protect yourself from a deadly fall with a bridge! Climb out of trouble with a ladder! The power of the Magic Pencil can be used to get out of most any scrape!

Super Sketch Bob will also include three difficulty levels in every level to create a fun and challenging experience for all types of players.

As you progress through the game, Bob will discover new power-ups to supplement his drawing ability. Hovering, wall kicking, double jumping, and what we like to call the Sketchy Sense will allow Bob to reach new heights, traverse great distances and, best of all, discover hidden goodies!

Wait, did we not mention the goodies? Because there are a lot of them!

Treasures of the Magic Sketchbook

As he travels the world, Bob will find several types of secret unlockables!

Play Dress-Up with Bob with these totes adorbs getups! Super Sketch Bob will feature over 35 unique costumes to give your game a bit of personal flair. You’ll find these in Costume Trunks scattered about the world. 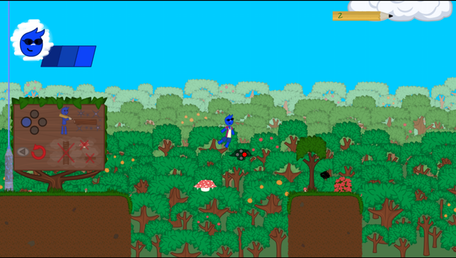 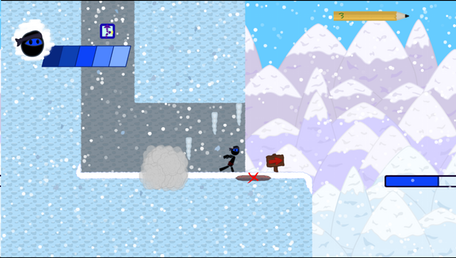 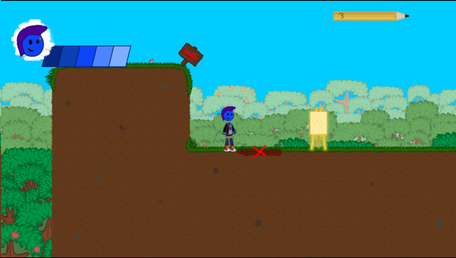 Liz has been erasing the world, but what did she erase? By using the power of the Magic Pencil, you can restore the world to its former glory. In doing so, you’ll find hidden pictographs. If you find all the pictographs in a world, they tell a story... 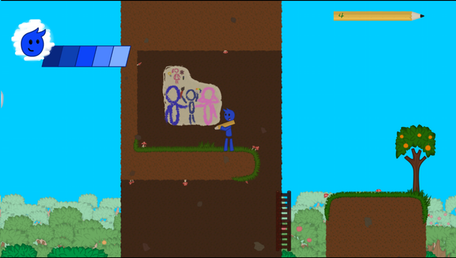 Ready for a challenge? Collect these hard-to-grab coins and you can unlock super special costumes you can’t find just hanging around in Costume Trunks!

A Whimsical and Freeflowing Style

The world of Super Sketch Bob takes place inside a sketchbook, so of course things look a bit... sketchy. But the fluidity of the art and animation mesh perfectly with the game’s freeflowing style of movement as well as the world’s sense of humor. What? Worlds can have a sense of humor. The other day Jupiter told me a knock-knock joke.

Bob will face all sorts of critters on his quest, and some of them are not very nice. The Magic Sketchbook is a beautiful, but dangerous place. Wild pigs, giant beetles, Doodle Devouring Plants and more will try to bring swift erasure to poor Bob. Let’s avoid them, shall we? 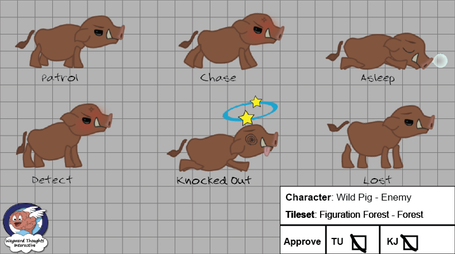 Wild Pigs are indigenous to Figuration Forest and are very territorial.

Who is Wayward Thoughts Interactive?

Wayward Thoughts Interactive is an independent game development team founded in August of 2013 by a group of close friends and talented individuals. We’re a small team who have wanted to make video games since the day our tiny minds could comprehend that was a thing people do for a living. With over 10 collective years of development experience under our belts, we believe we’re equipped to do just that. Our first project as a team, Frip and Froop’s Logical Labyrinth, was developed as a small, internal game jam title we conceptualized, put together, tested and shipped in only four and a half months to prove that we could not only build a fun game, but we could do it on schedule, under budget, and bug free.

Super Sketch Bob is the next step in our team’s evolution and we believe we have the passion and knowledge it takes to make something amazing happen. We are a team that wants to create games that challenge you in new ways, make you laugh, and allow you to experience something unforgettable.

Every aspect of our games are built on one simple principle: Gameplay First. Every design decision made in the game, every art choice, every line of code is guided by that principle.

To promote Super Sketch Bob and grow its popularity (top games), use the embed code provided on your homepage, blog, forums and elsewhere you desire. Or try our widget.

Up in flames is a 2D game where you control a firefighter who has to save people from a burning building. The firefighter has to jump over objects in...

Features Unique, easy-to-understand, but tricky to master controls. Fluid, momentum-based movement (once you get the hang of it). Over 100 levels that...

The game sees players taking on the role of a small animated cube of meat named Meat Boy who must save his girlfriend, Bandage Girl, from the evil Dr...

I Wanna Be The Fangame

A fangame based on the ever-masochistic "I Wanna Be The Guy" by Kayin, I wanna be the Fangame delivers a slew of new and interesting puzzles, challenges...

Greg Green is an outcast action hero who's past brought him from a political outbreak to a war against Tobacco Co. and it's notorious leader, Cigarstro...

Fat Fighters is a 2D brawl comedic adventure about the worlds greatest Fat Fighters! In the year 20ZZ, robots have made human labor obsolete. Without...