Welcome to the Wild West where your life is always at the point of a gun! You will be living surviving, trading and exploring a remote land with arid deserts, mazes of canyons and disputed towns. You can team up with your friends or try solo against the elements, other players and enemies. 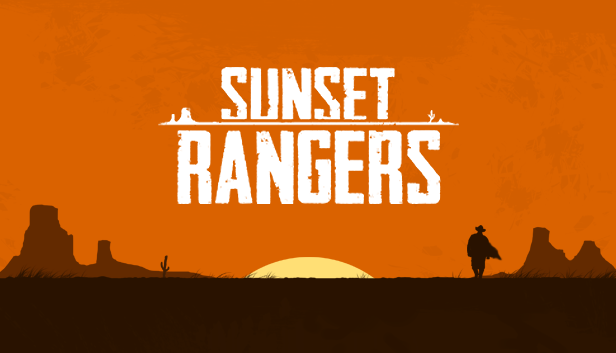 Sunset Rangers is a Sandbox in a random open world, with random events (from a simple hidden barrel to a giant worm that requires dozens of players to kill). In this dangerous world, you will need powerful guns, which are random too. And there’ll be various ways to get your guns: crafting, killing NPCs, buying or hunting players down.

These are the main feature that will be in the Alpha version, but wait, there’s more!

We already have a basic planning of how the Sunset Rangers will develop, but we are open to suggestions from players to help us decide how the game should be, leave them in the forums. This the list of features and content that are already in development, planned or only as an ideia for the game:

We will be reading the forum nearly every day, we are really open to suggestions and we will take the directions the community think is better. All the Roadmap can be changed if needed.

To promote Sunset Rangers and grow its popularity (top games), use the embed code provided on your homepage, blog, forums and elsewhere you desire. Or try our widget.

Zombie Mess is a fast-paced, arcady FPS where you fight off a wave of zombies, level up, then trade with other players and fortify your home.

When you put on the VR device, you will find yourself in a virtual reality battle royale so real that you can’t distinguish the boundary of the two...

For those of you that wonder “who is Red Gun”, I’ll say, welcome. You don’t know me yet, and I am a man with good manners. Let me tell you something...

Unforgiven is a VR game for HTC Vive that let you become a western duelist and face other player in a real shooting duel where a split second can make...

In Dark Forces, Kyle Katarn, a young mercenary successfully infiltrated the Empire. Jedi Knight continues the story of Katarn as he embarks on a quest...

Destiny 2 - this is a fantastic action movie, in which you have to go on a grand tour of the solar system. In an exciting story campaign, you will enter...