We're taking Tower Defense to the next level, by adding some new ideas, plus some old-school RTS gameplay to change the dynamics of the game.- Manually Triggered "Super-Turrets"...- Customise Weapons with XP...- Multiple Buildings to defend, each with a purpose... - Huge Campaign that keeps evolving over time...- Weekly Tournament for competitive scoring...- "Black Market" to buy/sell weapons... plus more!

When the player begins Campaign mode, they will be taken through the extended story (as shown in the intro of our video!) of how they arrived at the new planet. They will then be shown through 2 training levels to get to grips with all of the features - and then the real fun begins! ACHIEVEMENTS & UNLOCKS: You will start out with an extremely limited set of weapons, and 1 Base design to help defend the new world. As you progress through the campaign, you will unlock achievements, rewarding you with new weapons, and options. There will be literally hundreds of mini achievements to accomplish, ensuring the game has depth unlike anything seen before in a TD game. CONQUER THE WORLD: The level-select screen will display a map of the planet, allowing you to select the territory/level you wish to play. When you complete a level, the territory becomes yours! Once you have conquered the world, the game is only just beginning...RESEARCH: Over the course of play, you will earn XP. XP is spent on various things, but one the things you can do is donate it to your scientists for research purposes. Leaving Earth behind left the human race having to back-track our technology development, so you will need to research certain items that will aid you in your quest to conquer the universe!EXPLORING THE GALAXY: Once you have researched the transportation means, you will be able to travel to neighbouring planets in the Galaxy. Each planet will have its own set of Territories/levels to conquer, and each planet will have a new theme (such as Volcanic, Jungle, Blizzard etc.) and bring the possibility of stumbling upon new beasts to do battle with!

MULTIPLE BUILDINGS TO DEFEND!As well as the main Base to defend, there will also be a number of non-essential buildings to defend. Some buildings will generate extra resources, while others will help you in other ways - but the enemy will attack them as soon as they can, so it is up to you to defend these to. Having multiple buildings to defend adds a new dynamic to the traditional tower defense strategy, as you will need to decide for each scenario whether it is worth defending these secondary buildings, or whether you will need to concentrate defense around your main base.Once the game begins, you will face wave upon wave of increasingly dangerous enemies. The enemies will be on a mission of their own - to destroy your base! Once an enemy reaches your base, it will begin to attack - once your base has been destroyed, it's game over.Some enemies will have different abilities, for example while most enemies will need to reach the base to deal damage, some will have a long-range attack, while others will be able to temporarily immobilise turrets, or attack from the skies.VARIOUS GAME SCENARIOS:As well as the classic "Survive against X amount of waves" game type, there will also be game types that require you to:- Generate a certain amount of resources to win the game- Attack and destroy an Enemy Base- Surive and destory a huge Boss enemy. - Survive as long as possible / Infinite waves (for a better high score) - Perform unique actions specific to certain levels to progress to the next territory.

There is also much more planned for this game, but for full details please check out our website, facebook page and Kickstarter project.

We have had our Kickstarter project reviewed, approved, and launched! VIEW THE CAMPAIGN NOW!

﻿From basic pre-orders, to beta testing, to having an active roll in helping shape the game (by designing your own turrets, levels and enemies) we've tried to cover everything with the rewards available to pledgers...

But if there is something you'd like to suggest, we'd love to here from you - just send us a message either on here or through facebook/our website.

Full details of our features and gameplay information.

yes it should support Linux :)

ok great! thanks for the info 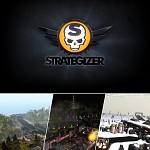