Stones of the Ancients

Stones of the Ancients is an old school fantasy role-playing game / dungeon crawler, heavily inspired by classic games like the Bards Tale series.

The adventure begins in the city of Briar Glen, which has been cursed by an evil wizard and now is doomed to live in fear and darkness. Most people either have left the city or were slaughtered by the creatures unleashed. Others felt victim to the curse making them an instrument of the evil. You will proceed by looking for clues, solving puzzles and getting stronger to survive.

Your party has to explore the city and the world map to find a way to defeat evil and break the curse. Movement is grid based and there is an Automap for every location. The world map is used for exploring and traveling in realtime. In the city you will find shops to buy basic equipment, temples to heal your wounds, trainer to advance your characters and a tavern where you can manage your party. The gameplay will not be strictly linear, you are free to explore the map. However, many places are locked or guarded until you find a clue or the strength to proceed. Most of the buildings in the city are deserted and can be searched for loot and clues but often they are obsessed by monsters.

The combat system is turned based, only the first row is able to perform melee attacks. Characters in the second row have to budge up if the frontman dies, revealing themselves to melee attacks. Positions can be changed during combat, but there always has to be someone in the front line for the second row spot. Every party member has an Auto Combat option, which repeats the last action or looks for a better one. Encounters are random most of the time and the only place for saving is the tavern.

Magic users can choose from two different classes in the beginning and switch to another class, as soon as they have reached the third spell level in at least one class. Once a mage has changed his class, he will start again at the first spell level of the new class and won't be able to return to or advance further in his old class.

The game is already in a playable state but isn't finished yet, projected release date is Q4/17.

Stones of the Ancients is on Steam Greenlight

Stones of the Ancients is an old school fantasy role-playing game / dungeon crawler, heavily inspired by classic games like the Bards Tale series.

You can support and vote for the game if you like it.

Stones of the Ancients on Greenlight 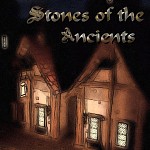 Tags
Embed Buttons
Link to Stones of the Ancients by selecting a button and using the embed code provided more...