This time we are developing a game for the adults, we have chosen to do this so we are not held back on the content we can add.

The short of it.

voodoo dolls are people too!

Stitched Up is a 3rd person hack 'n' slash platformer saturated with comedy.
We are designing a world full of interactivity for players to explore and uncover the mysteries of the underworld.

Soon we will create an article with a full list of planned features and a demo video, be sure to follow to be updated as soon as we do.

Players will be able to customize their voodoo thought their playthrough of the game by approaching dead voodoo dolls and choosing to take or swap items of clothing.

Although apparel with has no impact on your player's progression this will give players a sense of ownership of Gary.

Players will carry two main weapons (a blade and a gun), the first being a scythe that the player will pick up during the waking up cut scene and later pick up a small pistol within the first couple of sections of the game.

Using the same mechanic as the apparels the player will be able to improve their arsenal by approaching a dead voodoo doll and choosing to swap their current weapon with the new one.

During melee combat players will be able to attack, dodge, jump, double jump and climb with the camera being to the rear of the character with a slight offset to the left.

During gun combat, the players will be able to shoot, roll and jump with the camera being close to the character with an offset to the right.

Using the blade or gun to destroy crates, boxes, chests + more the player will collect hearts that are used as a form of currency that is used to pass areas and explore hells underworld, other items are also collectible from creates such as weapons.

Using gore to your advantage.

As Hell can be a fire infested place the player can become set on fire, by standing under dripping blood or slicing limbs off some foes the player can extinguish the flames, this mechanic works both ways, if the player is covered in blood they will be able to run through flames.

After the initial tutorial (The train station) the word will be laid out in 6 sectors that are unlockable using collected hearts. Each location will also have a locked area that the player will need to revisit in order to complete the game.

Although our protagonist is a stuffed voodoo doll we want to make sure he felt alive and that he does have feelings, this is where blend-shapes come in play, it's easy enough to give characters movement but to make them feel less of a puppet and more human the characters need to breathe and show expression.

By using blend shapes we can show how our hero feels by his facial expression as seen below, as Stitched Up contains a morality meter the heroes demeanor will change depending on your play style.

A 90s style platformer with modern mechanics and visuals:

In my belief, a game can feel very bland and boring without great visuals and environmental interaction,
in stitched up elements play a big part in how you can play the game.

enter a body of water or cover yourself in blood to be able to walk through flames without taking damage until you start to dry out, or use fire to your advantage by setting yourself on fire and heating up your synth for maximum slicing power at the cost of taking burn damage. these are only a couple of examples of how you will be able to use the environment to your advantage.

Using this system helps us maintain that classic platformer feel whilst you battle your way out of hell. 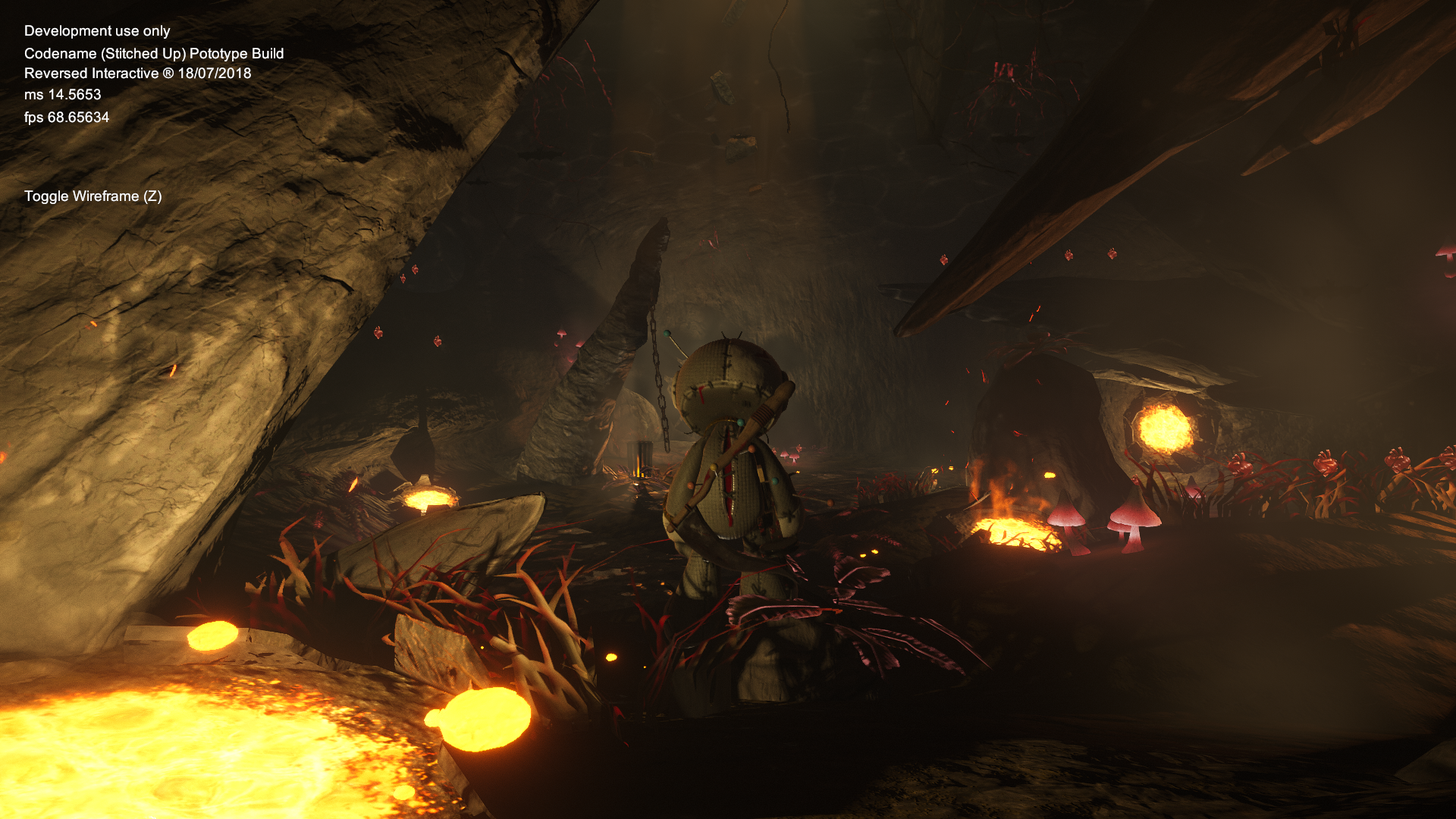 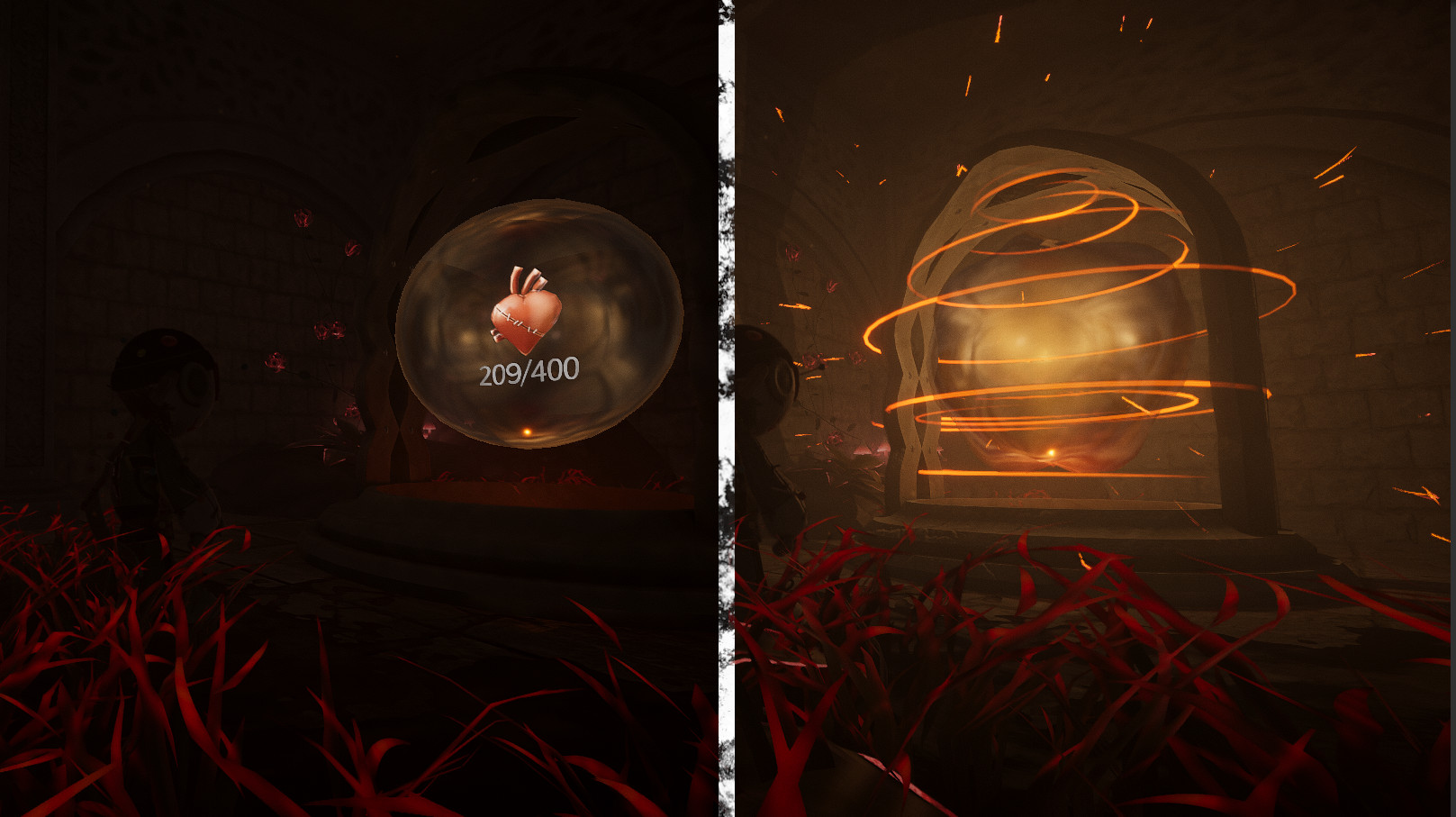 I hope you found this development log useful and I am more than happy to answer your questions.
I will try to release new logs as often as I can.

As the project leave the prototype phase, Stitched Up takes on a darker tone to bring pixel-perfect visuals alongside more in-depth gameplay.

Indie
Twitter
Tags
Embed Buttons
Link to Stitched Up by selecting a button and using the embed code provided more...