In Star Wars: Empire at War, players controlled an entire war for the Star Wars galaxy as the Rebel Alliance or the Galactic Empire. Now, they will face off against both of them in Forces of Corruption as a brand new third faction. As Tyber Zann, players will stop at nothing as they seek to further the sinister agenda of the Zann Consortium and become the most notorious criminal leader since Jabba the Hutt. With all new tactics like piracy, kidnapping, and bribery, players can control the shadowy forces of corruption in their attempt to rule the Star Wars underworld. 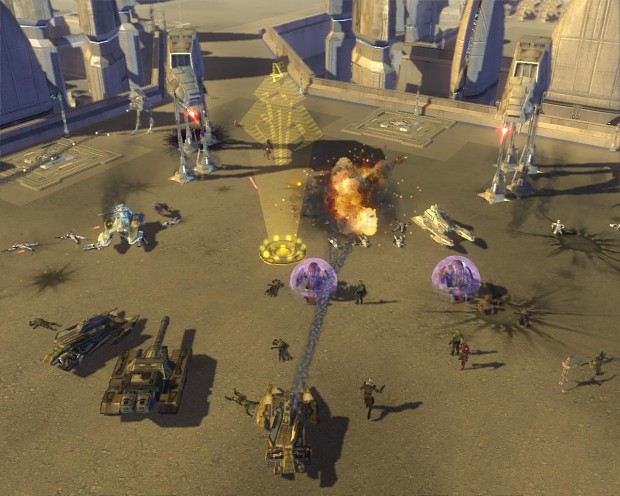 Get it on steam

Scale does not exist anymore