Jump, slide and shoot your way through hostile alien planet and survive.

So here is my not to long story about game development. The main goal was to play with vectors, nothing really complicated... just how I can do something like SMB game.

This is what it came to be after many nights of coding and placing blocks in Unity3d, 80 levels came to life, here is the trailer:

First level was created just for fun, and already then the green character was made with laser sword. When all the collisions where done right, Kenney(www.kenney.nl) posted his AbstractPlatformer graphic set: 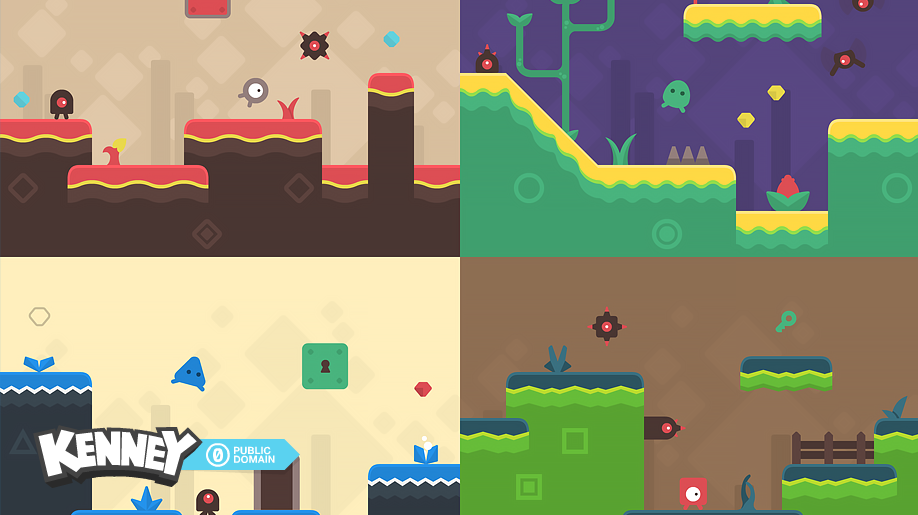 And that was it! From these images came the whole story, what could I want more.. but there was something, a programmer with graphics is still missing some music.

But then I found Juhani Junkala composer! Also from opengameart.org when he posted his action chiptunes, which are just great, but not really in the mode of alien planet platformer. Lucky for me he found some time and I found some funds to make possible to have custom made soundtracks for the game, and they are just great.

You can check out game and google play!! Currently only on android but ios will be coming soon!

You can check soundtrack at Super Green Soundtrack

Would forget, this game supports gamepads, which was one of the main goals when thinking about gameplay. I've got one of the smaller bluetooth gamepads for my use which are great to play with.

Out There Somewhere Platformer