Squad is now in it's Version 8 release, with heaps of performance based improvements and additions to the already team-work orientated gameplay only found in Squad!

Posted by OffworldIndustries on Dec 1st, 2016

The hype train has arrived! A monthly recap and Version 8 in one go!

After hitting one of Squad's biggest milestones with the introduction of vehicles in Alpha Version 7, we could finally focus on doing an optimization pass on the core systems now that all the underlying wires are connected. This was a team wide effort, with a lot of micro-optimizations quickly building up to a level of performance that the team is proud to present to the players.That is not the whole story though! We added a few treats to add more spice to the current gameplay and quite a few quality of life improvements alongside the main focus which was optimization.As more content and features are added, we're able to better pace the game to where we eventually want to go. These changes have to be implemented over time so the player base has a chance to adjust and adapt. This has been the trend for for the entire life cycle of Squad, and this patch is no different. We are steadily slowing things down so there is more time to breathe and those engagements feel more significant.Version 8 is now available via Steam and below is a full changelog.

We've done a major optimization pass over almost every single system in Squad. We've improved collision and physics performance, graphical and GPU performance, multithreaded major pieces of the game such as animations and vehicle updates, and many more performance improvements.Additionally, Effects have had a wholesale overhaul after some detailed profiling on both Intel and AMD machines. Optimization of shader implementations and a detailed pass over configs and best practices gave us a 10x improvement in performance of effects. This should greatly improve reliability of frame rate in large firefights. There is still a bit of work to do but the results we've seen are already worth the effort.As always, we will continue to improve the performance and optimize the game with every patch.

Added improvised rocket artillery variant of the technical for both Insurgents and Militia factions. This vehicle is hard to aim and use effectively, especially without the aid of a forward spotter and communication between driver, gunner and observer. Rocket artillery technicals can only be found in small numbers on large maps such as Yehorivka, Kohat and Chora. 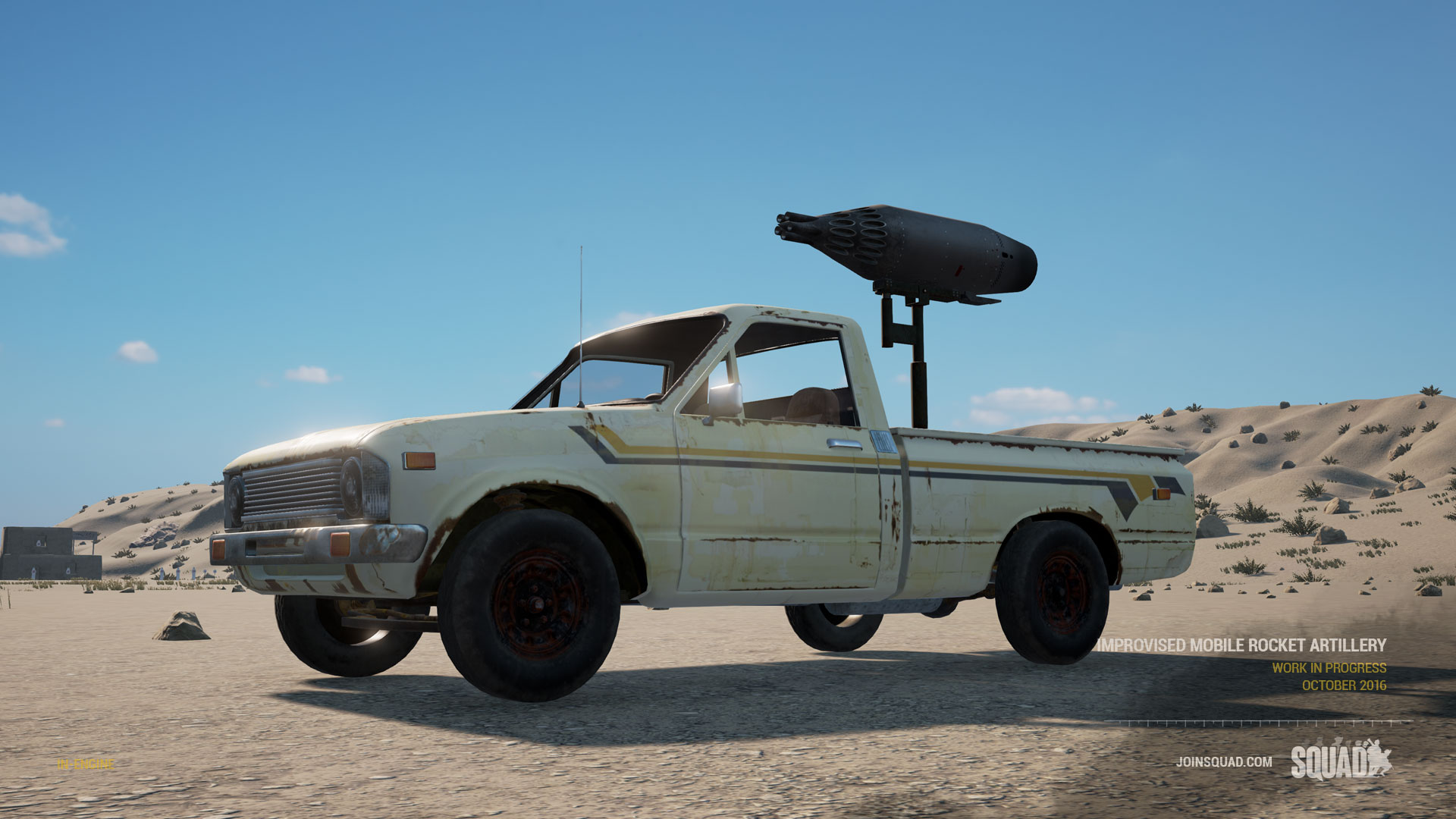 They are worth 20 tickets on destruction and have a respawn timer of 18 minutes, so stay out of trouble! Added a HMMWV variant that has the remote controlled weapon station CROWS on top, with an M2A1 mounted on it. This will provide much better protection for the gunner as he is safely inside of the vehicle, with magnified optics on his .50 cal machine gun. Be mindful of the long reload time. They are worth 20 tickets on destruction. 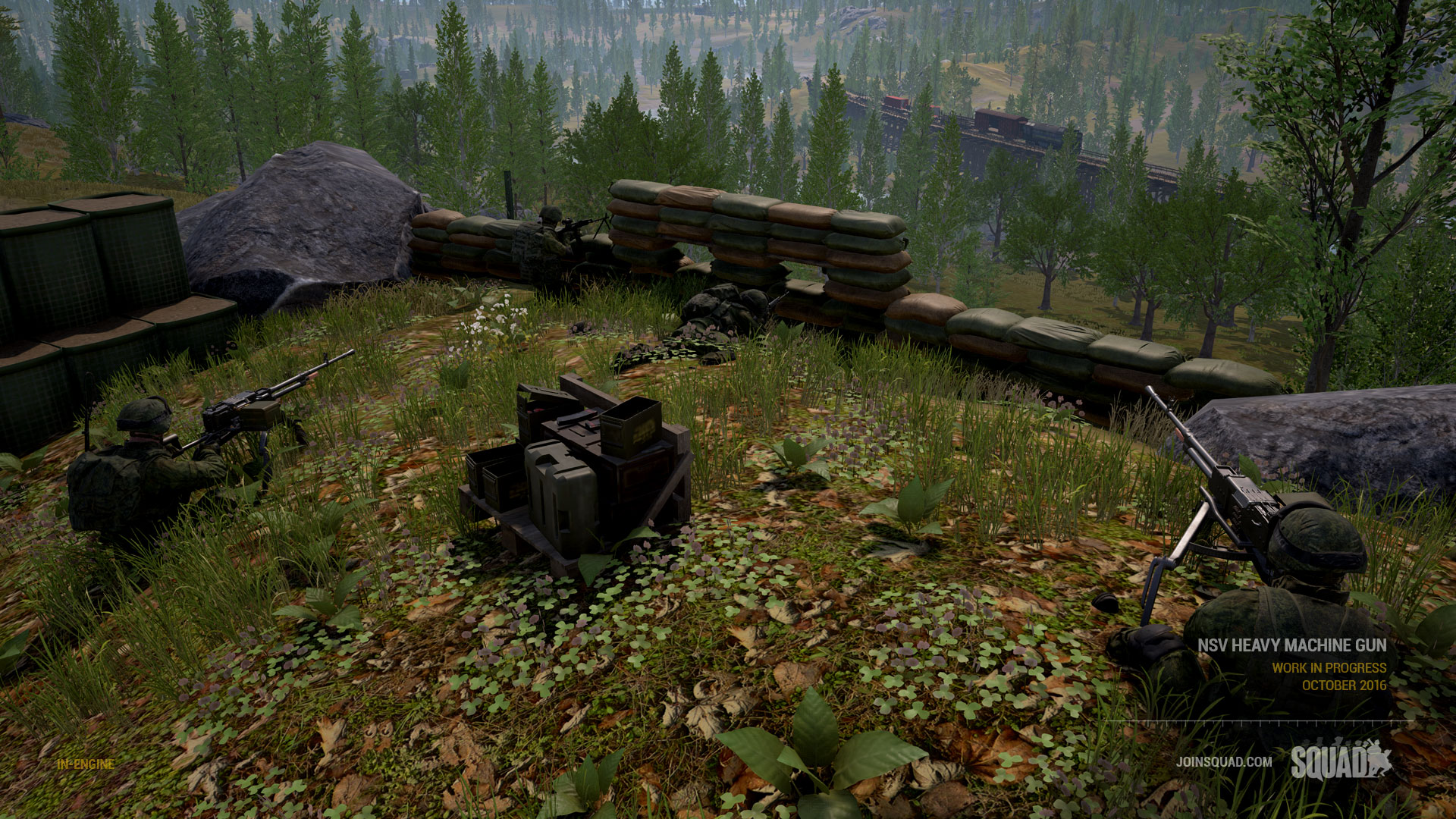 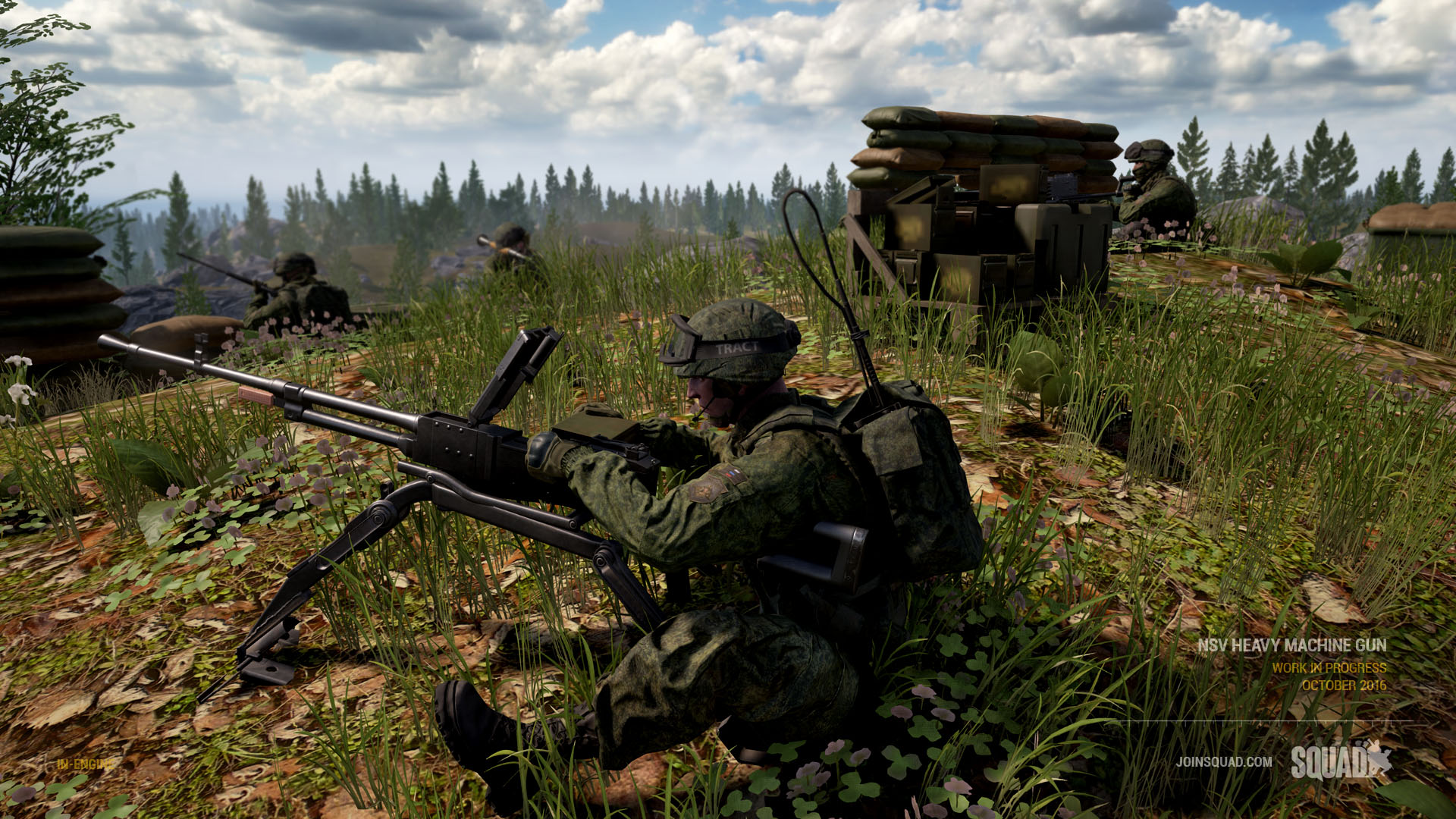 Added NSV heavy machine gun emplacement (Russians are sometimes right!) to the Russian faction. Firing at a blitzing 700 rounds per minute, this HMG is certainly a force to be reckoned with. It comes in both tripod and bunker form. Build cost is unchanged from the placeholder they have been using up until now. 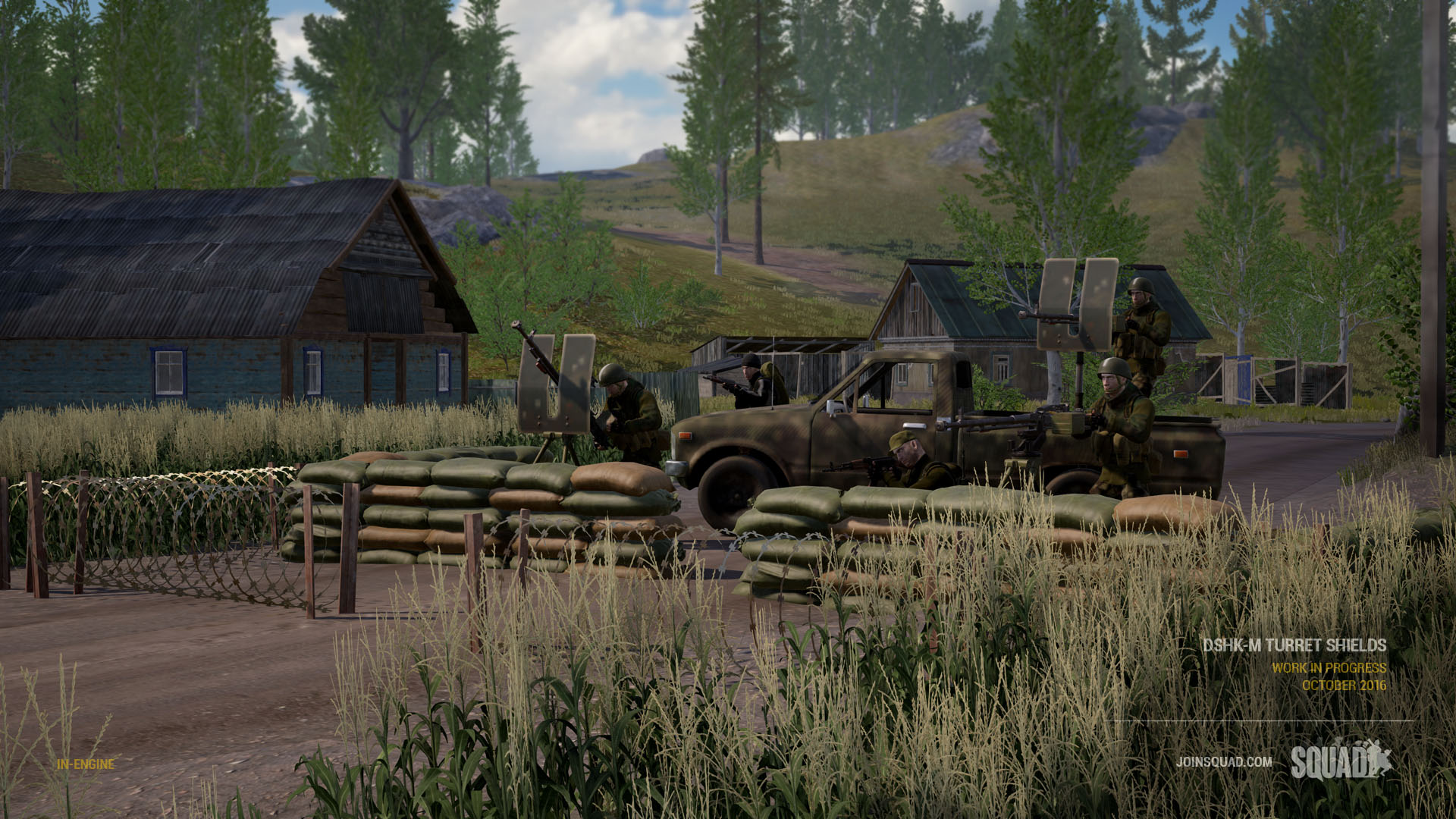 Added a forward facing shield to the Dshk machine gun. This can be found on both the deployable as well as the vehicle mounted version. There are still unshielded versions available for those that prefer greater visibility over front facing protection. 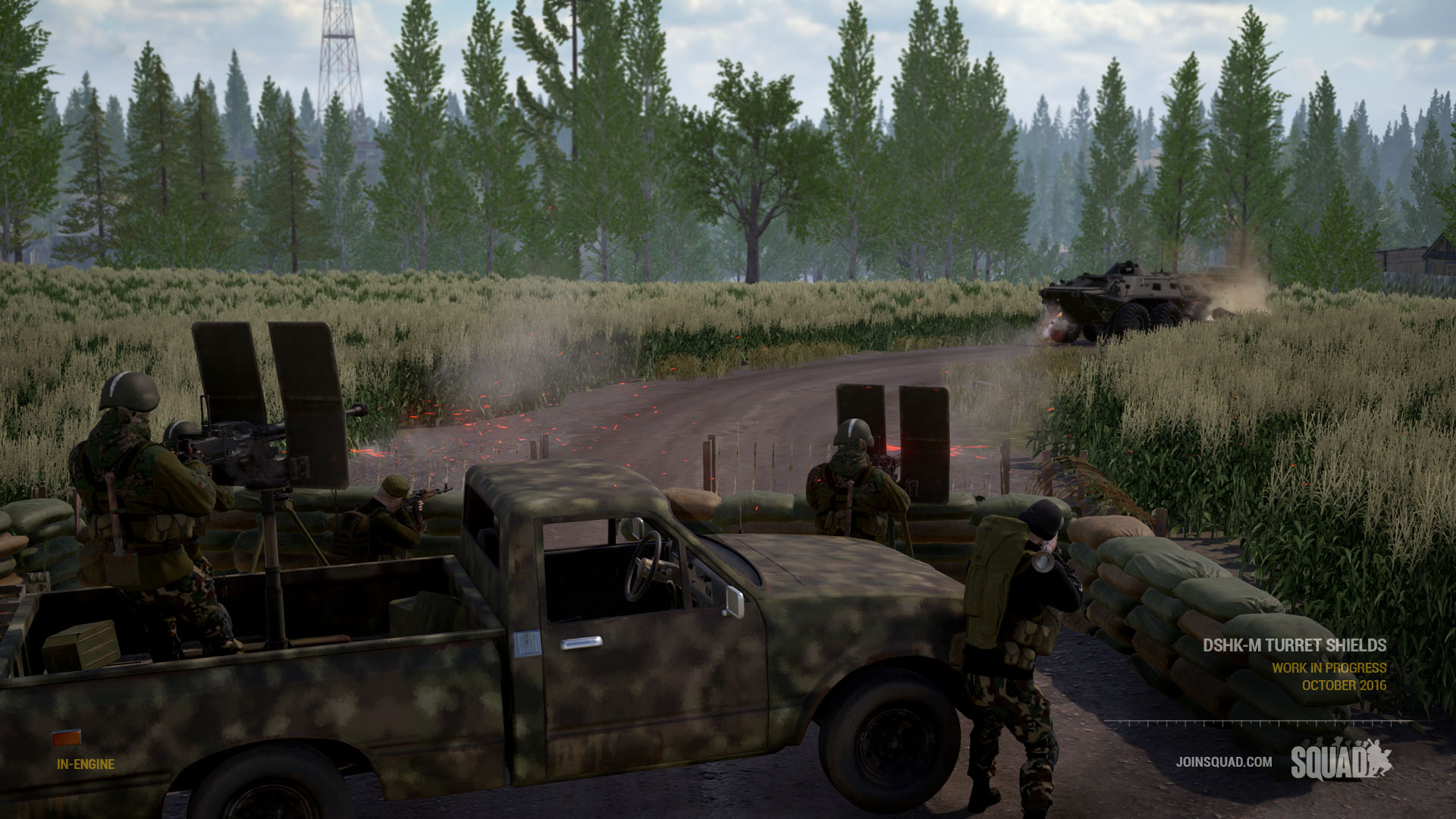 Added experimental environment penetration for heavy machine gun calibers. We will be watching closely, if all goes well expect small arms to get a similar treatment in the future.

Added penalty to weapon sway when you have low stamina. The lower the stamina the worse the sway will get. Be aware of your movement in hostile territory.Slightly increased visual suppression effects across all weapons.

We have done a huge lighting pass on all the maps in order to unify the quality and look of the game. Each map now has at least two lighting scenarios using custom skyboxes in order to provide variety and to help players identify gameplay layers more easily. Some key areas such as Fools Road tunnels got a complete overhaul as well, using lighting to help direct players. Additionally, our post processing has been unified to ensure effects such as bloom, ambient occlusion and lens flares are enhancing all our maps. 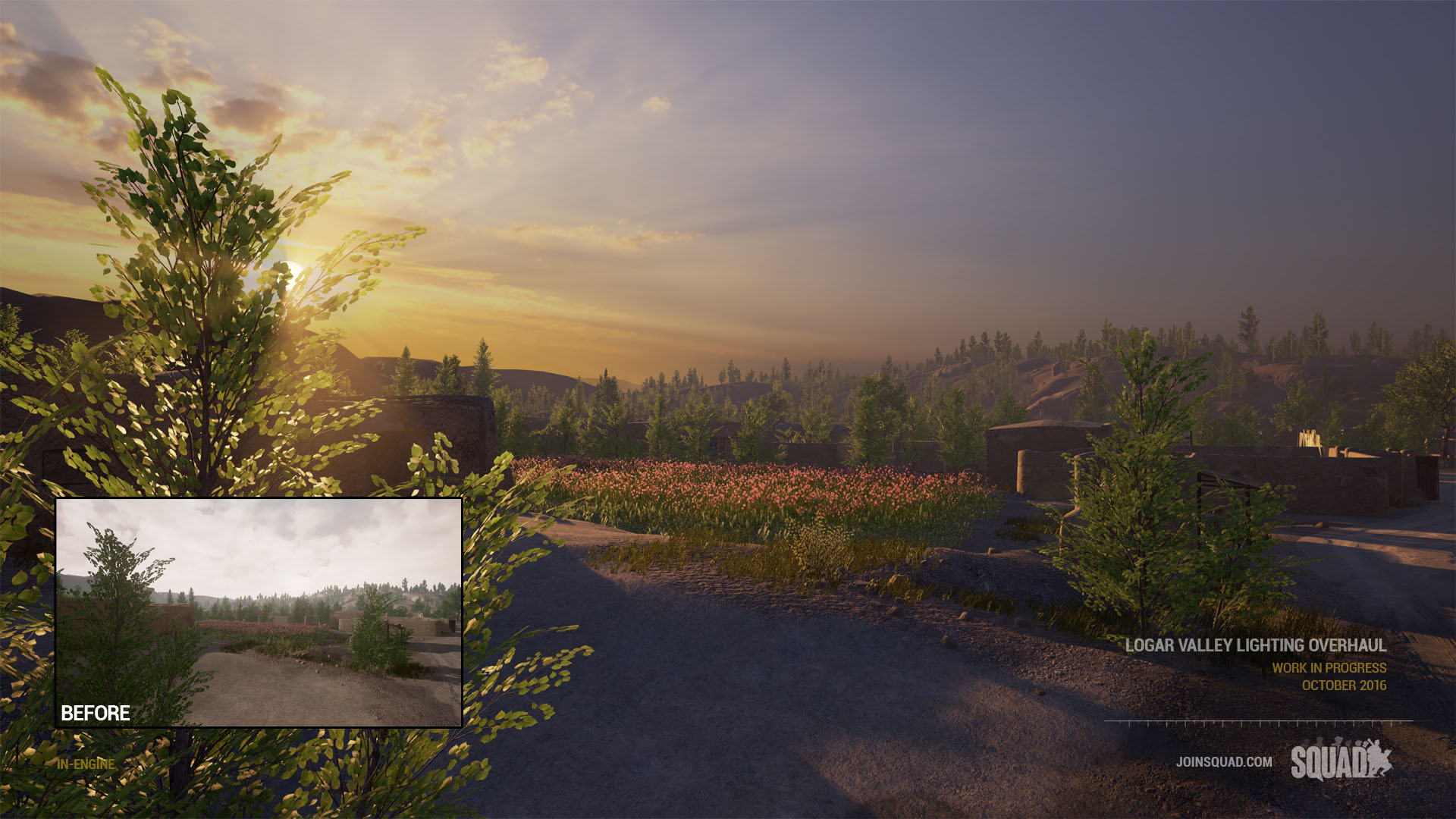 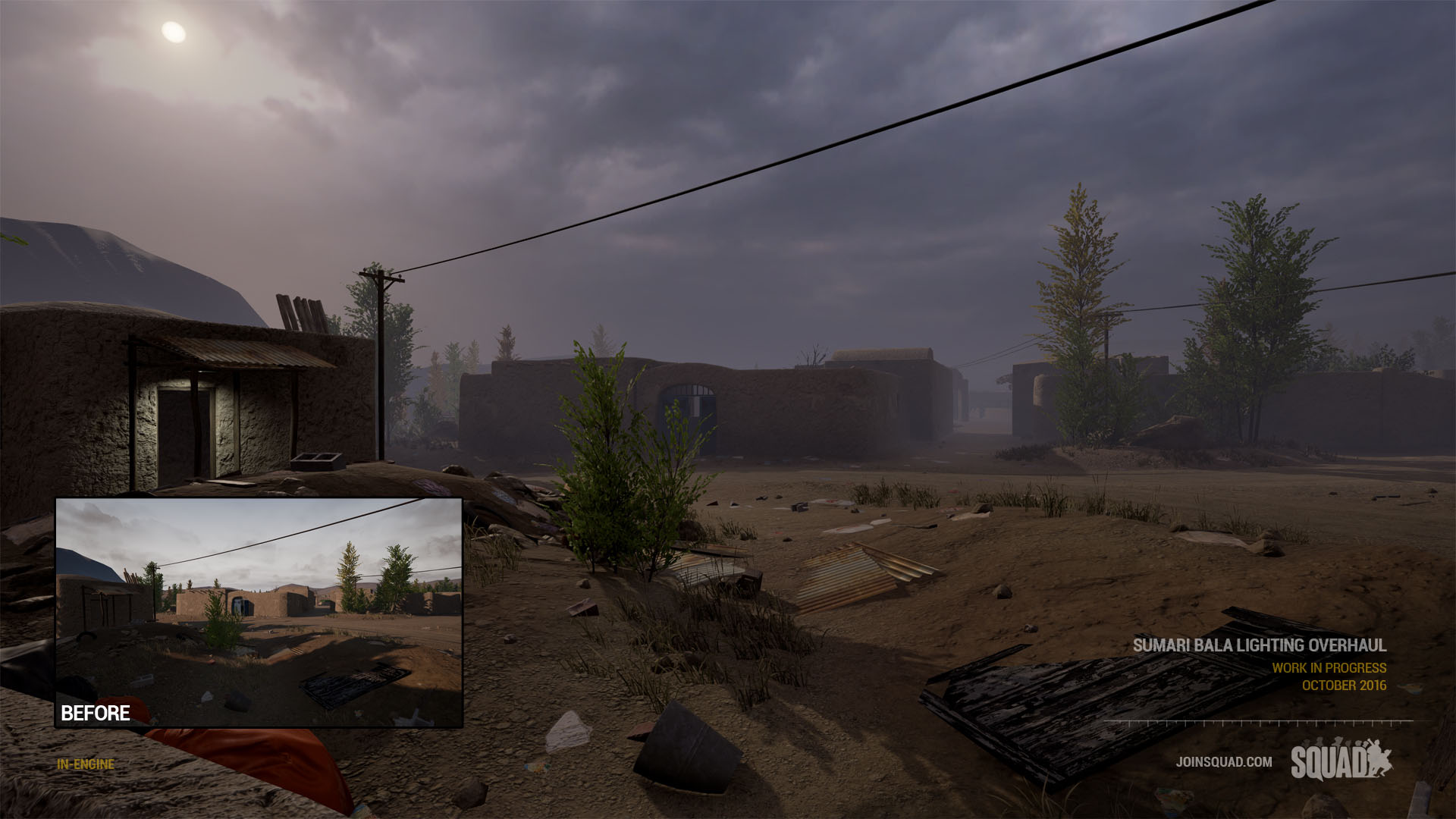 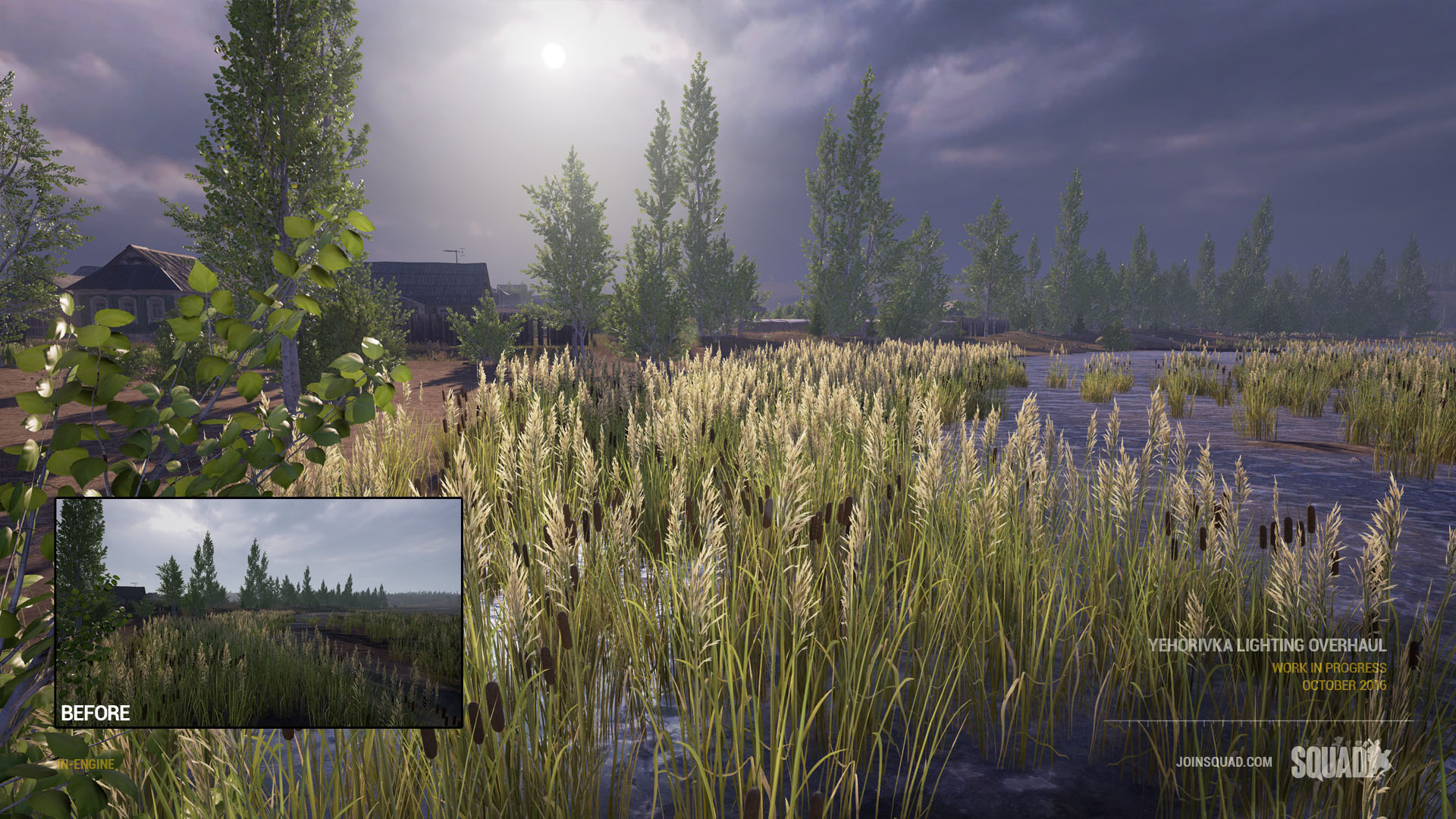 In the future we will continue to push our lighting tech further but in this pass we had to be careful not to work against our main focus for this update, optimization.

We've dramatically improved the Server Browser, switching to an asynchronous update method where results are streamed in as they come in. We've also improved the sorting, so that server entries are sorted immediately upon being added to the browser and fixed a number of issues where the server browser would show incorrect results or fail to refresh.. 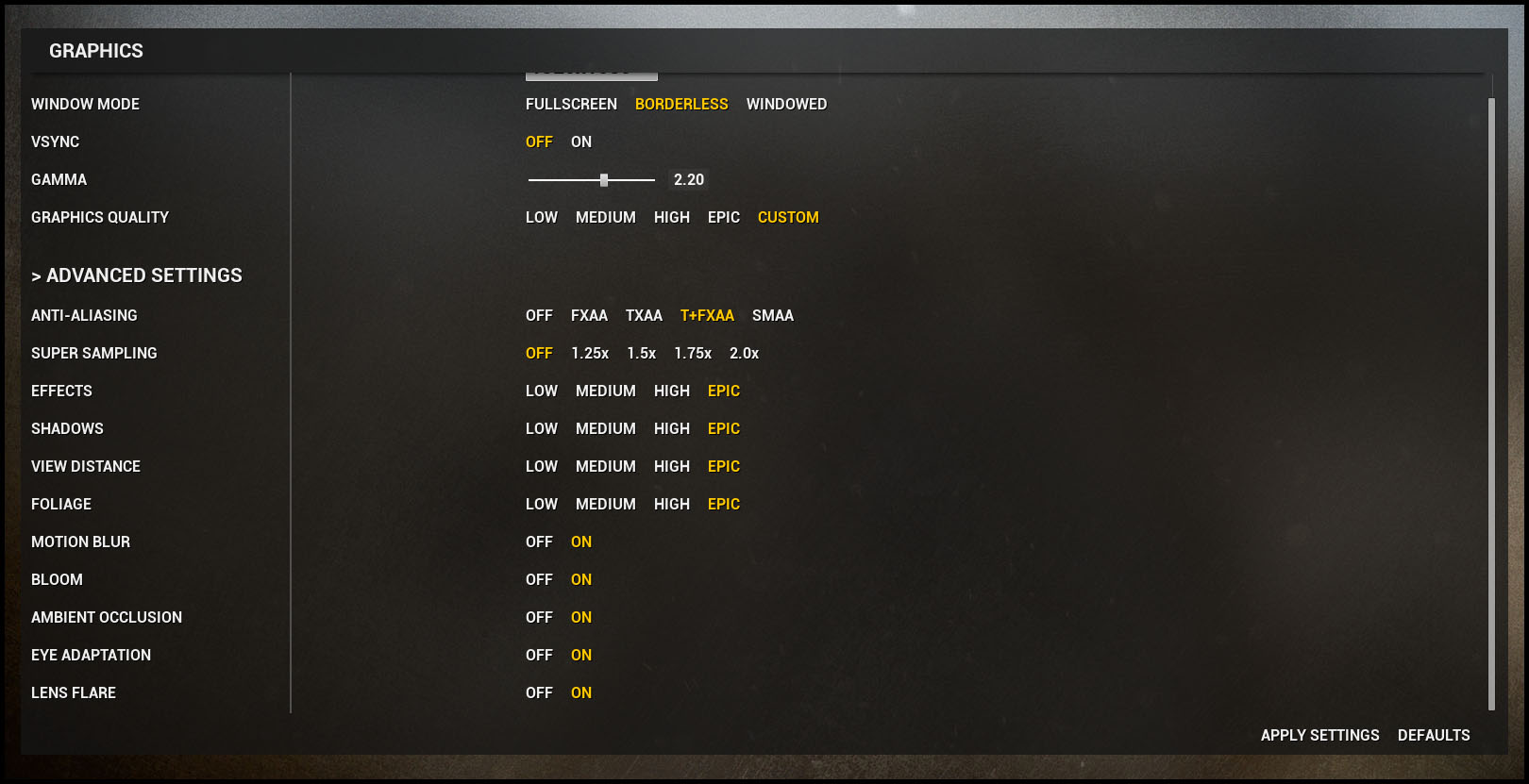 Our new programmer Zak, with some help, has vastly improved the Graphics Menu, improving a number of options and simplifying some of the more complex choices in the menu. We've also spent some time to auto detect a number of settings that were previously exposed, as we've found that incorrectly setting them would negatively impact users performance.Finally, we've added a few tooltips to explain what each option does to help users better understand the performance impact of changing certain graphics options. We also added a button that will clear out your cached user settings, just in case something goes horribly wrong.

We want to remind players that time spent incapacitated waiting for a medic counts towards respawn time - so hang in there and encourage your squad mates to fight their way to you instead of giving up and looking at the spawn screen for a long time. And now for the changes: 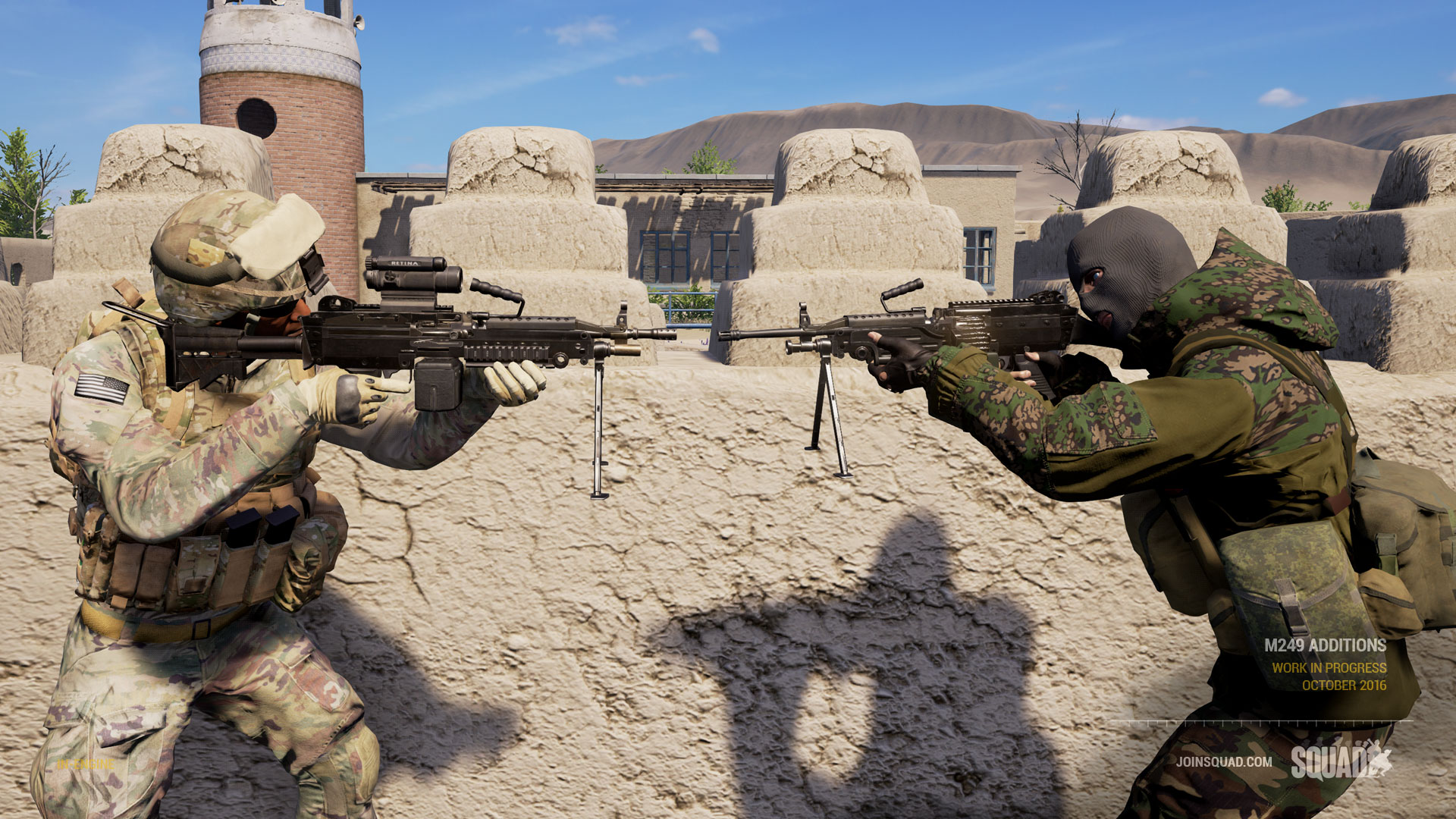 We've added all new artwork with more functionality. New player icon artwork has been added for squad leader and medic, making them easier to see in groups of squad members. Current bearing is now displayed in the middle of the compass, all vehicle positions now work correctly with the compass, and compass now fades out towards the edges. We've also done a complete rewrite of the compass in C++ for better performance. 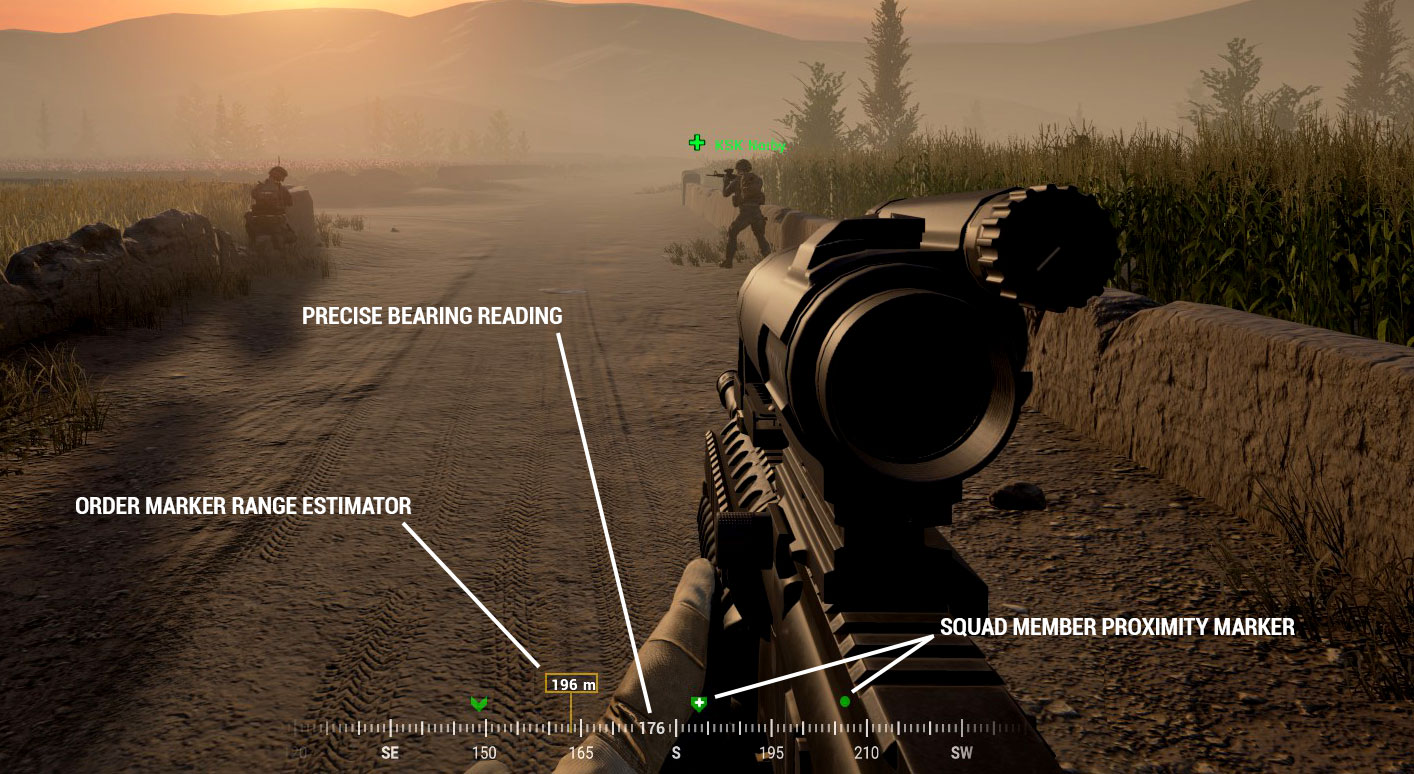 The direction and distance to the latest squad marker is now shown on the compass in increasingly larger meter increments. 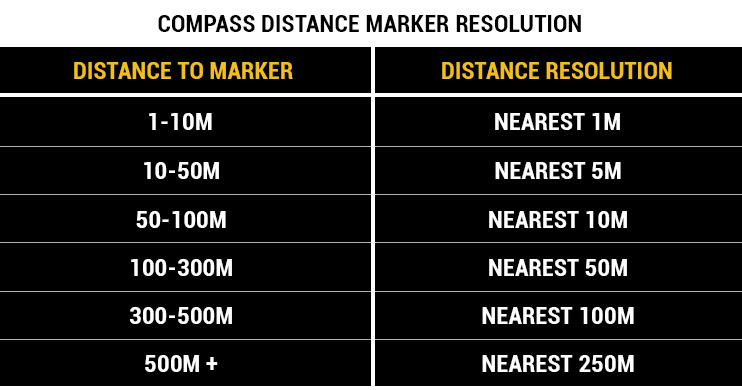 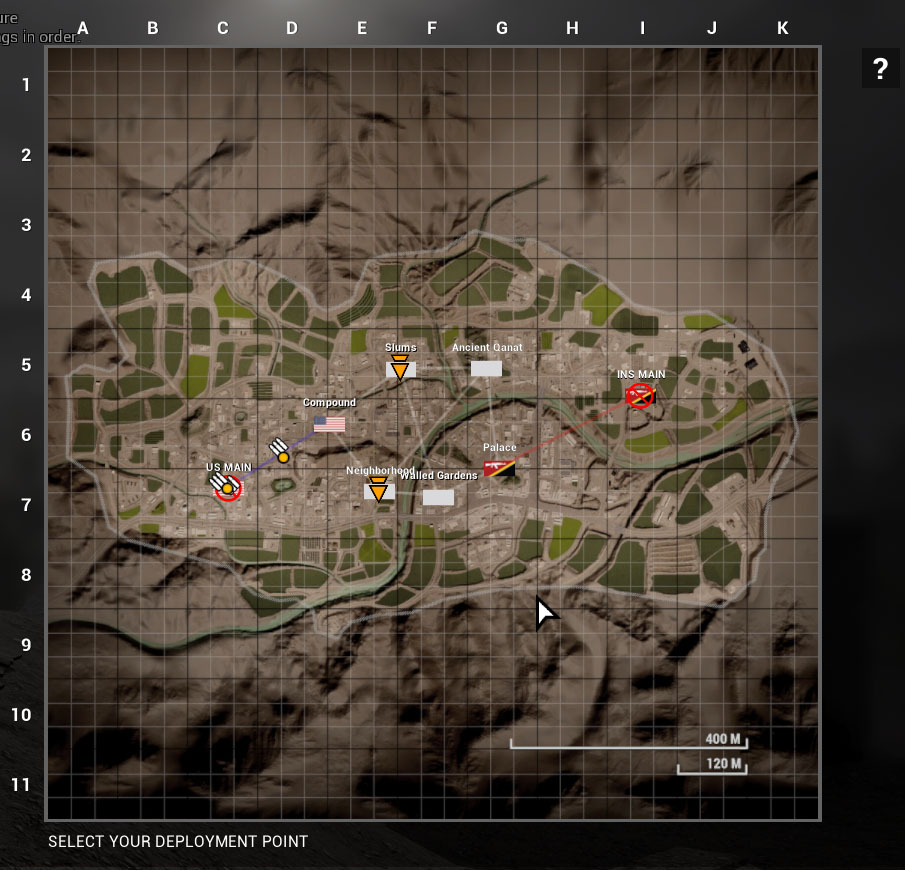 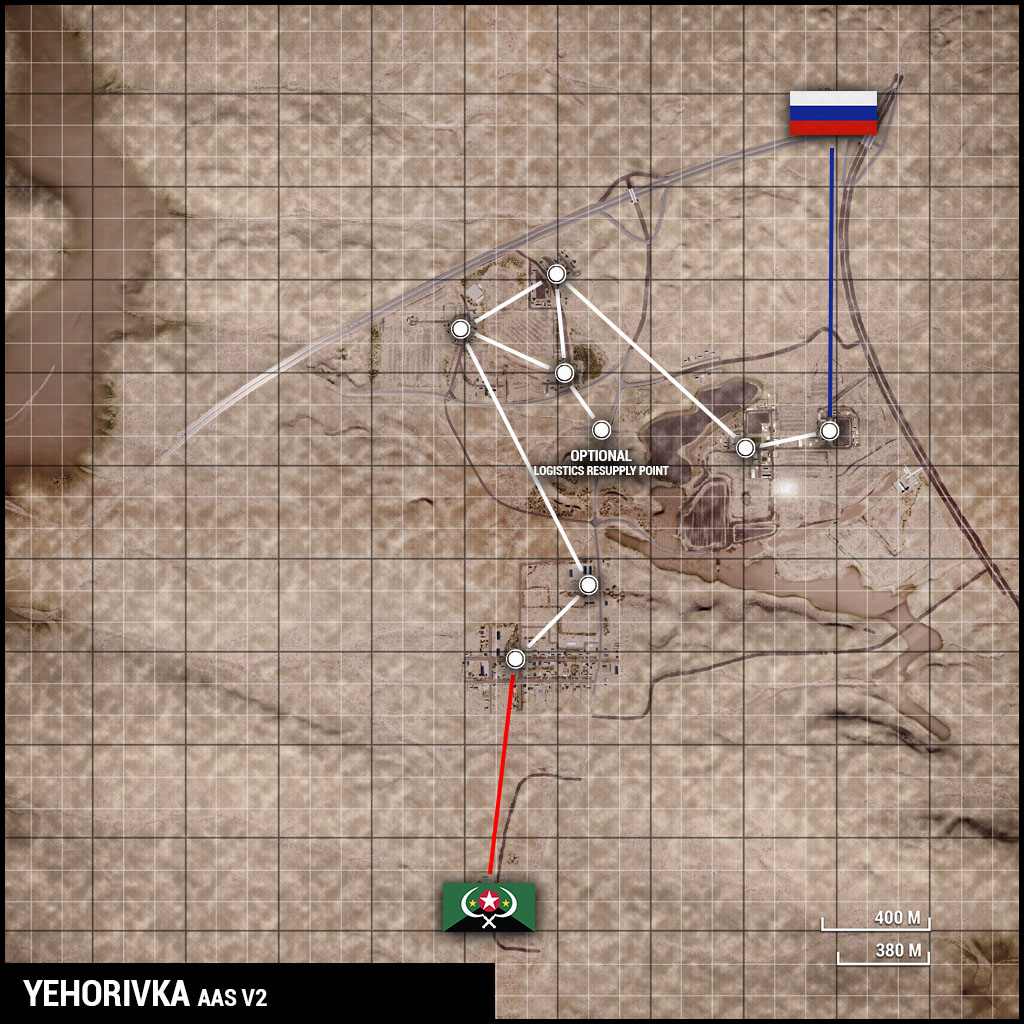 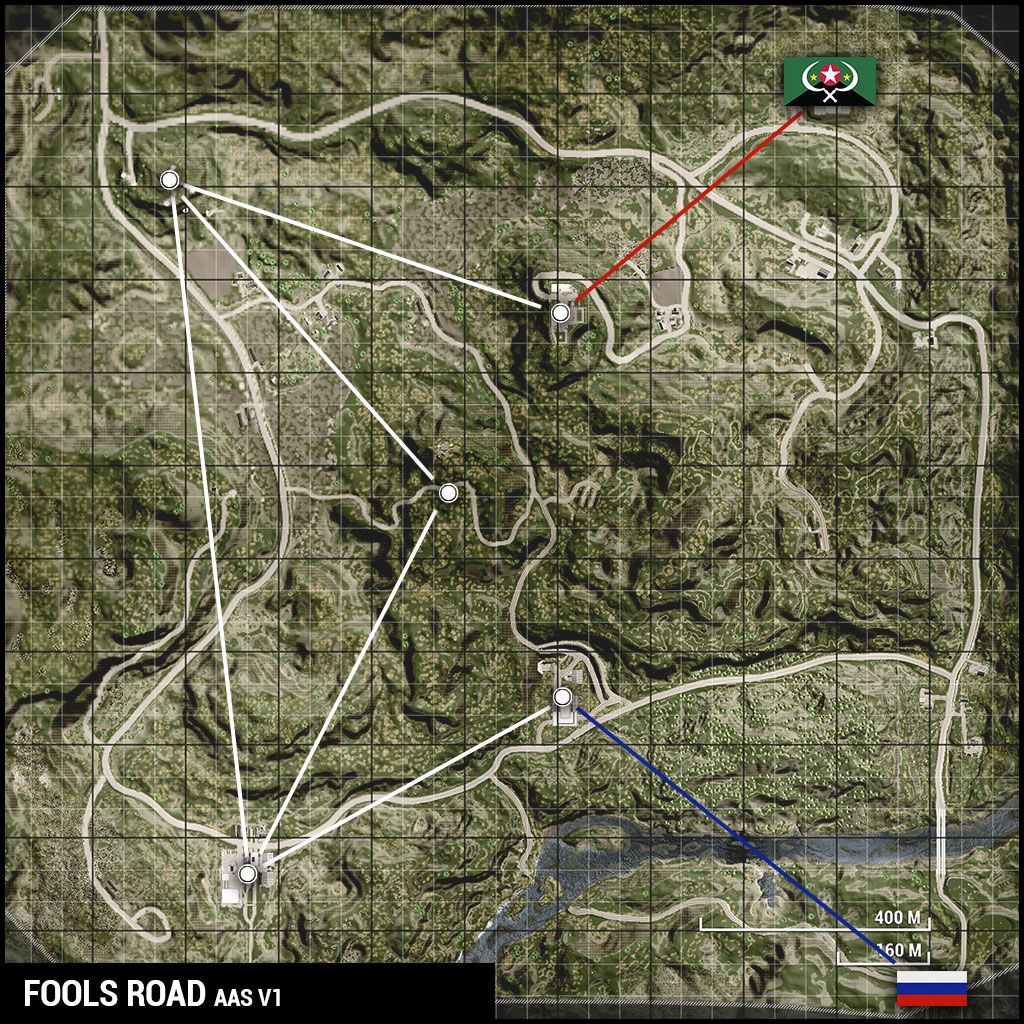 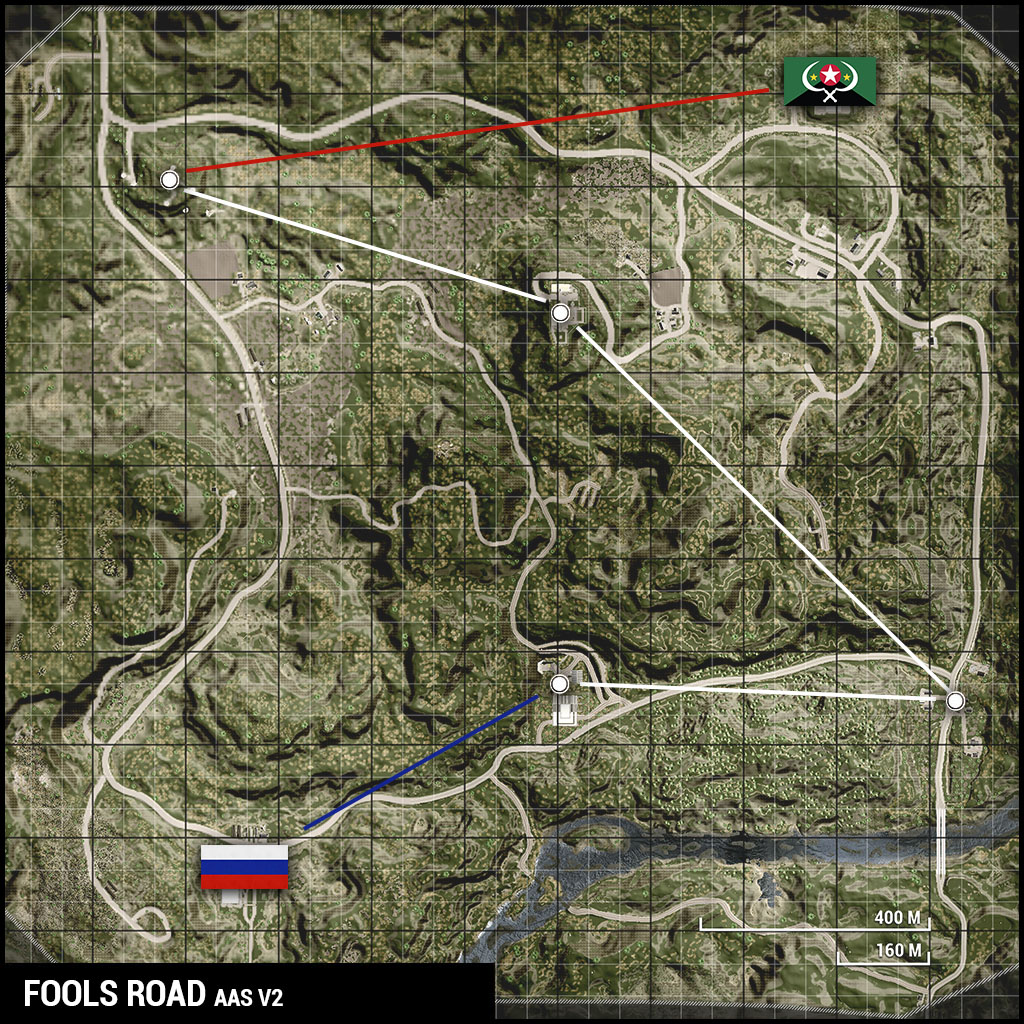 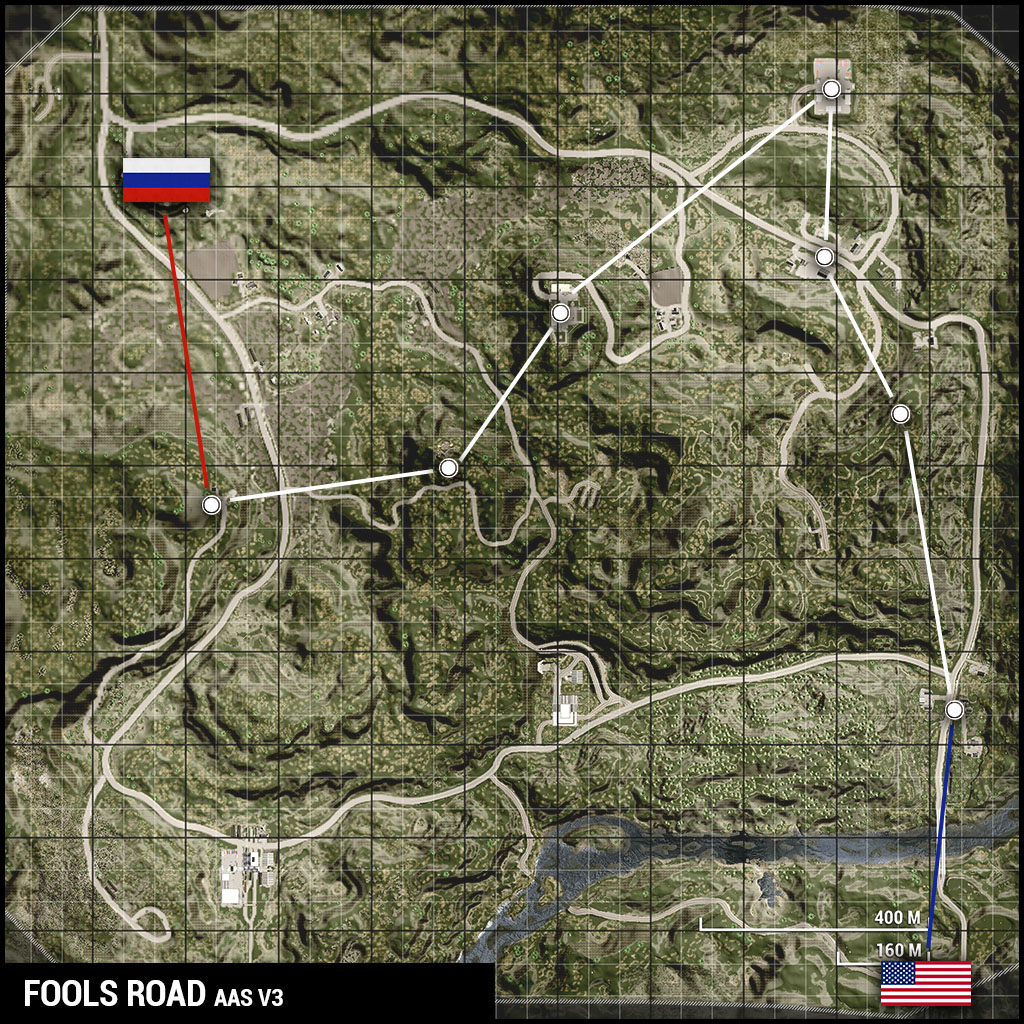 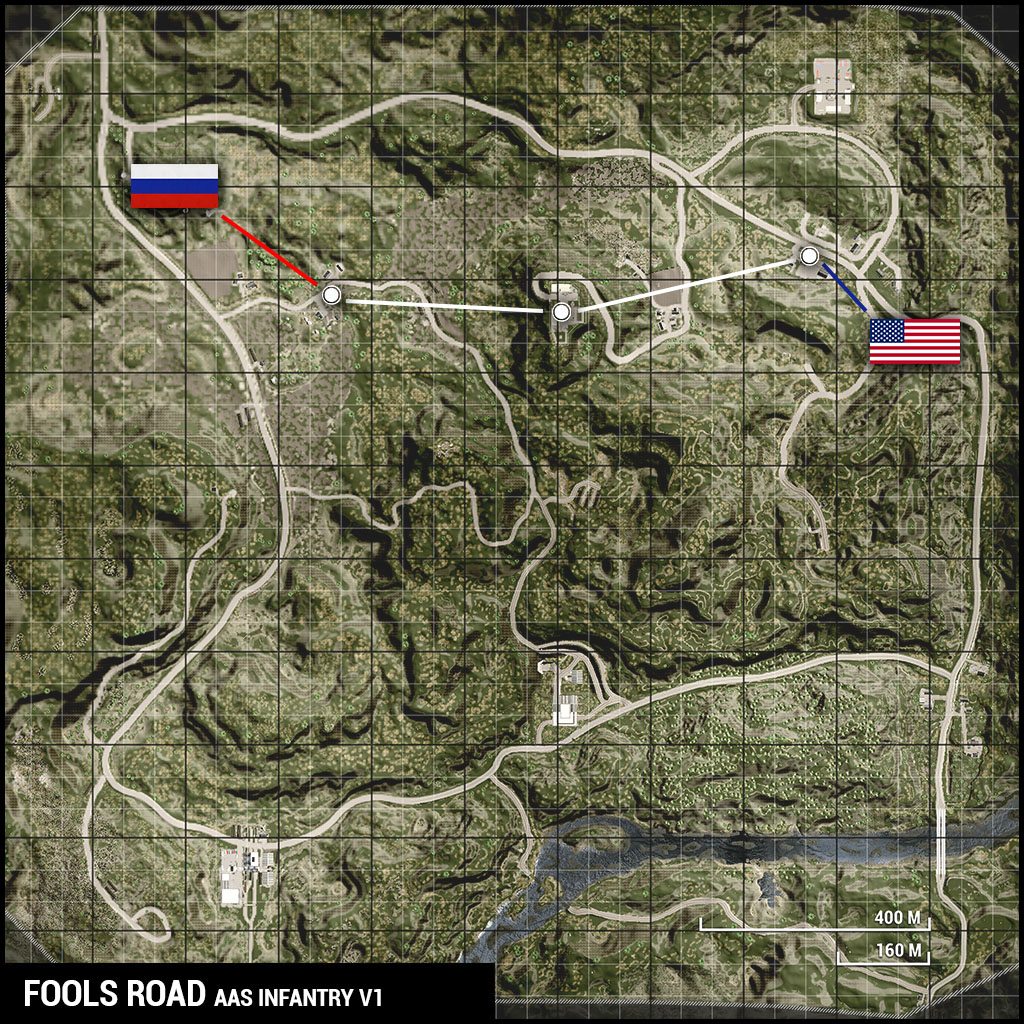 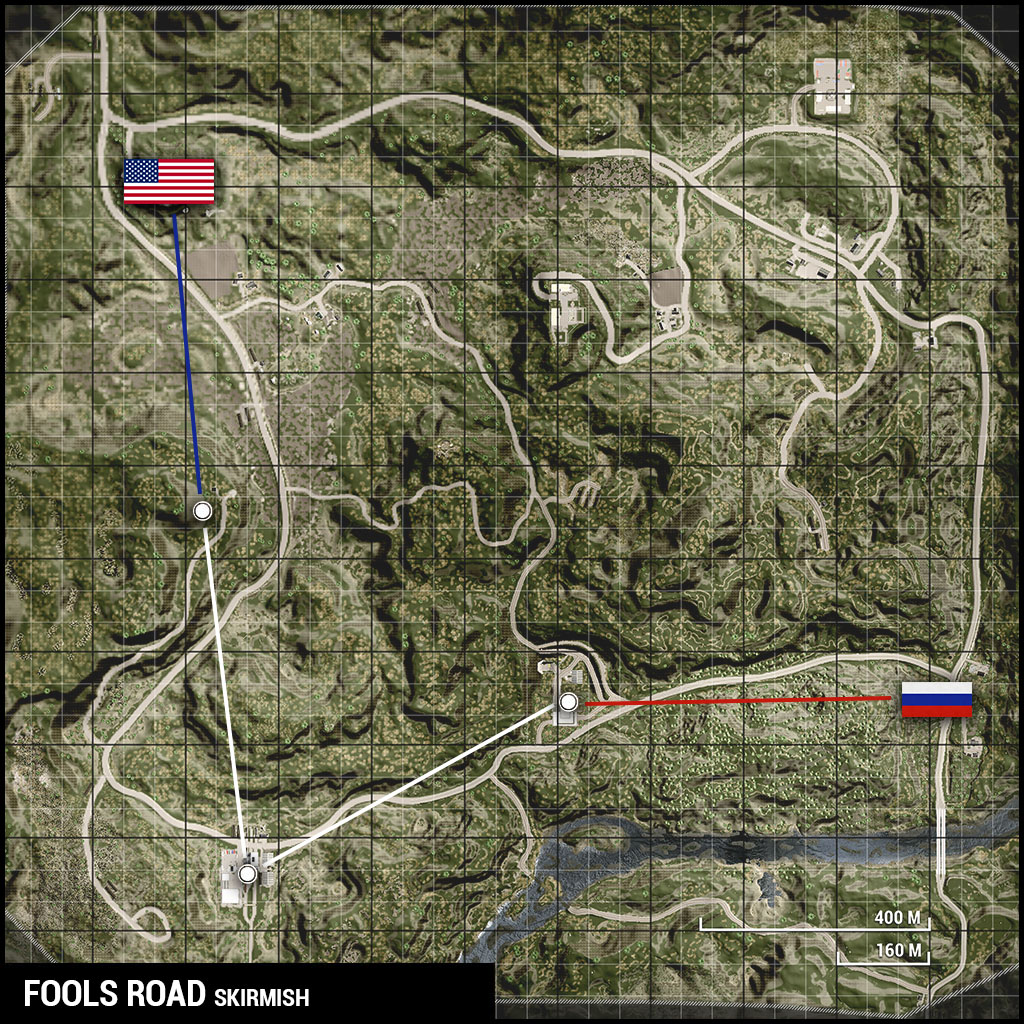 Squad Wiki MakeoverBefore we sign off we'd like to draw people's attention to the recently revamped Squad Wiki! Wiki Admins TomNedry and Usgu have worked hard at improving the overall look of the site to bring it in line with the main website and forums. Underneath there's still a lot of work that needs to be done, and this will continue as the game develops. If you are interested in contributing to the wiki, head over to the Community Portal, or even better, get in touch with TomNedry and Usgu - they are always looking for helping hands. 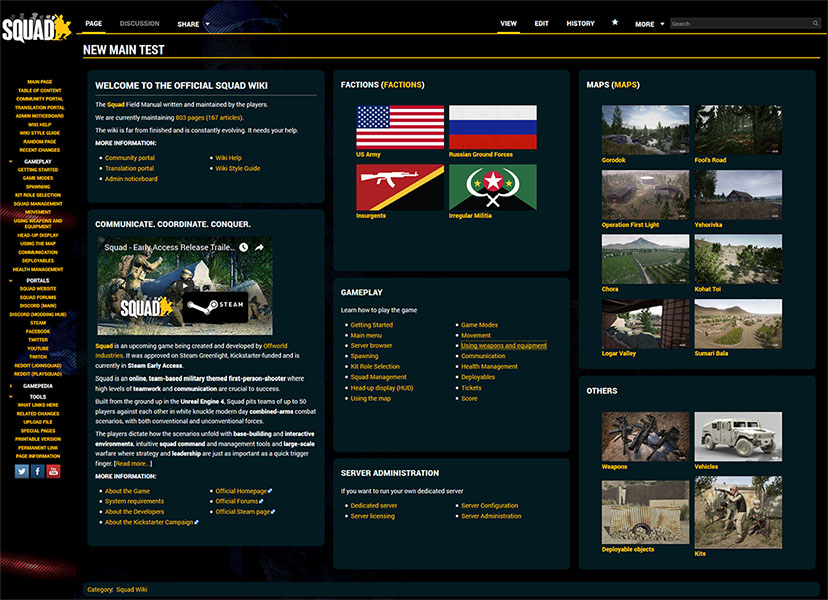