Squad is a 50 vs 50 multiplayer first-person shooter that aims to capture combat realism through communication and teamplay, emphasizing both strong squad cohesion mechanics as well as larger scale coordination, tactics and planning.

An important update from OWI just arrived : Modding 2.0, as well as the arrival of the DLC. It's time to give you somes news of SMF too !

We have been silent last months, but don't worries : Tactical Collective still work on SMF, and we have never been so close to a first release ! As you will see, the team worked hard on ours maps and our French contents for Squad. Let's see it.

Legion is improving his huge map for months, again and again, and it was the moment to continue testing our models and especially the vehicules. Nexus made a great work by programming them, and be sure that he will make them perfectly operable.
As you can also see, some modifications have been added to armoured. 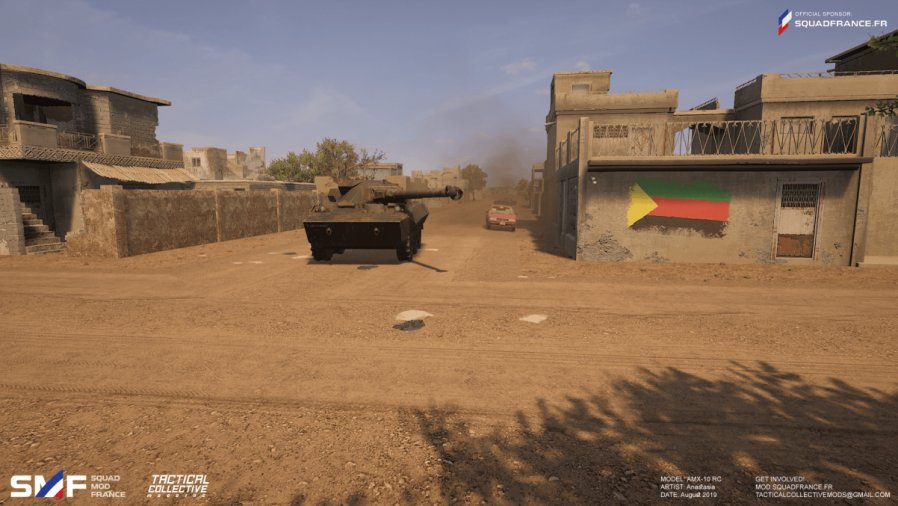 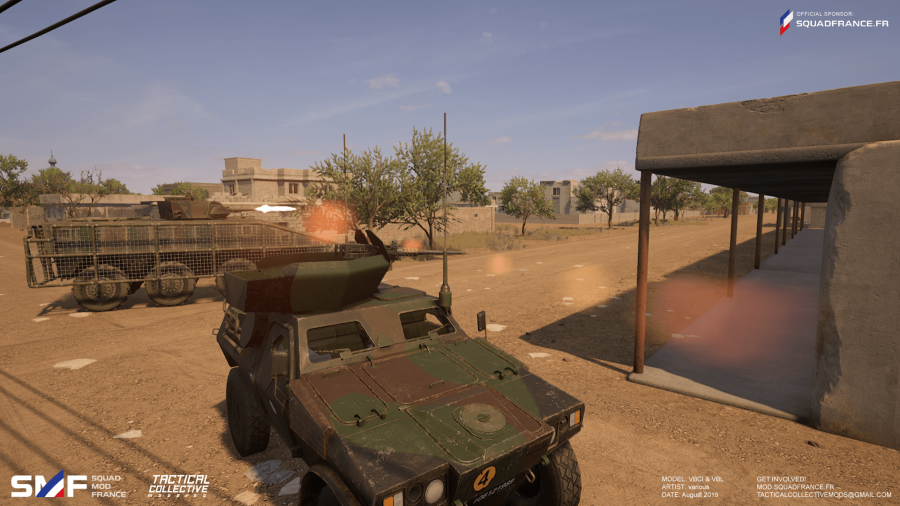 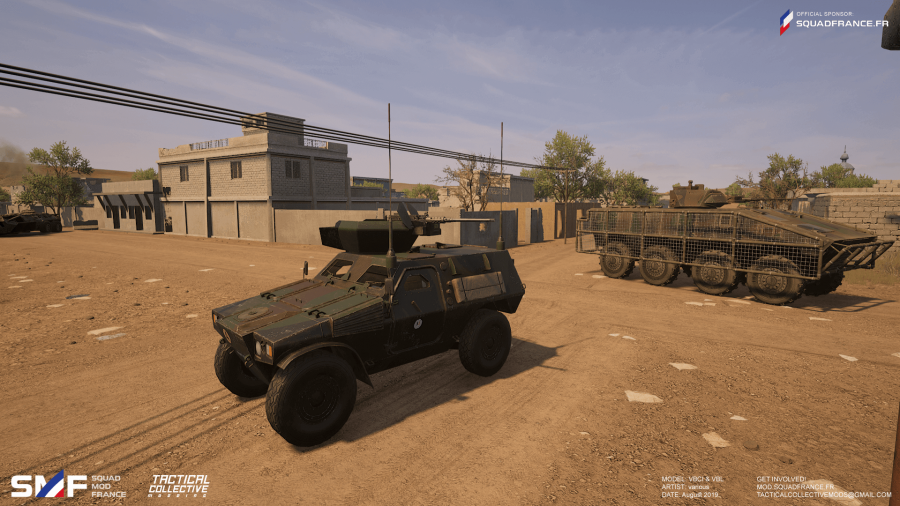 New Anti-RPG cage for the VBCI. And a Cal.50 Turret for the VBL. The VBL will also have a 7.62 version, coming soon. 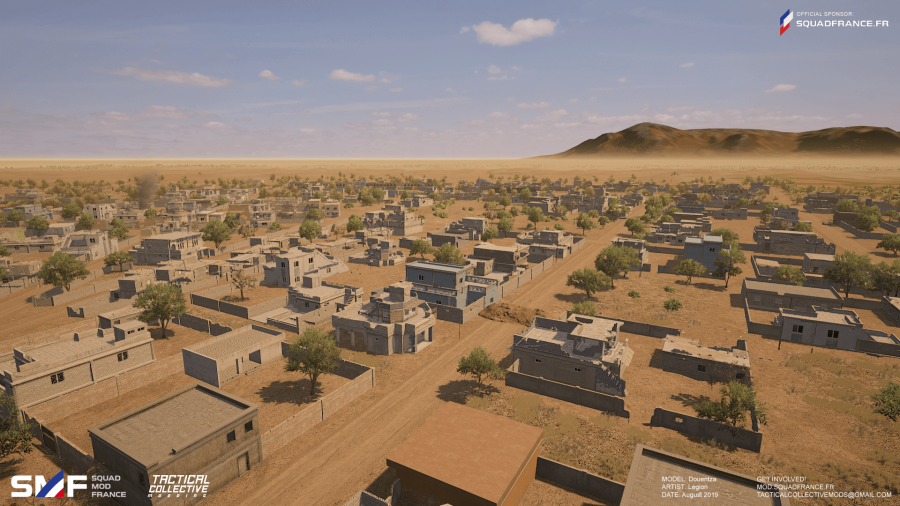 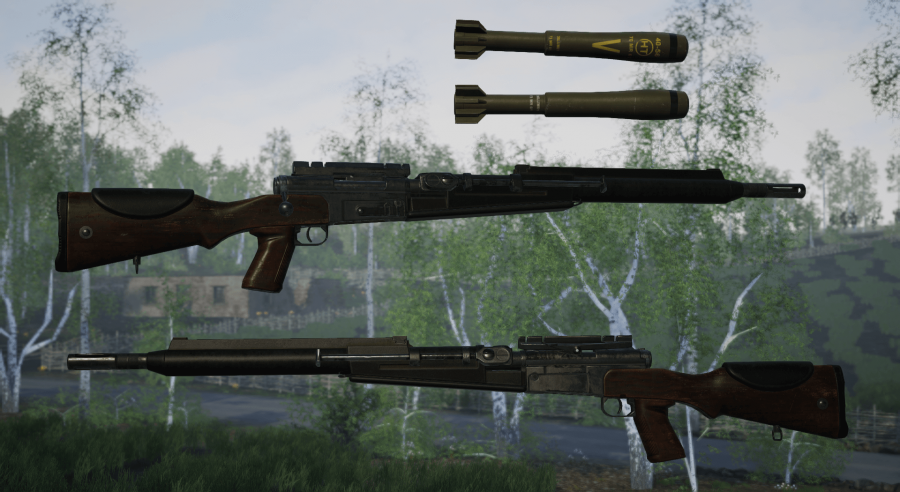 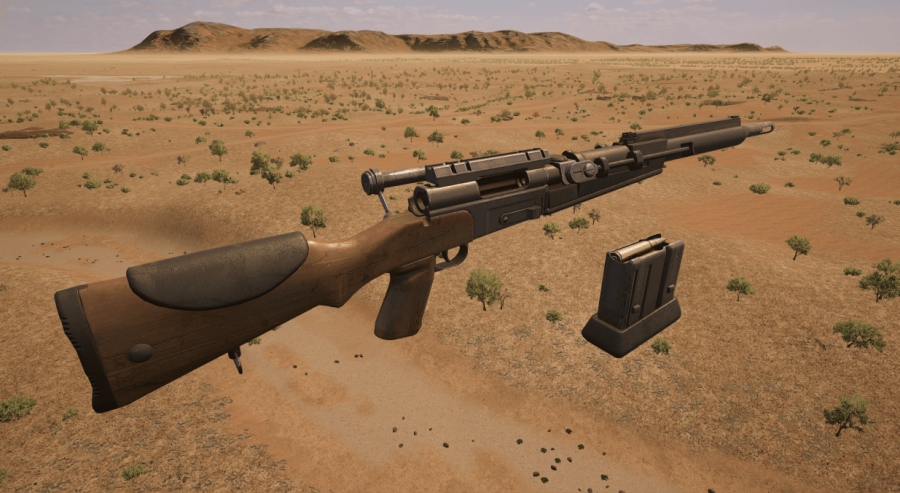 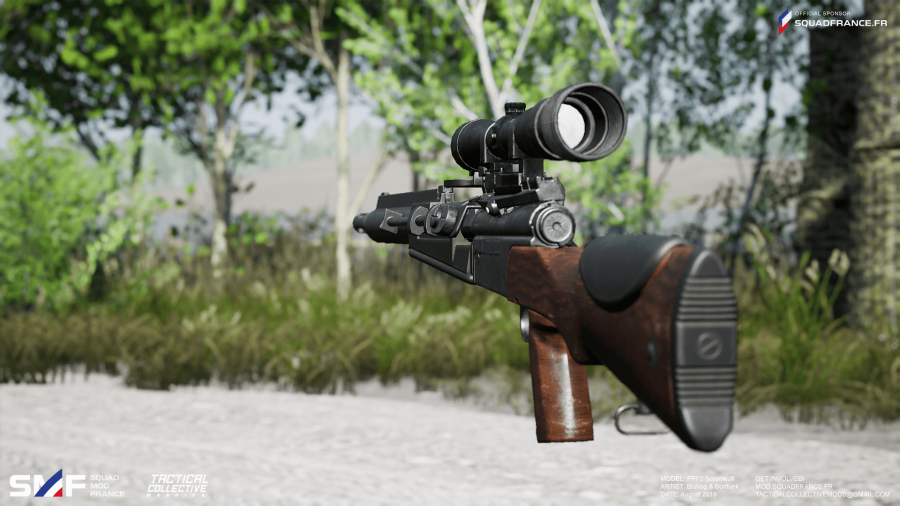 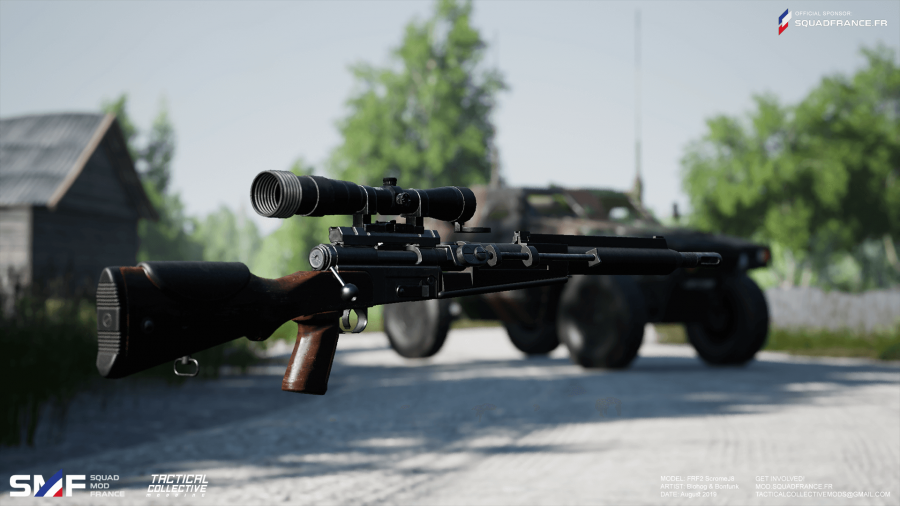 The Scrome J8 optic was originally made for the HK417 which is mounted with Picatinny Rail. We will modify it later to be perfectly adapted to the FRF2.

You can find BioHog's artstation with an interactive 3D view of the rifle here: Biohog.artstation.com .

KaB from OffWorld Industries studio is still in charge of animation, and will make this sniper Rifle playable soon.

Xander is now working on capture zones, routes and flags on his map. We should fight in french landscapes in few time ! 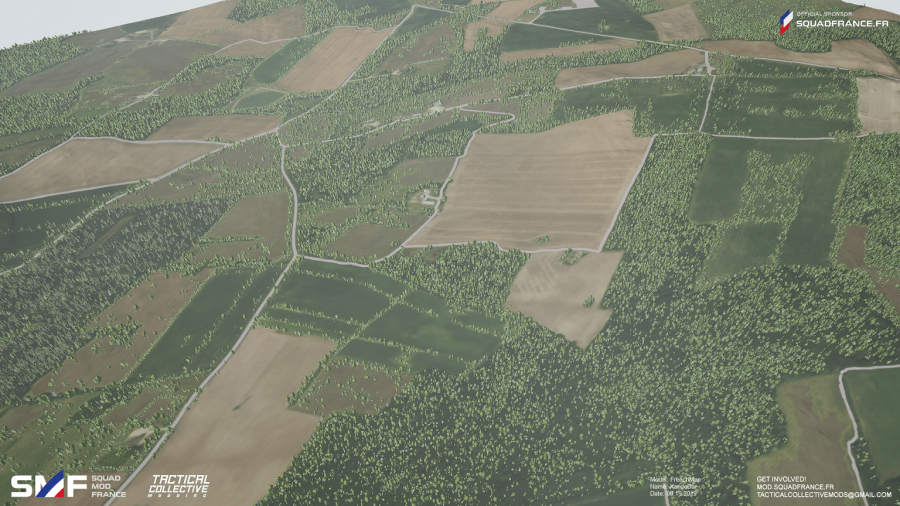 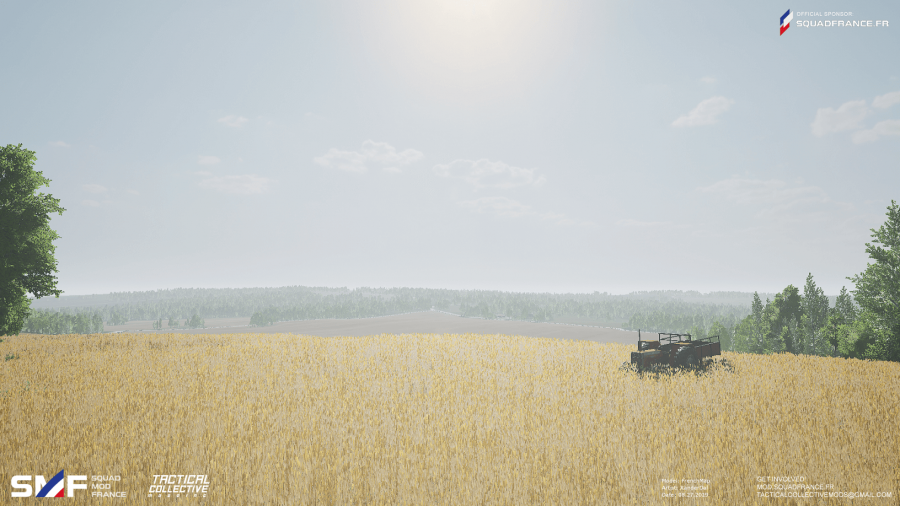 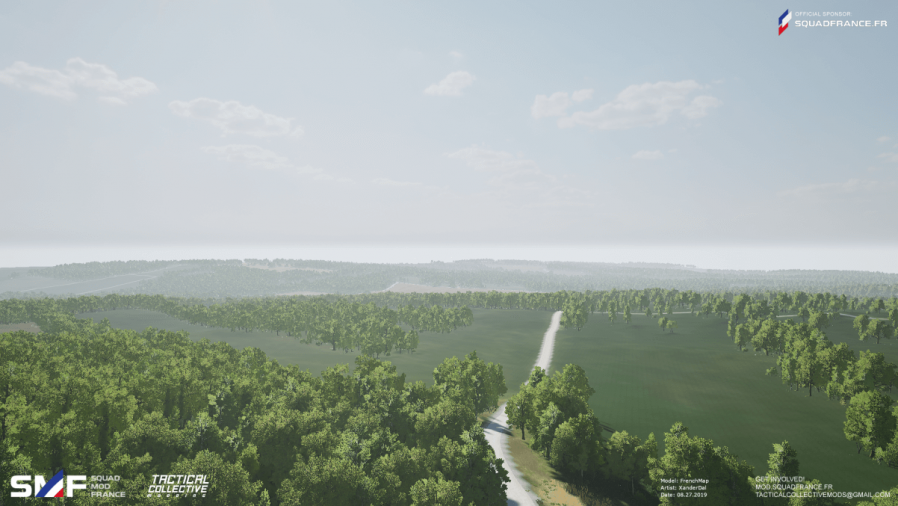 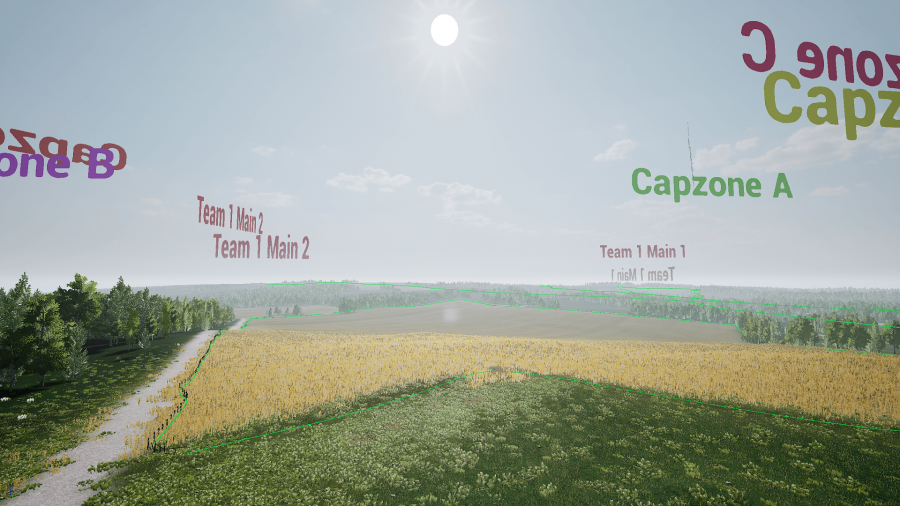 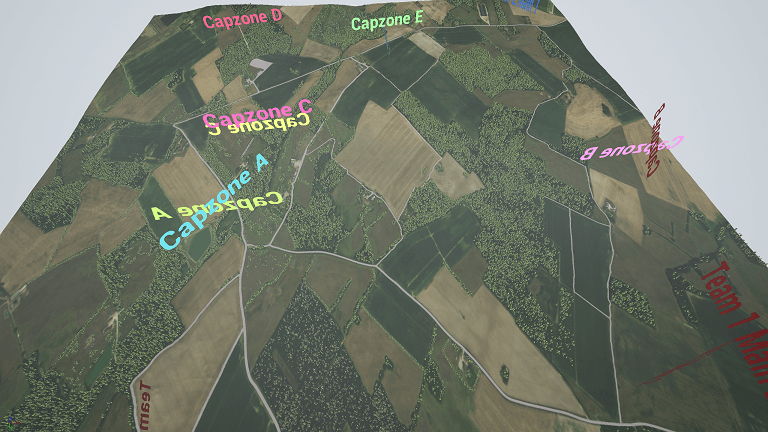 KaB also worked on different weapons during last months, especially to fix optics on the FAMAS F1 and animate the rifle grenade APAV. 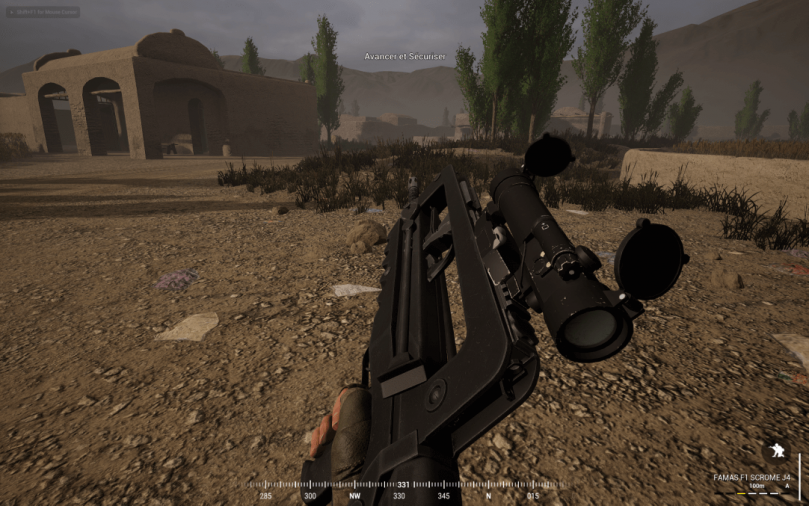 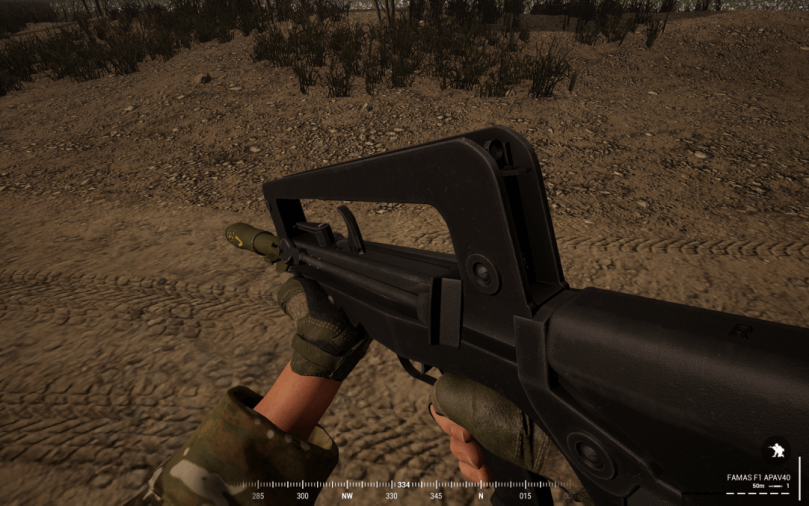 PS: No interview this time ! Sorry my dear friends, but we struggled with time and I will make sure to write one for next WIP, as soon as possible ;) - Lokenn.

Hi, "Squad Mod France - French Foreign Legion" continues archiving his work on ModDB to expose you all the work made by our artist for the last months...

WIP #18 – Marksman, FAMAS and France, with an Interview with Bonfunk (3D Artist)

Hi everyone ! After a month of progress and not much news from us, the time has come to show you the work completed by the artists of Tactical Collective...

We are excited to announce a special game mode testing event this coming Sunday, April 30th at 2 PM PST! Our community partners came up with some ideas...

It's fragging time! Get your helmets dusted off, boots on the ground and be ready to welcome the masses as we ship our Alpha 9.2 free weekend patch to...

Version B19 compatible. Custom edits of existing layers with quick respawn for players and helicopters to practice flying with the standard Squad flight...

I will keep this short and simple. Offworld Industry made a game named Squad. It is sold at Steam. I have purchased the game. To be fair game got potential but it is at alpha stage and will be at alpha stage for next 10 years!

Due to a discussion between me and a game developper my acces to "all" game servers have been restricted permenantly. Basically i am banned from game.

The reason i post this is to warn everybody. The community is very very rude and people got no respect to each other.

Well, therefore no dev is required. The Squad community in mature and unforgiving. One TK at base and you get basically a ban on nearly any server. Misusing assets as vehicles get you banned. Etc.

Moreover, as most clans and communities are connected they support the game with own tools etc. So, for example my clan made squadban.tk and also supported the RCON development. Squadban shares ban lists and also considers VAC and other bans which get distributes to all participating servers.

This has basically the same result as you described. One cannot play on most of the servers anymore. To prevent this, do NOT troll, TK, cheat, offend, misuse, etc. When you newly join. Tell you Squad Lead your level of experience and listen to him. Mic is obviously a MUST as well. Player not communicating get kick pretty soon as well.

Love the vehicles so far boys, keep up the hard work

Congrats guys!!!
Keep the work on!

Looks really ambitious... Good luck ! Many have broke their teeth in the past trying to make such type of game successful.

Hopefully this game gets completed as it look very fun and interesting! I would love to see how the game play lays out and how it all works! Please keep up the good job Devs because i cant wait! Also is there a proper FAQ about this game that i can see? and look in to?