"WE ARE THE VANGUARD OF HONOUR. THE CUTTING EDGE OF THE BLOOD ANGELS. WE BRING DEATH."

The legendary Space Hulk returns to Windows PC and Mac in this epic turn based strategy game. Set in the Warhammer 40,000 universe, an intriguing story of legendary battles and heroic actions unfolds. Play as a small squad of fearless Space Marine Terminators who attempt to reclaim their honor by mounting an assault on a derelict space hulk infested by hordes of vicious tyranid Genestealers.

Take control of the Adeptus Astartes of the Blood Angel chapter and guide them towards glory, while battling fierce Xenos and uncovering ancient relics in the infested confines of the massive Space Hulk named “Sin of Damnation”.

The game is a 3D digital turn based strategy game that recreates the classic claustrophobic board game experience in both singleplayer and multiplayer. 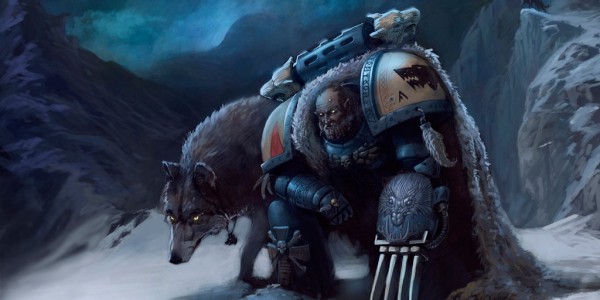 Amongst the annals of the Imperium, few warriors have reached higher honour than the Wolf Guard of the Space Wolves. Devastatingly ferocious in attack, immovably resolute in defence, these savage warriors have broken many foes down the long millennia.

You can now command these fierce warriors and take on hoards or Genestealers with bloody results.

The Space Wolves Chapter DLC pack comes with new features and a new campaign, see the details below:

The full client files of Space Hulk, a game adapted from a turn-based board game.

How mod-able is this game? I love the game and it appears to have huge potential if you could mod it easily enough. Don't know how well Games Workshop would take it but adding new races, maps and units would be awesome.

ah the days of dos. You can play the original space hulk on dosbox.
Abandonia.com
It's abondonware so its a free game.
and a recreation of it that is more true to the boardgame (still 2d & freeware).
Strategyinformer.com

And the enhanced version officially released under a different title, Alien Assault, with one sequel and another currently in pre-production.
Teardown.se

If it's to your liking, you can buy this 3d version which I think actually has some enhancements beyond graphics.