SOLITARY is an experimental survival horror adventure game, involving the story of a photojournalist named Alex Gray, who is suddenly thrust from the world he knows and into a nightmare, with horrors lurking at every turn, and ghosts from his past return to haunt him in practically every shape.

You will have to use your intellect to solve puzzles, outsmart and outrun the monstrosities that haunt the shadows, and explore the beautifully atmospheric city available to you. Dark powers will pull the strings of your reality and either seek to aid you or destroy you utterly. You will piece together the mystery, not only of the events of Alex's life, but what happened to the world around you as you search every nook and cranny for clues, mementos, tools, and supplies. The game is keeping track of how you play it and the events may play out radically different depending on the choices you make in-game.

Thanks for voting and helping Solitary on it's quest to become the 2021 Indie of the Year. You are now in with a chance to score some free games. Help this game secure more votes by embedding the widget (or link) we have included below on your favorite sites.

The past month has been pretty hectic for me, and progress has been a little slow. Still, here's an update for the month of October.

Hey guys, I've made the Facebook page for Solitary available! I'd greatly appreciate any likes or shares you guys can give the page! 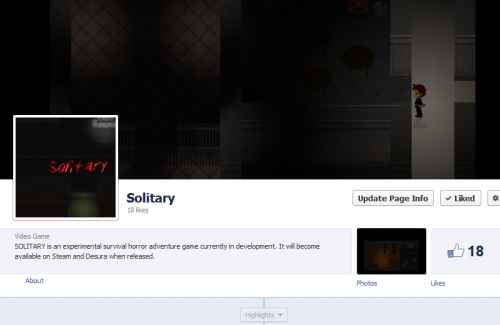 The large focus this month has been on the hospital area. It's pretty huge and incredibly detailed. Extra thanks to my friend Jalane Farrington for providing the art assets for the hospital! 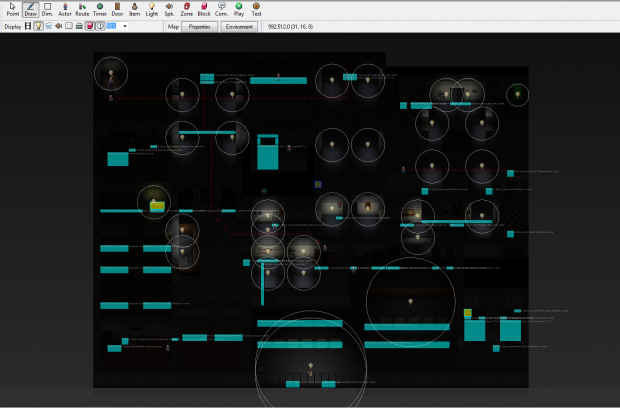 The hospital is one of the centerpieces of Solitary, with focuses on puzzle solving and atmospheric pacing rather than a series of jump-scares. The map is pretty large, and lots of text bits have been added to give further exposition and backstory to the world of Solitary. It's pretty extensive, and definitely my best work so far.

Chapter One is almost finished! That's a third of the game done!

Some aesthetic changes have been made to make the game look better, different fonts, text fade, new interfaces, stuff like that.

The demo is still available for download off of ModDB! I'd greatly appreciate any feedback you could give me! Stay tuned for further updates!

Finally! A new demo, Steam Greenlight, and other updates are covered.

What I've been up to, and why the last three versions of the game have been totally non-functional. This project isn't dead, so expect to see some new...

Check out these playthroughs!

SeaPeeKay and NightSShade gaming have posted their own LP's of Solitary on Youtube! if you haven't checked it out yet, do so!

I'd like to let everyone know that this version of the game DOESN'T WORK. I know that it's been forever since any kind of update, but if you download...

When will the full game be released?

It looks a pretty cool game! I like this kind of games! Do you mind if I upload the game in YouTube channel? I would like this game to be known in the South-American and Spanish Gaming community. Tracking the game! :)

I would actually encourage that! Sharing the game helps me build a community and get feedback to make the game better. In fact, I posted an article a while back about two LPs people had done for the game.

It's so amazing this game but it crash after the second encounter with the demon (in the corridor when the demon appears suddenly). Please FIX IT! I can't wait for this game!!!!

Honestly I don't like RPG games but this game has something special that I love. I hope that they get the full version because this game deserves it.

I loved the game,however I didn't figure out how to save,but since it's a demo it's okay if there's no option to save. Story seems really interesting,and I hope I can get further to discover more creepy stuffs. That Medipack is respawning if you haven't noticed,but even if you pick it up again it won't count as +1. I managed to get out of the office but I didn't know where to go next,entered a store and got murdered by a guy. And without saving I have to replay it again. That being said,I can't wait for the full version,and if it's gonna be 6 hours long,it's gonna be even better! Here's the link to the let's play that I made about it,next part should be coming up tommorow! Youtube.com

The journal item is your save. Z and X cycle through equippable items.
Try again with the new version, should work better.

Thanks for your feedback and support! :D

Just played through the demo. To be honest, I am impressed! I really love RPG games, cuz they have story involved. I am normally not the people that will understand the story, except if I read it from somewhere explained, but I kinda understood whats happening in this game which is good. The story is simple, and good. The gameplay is awesome, you did the character's movement very smooth (unlike most games of this type. The atmosphere is REALLY creepy, this is the first RPG game to give me the chills. I really strongly believe you MUST finish the game, and release a full version. Haven't finished it yet, since I misplaced the code when they were chasing me... Anyways, here's a let's play of the game, if you wish to see it : Youtube.com

The only downhill for me was that you can change the resolution BUT then the game glitches a little (check how the phone stays, it's glitchy). I changed the resolution to 1280x720 if that helps. Hope you fix this, and aside of that it's awesome!

I really appreciate it! Feedback definitely motivates me to work on the game more. Unfortunately, I don't know when I will be able to release a full version, but when I do, it will likely be on Steam Greenlight and Desura.

The demo is only a very small part of Solitary, I want the final product to be around 6 hours long. Being the only person working on this project, balancing this project along with work and school is really difficult.

The story definitely is key, here, and hopefully you'll find it gets more interesting the further you get.

I love these kind of games! Tracking!