Solar Forge is the first of it's kind on android. It's a a solar system sandbox game with surreal and endless gameplay. You take complete control over your solar system. You can choose what planets go to war. If you want a certain planet to win you use your gravity well to slam asteroids into either the enemy planet, or it's ships. You can also make planets collect resources to keep the population thriving.Solar Forge features great gameplay and hours of fun. It also has plenty of other features to keep the player happy for hours.

After much acclimation on the Android platform, Solar Forge has found it's way to the Windows Phone platform today!

Yes, it even has some exclusive content to the platform! (Play it and find out for yourselves!)

"Solar Forge is a cool new Indie from the minds at MostWanted Game Development. It’s basically a simulation game that lets you build your own Solar System in a sandbox environment complete with gravity and the sun (or suns) of your choice. You can form your own planets, tinker with gravity wells, and even take on a little combat or mining." - Android-Apps.com
(http://android-apps.com/news/top-new-android-games-of-the-week-january-14-2013/) 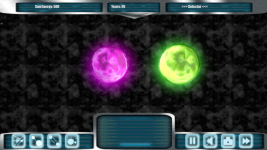 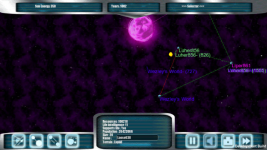 Solar Forge is now free on the android market and we encourage you to tell all of your friends about it!!!

Hello everyone. This is a quick update on what's going on, what's new, and what's to come!

Hello everyone! we are very excited to announce the release of this epic solar system sandbox game!

I can't find the free version. Is it on google play?

Sorry, that was a promotional event. It is now over.
Thank you!

Unfortunately no. We are working on getting a version for IOS up though. You can expect that within 3 months.

Although we do have a license for unity to compile for IOS we can not, because no one on the team owns a mac. Thank you for your support though!

... Mac's run on Mac OS not iOS, only iDevices run on iOS like iPhone, iPod.

Yes, but you cannot compile an IOS application or game on a pc. This is because Unity spits out an xcode project for your project and you must then use xcode to compile your IOS app/game. Xcode is only for mac.