As Smitty, one of the only villagers who survived from being trapped inside magic bubbles created by the evil polygonal duo, Professor Geomad and Sid, you must explore every nook and cranny in Dripsdale to save your family and friends and stop Geomad and Sid's reign for good.

Smitty's Journey tried its best to deliver the best experience of classic 2D platforming while still providing its own set of new features. Call nearby assists to help with buttons and enemies, some strange abilities you can possess and of course, there will be some puzzles waiting!

Be prepared for a lot of surprises. Dripsdale is full of secrets, and of course you will be interested to find out. Look out for secret paths, check for superjump areas and even mess with some background objects. There's also the village that you can visit every now and then, which changes as you progress through the game.

Pitfalls, enemies and even bosses, all trying to stop you from going through. Fight against blue squares, slime blobs, and steam-powered copycats, as well as 6 enormous boss battles, waiting for your arrival!

Starting from this version, the game now uses a different scripting backend, from Unity's default, Mono to IL2CPP, so if you've downloaded the game manually before (by downloading a ZIP instead of using a client like itch.io), please consider deleting all contents in the folder you extracted the ZIP of the previous version and extract this version's ZIP there. This is due to the backend gives this game a different file structure so I'm afraid things will go haywire in your end. 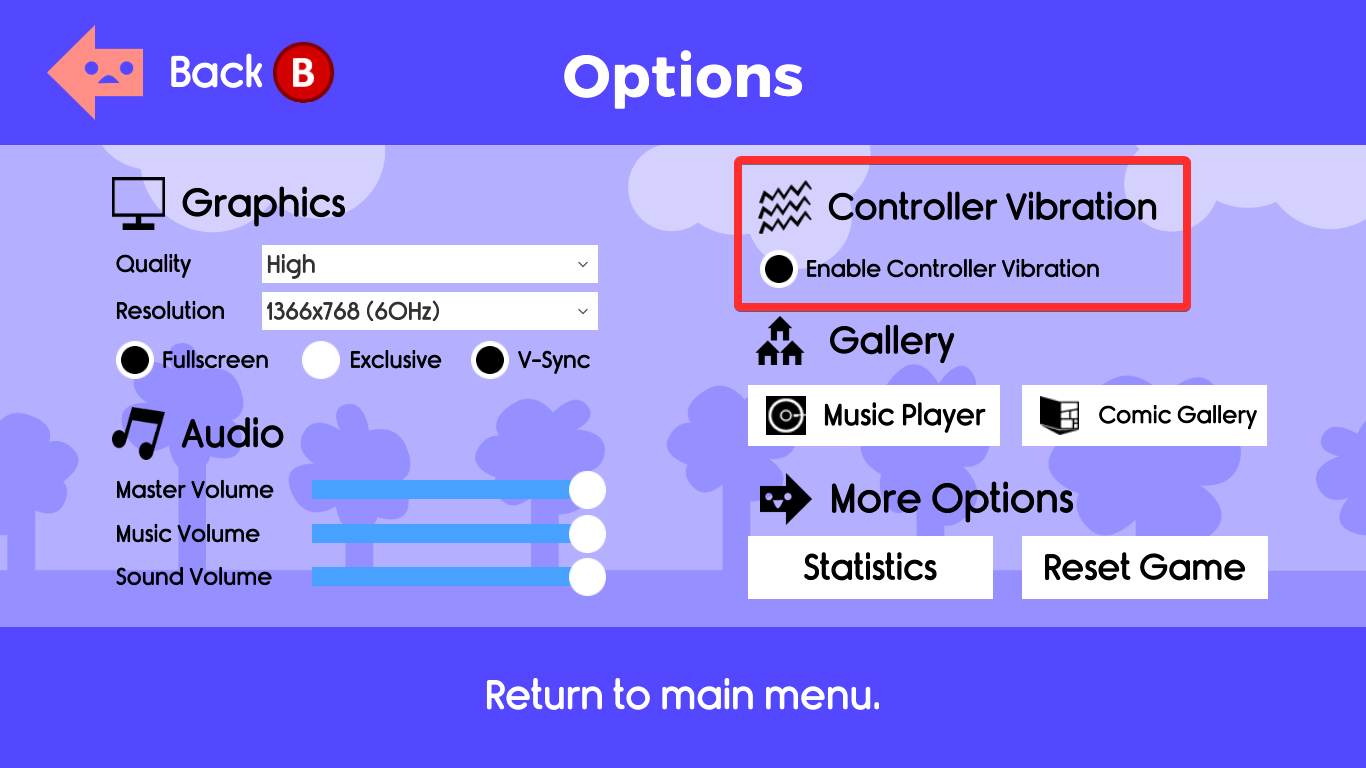 If you play this game with an Xbox controller while you have this checkbox on, expect it to vibrate when stomping on enemies, got hit by an enemy, when the camera shakes during boss fights and when the boss exploded.

Another big thing on this update is the Village is villager effects. Basically, like these: 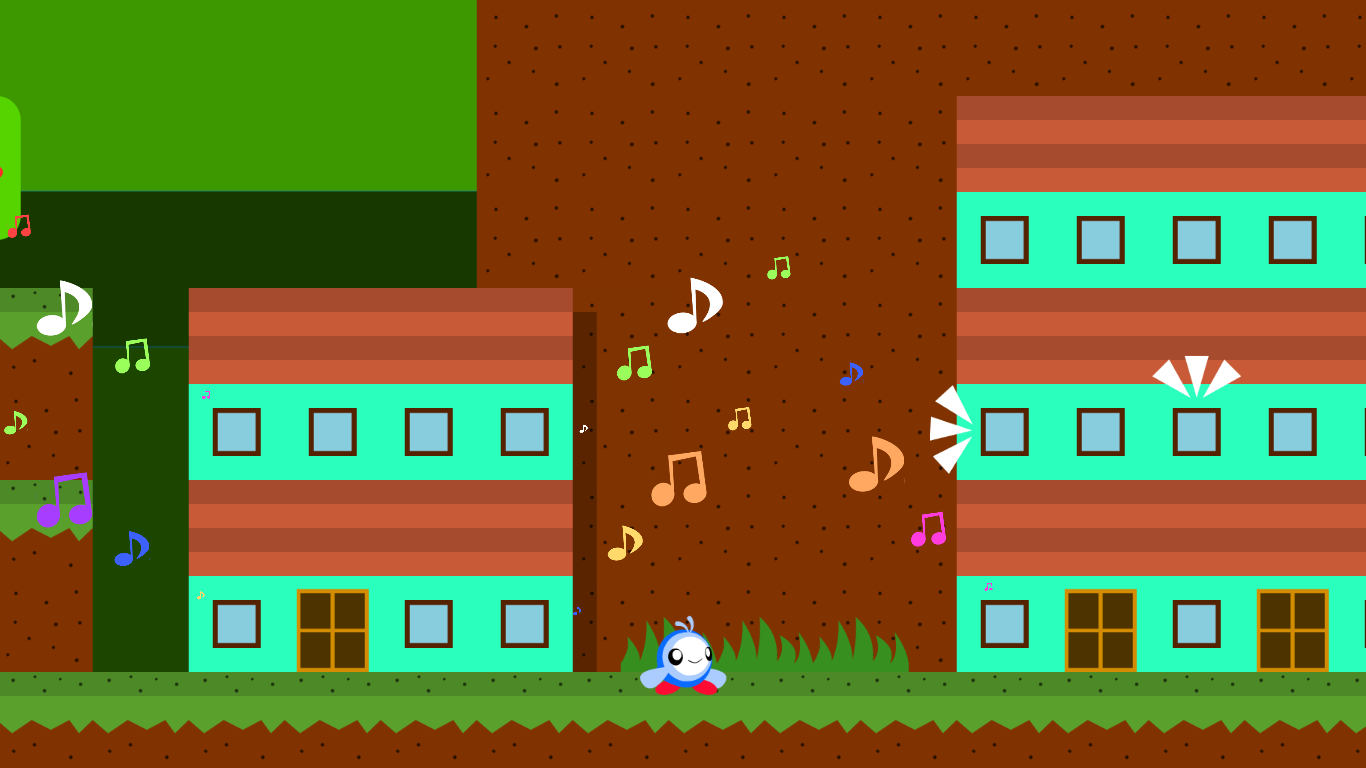 Noise triangles, flying (and falling) music notes and even some floating ZZZs, it's now easier to observe if any house is empty or not. If you see these effects in those houses, then it's obvious that there are people in them.

OK, that's pretty much everything I got so far, it was a big ride, honestly. When I finally bought myself an Xbox 360 controller (clone) from an online store, I can finally do more with games, including the games I made.

So, I hope you enjoy this update as much as when I make it. Another update may come but now, it's time to return to developing Round Rotate 2. The first reason I want to add rumble support to this game is because I need a more complete project like this to fully experiment with it, and RR2 is not a good subject for that, unfortunately.

It has been more than 5 months since Smitty's Journey was released, guys and I already see this game is gaining some attention, I'm so happy to know that...

After over 2 years of development, this adorable platformer is ready to shine and entertain you.

This is the final release of the Emerald Plains demo.

Another update for the demo, now features new parallel-view tiles and some fixes.

This is the demo of the first world in Smitty's Journey.