A world of magic and fantasy, Arystonia. In this land made up of various kingdoms, there was this young boy in the kingdom of Midus. The young boy, Kon, spends his daily life living with his sister. However, that soon was to change. Unknown evil monsters which attacked the city also captured his sister! To protect his sister, and to regain his normal daily life, Kon's adventure has just only begun...

The new update (v1.0.1) for Small Chronicles has finally arrived! As mentioned before, this new version introduces the new Skill and Stat reset stones! 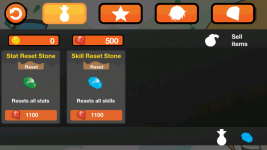 Using these new reset stones, you will be able to reset your skills and stat points that you have previously allocated! And that means that you will be able to experiment on various different builds! Their cost also depends on your highest character level so use them wisely as they are not cheap! 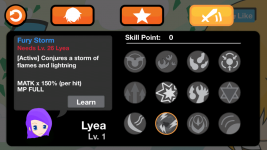 This will definitely make league matches more interesting! Now you will have to decide if you want to gamble and use One Guy/Fury Storm or play safe and use other less powerful skills.

Besides these changes, v1.0.1 also includes a few bug fixes such as:

Some equipment such as boots have also been balanced. No more overpowered evasion for anyone! So don't wait anymore and grab the update now for free at Itunes.apple.com !

Small Chronicles has just launched recently but there's more good news! A new update is on its way!

Small Chronicles Chapter 1 is finally live on the Apple App Store! Read on for more details on why you should download it before everyone else!

There are only 2 days left to the impending release of Small Chronicles Chapter 1! But we're having a pre-release blast right now and you can join in...

As Small Chronicles' release date continues to draw closer, this question surfaced. Is there a fun and interesting way to tell more people what the game...