Skywardens is an advanced ORPG in which the players decide the fate of the realms. It is strongly centered around story, setting, and exploration. Supported by an ever-growing community, this game can see it's goals and will not hesitate to reach it.

What makes Skywardens great is it's creativity and originality.

~Wonderful Maps Traversing even through the most rugged terrain of Sharda will be an enjoyable experience. Don't believe me? Take a look at the screen-shots!

~Creative Quests You won't get tired of our games quests. Gone are the days where 'Kill 10 Wolves' was the pinnacle of all quests. You will find yourself desperately wanting to finish quests not only for the rewards, but also to learn the outcome of the characters involved.

~In-Game Events What kind of 'living' game wouldn't have these? Whole wars can be started thanks to one pesky player!

Long ago, our once corrupt earth was shattered by something of menacing origin. In the chaos that followed, only the strongest survived....

As the years rolled by, our people created marvelous ships that could ride the currents of air that lay between the floating islands. Kingdoms rose up from the ashes of civilization. Monsters, born of dark purpose, started to roam the night. Science slowly died and gave rise to magics previously lost in the turmoils of time.

That is the name of the lands the Shatter created. It was not fifty years after magic was again discovered that the Nyroc Empire started a terrible war. They had created destructive weapons of magic and darkness and fashioned them to gigantic airships. They began laying waste to peaceful villages and farms. Their goal was to conquer all of Sharda.

We were unprepared. There had never been a full scale war in Sharda prior to this. Most of our men were farmers or fat merchants. We knew only this.

Ursa was going to fall.

In a last and desperate attempt to survive, we allied ourselves with the Nakat and Coran peoples. We were going to make our stand at the verge of the Ursa Isles. We were all going to die.

That is when it arrived...

The Dawn Sentinel. A powerful being that blotted out the sun and sent both sides to their homes. It's might was stupendous. Even the bold Nyroc Empire did not question it.

For a time after this, the Dawn Sentinel was welcomed in all lands as an adviser and protector.

Things in Sharda were once again peaceful in a way.

Only this time, we're ready. All of Sharda is ready.

~Npc vs Npc Combat Those wars I mentioned earlier aren't just a dream....

~Item Qualities Based on the rarity I assign to an item, you can get multiple variations of the same item. Some better, some worse. So instead of fighting that Dragon and it's rarest item always being the same boring 'Dragonmail Armor', you'll want to kill it over and over again to gain the 'Epic Dragonmail Armor of the Skywardens'.

~Progressive Skills If you cast 'Fire Torrent' enough times, it level's up! Almost every single spell/skill in the game has 3 or more progressions!

Of course there are more than these, but I highlighted the main points I think players will enjoy most. Will add to this as we add more features :D

Currently our Team is as follows Project Lead: SkywardRiver

Artists: Seb (when needed) (we could always use more artists)

Graphics:
Enterbrain
Mack
Celianna
Seb
(If ever you see something of yours, please let me know :D)

See something you did? Want credit for it? Shoot me a PM or post in this topic and I'll put ya up there ;)
Thank you to all in this list!

The Wonderful World of Sharda #3

The Snowy Islands of Nakathar are back under construction. Home to the mighty Nakat Tribes and ruled by an evil Cult, Nakathar promises to be a unique experience for the player as they fight alongside a faction of their choosing. (Rebel Nakats or the Church)

NPC vs. NPC Combat is coming in with a bang as you will find yourself in the middle of massive battles! Some Npcs will prioritize the player while others prioritize each other! Be careful not to get surrounded by the enemy! 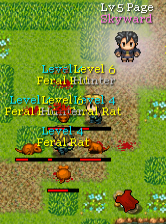 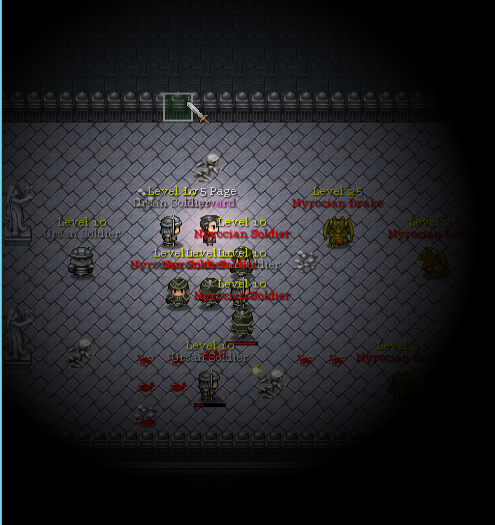 The village of Ursanan now has a sort of 'training ground'. More for good looks than functionality, there are now 'Dummies' for you to swing your sword or shoot your bow at! 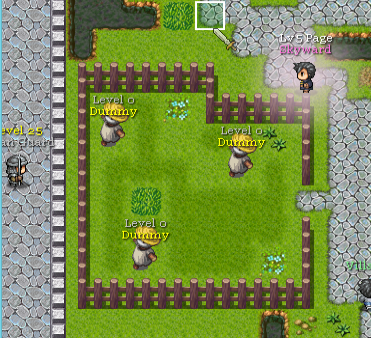 Some new 'Members Only' items are now in-game. You can become a member by donating or helping out a bunch by reporting bugs and such. DO NOT WORRY! This is not going to turn into a 'pay to play' game. There will be only a small difference in Normal and Member players.

Take this item for example. It's a member exclusive, but it is the rarest of any drop in the game atm. Even if you're not a member, you can still pawn something like this off for a large amount of Emeralds. 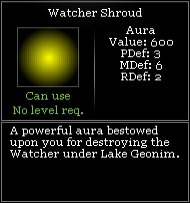 Well, that mostly concludes this article. Be sure to check out our Alpha Test this Sunday!

Until then, be sure to check out what's happening. Skywardens.com

Go ahead and register! We don't bite ;D

The Wonderful World of Sharda #2

Lots of progress being made in preparation for the upcoming Alpha 'test'. I thought I'd share a little bit of what's been going on in Sharda.

The Wonderful World of Sharda #1

The first addition to our new series of news updates, we will begin by covering what has happened after the lull in development, and what still lies ahead...

Our site is back up and better than ever! + Read about our recent developments.

Get ready for the Halloween event! A huge castle filled with unique mobs and items available only on Halloween week each year! Good luck facing the destructive...

but as a new member i cant rate higher than 8

Taken back for some private development, it should be re-released soon though!