Ten years ago in 2027, the city of Freeport was on the verge of collapse. The inefficient and under manned police forces were losing in the long hard battle against crime. The city needed help, but the overburdened government could no longer cope with maintaining peace on the streets. The government proposed a bill giving individual corporations the right to form their own police/security forces and they in turn would provide protection for the companies and citizens of the cities. This bill was passed and a new order of law enforcement was birthed. Several well respected sec-forces were established and one hard hitting group calling themselves HARDCORPS helped lead the way in crime prevention and elimination. The chaos slowly subsides as the sec-forces bring peace and order back to the city.

This is the PC Demo of the original classic FPS from Ritual Entertainment SiN. 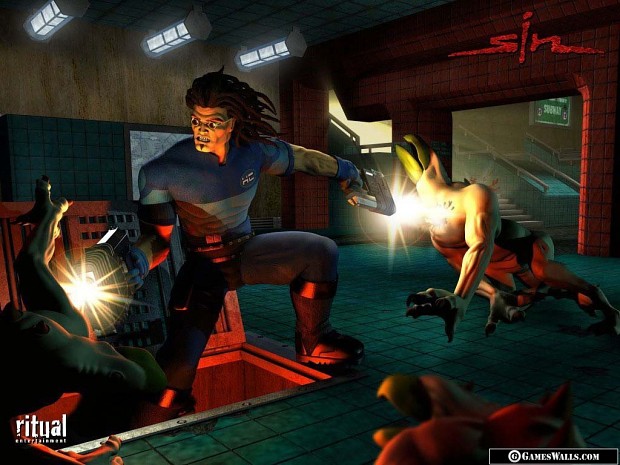