Salem is set in a fantastical New England and offers free form massively multiplayer gameplay in a persistent, mutable and online world. With players taking the roles of intrepid colonists from the Old World seeking to make lives for themselves in the New, Salem provides them with unique crafting, farming and building systems inspired by 17th century alchemy.

Cast in a mold of cute-gothic Salem's lighthearted art style makes for the perfect contrast to the otherwise grim realities of open player-versus-player combat and permanent death. Experience Squonks, Hidebehinds, Witchcraft and the fullest freedom of a sandbox conceived in Liberty.

Thanks for voting and helping Salem on it's quest to become the 2022 Indie of the Year. You are now in with a chance to score some free games. Help this game secure more votes by embedding the widget (or link) we have included below on your favorite sites.

If you read the summary, you indeed read correctly. If you have not heard by now, a new world will be online shortly estimated at or near to 9AM CST (-6 GMT). Seatribe will be implementing a new patch which overhauls the entire gluttony system top to bottom, eliminates areas in the game where grinding was prevalent, new game material including Lobster traps, and mobs to fight. And last but not least an entirely new map generation system.

Early this year Seatribe developer Jorb posted in the forums a snap shot of the upcoming patch titled: The Ghost of Christmas Future as seen below: 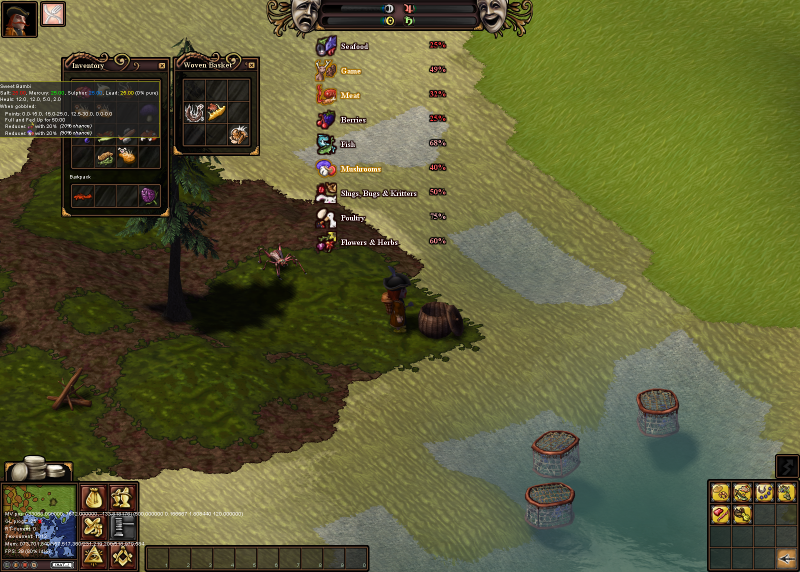 Jorb wrote: More in the year to come. Merry Xmas!


Earlier this month on Feb 5th Jorb was posted a new Announcement to inform the community of Today's upcoming Wipe and patch implementation.

We've been developing for a good, long while, and will soon be ready to drop a fairly sizeable patch on y'all, containing, amongst other things, quite sizeable reworks of character proficiencies and the gluttony system. While we are not quite ready to release the patch yet, we do, nevertheless, feel an obligation to say something on the subject, if only to break an extended spell of radio silence. Thus:

The big news is that, for better or worse, we have decided to accompany the patch release with a complete character and map reset of all existing servers, that is to say a full wipe, and a clean start from scratch on a new server and map. All presently running characters and maps will thus be deleted before long.

To that one might add a more general concern about shedding old legacy problems built up over several development iterations.

What about promo items? Beta pack, and such?
We haven't decided entirely, but most likely we'll simply redistribute those as well.

I am really butthurt. You said you wouldn't do this.
We did not arrive at this decision lightly. We have considered all our options (including selective, limited wipes, simple introduction of a new server, &c), and for various reasons found them wanting. It is true that it has been our ambition to not make more world resets, and I hope that it can continue to be thus. The problem of server over-establishment can, however, hardly be solved in any way other than by pruning servers, which we feel leaves us scant options. The introduction of significantly reworked systems for character development also gives cause for balance concerns if we do not introduce them to a tabula rasa.

Bah. When will you actually release?
As soon as we are done with the new map generator, which is what we are working on now. We aim to have it done in two weeks. The rest of the patch is pretty much finished.

I realize that this is controversial, a big deal(tm), and I entertain no illusions that I can possibly cover all concerns and questions in one update post, so I shall instead keep it brief and try to answer whatever questions may pop up, as they do.


Source: Upcoming Patch Announcement
Early this evening Jorb was also seen posting the following confirming that they were indeed on schedule for the patch and wipe to take place today after a rough 12 hour Map generation:

Jorb wrote: Ok. We'll commence generating the final maps shortly. We expect that they will take approximately 12hrs to generate. After that we need to configure the server somewhat, and we should be up sometime after that.


Source: Upcoming Patch Announcement pg. 36 Post# 350
So if you long and done quit Salem and were ever hopeful for a new and fresh return to not only the New World, but New Content, Bug Fixes, and a overhaul of mechanics, now is the time to get your butt on over to Salem the Game and gets yourself reoriented and rady to go for tomorrow morning new launch of the server! Hope to see you all there!