Title: Rise of Magic
Platforms: PC (Web, social networks), as well as a helper application for Android / iOS.
Engine: Unity3D Pro 4
Genre: Tower Defence, Strategy, part RPG.
Planned release date: the third quarter of 2013.
Current progress: the core of the game is ready for 60-70% of game content for a week and a half.

Hello. My name is Vlad, I'm 21 years old and I'm developing a browser game Rise of Magic. This is my first project, I am developing it for over a year and doing it by myself. First platform for the release of the game is social network - Facebook.

Detailed description of the project

Rise of Magic - - is a browser game, styled as a classic Tower Defense with aspects of a social RPG. The gameplay is taking place in middle ages and the main story is about a struggle between good and evil. Initially main hero of the story is a man with a technical background - he's using bows, crossbows and brute force, but as the game develops he will gradually learn magic, using different magic abilities together with his towers or other buildings.

Whole game will be split into several aspects:
• First - Completing missions to obtain unique rewards.
• Second - Upgrading and modernization of your own village, developing of which needs to be paid special attention.
• Third - Interaction with other players and team play.
• Character development with the help of talent tree.

Now I should describe the project in more details. As the game will be released in social networks I had a task to come up with ways for interaction between players. And the final outcome became a system of three different professions and a marketplace, where you can trade amongst your friends

The idea is quite simple: aside from the already usual gold the game will offer three main resources - wood, stone and magic. Each resource type will have one corresponding profession of which there will also be only three - carpenter, stonemason, and mage. Each profession will allow players to learn various recipes, suitable only for those professions and subsequently allow players to craft items for their profession.

So, for example, after learning stonemason's craft we become able to greatly increase our stone gathering, however we will not be able to increase the amount of other resources obtained. Here market comes into play - you will be able to trade amongst your friends, exchange resources and items, created with the help of your profession. This way Rise of Magic will have at its disposal a powerful instrument, pushing people to cooperate and try to help one another after what receiving some nice benefits from trade.
(Sorry for the Russian language screenshots) 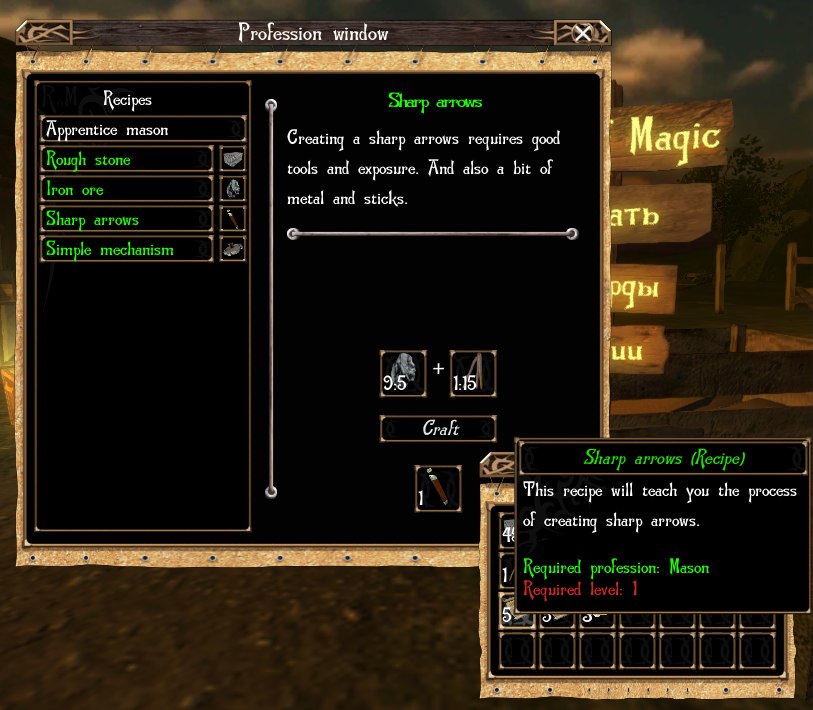 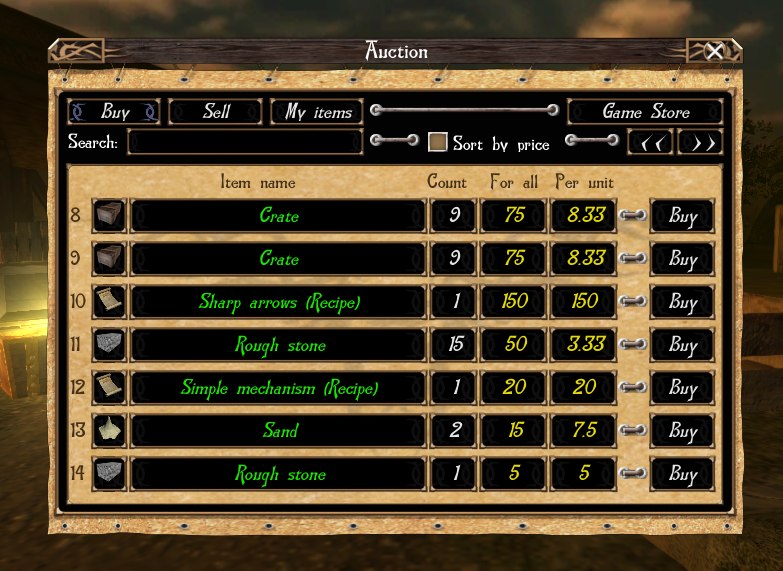 Aside from development of their professions players will also be engaged in development of their village. Here everything as well is quite simple - Construction of specialised buildings will give various bonuses for the player. Also it will allow creation of more and better items with the help of profession. There are the usual buildings as well - without the warehouse player will not be able to store lots of resources, and absence of housing will not allow upgrading old buildings or construction of new ones. And of course we shouldn't forget about numerous decorative items - you can expect to see lots of different ones in the game. 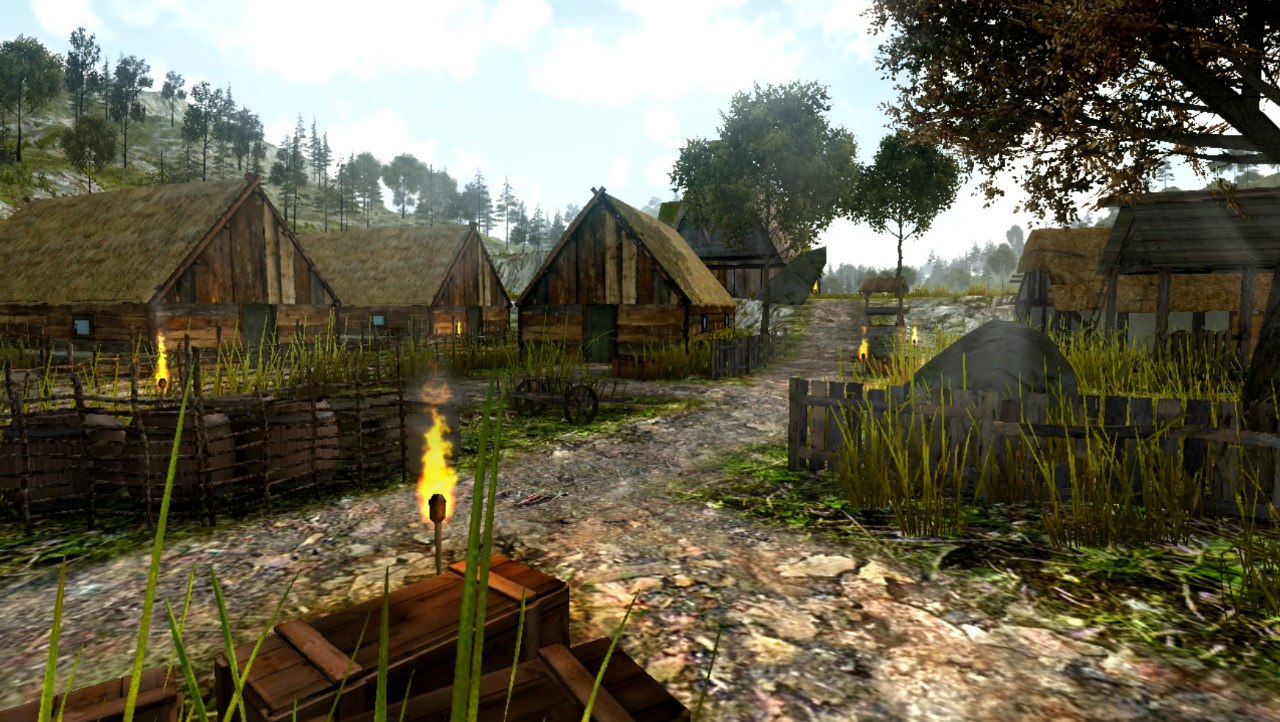 There's not much I can say about playable levels for now. Main thing - is the variety I plan for them. You shall visit thick ancient forests, shall feel the salty taste of sea air, shall listen to frogs croaking at the swamps and freeze to your bones with the northern winds howling at your face. Also for some levels I can promise you elements of gameplay never seen before, which combined with unique tower abilities shall make gameplay immensely entertaining! 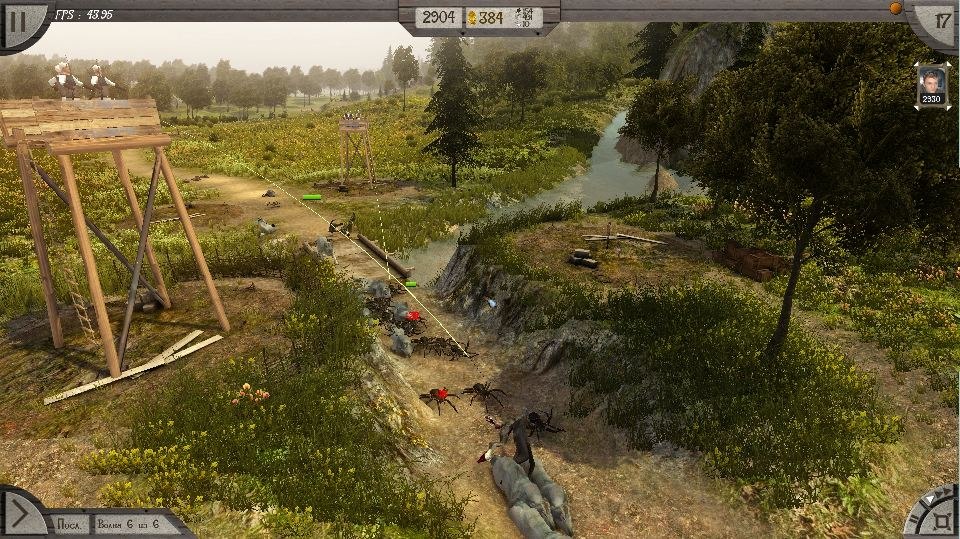 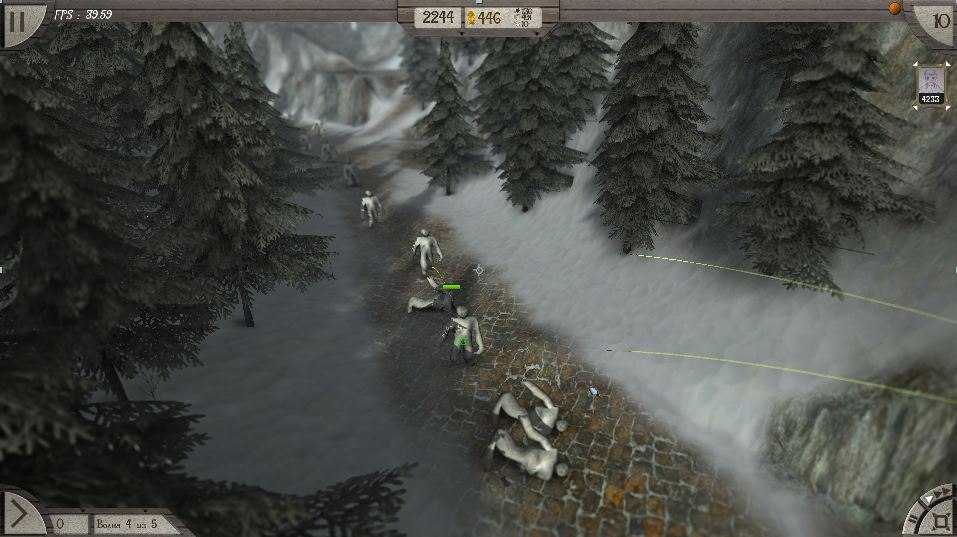 Normally once you start speaking about a browser game a question appears - what about donations? How will they work? The answer is - very simple! You can play and complete this game without paying a single penny, you shall have unlimited access to nearly all items, recipes, levels and buildings. However if you will want to speed up the process of obtaining levels, or participate in the global market you'll have a chance to obtain premium subscription, without which you will still be able to trade with your friends. Such approach was chosen mostly to reduce the burden that falls upon our data base, and we plan to have a high amount of players so I am expecting colossal overloading of the data base.

Some of the options of the game will be transferred to a mobile application for your smartphones! Application for iOS and Android will be absolutely free and will allow you to monitor your buildings and with a premium account it will even allow you to trade in a global market right from your handset! 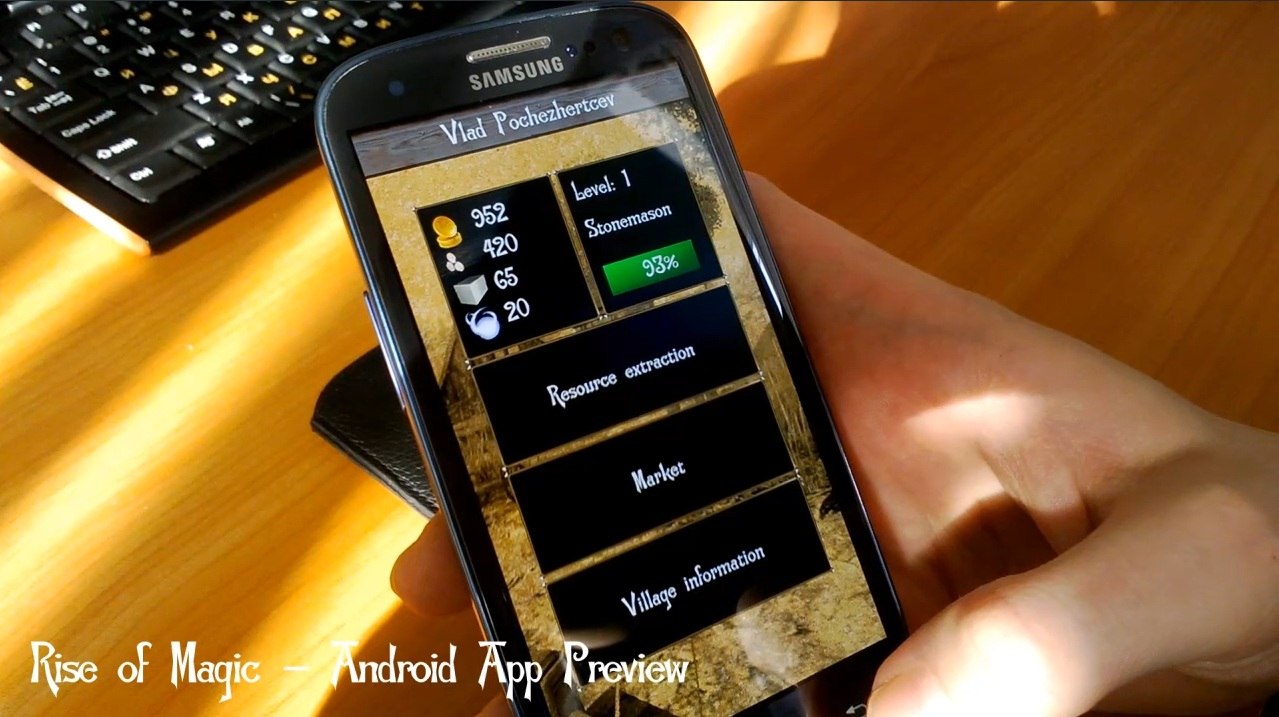 Thanks for voting and helping Rise of Magic on it's quest to become the 2022 Indie of the Year. You are now in with a chance to score some free games. Help this game secure more votes by embedding the widget (or link) we have included below on your favorite sites.

Rise of Magic came on Greenlight!

Today my project came on GREENLIGHT to collect votes! Friends, I need your help more than ever!

There is important news for the project. But before you look out - congratulations to the new year!

Today I want to introduce you to the next graphic changes in the game.

Tower of mages in village - first look on model

I continue to model various buildings for the game. At this time - Tower of mages.

I know that you love screenshots of the game :) At this time I am ready to please you with a new model of quarry!

With Steam OS coming, why don't you release a Linux version? Unity can do it.

I plan to get into Steam GREENLIGHT. If all goes according to plan, SteamOS version will be.

These graphics are amazing :)

loving the look of this game they'd look great in an RTS game!still, you've got yourself a new folower!

Thanks for the nice review!

Great job! You really 'milked' Unity3D on the graphical side.. :)

If you ever need help on the project, let me know. I'm a 3D Modeller, and I know a few other people who would be interested.

Thanks for the suggestion. But I alone would finish the game. Not in vain for more than a year, I did not use anyone's help.

Indie
Tags
Embed Buttons
Link to Rise of Magic by selecting a button and using the embed code provided more...