Lead your people to glory and write a new chapter of history in Realpolitiks 2, a real-time grand strategy game where you lead any contemporary nation in an attempt to secure world dominance. The road to supremacy is filled with modern world issues as you manage your nation’s economy, command armies, conduct diplomatic and espionage actions, and tackle global threats such as terrorism, pandemics, famine, and more.

Realpolitiks 2 delivers a whole new economic system which gives you more control of your country than ever before. Construct new buildings, dictate trading policy, and use your advisors’ special abilities to further improve, or hinder, the life of your citizens. Transition from democracy to totalitarianism too quickly and you might have a rebellion on your hands.

Bring your units to battle in a completely new combat system which gives you complete control over every battlefield. Command your units and develop your general’s skills to acquire new tactical opportunities on land, sea, and air. Plan your war strategy carefully, weather, terrain, unit formation, equipment, and much more must all be taken into account to ensure a decisive victory.

Diplomacy has been revitalized with a whole new set of diplomatic actions such as non-aggression and defensive pacts, military access, trade agreements, and advanced peace negotiations. Espionage is now deeper with a wide range of spying activities; level up your spies and develop their subterfuge skills to create more chaos in the enemy’s ranks or deceive your own people. Choose your approach and dominate the world.

Choose any nation from 216 contemporary countries (including Sealand & Kiribati) and conquer your opponents. Adapt your strategy accordingly whether you start as a superpower or a small independent nation.

A brand-new combat system enables full control of your units on the battlefield while taking into account strategic advantages such as the weather, terrain, equipment, and a whole lot more. With an all-new sea combat system, your nation can take and control important naval provinces. Control the seas, control the world!

Create a communist utopia, a completely free market nation, or become a tyrant overseeing your citizens’ every step. With over 1000 projects and technologies to choose from, you decide the path to greatness.

Engage in advanced negotiations to establish new trade routes or military access to neighboring regions. With a completely reworked AI, and new Favor and Investment systems that allow you to influence other countries - diplomacy becomes a crucial tool once again, especially as other leaders will prove hard negotiators.

Conduct clandestine actions with your spies, steal breakthrough technologies to further increase your military power, and invent new ways of mass destruction. Dominate your foes from the shadows.

Over 1000 new events ranging from minor provincial issues to a world-threatening meteor strike. Be wary of the ever-changing world as each playthrough will be completely different. Each of the 3 available campaigns will have their own unpredictable events for you to tackle.

Buildings are a major part of your campaign as they enable you to recruit more units, train your spies and generals faster, defend against rocket attacks, or increase the supply range to your armies.

Thanks for voting and helping Realpolitiks II on it's quest to become the 2022 Indie of the Year. You are now in with a chance to score some free games. Help this game secure more votes by embedding the widget (or link) we have included below on your favorite sites.

Prague, Czech Republic – May 12, 2021 - 1C Entertainment along with developer, Jujubee, is excited to announce that Realpolitiks II, their real-time grand strategy where you can take control of any contemporary nation and lead them to world dominance, is coming out of Early Access today! Realpolitiks II is available on PC via Steam, GOG and other digital platforms, priced 34,99 USD / 29,99 EUR accompanied with a 10% discount during the first week.

Realpolitiks II was launched in Early Access on November 18th, 2020 and since then has received numerous updates, introducing various improvements, changes, a new scenario and new features requested by the community; the game also includes an advanced Mod Tool that allows you to create your own scenarios with custom maps, units, buildings, characters, project trees and so on.

Realpolitiks II is a modern twist on the classic grand-strategy genre; you take control of any contemporary nation in an attempt to assert dominance among the global superpowers. Develop your country’s economy, technology and army; use your diplomatic skills, build an impressive spy network and get ready to fight major global threats such as terrorism, pandemics or famine. Build powerful alliances, wage wars on your enemies and achieve greatness!

Compared to the first installment, Realpolitiks II expands its gameplay with a set of new features, tools and strategies you can use in order to achieve your goals. Intelligence mechanics have been enhanced with the addition of spy units that allow you to follow your enemies’ movements closely; a redesigned combat system provides you with even more options to plan the military actions; an advanced management system gives you an incredible freedom of choice... and a lot more.

Realpolitiks II is developed by Jujubee S.A. and published by 1C Entertainment. The game is available via Steam, GOG and other digital stores for 34.99 USD / 29.99 EUR. To stay in touch with the latest news, be sure to join the game’s Discord channel, or follow 1C Entertainment on Twitter and Facebook. 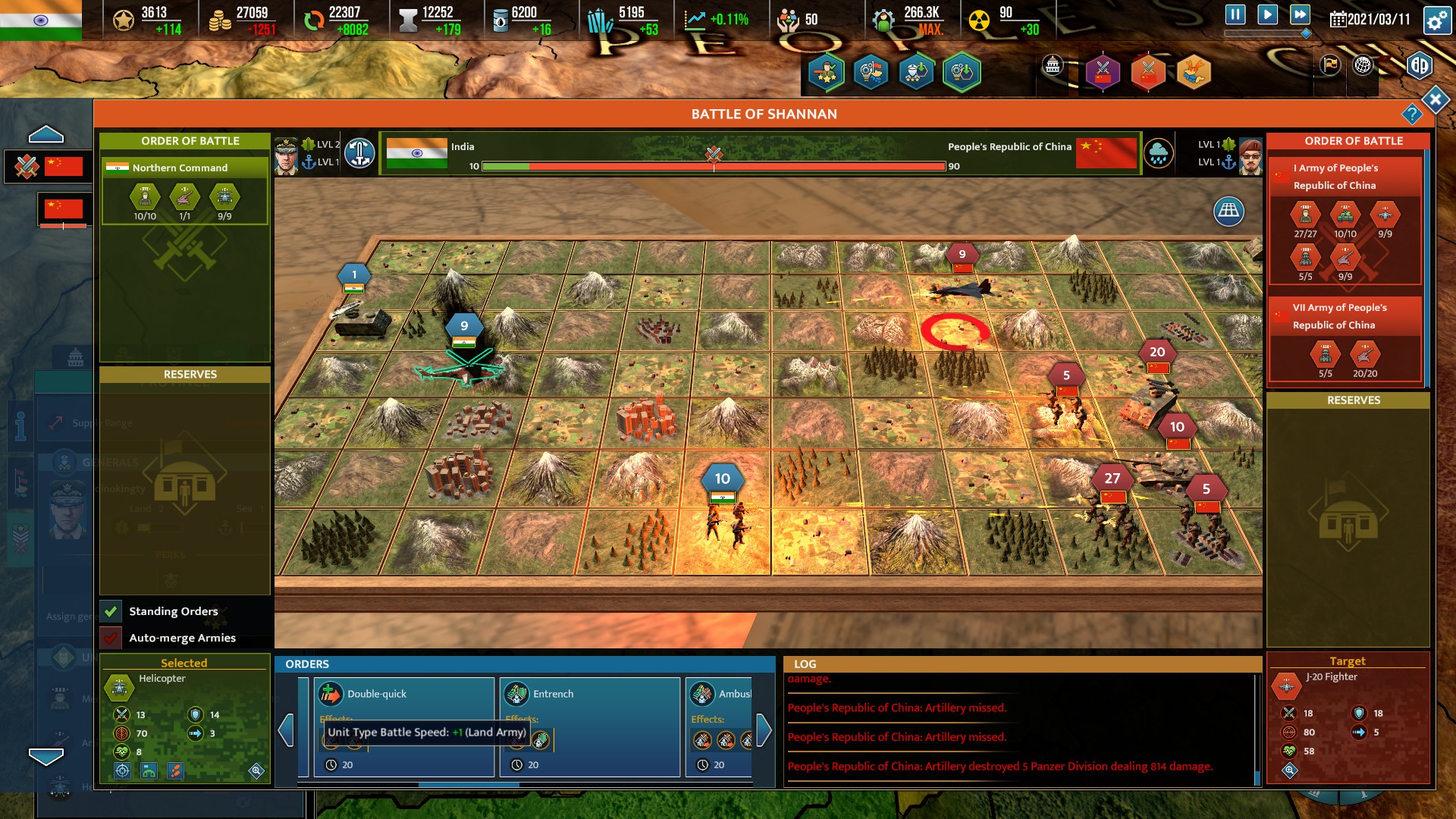 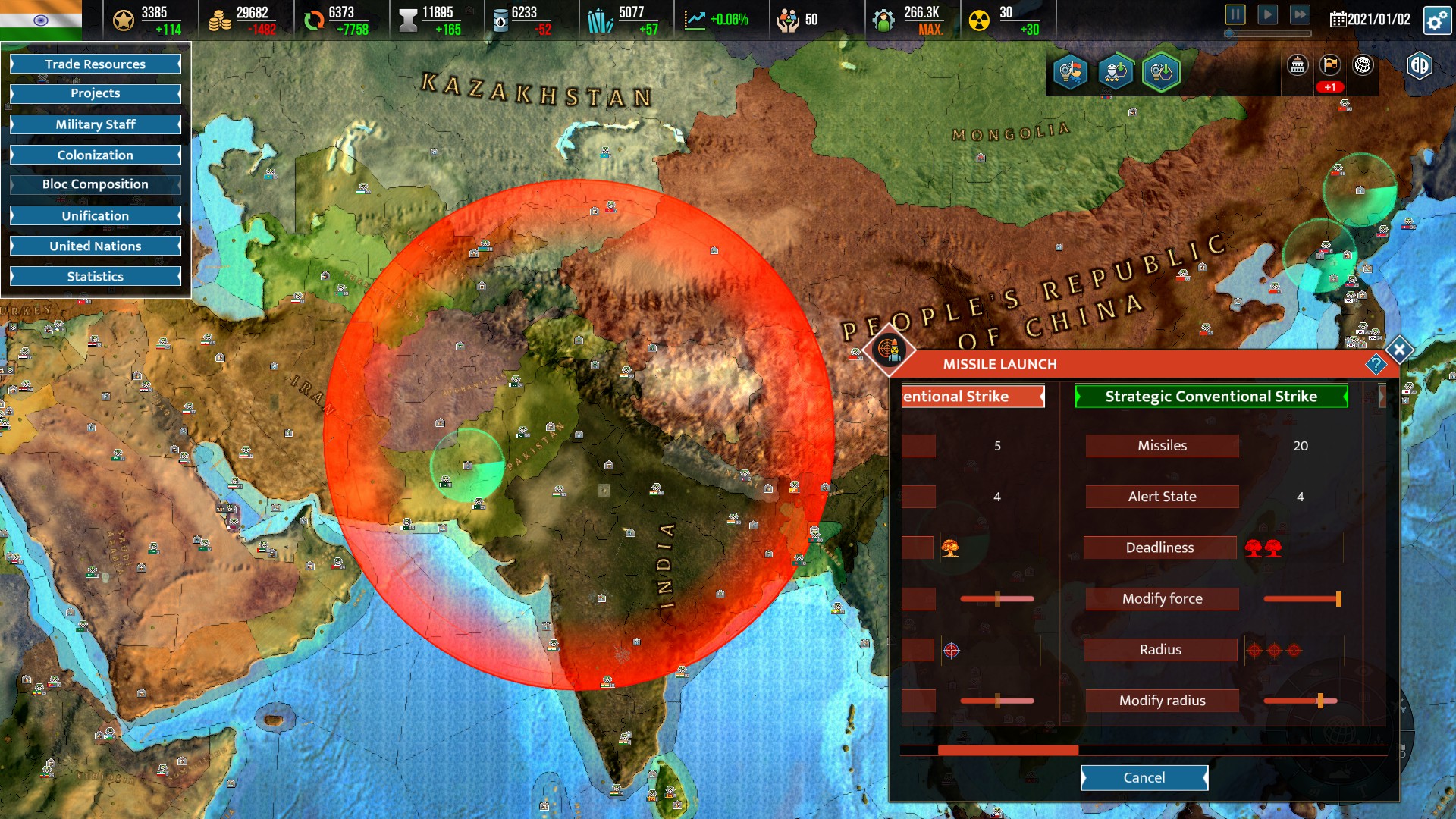 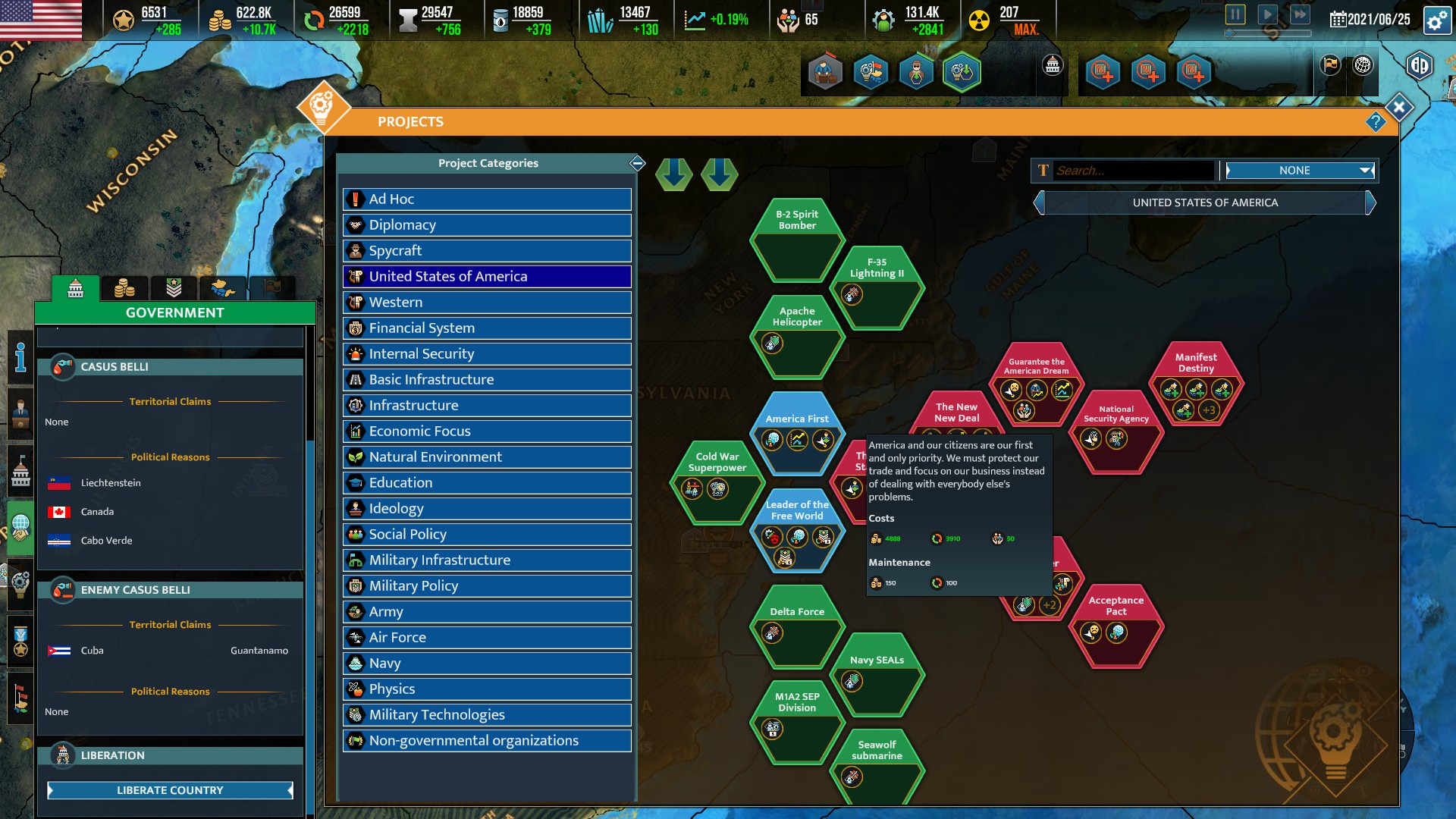 About Jujubee
Jujubee S.A. is the game development studio behind such titles as the "FLASHOUT" series, "KURSK", the real-time strategy game "Realpolitiks", "Deep Diving Adventures" and "COVID: The Outbreak". Currently the company is working on two strategy games: "Realpolitiks II" and "Dark Moon". Jujubee's goal is to create inspiring and unconventional games for all significant device platforms, such as iOS (iPhone, iPod, iPad), Android, Mac, PC and consoles. Jujubee is a publicly traded company on NewConnect (JJB) and is a majority shareholder of strategy games producer Strategy Forge S.A.

Realpolitiks II, is set to come out of Early Access on April 8th, 2021 on Steam, GOG and other digital platforms.

The time for your second term has come - Realpolitiks II is now available!

Realpolitiks II is coming on 18th of November so it's time, to check out what the game looks and plays like! Watch this narrated gameplay video, where...

Featuring 208 fully playable countries, 2 campaigns and over 1500 provinces, as well as many new features and mechanics

Adds Japanese localization to the game. This is not an official translation - it was prepared by fans of the production. Just extract the content of the...

The WW2 Mod is a RealPolitiks 2 scenario that takes place a year before WW2. You are in a critical situation, war is under the horizon. This is officially...

The EU split into smaller unions. Poland runs one of them. The other unions established with the EU are led by Germany, Sweden, the Netherlands and Greece...