Browsergame and Tower Defense "Reach The Roof" officialy starts EARLY BETA! Try out the brand new build at www.reach-the-roof.de and leave some feedback at the forums. 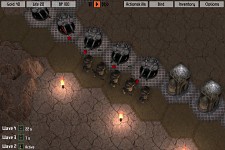 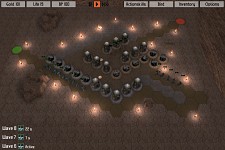 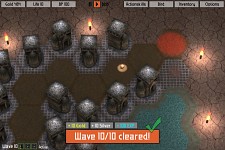 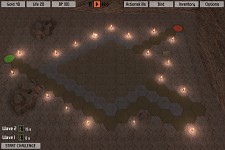 Nobody ever reached the roof of the tower composed of 100 challenges. The browserbased game now comes along with permanent death mode and new highscore tables. Defeat your enemies in four different tower defense game modes, upgrade your towers and find better equipment!

NOTE: You will play Reach The Roof in an early beta stage. Final game content can change. Some gameplay elements are still missing and going to be implemented.

Have fun and don't forget to leave some feedback here or at the forums.

I have some fresh screenshots for you! Lighting is one of the most powerful tools in game development - here you can see my first experiments.

Timmy and the raven

This news handles the new website features like highscore and live news ticker. There are also hints about the future development of Reach The Roof.

Tags
Embed Buttons
Link to Reach The Roof by selecting a button and using the embed code provided more...

Castle Must Be Mine Tower Defense