Raptor Boyfriend: A High School Romance is a dating sim about a socially anxious teenage girl looking for romance with a conflicted magical Fairy, a sensitive loner Sasquatch and a bold and unpredictable Velociraptor.

Live this '90s teen drama as Stella, who moves to a small town only to discover it's populated with hot Cryptid teens. In her last year of high school she's determined to make new friends, find romance, and smooch.

Be charmed by Day, the magical fae (fairy) and self-deprecating but talented artist. Navigate her complicated relationship as she's haunted by the ghost of her ex-girlfriend.

Reunite with your childhood friend Taylor, the mysterious guitar-playing bigfoot. Discover why he's changed from the kid you once knew to the troubled teen he is now.

Meet Robert, the once-popular sports dino-star and daredevil turned poet. Help him reckon with the loss of his past snowboarding glories.

Play a branching story full of unique heartfelt romances. Share your innermost secrets over the phone. Collect tapes, poems, and comics from your crushes.

It's up to you to decide what Stella cuddles: WINGS, FUR, or SCALES! 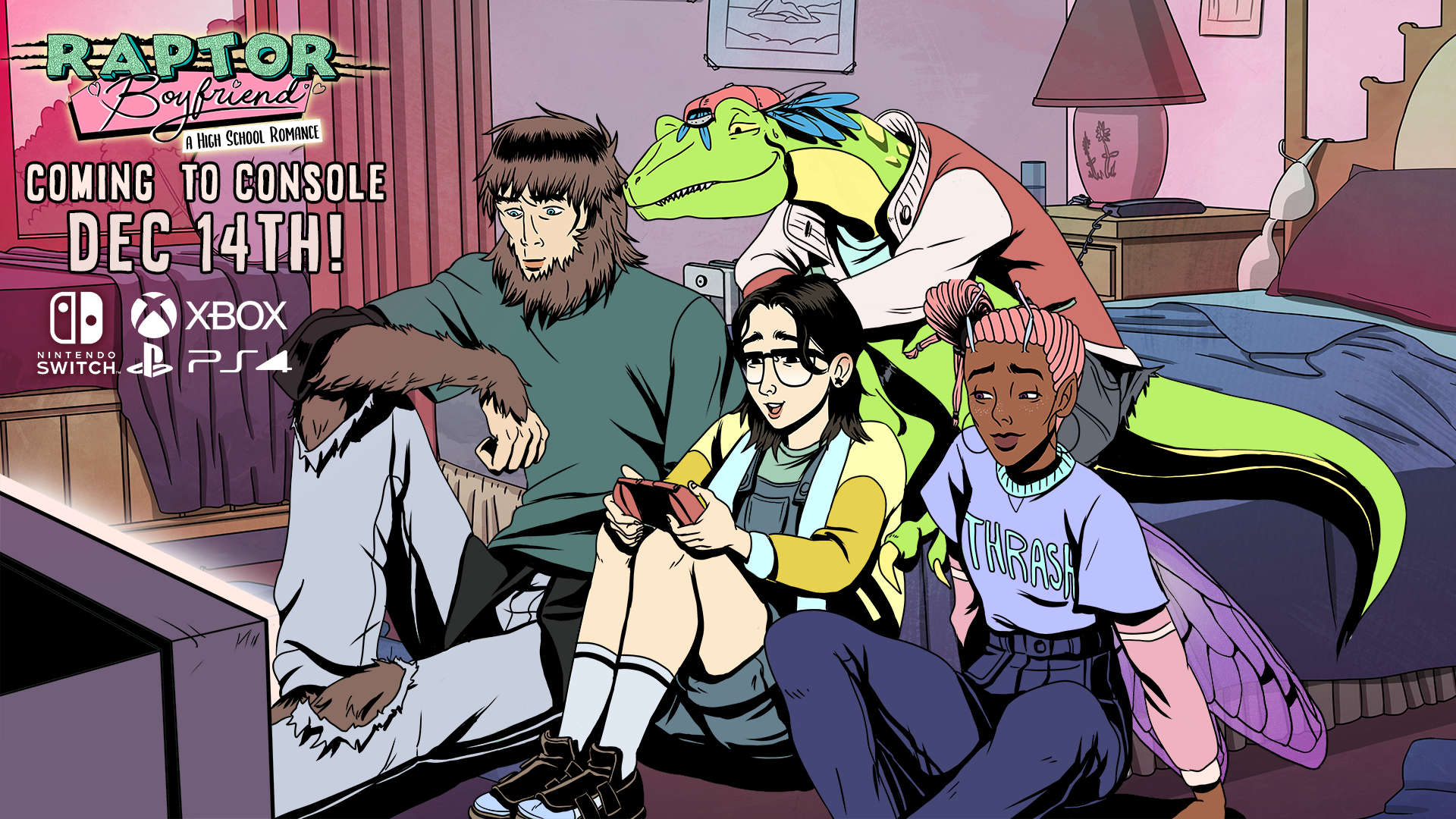 The game will be available for 13.99 USD across all platforms, with a 20% launch discount.

The team worked with Ratalaika studios and Eastasiasoft, the prolific visual novel publisher to bring Raptor Boyfriend to consoles.

Play through your senior year of high school as Stella, the socially awkward teen girl who has just moved to the magical town of Ladle in search of new love, from the comfort of your couch!

The updated trailer features new testimonials as well as all-original 90's inspired music composed by Sloane Smith, one of the game developers and audio composer of Rocket Adrift.

This postmortem is about trying to identify what happened during the development of Raptor Boyfriend. What were the challenges? What were the decisions...