Quarries of Scred is essentially, a simplistic Arcade style game - the goal is to acquire credits through the acquisition of valuable resources, while avoiding gravity-induced peril. Players must be aware of their surroundings as they dig deeper into the underground - a misplaced laser blast could cue a landslide. Precious gems can be squished by falling objects, and each move should be well thought.

Through the use of a seed, each game is generated dynamically - though there is also a new, standardised seed each day over which players can compete to have the highest score.

Update 005 has been released 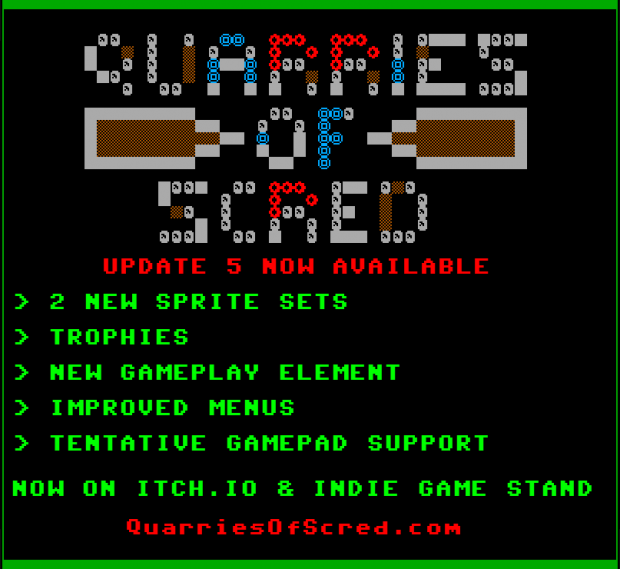 Quarries of Scred has updated!

How to get it?

The game's files have been updated on itch.io - if you have already purchased the game, simply check your download link (or go to Itch.io's support page and pop your email into the box to get a list of your games).


If you don't already have a copy, feel free to jump over to itch.io and pick one up - for just $5 AUD!

Alternately, the game is also available on Indie Game Stand for the same price 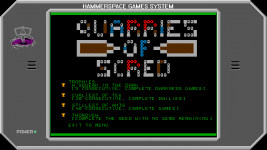 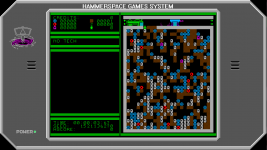 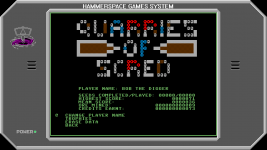 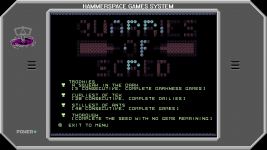 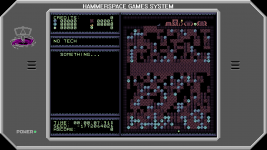 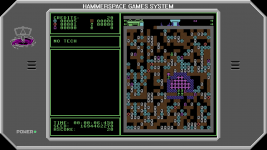 Update 004 has been released

Quarries of Scred has updated - bringing new game modes, a new enemy, a new tileset, twitter integration and many other small tweaks.

Quarries of Scred has received a content update, including new randomised areas. As a celebration of this, and the sales so far, the game is also on sale...

Quarries of Scred - Now available on Itch.io (And on Sale)

Quarries of Scred has now been updated & released onto the itch.io marketplace, and is presently on sale. Older builds have been removed from this entry.

Quarries of Scred gains it's best test build yet - with addition of sound, a new gameplay element (Mushrooooms) and more interesting generated areas...

Hey I wrote a article on this game. Come check it out if ya like!
Big thanks to the developer for this great game!
Hope you enjoy.
Martyra2j.blogspot.com

If I did Twitch streams at all, this would totally be a staple. You can hold me to my word on that, for I am sure I will start streaming at some point or another. Keep on tweaking the game, for the love of sweet Songlasia! (Don't lie, you get really excited when you come across some!!!!)

Downloaded it, played a couple quick rounds. Loved it. It's a great little gem that I absolutely enjoyed playing. Can't wait to play it some more!! :D

I'm surprised you still haven't locked me down and told me to play yet but then again, we know the repercussion is that I won't stop playing either =P

It'll be good to get your feedback on it, definitely.

It's a great thing to be here for this project.

I'll be uploading a test build in a short while.