A puzzle game about a young protagonist finding her true self in a very strange world.

Thanks for voting and helping Protoform on it's quest to become the 2022 Indie of the Year. You are now in with a chance to score some free games. Help this game secure more votes by embedding the widget (or link) we have included below on your favorite sites.

Similarities and differences between "Protoform" and " Portal"

“Portal” is a great game, but we didn’t take anything as reference. First of all, the way we see, there are two elements look similar in these two games.

The ultimate objectives of each level in “Protoform” is as succinct as solving the puzzle and leaving through the exit. In this case, the cube is a “key”. And the process of puzzle solving is, in other words, execution of various steps in order. Therefore the cube is made to construct these steps and form short-term objectives, then naturally guide players to proceed. For example, generally speaking, players need to find the cube, then pass through the sentries, and bring the cube to the exit. It’s the design method commonly used in puzzle games. 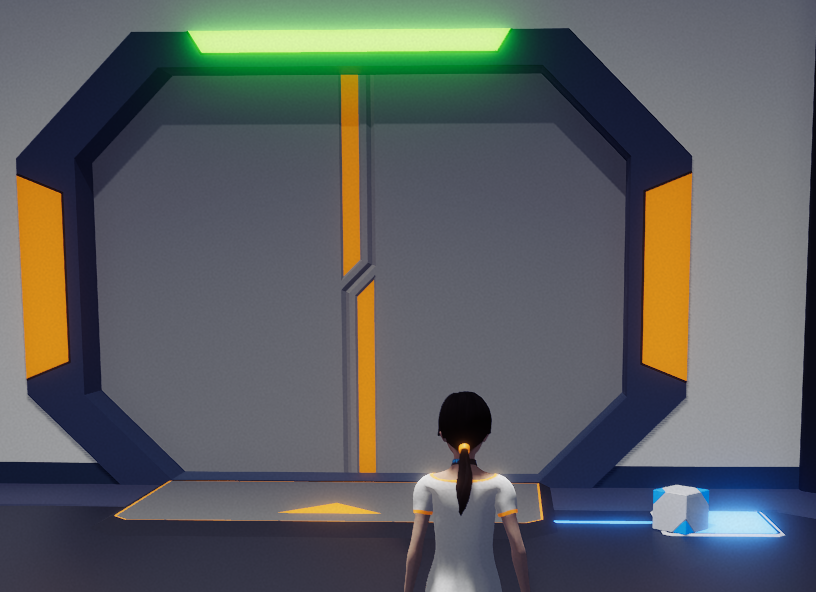 Open doors as a key

In the early phase of our project, we knew it’s a combination of puzzle and stealth games. In our designs, players need a tool to confront enemies. Just limited and strategic confrontation, not aggressive. Naturally, “Sound” came to our mind. Sentry’s hearing can be used to fight against itself. It’s common in stealth games too. 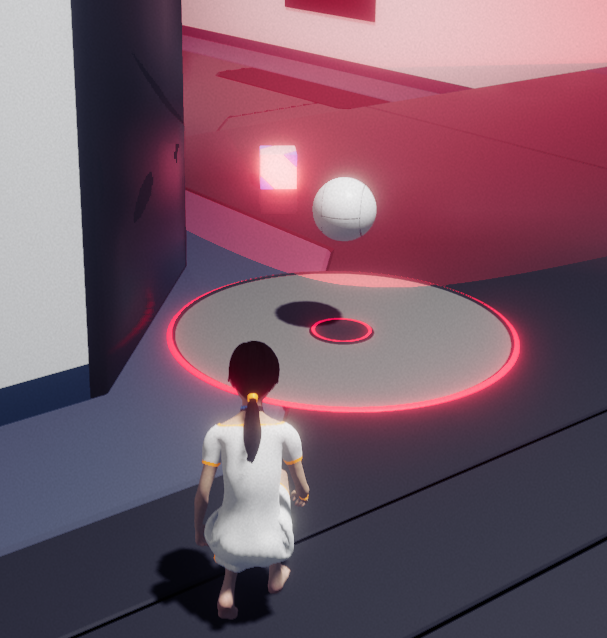 After all, we combined the functions of “Sound making” and “Key” into one object, the cube. It’s something similar to the “Ockham's razor”, which is “Entities should not be multiplied unnecessarily.” The cube is an object that provides various functions. In contrast, the cube in “Portal” has fairly singular functions. 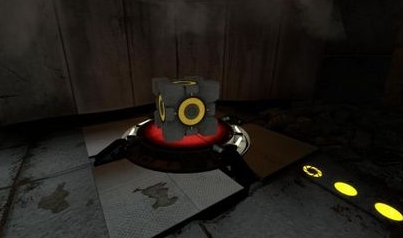 About the appearance of the cube, we’ve designed a lot of different shapes, and they transform according to the enabled function. But we think the appearance should be succinct and pure, since the functions are already so complicated. That’s why we chose the current shape.

In puzzle design, obstacles are also necessary. One of the most important part is the roadblock-like existence to block the forward path. And likewise, we think we could combine all sorts of “roadblock” into a robot sentry image. In “Portal”, sentry can be used by players against other sentries within the law of physics. 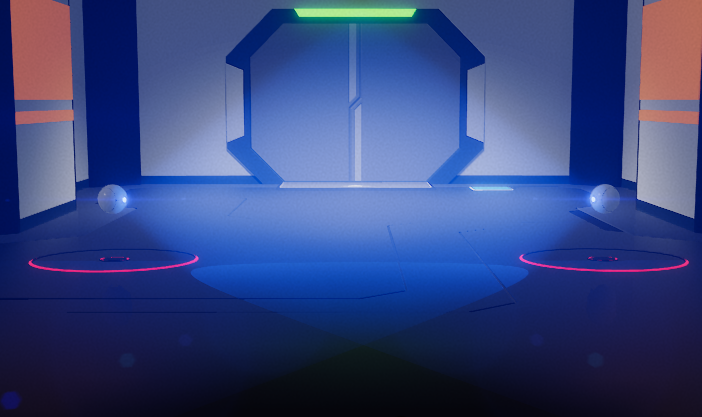 When the game was still in the phase of concept development, we designed certain existences with multiple functions and roles, such as the cube and sentry. They are how they look right now because of countless consideration and discussion. We didn’t take inspirations from “Portal”, the only explanation is that similar designs leads to similar results.

Apart from these two similar elements that are different in fact, the puzzle designs are not the same as well.

However, the puzzles in “Protoform” is more combined with stealth element. Players need to observe the sentries, and seize the opportunity in terms of vision, hearing, speed, and time. In the game, sentries’ vision and hearing is not only a threat, but also the key of puzzle solving for players.

To some extent, there are similarities between these two games’ puzzle design. In the later stage of “Portal”, players can make use of the disadvantages instead to pass levels.

After the release of the demo, we want to spend some time and talk about its controls scheme.

Protoform - How we improved the game after internal test

We received much valuable feedback from colleagues in the internal test. Then we tried to fix all the problems we saw.

Protoform's first demo is out! Please try it and tell us what you think!

A little update about what we've been doing lately

Sorry guys. It's been long since the last post.We've been working on a few things in recent weeks.

The Ever Forward Demo will let fans experience nearly 40% of the entire game content, challenging them with eight intricately designed puzzles. At the...

This is the first Demo for Protoform, enjoy! Please feel free to tell us your thoughts!