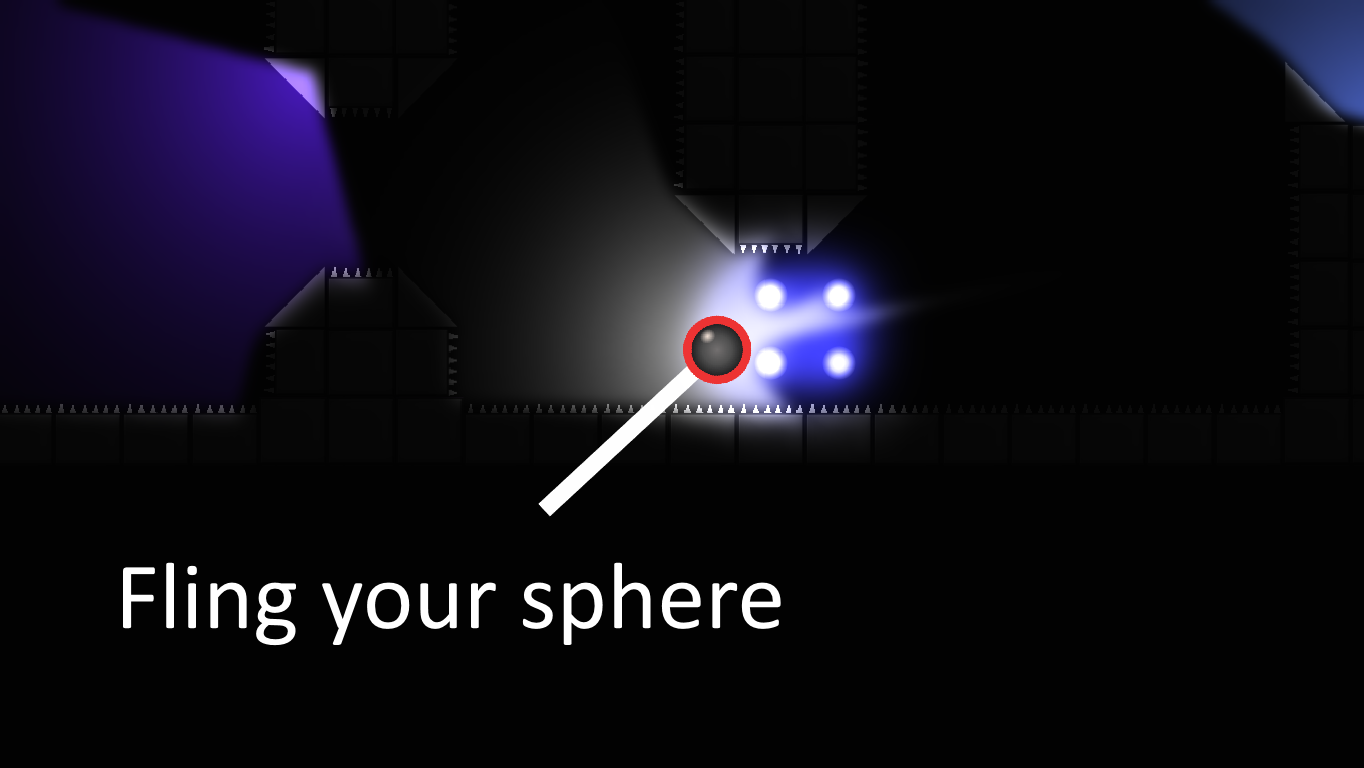 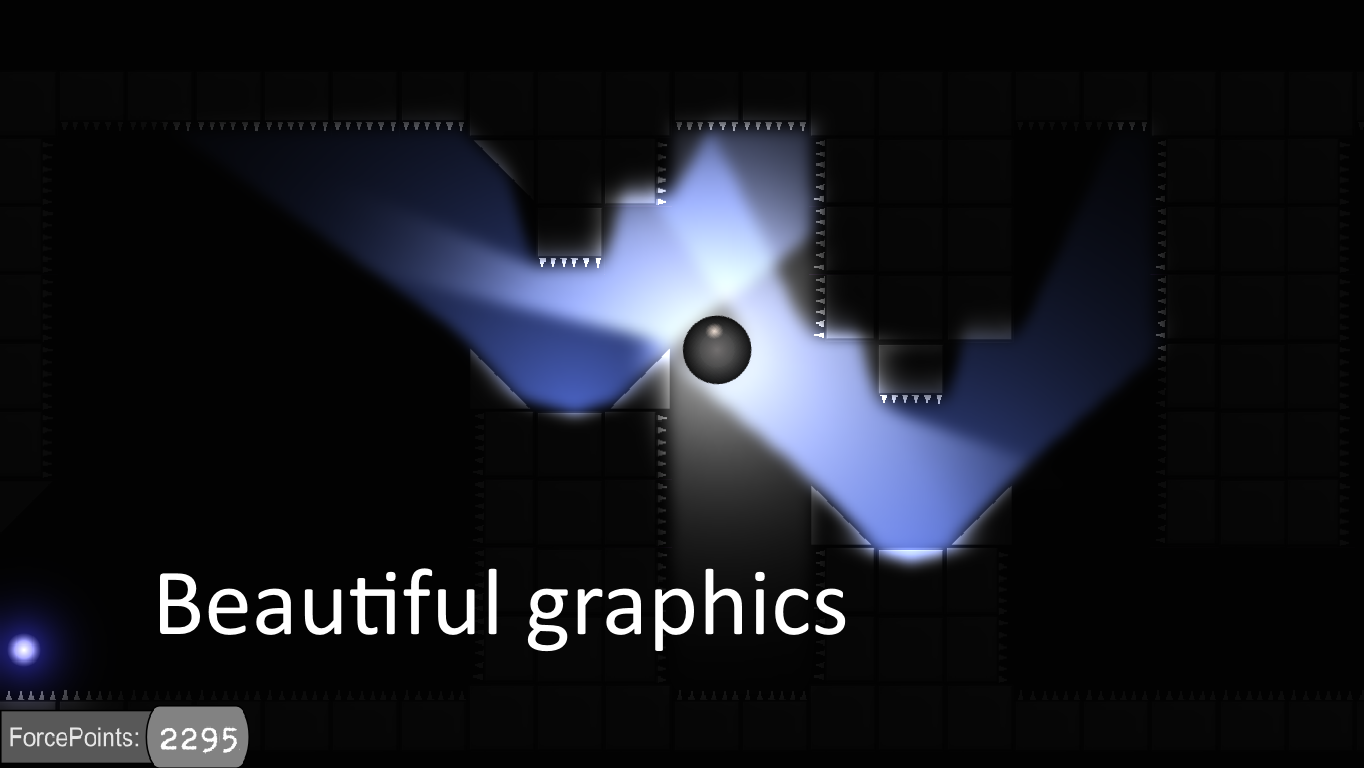 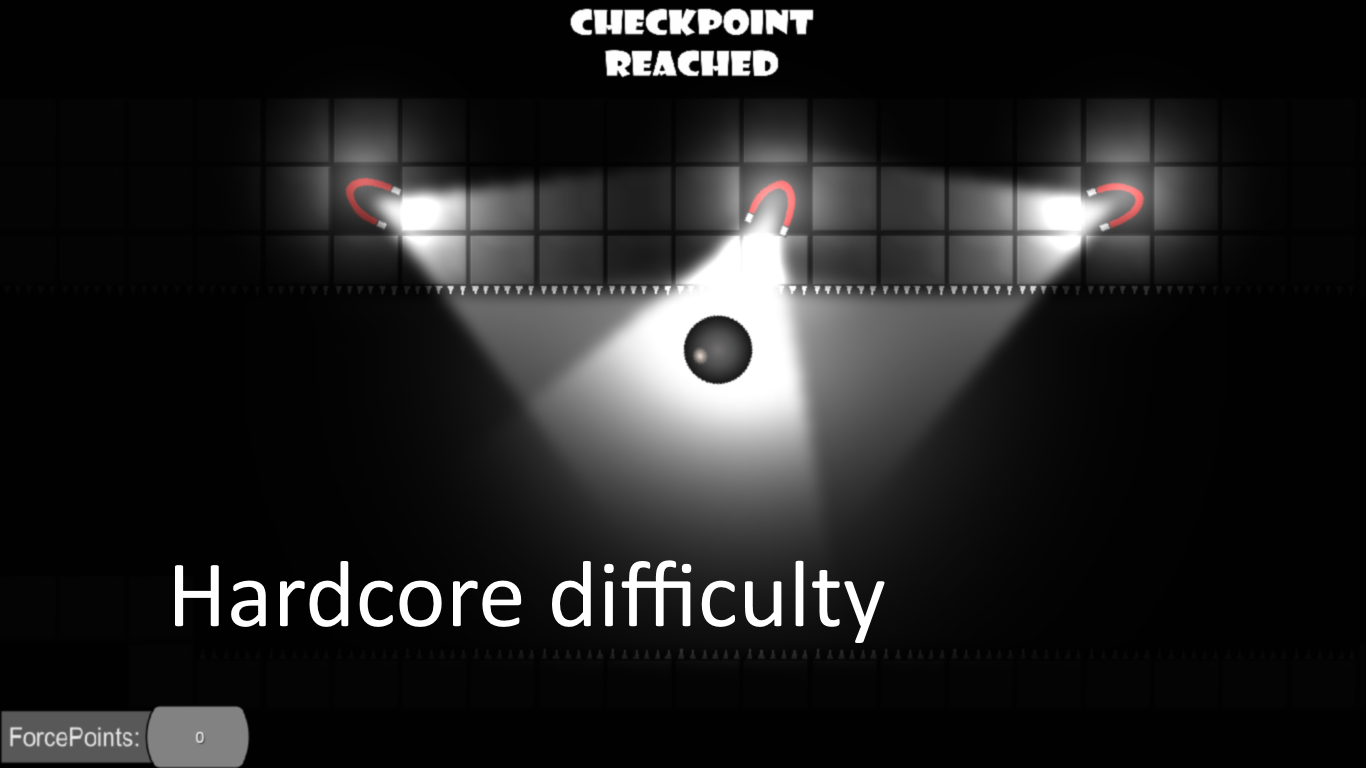 Project S.P.H.E.R.E. is a platformer with hardcore difficulty for Android and PC.

The special thing of the game is the "flinging-mechanism": a huge abyss with spikes, way too far for jumping? No problem, if you can control the Sphere with the force - an energy given by ForceBalls you can collect. Don't expect it's too easy! Especially the later levels are very hard, because things like portals or magnets can be a nasty trap - or your best friends: you'll never know, unless you try it...

Project S.P.H.E.R.E. is developed with libGDX, so I can test it mainly on the PC. I make use of box2dlights and the level editor tilED. It's cross-platform, that means it'll be released on Android, Windows, Linux and Mac (iOS could be possible, but I've neither a Mac for developing nor an iPhone/iPad for testing it; perhaps I find a solution)

The "main-programming-work" is almost done, so I can focus on the level-creation and testing.

Some news from development

New UI and Soundtrack!
Today, I implemented the first parts of the soundtrack from Jack Powell. It contains the tracks for the prologue and the first chapter, now I'm waiting for the music for chapter 3+4 and a Main Theme. :)
Another good news: Project S.P.H.E.R.E. gets a new UI! The current UI is made by me (and I'm really bad at making UIs...), so the new one should become thousand times better than mine.

#IndieDevHour on Wednesday!
Thanks to the #IndieDevHour on twitter I could get some feedback from other developers. On #IndieDevHour Indie Developers from everywhere come together each Wednesday at 20pm (UK time) and chat about IndieDev, cross-promote, show their progress and so on, everyone can participate!

New Levels and Screenshots :)
While waiting for the other parts of the soundtracks and the new UI design, I use the time to fix bugs and create some new levels, here you can see one of them: 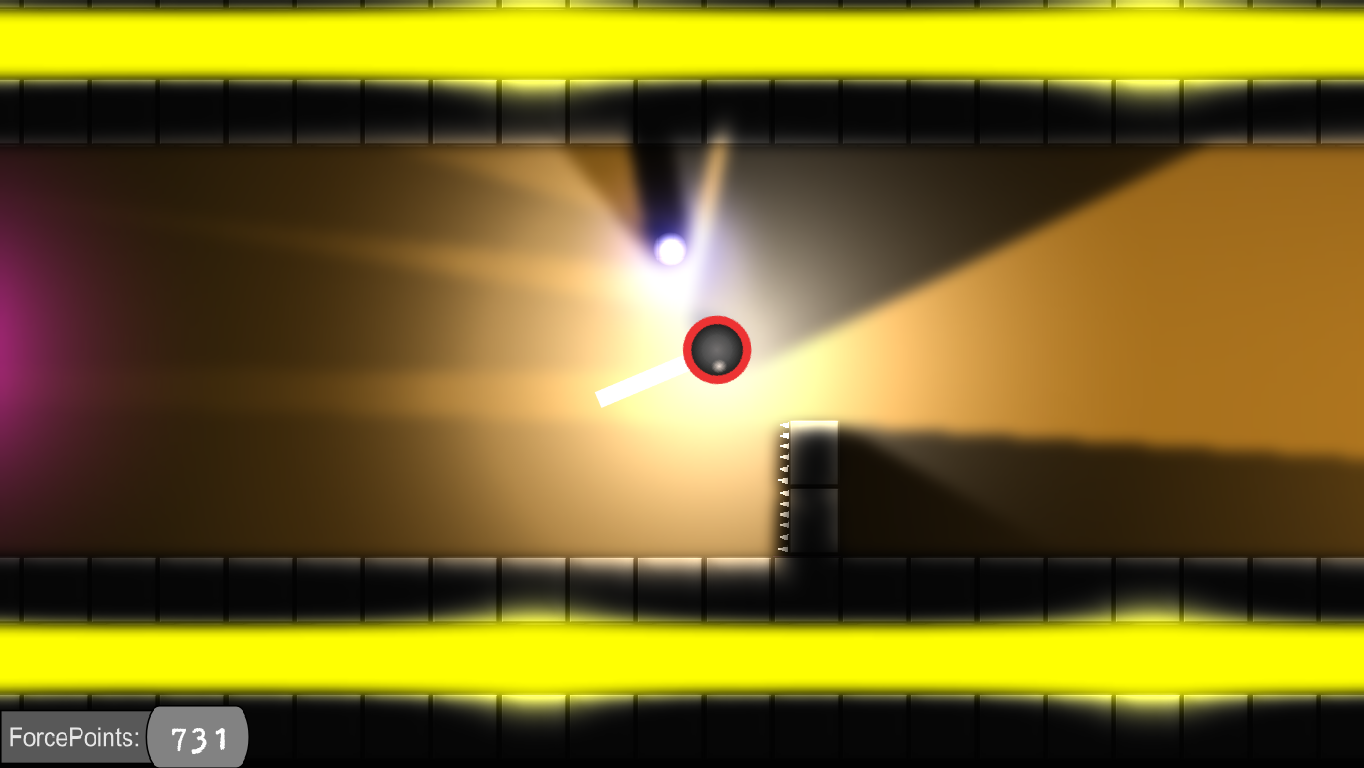 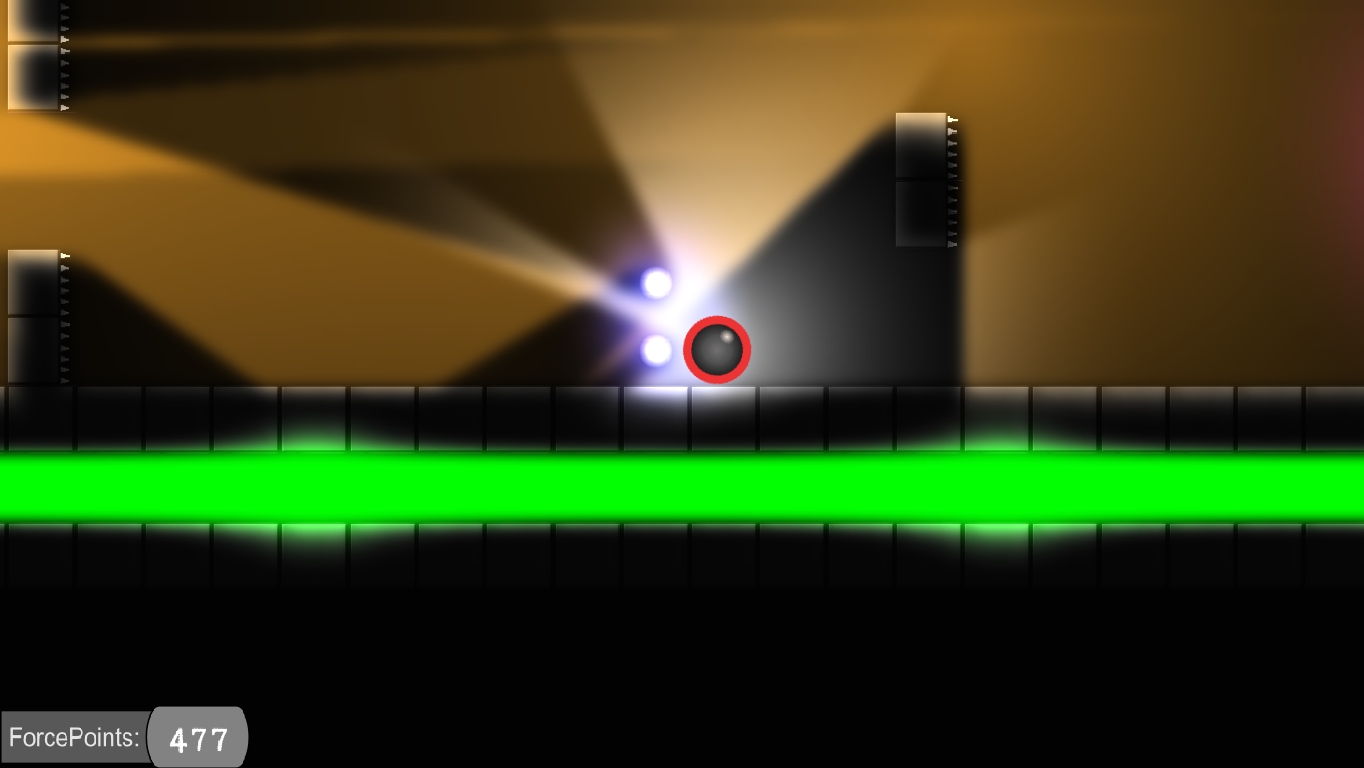 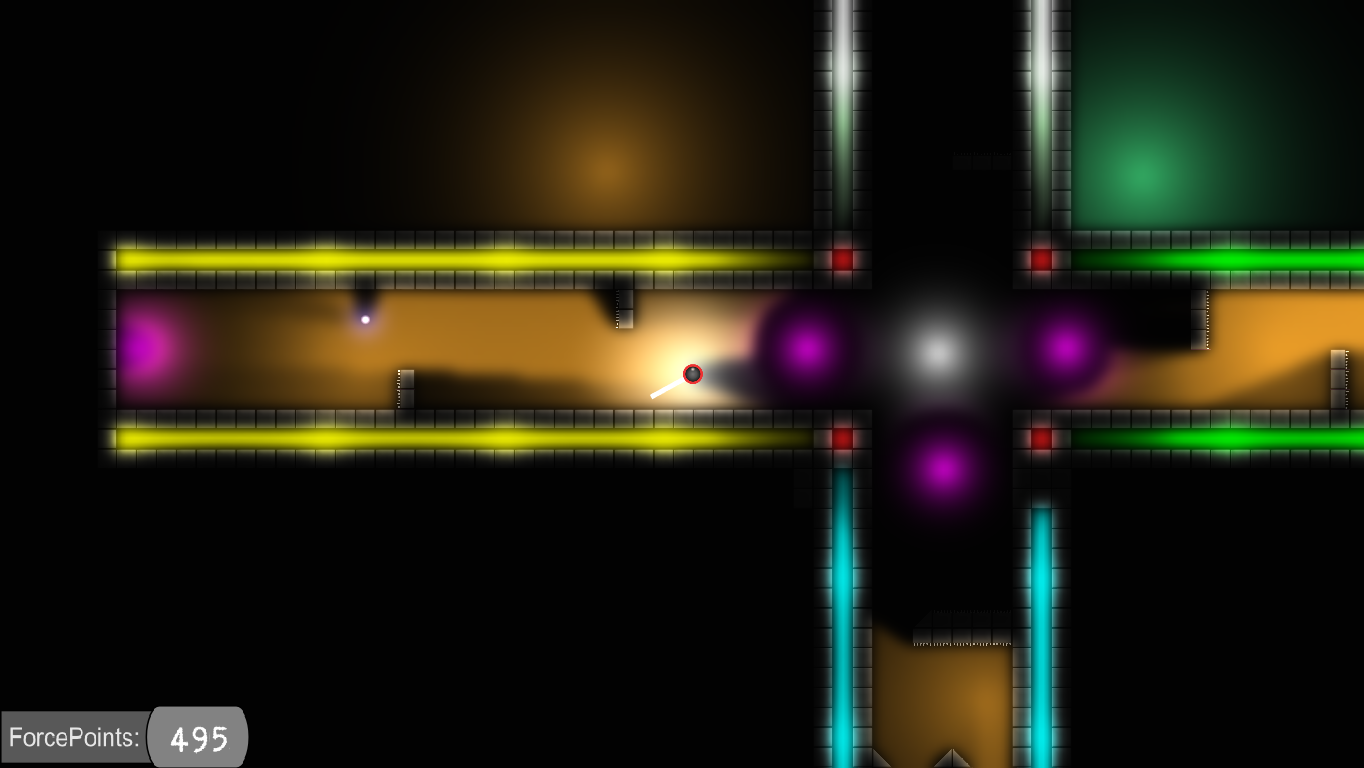 You can download the current alpha of the hardcore platformer Project S.P.H.E.R.E. here:
Play.google.com

The new stuff will come with updates within the next weeks.

A free version of Project S.P.H.E.R.E. is now available on Google Play!

The public alpha of Project S.P.H.E.R.E. starts on Android!

When the normal playthrough is not enough for you...

One game - multiple platforms: About developing for Android and PC

Marble It Up: Mayhem! Platformer