Pro Gamer Manager 2 is incomplete and currently in a alpha stage.

PGM 2 puts you in charge of creating your very own successful e-sport organization. To achieve this you, as Manager, need to take good care of your Pro Gamers physical and mental health to make sure they can deliver on match day. If they do, your team may survive another day in the dog-eat-dog world of professional e-sport.

The current version of Pro Gamer Manager 2 is a alpha version of the game.

What does this mean? It means that PGM 2 is still in its early stages of development. We have completely rebuilt the game from its predecessor, so this is a completely new game. It’s built on the original PGM idea and it’s designed to be developed through an early access process.

So what can you expect from PGM 2 in its current form?
While there are final and core game play features implemented, there are many that aren’t or will need to be tweaked.

This is all part of the development process and we’d love for you to join us early on, on this road to finish the game. So if you think our gameplay is enough for you to want to back PGM 2 in its pre alpha stage, we’d love your support. Otherwise we recommend you to wait until we’ve come further along in the development process when the game is more stable and we’ve implemented additional gameplay and other content. We’re committed to making PGM 2 the best game it can possibly be and having you join us on this journey is a vital part in making this happen.

Please send your feedback/bug reports/suggestions through the in game contact form or through our subreddit or Twitter pages for a quick reply.

Thanks for voting and helping Pro Gamer Manager 2 on it's quest to become the 2022 Indie of the Year. You are now in with a chance to score some free games. Help this game secure more votes by embedding the widget (or link) we have included below on your favorite sites.

We've been working hard for a long time to get to this point and we hope every one out there supporting us will love where we're going with this as much as we do. That said, everyone should be aware that this game is still in it's early alpha stage and has a good way to go before it can be considered a finished game. But we love the concept, and hope you'll allow us to continue on this journey :)

So, what are the major differences? 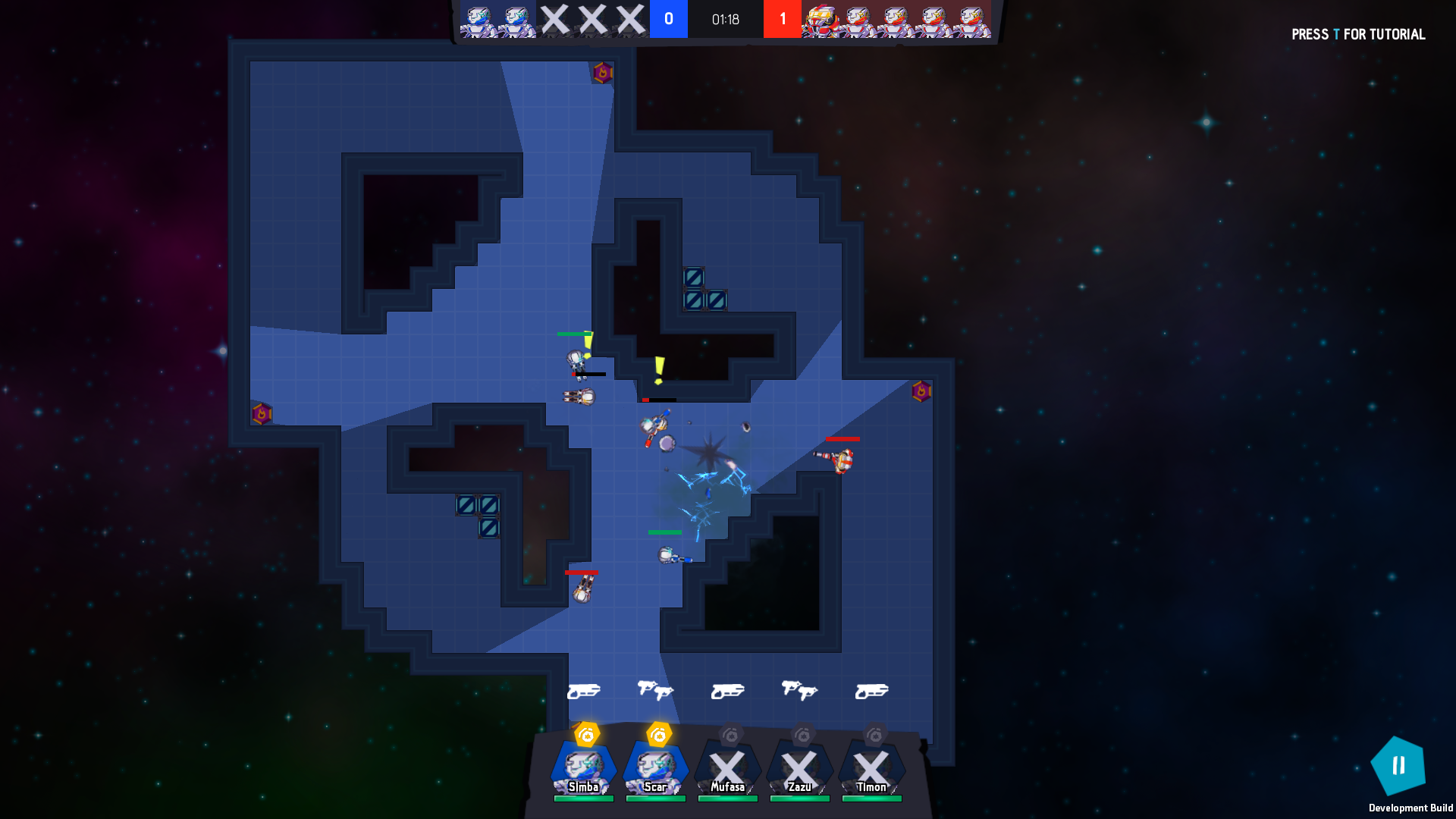 You can now enter the arena with your Pro Gamers and play their league matches with them. This allows for more control for you as manager and more varied gameplay. There are several different maps to learn and perfect. If this is not your cup of tea, you may choose the quick resolve button. 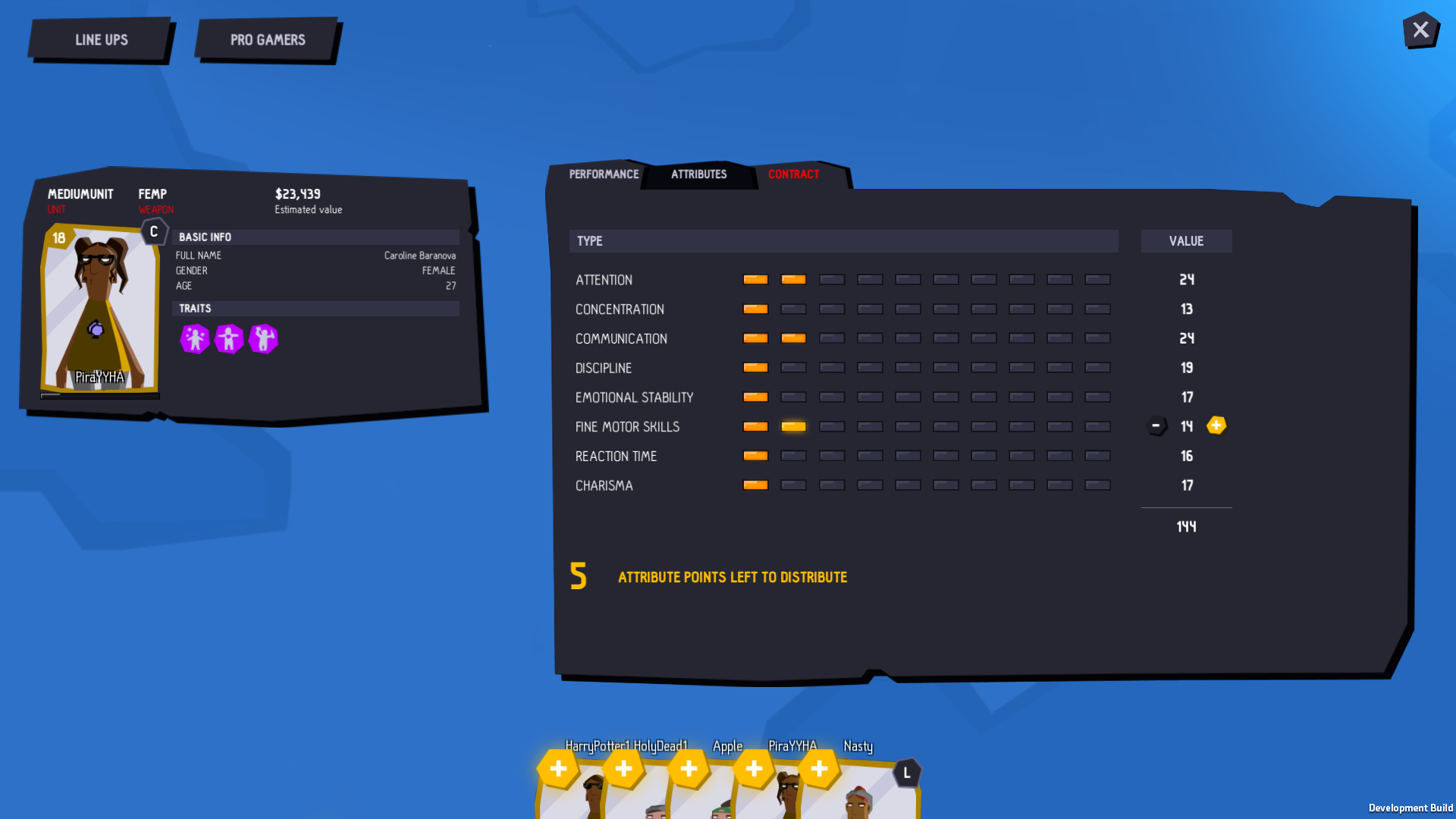 The Pro Gamers themselves are much richer characters. They all have their own traits and attributes making up their personality. Traits are core personality, such as being lazy, or a vegetarian. Attributes are more game specific traits that affects things when gaming, such as reaction time or attention. Traits are given but attributes change over time as you yourself get to choose which ones to develop. 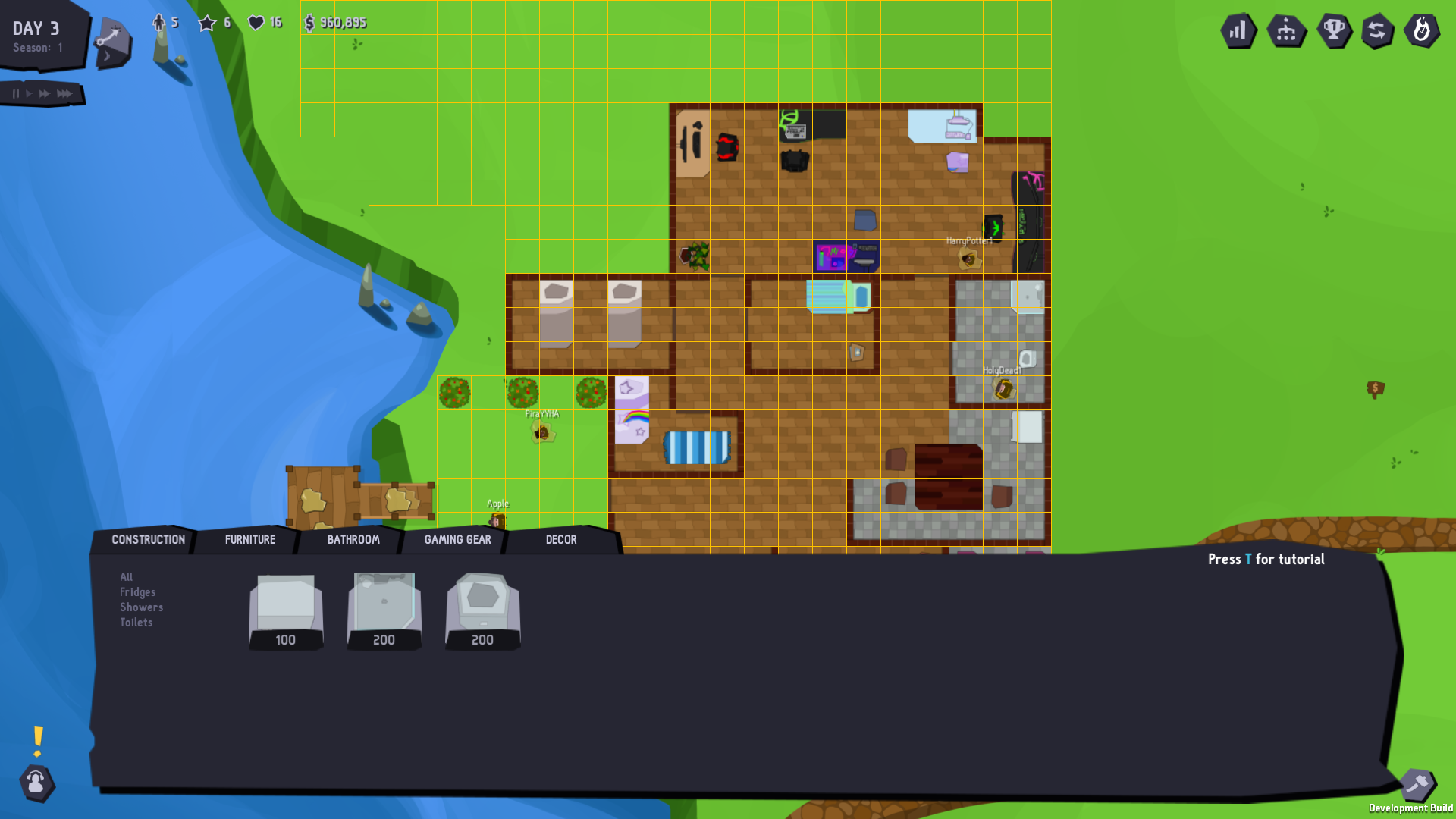 You can now build and furnish your own house to your own tastes. There are expansions available to make your property larger and decorations to make it more homey. Don't forget to give all your Pro Gamers a bed, a computer and other things needed to stay alive such as bathroom appliances and a fridge. 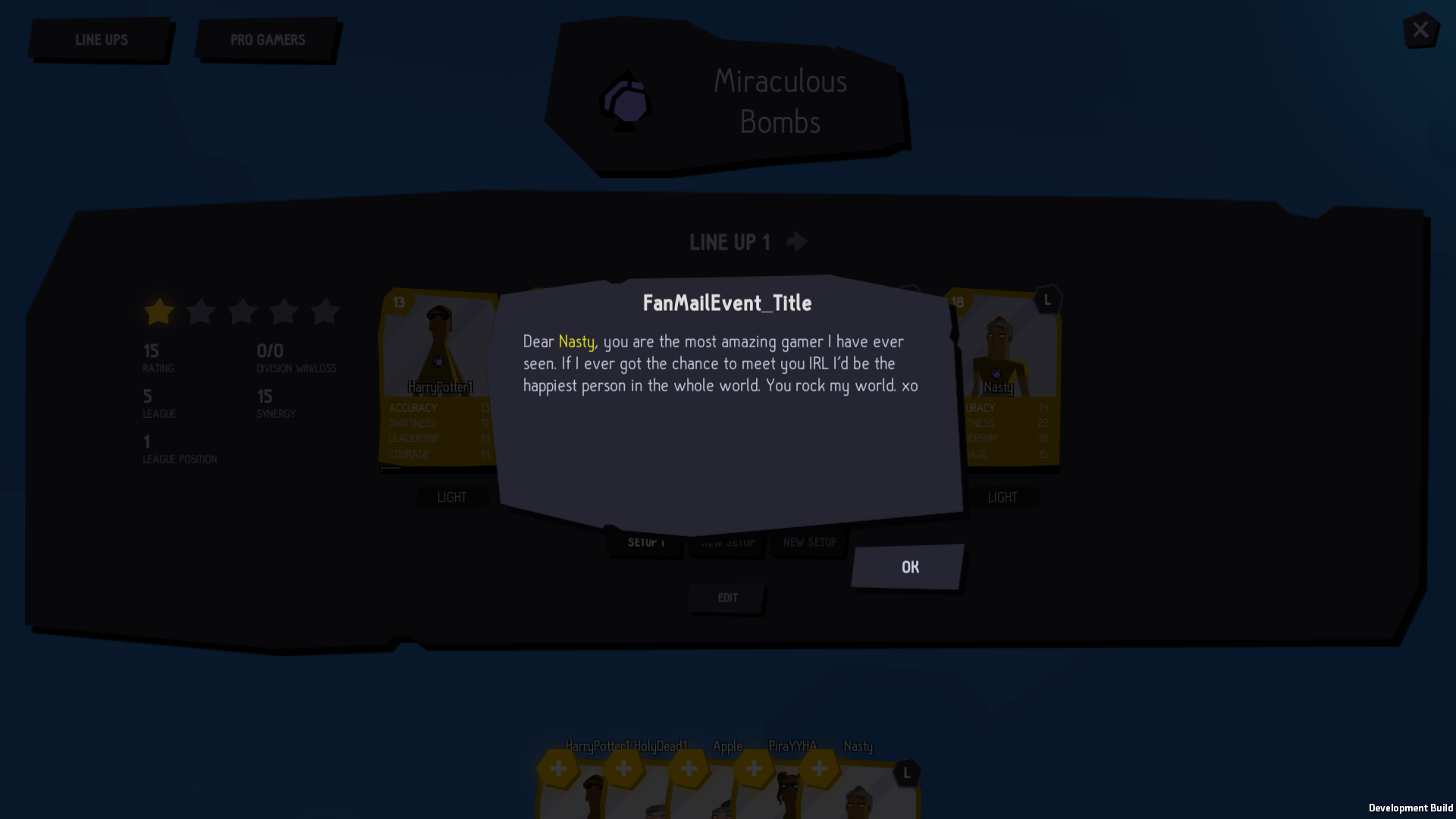 To spice up the life of the Pro Gamers we've added a whole bunch of events that are triggered by circumstances or more randomly. All events have some sort of impact on the Pro Gamer they're directed at or on the whole team. Sometimes it's pretty straight forward what happens, and sometimes you'll have to pay attention to see what the effects are. 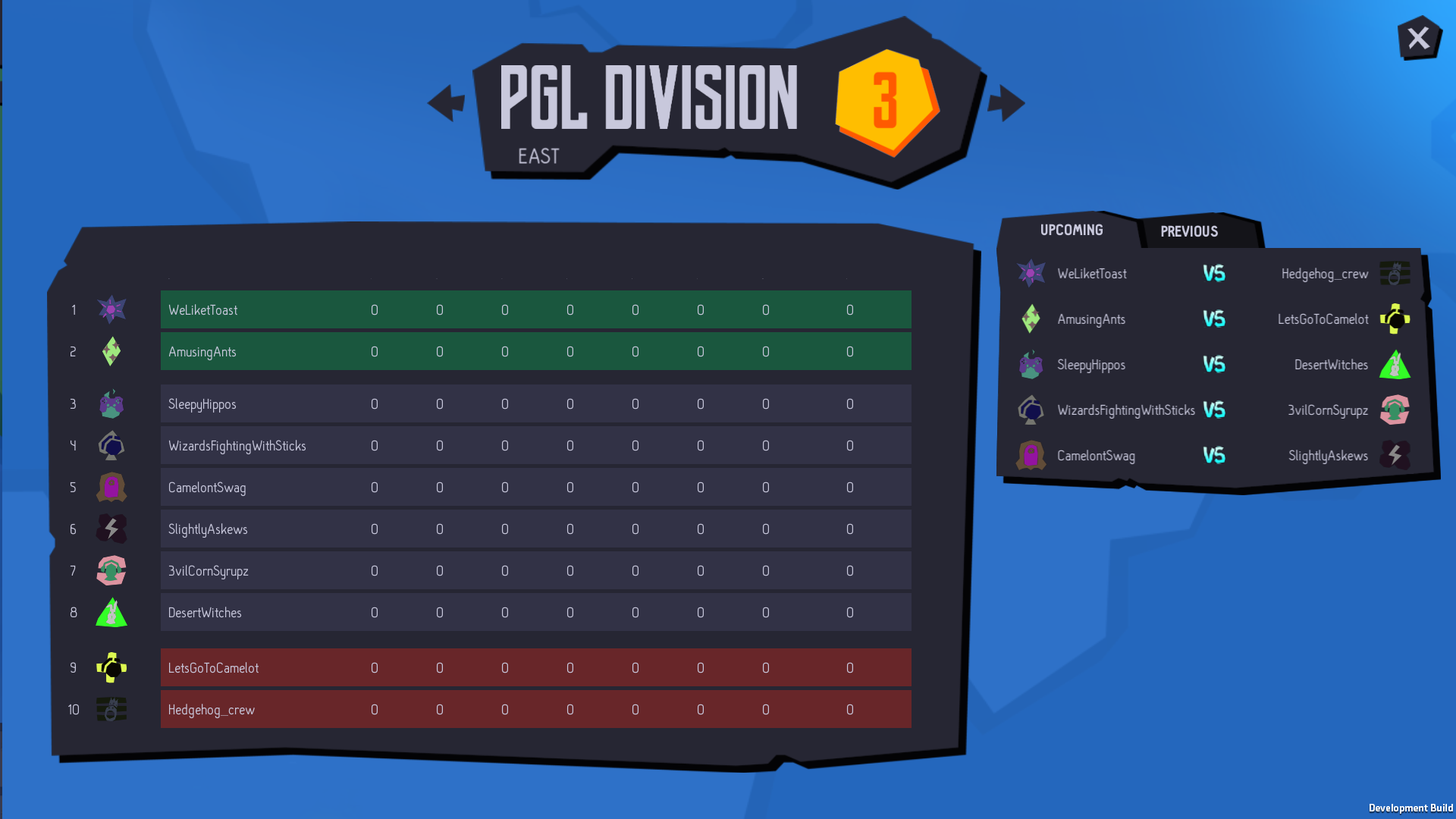 The main goal is of course to become the best Pro Gaming team there is. You start in division five and (hopefully) move up as your team improves. You can follow the other teams as well and see how they move up and down in the divisions with in the League and trace their gamers as they are being put up for sale or try their luck as free agents.

We hope that all this will keep you entertained for hours as it is. We have lots of ideas of enhancements and there still is a lot of polishing and bug hunting to be done. But then again, we're still in the alpha phase.

We love to talk to our supporters and to get feedbacks and ideas. For quickest response, try our Twitter feed.

New teaser trailer for the Alpha release of PGM 2 - coming this fall. Read the FAQ for all the latest news on the development as well as a look at the...