Pool Nation VR demonstrates more than just how pool physics will be experienced in the VR space. Players will be able to interact with all sorts of objects, create trickshots with any plates, bottles and other items in the pool hall, play virtual darts, and take part in the time-honored pastime of throwing empty beer bottles against the wall. With the most advanced proprietary physics engine honed for billiards realism, Pool Nation VR aims to deliver the most interactive VR pool experience in the most chilled VR hangout. 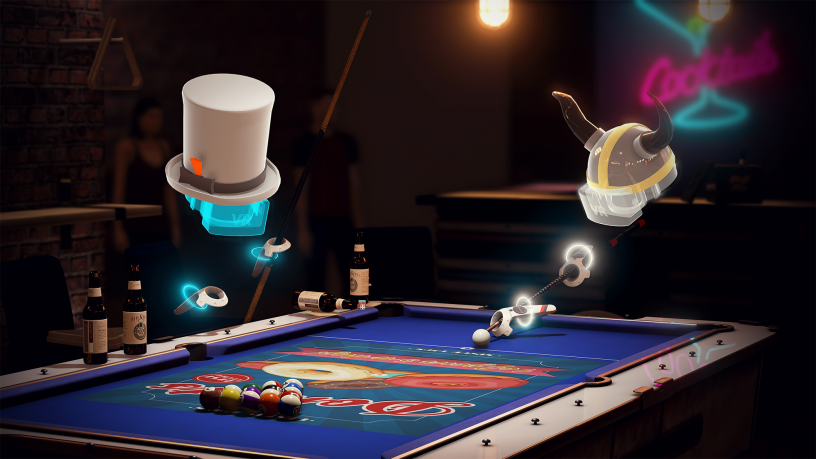 Developer Cherry Pop Games’ new instalment in the Pool Nation series, Pool Nation VR, has a new release date of June 1. According to a press release, the game was delayed to polish up its online multiplayer mode, which allows two players to compete in the same VR space.

The HTC Vive exclusive game ostensibly simulates a traditional game of pool with the Vive’s motion controllers, but its physics-based environment allows for all kinds of crazy activities on the side. You can throw bottles at your opponent, or cover the pool table in nearby bar stools, or try to shoot a pool ball into a stack of beer bottles. There’s also a fully simulated darts board which you can play while waiting for your turn.

Pool Nation VR could be the perfect kind of game to showcase what is possible in VR to people who may not be familiar with the medium or games in general. It takes a well-recognised activity which takes place in a contained environment – perfect for the Vive’s room-scale tracking – and then allows you to play and experiment with the surrounding objects in ways that you would naturally expect to be able to. The game will release for US$19.99 on Steam. 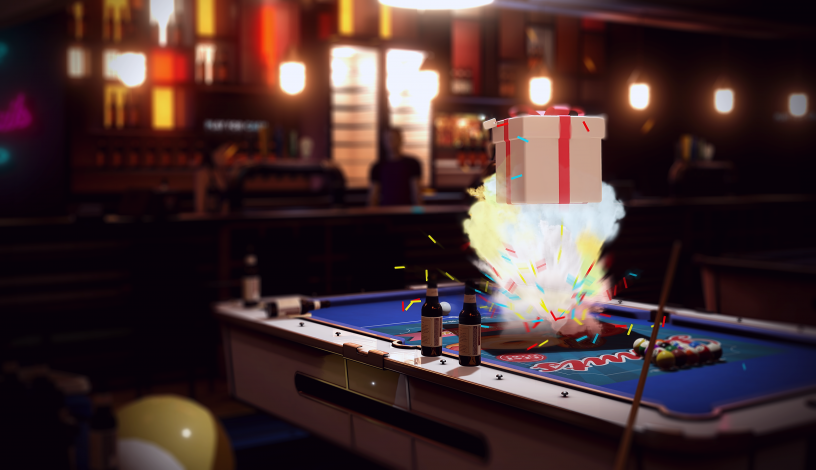 Grab your cue and get ready to shoot some virtual balls.

Players Choice VR of the Year 2016