Look after little superheroes. Don't fall for their tricks and stay focused while taking care of their needs and keeping them entertained. Each kid has a unique power that can disrupt sleep, destroy furniture or make your job a living hell.

Control the children's mood, hygiene, hunger, energy and physical health. Watch their well-being, otherwise, kids true power may manifest itself, making it difficult for everyone. However, any power can be stopped, sometimes you will have to use a fire extinguisher, and sometimes a shovel.

Invite friends to play together on the couch co-op or to play multiplayer and celebrate chaos. Each player has different skills, one is better at cooking, the other at repairing. Split tasks to provide the best daycare possible.

Take care of their needs by cooking meals and keeping them clean.
Repair broken furniture during the game and clean dirt that our little heroes leave behind.
Remember to manage their energy level which is controlled my sleeping and eating. And have fun singing or dancing.

Not only the mood of children is important, but also the condition of the house, such as damage or dirt.
Plan ahead, keep track of all stats and remember that everything might happen during the last seconds.

Thanks for adding to wishlist! 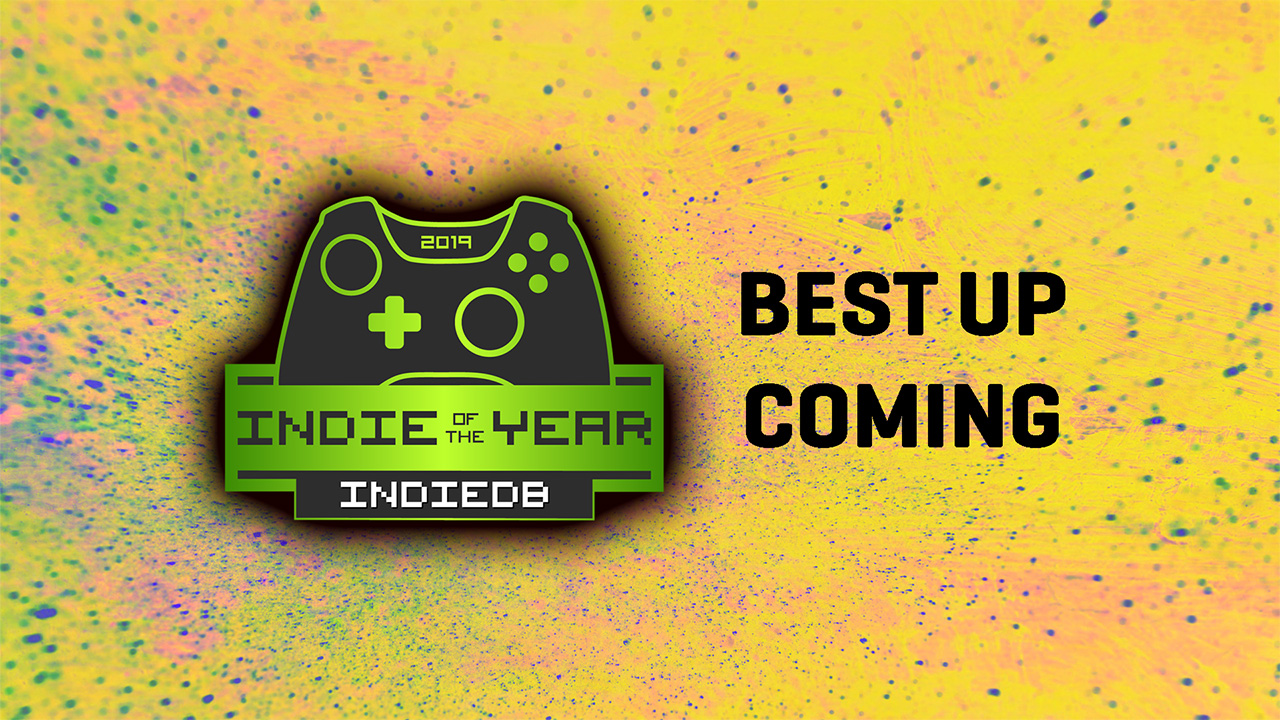 Welcome to the Players Choice: Best Upcoming Indies of 2019. The following games have been voted on my IndieDB's community from the Top 100 upcoming nominees, and represent the games those voters are most excited for in the next year and beyond.

Before we present the winners, the following games polled strongly and deserve our attention for either narrowly missing out, or they have previously placed highly in a best upcoming countdown and will next be eligible to win when they have released. We'd like to take a moment to give them an honorable mention as we look forward to their continuing development and full release.

Global Conflagration is a Real Time Strategy game set in a near future war-torn Europe. Defeat your opponent by taking control of the battlefield's key resource points and destroy your enemy units and bases.

Look after little superheroes. Don't fall for their tricks and stay focused while taking care of their needs and keeping them entertained. Each kid has a unique power that can disrupt sleep, destroy furniture or make your job a living hell.

You are hunted by a group of elite black ops soldiers. Use your superhuman abilities to survive. Become invisible and ambush your enemies. Activate slow motion to dodge bullets and perform impossibly badass combat maneuvers. Sneak in the shadows and unleash your deadly gun-fu skills on the bad guys who took everything from you.

The Riftbreaker is a base-building, survival game with Action-RPG elements. You are an elite scientist/commando inside an advanced Mecha-Suit capable of dimensional rift travel. Hack & slash countless enemies. Build up your base, collect samples and research new inventions to survive.

Car Chase simulator is an action driving game based from car chase scenes from old (and some new ones too) movies or shows for PC and Android. Featuring tactical puzzle style missions, a story mode and multiplayer (splits screen and online).

NEOTOKYO° Kshatriya is a single player standalone HL2 mod. It is a crossover between the Universes of Kshatriya and Neotokyo Source created with the blessing of original NT creator and studio radi-8 artist Leri "pushBAK" Greer

Alder’s Blood is a stealth, tactical turn-based game set in a grim world, where the nature stood against humanity and repelled the civilization. Use wide variety of weapons, stay in shadows and prepare deadly traps to survive in combat!

Raji: An Ancient Epic is a video game set in ancient India. Chaos unfolds as demons invade to conquer the human realm with ambitions to overthrow the mighty gods themselves. Amidst this chaos, a girl is chosen, her destiny to face the demon lord Mahabalasura and save her brother from him.

Obey protocol or go rogue as you take on the role of a powerful A.I. in Starmancer. Build bustling space ports, secret laboratories, and ethically ambiguous human farms. Defend against starvation, sabotage, and space cannibals. Don't worry, you can always grow more humans.

The Forgotten City is a mature narrative-driven game, and a re-imagining of the critically acclaimed mod that won a national Writers’ Guild award and racked up over 2.5 million downloads.

Trapped in a secret underground city during the Roman Empire, twenty-six lost souls cling to life. In this precarious utopia, if one person breaks the mysterious Golden Rule, everyone dies. As a time-traveller drawn two thousand years into the past, you’ll relive their final moments in an endless loop, exploring and interrogating, and changing the course of the day with each secret you uncover.