Physigons is a physics sandbox game. You are in a simple world in which you build whatever you like. Take simple primitives, such as boxes, spheres, and prisms, and assemble them into interesting structures. Then, put your creations to the test with the physics engine. Start physics, watch your building collapse, then reset it and keep building with no lost work. Create intricate machinery using joints, motors, and an electrical system. Test your invention in the physics engine. Accidentally crash the vehicle you made? No problem, just reset the world the world to the instant physics started and undo the damage. Cause massive-scale destruction with thousands of objects. Physigons uses Nvidia PhysX™ to provide an epic physics simulation.

I have created a FULLY DYNAMIC shadow system for the next Physigons. It uses a new technique I invented to simulate a "cloudy day" atmosphere. 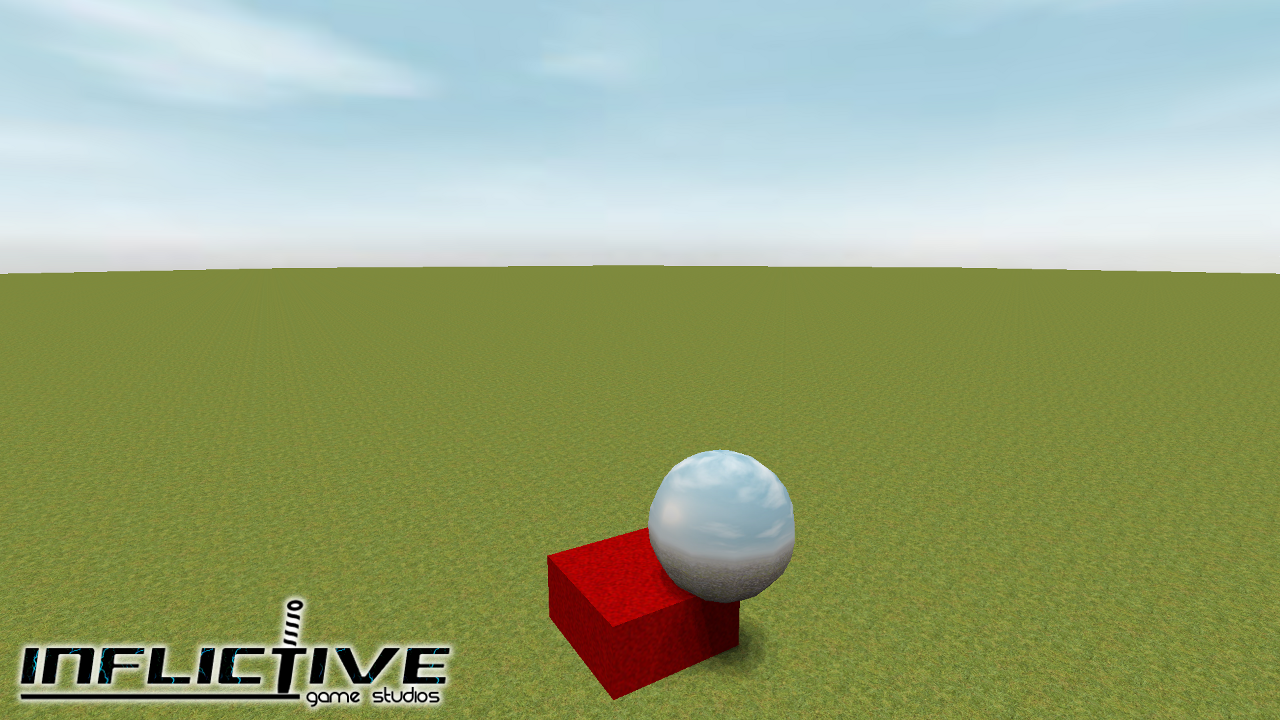 In the next screenshot you can see how the shadows fade away as they get farther from a surface! 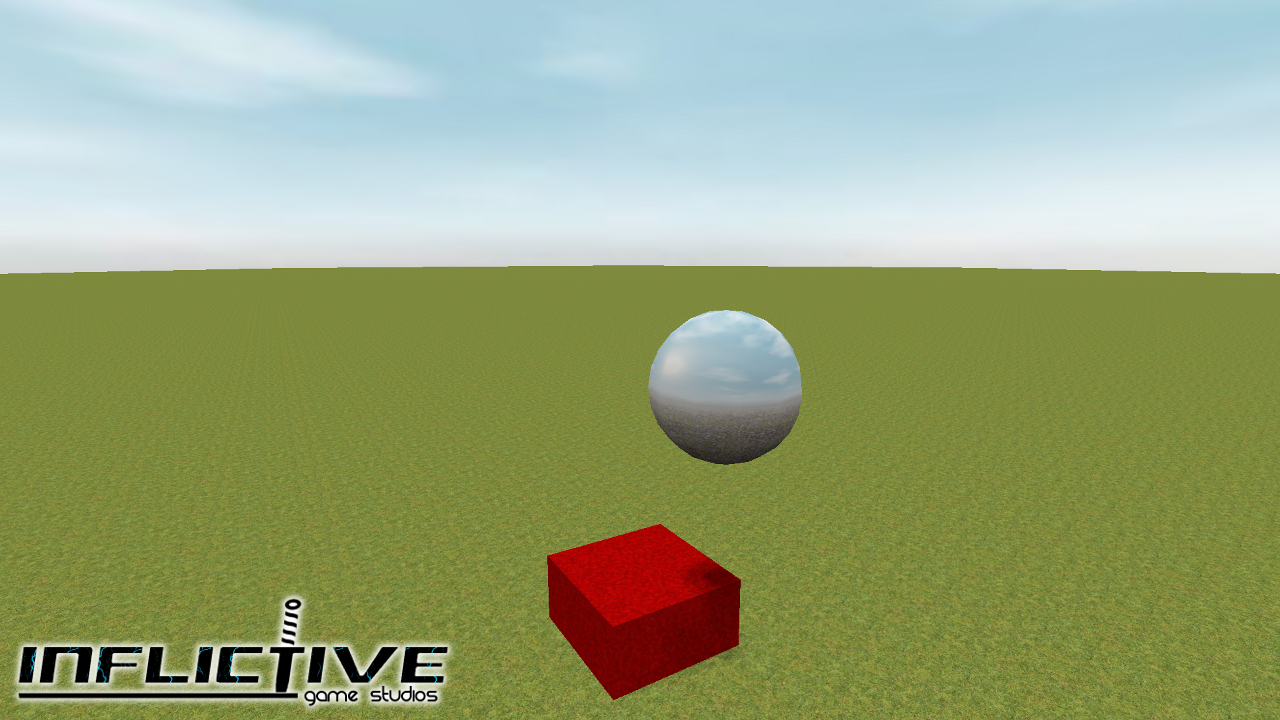 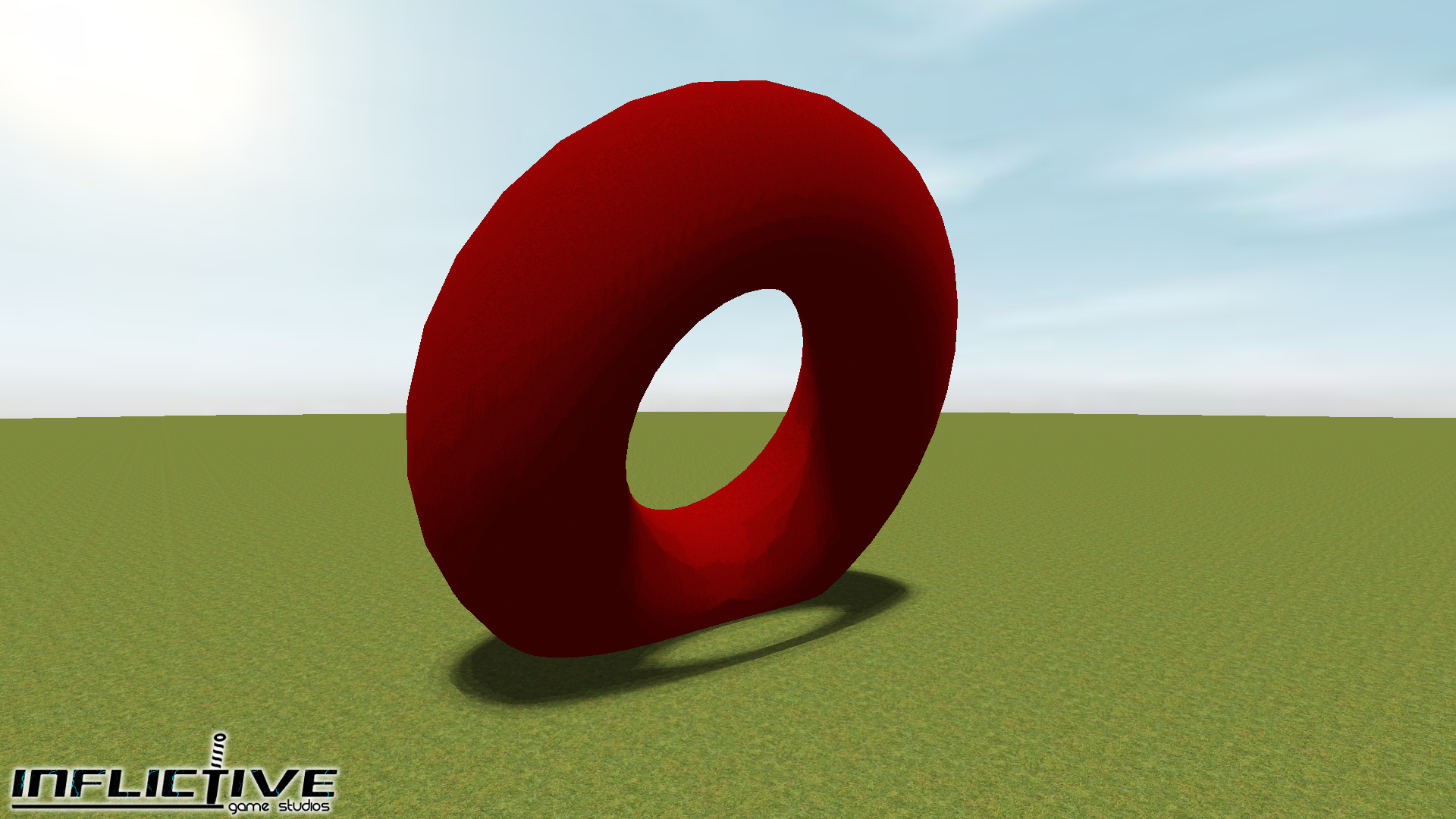 Much better then those horribly glitchy and unrealistically sharp stencil shadows.
This demo program runs at 800fps at 1080p on my GTX670 based pc, so hopefully it will run well in the final game. 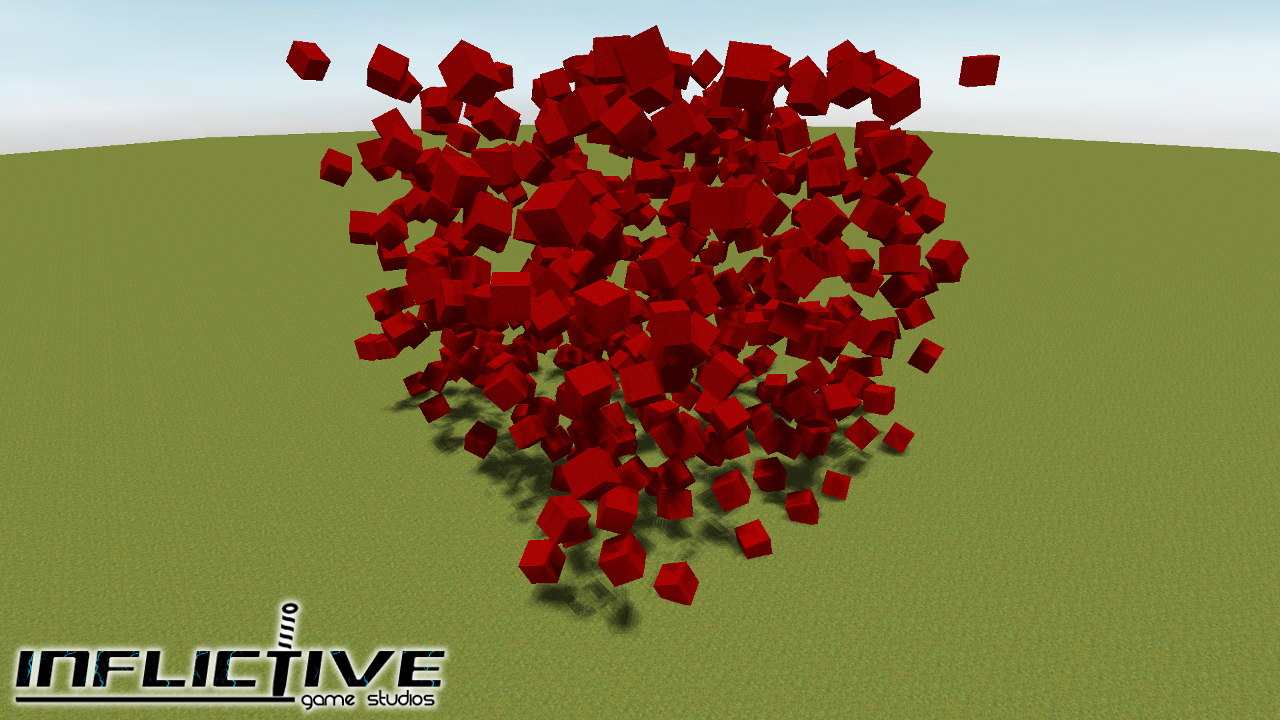 With 2000 cubes, fps is 20-25. In this shot you can see how well the dense objects block the ambient light: 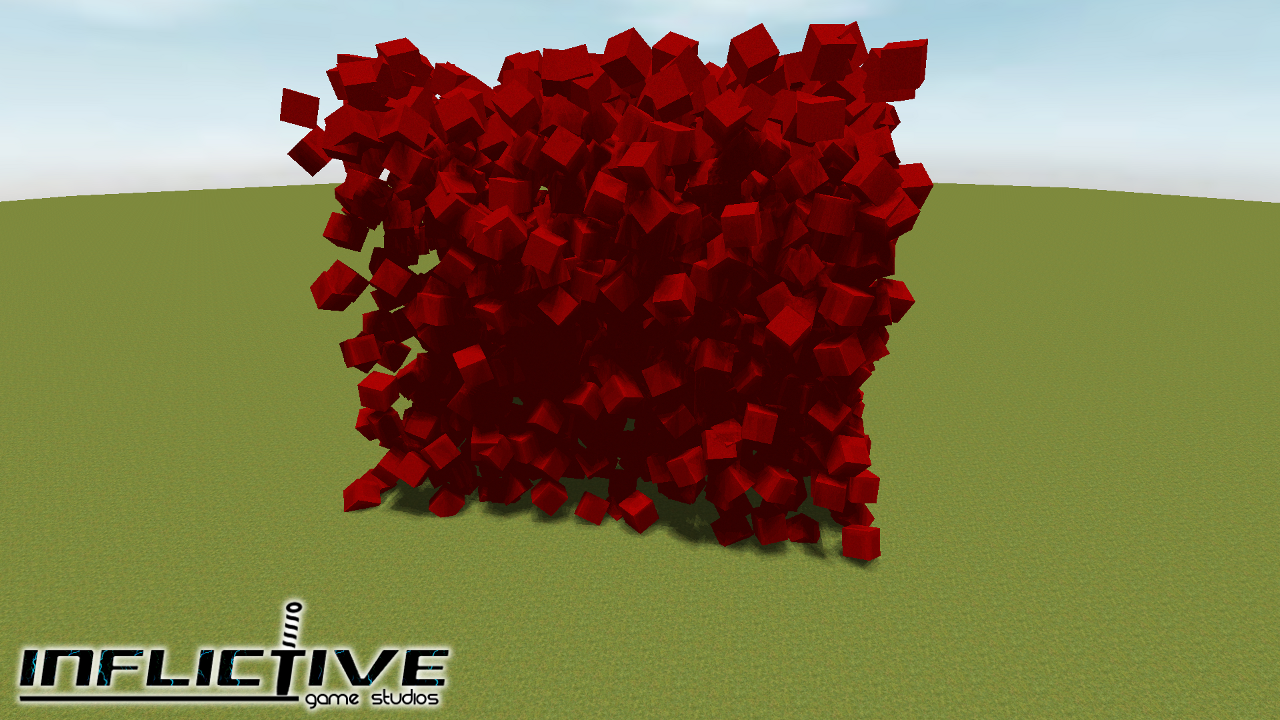 Resolution doesn't seem to affect the performance. At 1440p the fps was 22. At 640x400 the fps was... 23. I will of course include an option to disable the shadow system for large simulations/bad computers. With 2000 cubes using a simple hemispherical lighting effect (no shadows), fps was 100. Using hi-poly spheres in place of cubes, fps was almost the same. The problem is CPU overhead when rendering each object, a problem with Dark Basic pro (the engine I am using). Eventually I will try diving into the DB pro source code to fix this.

omg i LOVE this idea, like, make diffrent things, and test around with it! wow! gg man gg!

How do i make this game into small screen?

The old version doesen't have a windowed mode feature. If you just want to play it "small" you can lower your resolution in the graphics card control panel and disable scaling.

lol i thought this was a gmod addon...

Multiplayer physics servers would be cool.

I decided not to add multiplayer anytime in the near future because it's hard to program, and it's laggy. Physigons will be kind of like gmod, but singleplayer only, but with much greater control of the physics and emphasis on designing your own machines (whereas in gmod you just spawn a buggy and done). There will be, however, some sort of interface for uploading and downloading creations.

Are you still working on this?

Not much lately, although I have made some progress with improving the main menu, and added settings and a GUI. It's not very interesting so that's why there's no new screenshots or videos.

Tellus: Save the Earth Realistic Sim