For long has the humanity been constrained by limits of human body. Most have accepted the imperfection of flesh, but some sought for liberation. To pursue the dream of creating a post-human being – to achieve ideas of transhumanism – is the driving force behind H+ Corporation. Within its facilities technology and homo sapiens became one entity. An organism devoid of humanity’s biological weaknesses.

We board the spaceship Purity-02 – prime complex of H+ Corporation

The dream shatters to a nightmare when we realize what has Purity-02 become. Once a research vessel, it has turned into a deadly, deserted trap. To flee Purity-02 we have to investigate the mysteries of the ship. With every passing minute our chances of survival grow slim. Infected with a parasite, we struggle against havoc being wrought within our body. But there is yet a greater danger to evade.

A beast is roaming the ship. A creature known from long-forgotten fables and ancient myths. It could prowl around in any shadow and lurk behind any corner.

We must plan our every move. We must survive the infection. We must get off the ship.

We are happy to announce that the Phantaruk Launch Trailer is available on YouTube – you can watch it here.

See for yourself what lurks in the shadows of Purity-02 if you dare! The video is available on our YouTube channel and on our Facebook page. 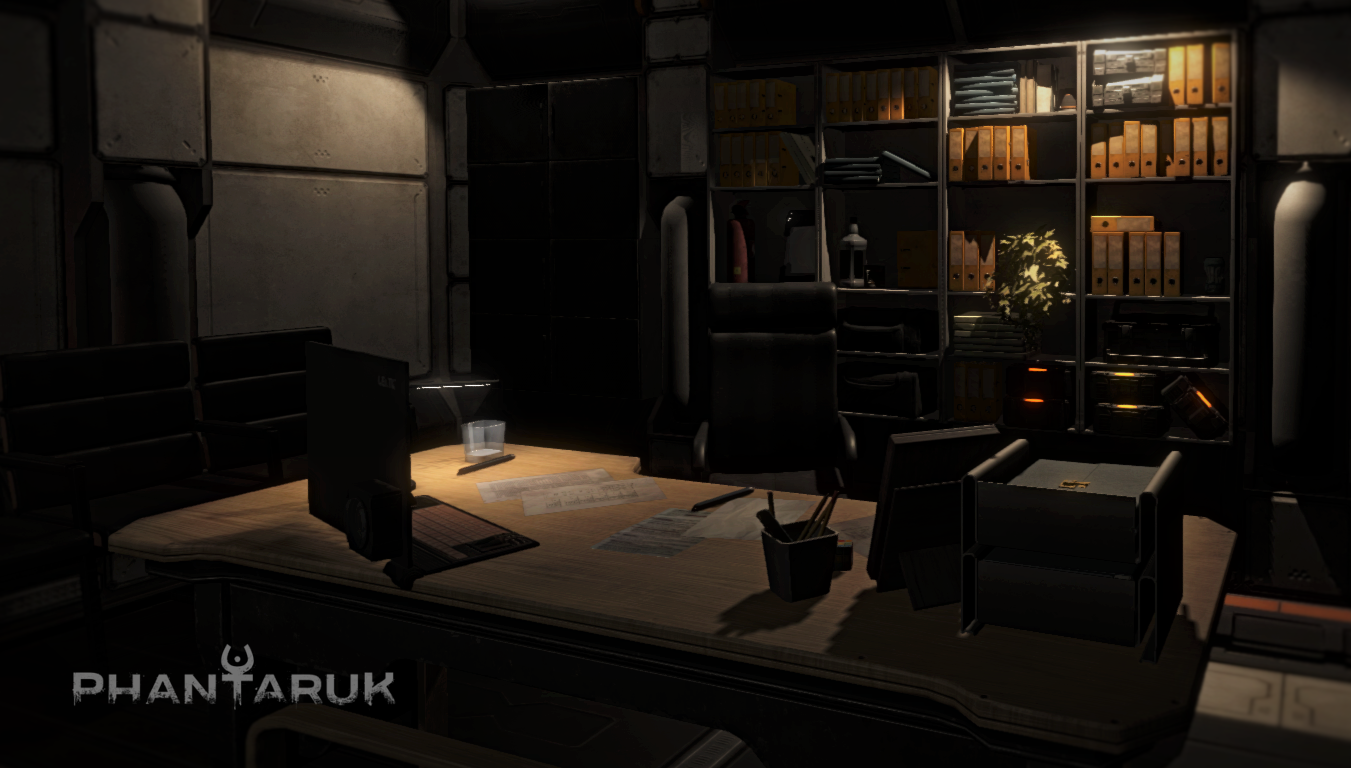 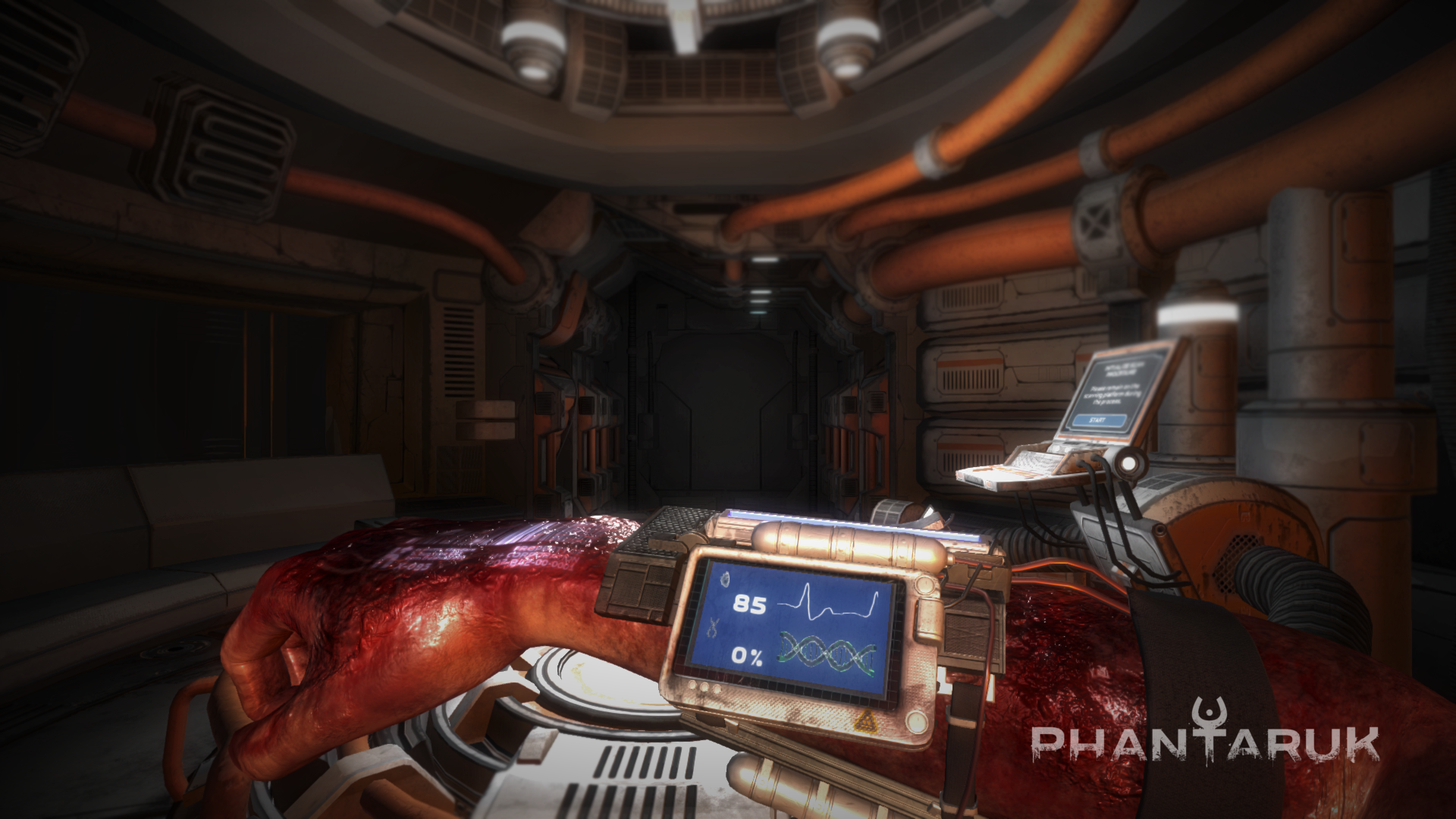 Phantaruk is an FPP survival horror that takes place on a derelict spaceship somewhere in the vast emptiness of space. The player - a victim of experiments – is infected with a parasite constantly attacking him from the inside with deadly toxins. The player must learn what happened on the ship and how to escape it but toxins are not his only problem. A mythical beast – Phantaruk – is constantly following him and posing the deadliest threat. 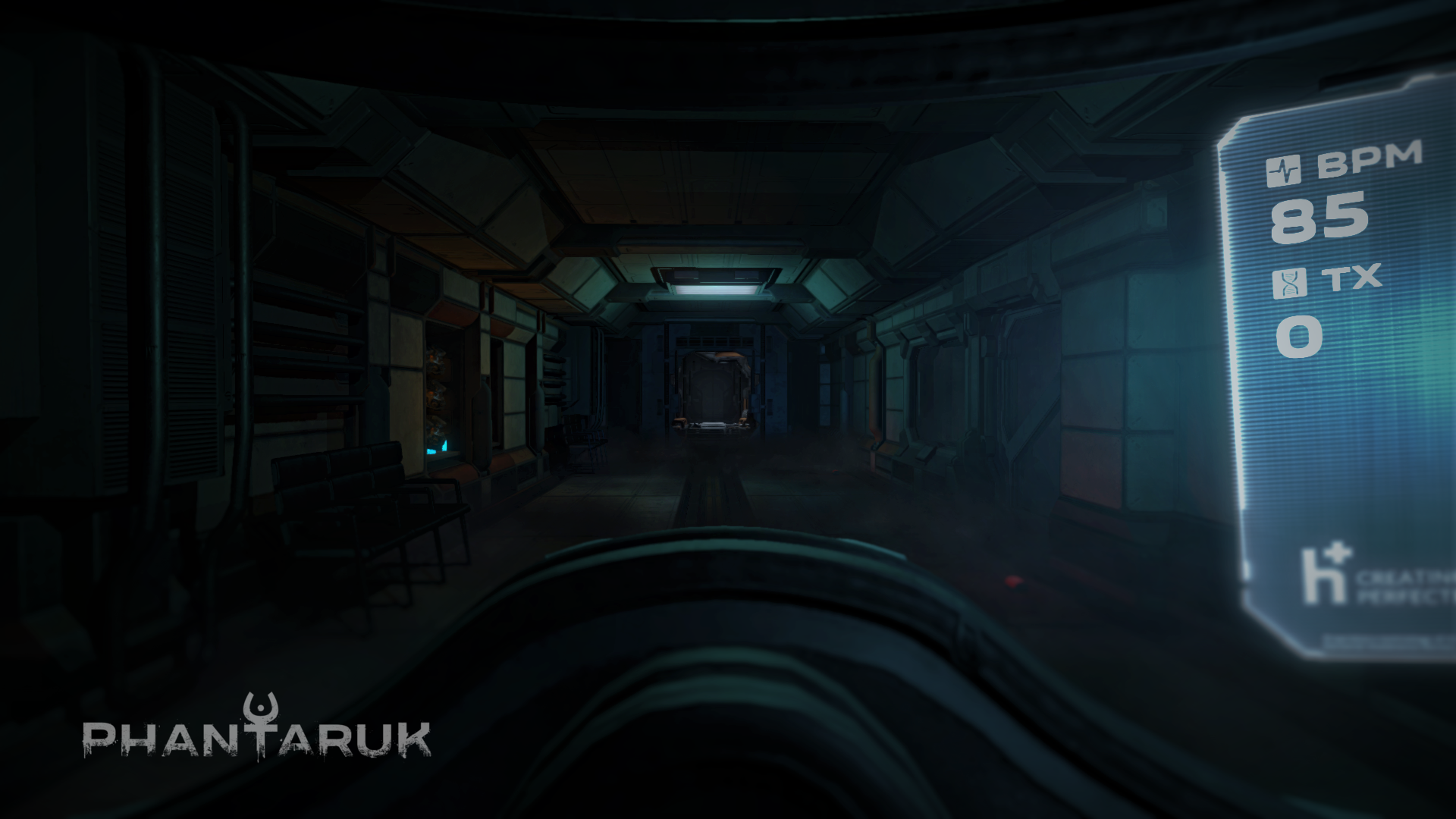 You can add Phantaruk on your STEAM wishlist here: Store.steampowered.com

Polyslash is a small studio located in Cracow, Poland. It is their first project together, but the crew has experience from previous projects they have worked on. They come from companies such as The Farm 51, Reality Pump, Tate Interactive or Bloober Team. Now they join their forces to create a horror game they have always wanted. Get ready for a thrill ride of this summer!

Phantaruk comes out from the shadows

It’s been quite a while since last information about the game Phantaruk which is right now being developed by Cracow Polyslash studio. Time to reveal...

After two months of development since last ‘Phantaruk’ demo release, we proudly present you a new version. Despite the game being still in an early...

We are happy to announce that ‘Phantaruk’ made it to Steam via Greenlight. In other words – we got Valve’s attention and Gabe’s employees opened...

Today I’d like to tell you something about designing GUI for ‘Phantaruk’. Creating a working, immersive system is not an easy task, that’s why...

This is really sweet, very polished

Amazing game with a incredible atmosphere. Finish it already!!! :D

I recently played the new demo and I have to say I can't wait for the full release. The graphics and design are quit good and the lighting effects work well with the environment. I also did a video on the new demo and look forward to doing a full play through of the game.

Hey dude. I played your game :D it was actually really hilarious. The Monsters are glitched. And they where running through the wall :D

Thanks for sharing! You were pretty scared ;)

I found this game really fun and creepy which means ill have another go at it when i get time. The monster was so awesome at the same time as scary especially when i walked right into it haha anyway the game looks awesome and has lots of potential good job.
Youtube.com

Thanks for review and awesome let's play! :) If you have any ideas about gameplay just give us a hint to consider.