In a backwater star system at the outskirts of populated space there's an ambitious pilot. With nothing more than a rinky-dink star ship and some spare change, take on the challenges of making a living in a cut-throat world. Earn your way to a better life by trading goods, fighting pirates, or exploring unknown worlds. Buy new space ships to customize as you see fit with with various weapons, shields, engines, equipment and software.

PewPew is an open world space shooter set in a massive procedurally generated galaxy. It's still early in development and new features are added with each build. Graphics are courtesy of Tyrian, AI War and FAR Colony.

What's new? Not a whole terribly lot. I've fixed some backend physics calculations that turned out to be incorrect, and in doing so, ended up having to rebalance every ship and a lot of the equipment modules. Most of the work since the last release has been spent doing this. As a result, ships may now behave slightly different than before. Balancing is an ongoing process though, so expect this to change in the future.

As for more noticable changes, the trade goods exchange now has fluctuating prices. Prices also vary based on the system imports and exports. This allows players to do actual trading of goods as a source of income now, which previously was not possible. To find good trade routes, use the star system information screen to view what exports a system has, and find another system with matching imports. On top of that the exchange now utilizes a slider for transferring goods, which makes it a lot easier to transfer large amounts of goods. The UI still requires a lot of work here, but the functionality is starting to come together.

Missile racks have also been separates out from normal weapons and now require their own slots to be installed on ships. This is an experiment I'm trying to be able to balance ships better. It was hard to define ships in classes with only weapon slots. Now ships can have a single weapon slot, but multiple missile slots, which results in a less powerful ship than if you had three weapon slots. But still advantageous over a ship with no missile slots. 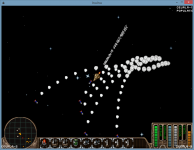 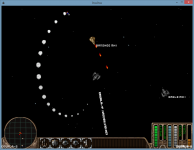 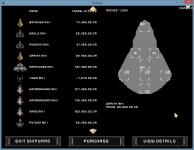 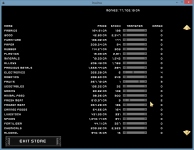 Almost exactly 6 months since the last update, Alpha 8 brings lots of new stuff most notably in the UI department.

Major update with a lot of new content. There is now a store where software can be purchased, a few new ships, new modules, new software, some improvement...

With a new year comes a new release. Lots of new stuff in this release, like the ability to purchase new ships, missiles, and bullets.

Alpha 5 features mostly important non-fun changes. A new installer should help streamline new releases and error logging should allow me to track down...

A fairly small release that introduces fluctuating trade goods prices as well as a bunch of backend changes.

Almost exactly 6 months since the last update, Alpha 8 brings lots of new stuff most notably in the UI department.

Big update with lots of new stuff. This release features the introduction of the Shipyard, Module store and Ammo Depot. There are a few new Modules that...

This is a relatively minor release from a gameplay perspective. The biggest change is that it comes with an entirely new installer. Please note that you...