Perturbia is the most terrifying game that you will never win. We are not kidding, its old school hard, you shouldn't try it.

The game sets itself apart from the modern survival horror games by offering a higher level of difficulty, reminding us of the old-school videogames in which moving to the next level wasn't easy, causing anxiety and stress. This type of 'oldie' experience is something that some of us really miss because old-school games were not only frustrating but rewarding.

When Josh entered that old building in the middle of nowhere, he simply couldn't imagine that he was stepping into the most unsettling experience of his whole life. When the doors closed after him, he felt as if he was walking a path straight to hell... That feeling, unfortunately, wasn't far from the truth...

The elevator, that was carrying him to the fourth floor, suddenly stopped at the moment the lights turned off —everything became disturbing in a blink of an eye.

What horrors could be awaiting him in there? Better not to know...

The ambiance decay and the minimalist but intuitive interface help to build a creepy atmosphere, which is both immersive and sinister.

Playing as Josh, you'll uncover the most dark secrets of his mind, which will blend into a terrifying and unique story.

The puzzles are designed to suit equally well to hardcore and casual gamers —the puzzles are hard and demanding, but a hint system is available for the less patient.

Are you prepared to face Josh's darkest secrets? What could be hidden in the memory of a place?

It’s been a long time… but we’re alive and working hard! Someone may wonder,” why so long?” Well, we’re human beings! This implies facing situations, responsibilities, changes, happiness and sorrows… every possible thing a person may go through, even to an indie team. However, our aim is clear and we go towards it.

What changes arose last year? Well, many. As we don’t want you to get bored with what happened during that time, we’re just going to share the most interesting part of it.

Firstly, we want to show you some of the new features of the game which we’ve working on. However, we don’t want to over spoil it, so we’ll leave a little sneak & peak for you to enjoy.

Last but not least, we want to tell you that during this time in which we found ourselves a little overwhelmed, we decided to take a little break. However, our concept of a break may not be the same as anybody else’s: we decided to run some concept tests over an idea we’ve already considered before Pertubia was born, and which focuses on something not only simple but entertaining: a fast, violent and old-school FPS.

But, if we had time for this why wouldn’t we devote it to Pertubia? For a simple reason: Pertubia is a highly complex game in terms of design and development, whose puzzles are not only thought, designed and discussed to excess but they also must be descriptive enough to tell the story. It’s a type of game that takes a long time of pencil and paper, effort and hours of brainstorming and even more time of testing. So we decided to do a brain reset for some time so Restore: Theuntoldstory of Gabriel Priest was born. You can check it out here: Indiedb.com 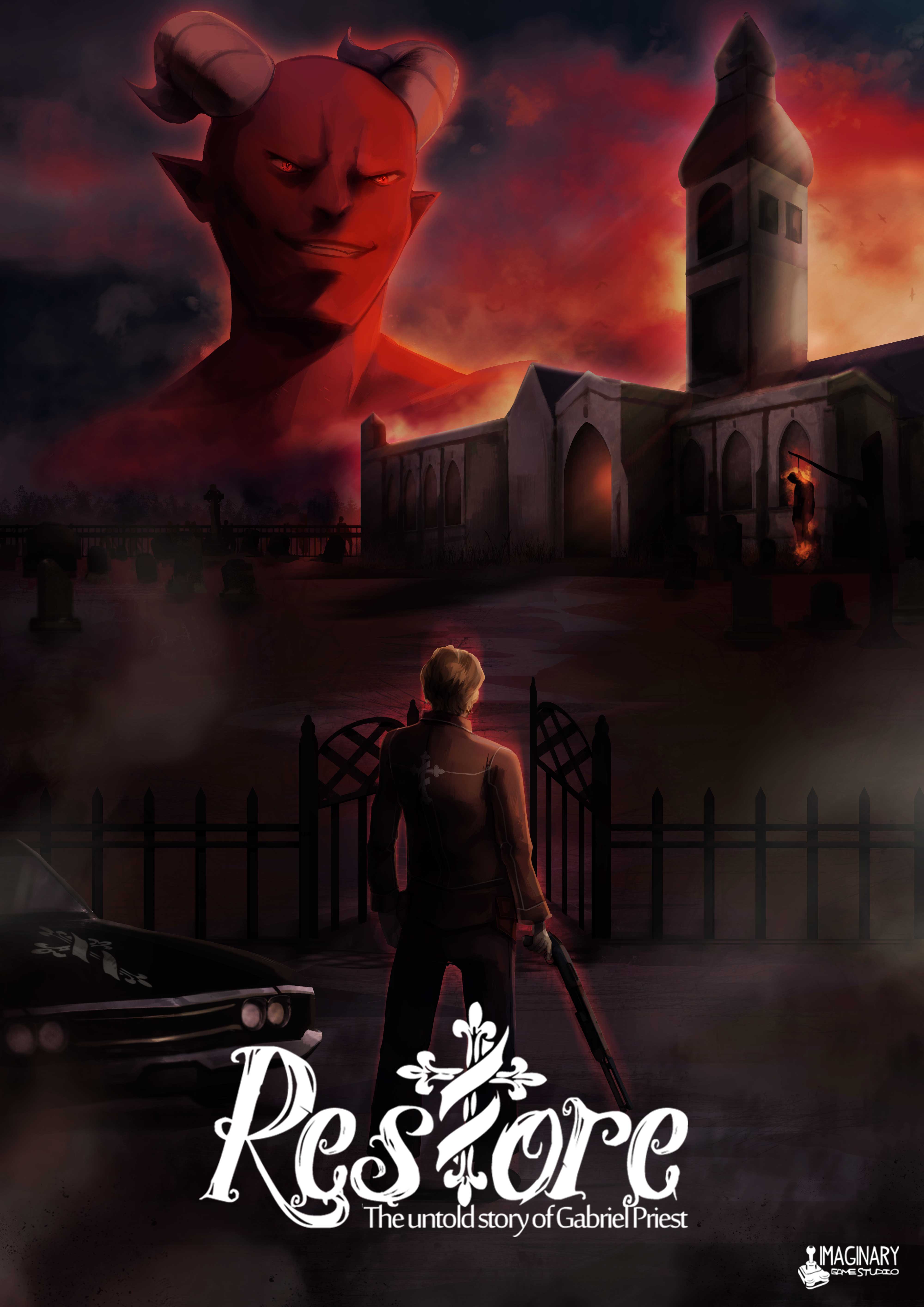 The most terrifying game that you will never win is raising funds on Kickstarter. It's your opportunity to get the game for a discount price as well as...

Two weeks have passed since our last major update. What has happened since then? To make a long story short, Perturbia’s demo was played by hundreds...

In this second part of our 'Big 2014 Update' we focus on the advantages of Oculus Rift. We also take a peek into the modeling process and we discuss Perturbia's...

First of all, we'd like to thank you all for your support and patience. Sharing this demo is our way to show you our infinite gratitude. Please take into...

OsiriSis... We are working on the demo, not yet, but as soon as ready, we upload! Thanks and keep track on us for further news!

Thanks, we are working very hard to create an awesome game for you to enjoy!

Excellent! Thanks for share!, don't forget visit ours on: Youtube.com

you shall provide a link to your yt channel for us!