Orbiz is a rogue-like local co-operative multi player game about 4 teenagers who lost in spherical worlds. The objective of this game is to finish every three levels on the one world against the variatif zombies then find the portal to go to the next level. The story started when Leo (one of 4 members of this group) bring his new book titled Orbiz when his other three friend gathered in cafetaria. Suddenly he open the book and something unusual happen. They throwed into a strange small planet world and zombies come out. Can they go back to their home after thrown into a dimension inhibited by zombies ?

Hi there ! It's been a while now. So our development process is basically running slow from the last February, the month when we released Orbiz (hey ! I think I like the new mention feature !) as Early Access on Steam. It's because we need to find away how to make this game better and get more attentions. And here is the list for the new updates :

We did some reworks for the bullet effect and the above is when you use Electric Gun. We also did the explosion and other bullet or enemy effects.

We have been improving the zombie AI so that they can get stuck by any obstacles anymore. It means that if they're facing an obstacle, they will attack it until the obstacle is destroyed.

This is our first experiment on Steam to reach the bigger market. There are three languages available including english, russian and both traditional and simplified chinese, we will add more language soon such as germany, portuguese, spanish, france, or etc. That's still only for the user interface and words in-game, we're also considering to add a voice over. Since we're a native Indonesian and only know Indonesian and English, we need you guys to check those spell and grammar.

We noticed that local coop or a game that can be played together more than one person in a couch is fun for a family or a young fellas. So we tried to add an option that can make the gore, or bloody content filtered. We changed the blood color into green and hide some monster that has bloody stuff.

As an Early Access game, we would like to being transparent about our future development of Orbiz. You can check our Early Access Roadmap on our trello page. It's still not so many plan there but we will add more plan soon. We were thinking about making Orbiz as a party game now, so thre will be a lot of game modes and mini game, just make it worth it to buy. Oh and here is the link to access it
>> trello.com/b/rJlmQ9Ab/orbiz-early-access-roadmap <<
You can also join to our subreddit on reddit.com/r/orbiz 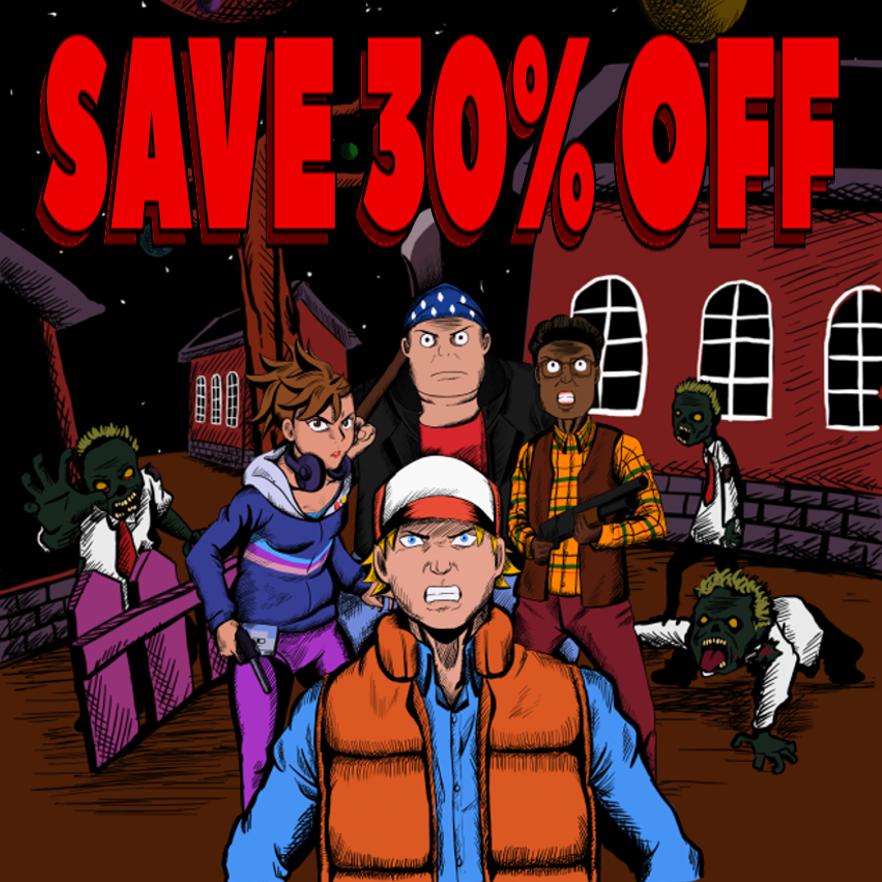 So because it's our first summer sale on Steam, we're giving 30% off for those of you who want to buy it on Steam. But we're actually giving 50% off on Humble Gamejolt and Itch.io. And yes, I think this is the end of the line, but we will keep updating our game progress here.

It’s been more than one month we’re on Steam Early Access and as our celebration, we set 30% discount off if you are buying our game on Steam. And...

This is our first update, we have a kind of spitter zombie too here like Left 4 Dead and we just added a vomit screen like the spitter from Left 4 Dead...

It’s been more than 2 years since around November 2014, we’re working for this game. And finally today, we released it.

We tried to implement Steam Controller to Orbiz and it doesn't need a big effort to did that, but it's still need a few tweek for the menu navigation.

So sorry for the late check, but thank you :D

ok, so ive tested it, it has good fps etc, but you cant rotate the view... when using mouse and keyboard... you might wanna change that...

Thanks for playing, we'll change the camera view on the next update. Maybe it will be 3/4 view when you play as single player :D

i noticed that when i try to select my caracter, nothing happens, music keeps playing and all but i cant select a caracter, im using a keyboard and mouse btw...

ok, got it figured out

NICE! looks original and fun. Good luck with the publishing