Have you ever worked at an office? Alone? Late at night?

You are a white-collar office worker, staying alone into the late hours of the night to meet a deadline.
As you go about your routines, strange things will start to happen and you will realize you are not as alone as you think.

Find and discover clues around the office that will unravel the mystery, or unravel your mind.
Sound, monologues and visual indicators will guide you so be watchful.

One Late Night is a short horror experience that I developed for fun during my spare time in late 2012 and was released in January 2013.

The idea behind One Late Night comes from a conversation between me and a friend where we discussed the nature of working alone at an office late at night, which we were both familiar with. This discussion eventually turned into sort of a office simulator and finally ended up as a story driven game with horror elements added to it.

Over the years a mobile version has been highly requested and so I finally decided to take the time to make a mobile conversion. As One Late Night has a high fan base, I have tried to keep everything true to the original PC game.

The major change you will notice immediately are the new touch based controls that is a necessity to be able to control the game on a mobile device. Other big changes, which are less noticeable visually, are optimization based and includes optimized models, textures and new occlusion culling. This work was also critical for a mobile conversion in order to make the game run as smoothly as possible.

One Late Night: Mobile was released March 31st on Google Play and is now also finally live and ready on the AppStore for iPhone and iPad.

Here's a screenshot from the iPad Air 2 in all its high-def glory. 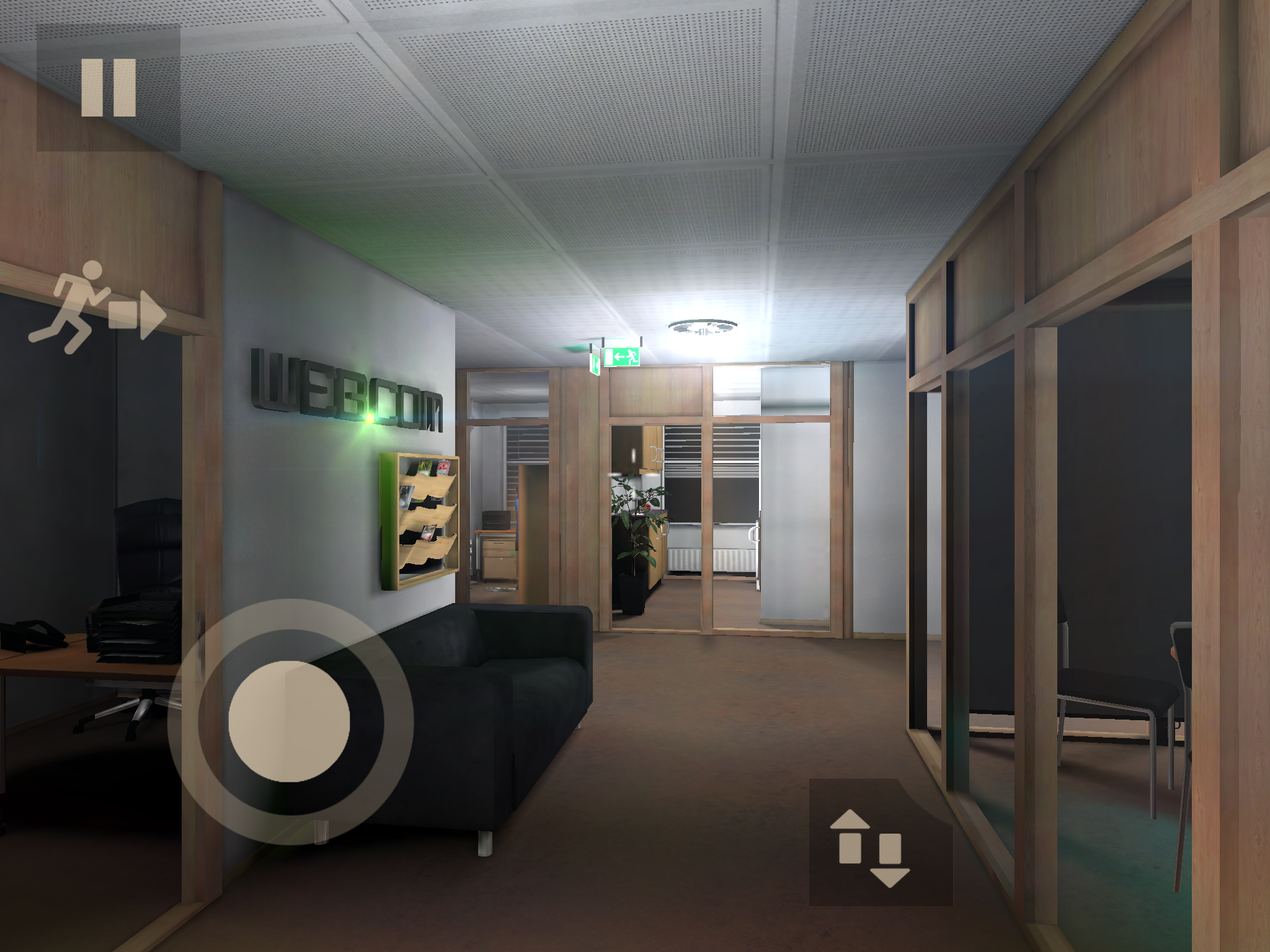 The game is now available on Google Play with free demo and is awaiting review on the Appstore.