(Preview video above is outdated, a new one will follow up soon)

Nibû is a real-time strategy game set in the ancient near east.

Choose between 3 different allied factions, build your base and defeat the hordes of enemies. Be challenged by 3 different scenarios.

War has brought ruin upon the world of the Ashur Union. The allied "Horde" has destroyed a large part of their standing army and is winning decisively.

The few battles that decide their fate are in your hands!

Thanks for voting and helping Nibû on it's quest to become the 2021 Indie of the Year. You are now in with a chance to score some free games. Help this game secure more votes by embedding the widget (or link) we have included below on your favorite sites.

Nibû has is officially out for almost 2 months.

My Name is Enki, and I'm the developer of Nibû.

I've decided to create a page on indie.db to showcase the game, keep track of updates and find people who might join our small community on steam.

If you are unaware, Nibû is an RTS set in ancient Mesopotamia. You take control of one of the three factions (The Medes, The Babylonians, and the Assyrians) in order to build a civilization and stop your opponents.

You are challenged by 5 different enemy factions with unique units, tactics, and playstyles (especially in Skirmishes)

You'll start with a few villagers near your town center and have to expand your base to reach more resources. You'll have numerous amounts of military, civic and production facilities to construct.

Each civilization has a unique set of buildings, abilities, and bonuses. 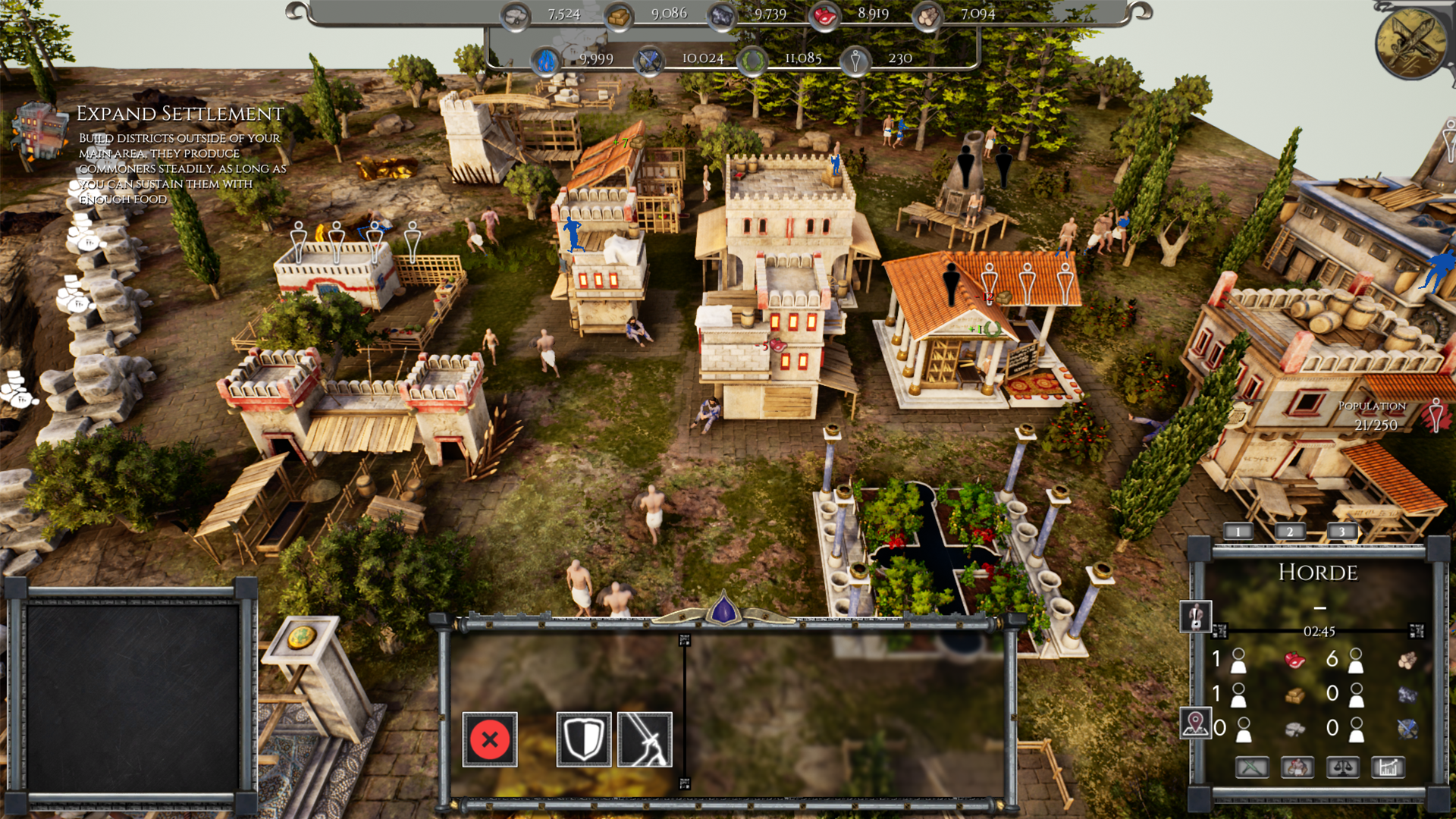 The different buildings that you can see on the image above have their specific uses in the economy and culture system. For instance: You'll need to manage your districts in order to keep population growth and food cost in check. Palazzas generate culture from nearby villagers and citizens. 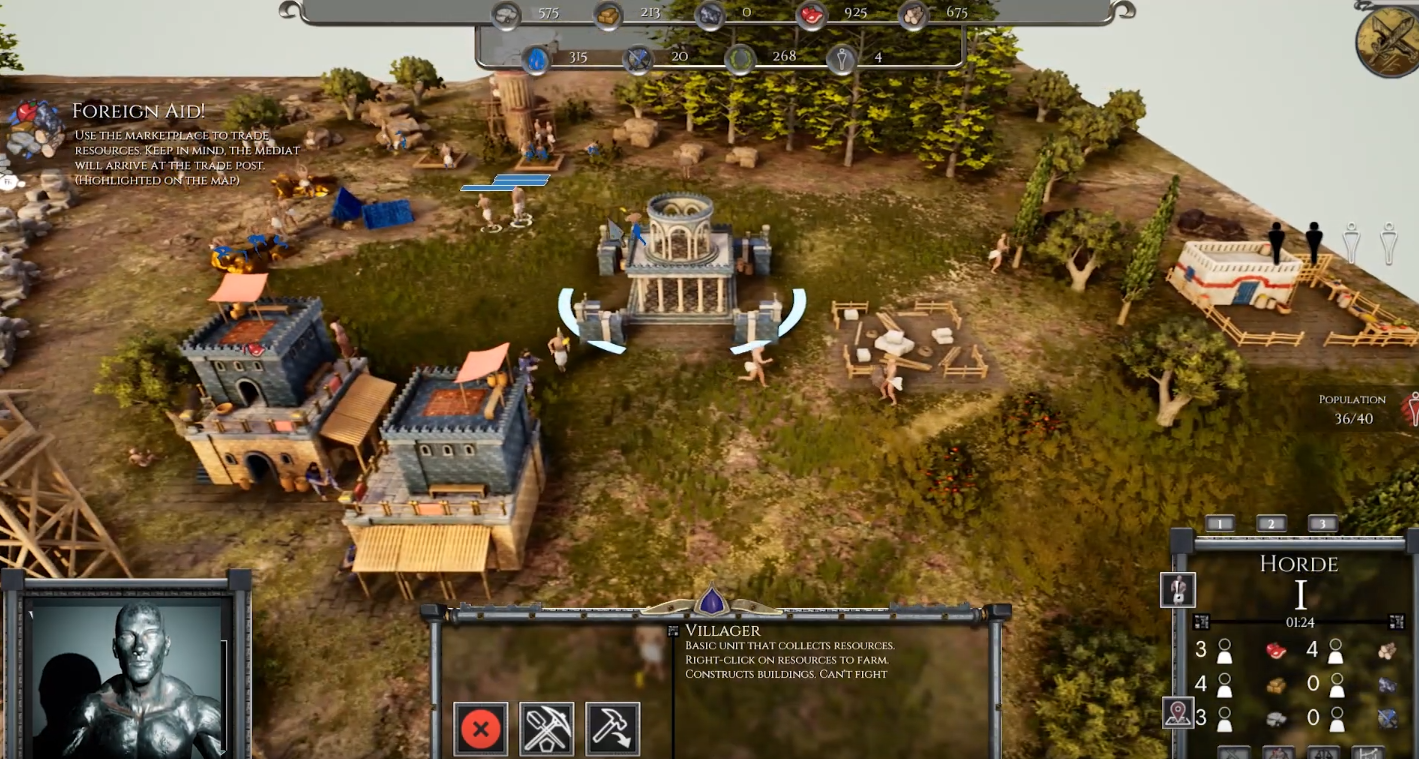 Nibû offers many systems similar to the aforementioned ones, which allow for many different playstyles. I personally like to focus on the temple units and build my economy around generating as much favor as possible.

Each opponent faction has a unique style of buildings, units, and personalities. The Maggot is a psychotic madman, the Pharao is a narcissist, the Talestaller is a pathological liar, the Crow is a delusional, from multiple personality disorder suffering crazy scientist and the Tyrant is just a radical.

I would definitely describe some of the game's elements as satirical, especially during the loading screens.

There are many different aspects of the game that I will not cover in this introduction. The skirmish mode is one of them. The image below shows the capital of the maggot.

And here are some shots from the in-game menus. 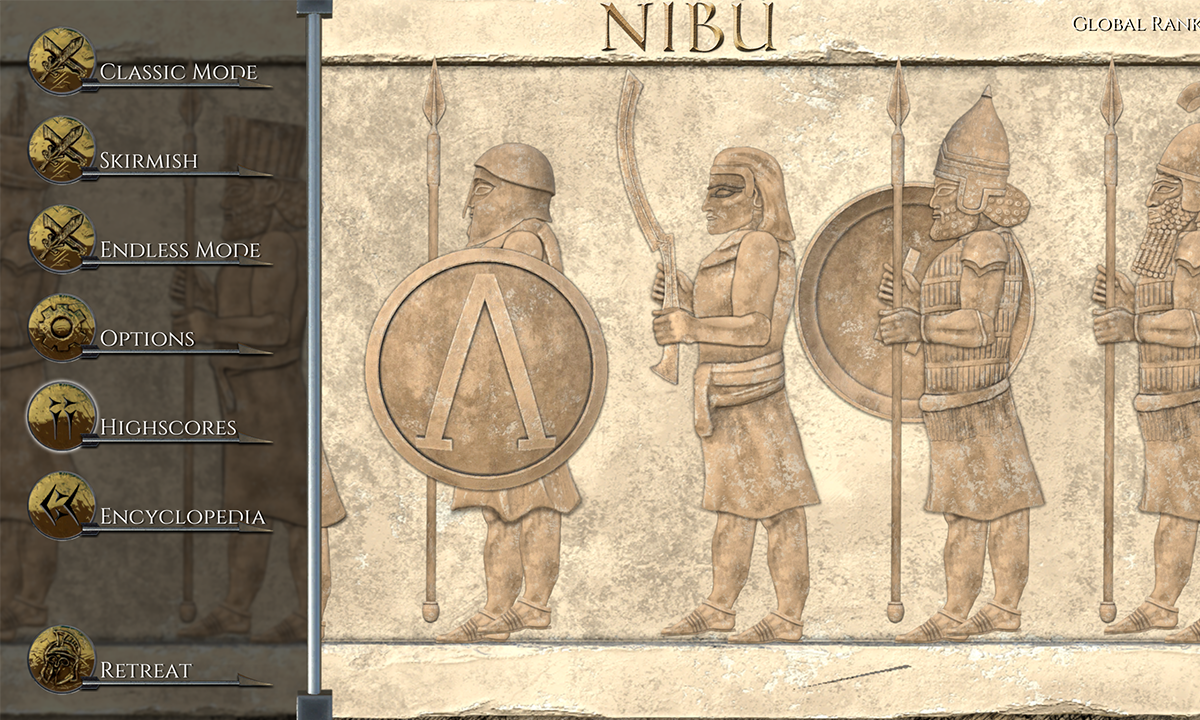 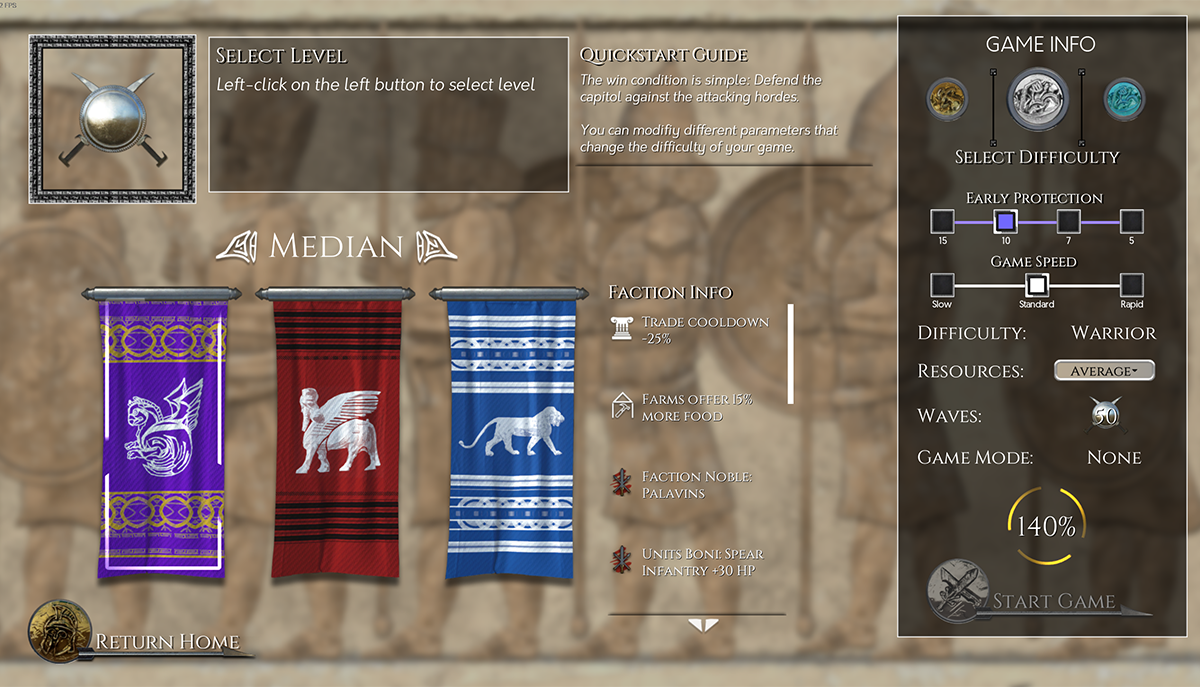 If you are interested, check it out on steam:

I hope you enjoyed this introduction, stay tuned for more content!

hey enki, i realy like the graphics and setting of game! which nations is in the game? love from norway

Thanks, I'm glad you like it :) If you mean the factions, there are 3 friendly factions and 5 enemy factions.

Amongst them are the Babylonians, Spartans, Assyrians, Athenians, Egyptians, Medes and so on.

Yes, the enemy leaders will send you video messages.
The image that you are referring to, however, is just myself playing the game with a face cam :D
The messages appear on the bottom right corner :)

Looks amazing man! I just got it and gonna try it out when it has finished downloading.. keep it up