Although Dwarf Fortress is still in a work in progress, many features have already been implemented.

Bay12 Games has released their latest bugfix for the most recent edition of Dwarf Fortress: '0.47.04'. This will most likely be their final update to this version of the game for a while as they switch development over to the Steam version, which will have built-in graphics & music support. 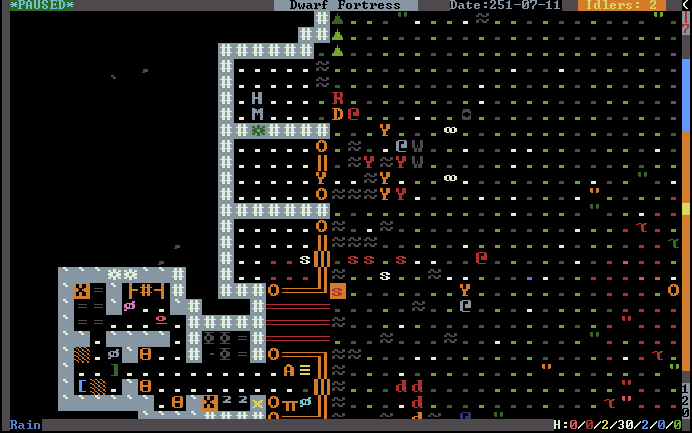 While retaining a unique ASCII graphics style, this 'Classic' version of the game has continued to see a new update every year or two, adding new features & mechanics. First released on January 29th, 2020, major additions to version 0.47 included guildhalls, temples, & artifact-stealing villains to Fortress Mode, while ridable mounts for you & your party were added in Adventure Mode, along with deeper conversation options with NPCs.

One of the key features of the game is this ability to procedurally generate a whole world with it's own distinct geography & history, then either colonize it with a fellowship of 7 dwarves in Fortress Mode, or customize your own character & head out to explore the world yourself in Adventure Mode. As the years & updates have gone by, these two modes of play have become increasingly connected, allowing you to create a self-sufficient dwarven outpost from scratch in Fortress Mode, then return there with your adventurer to join its ranks or plunder its treasures. 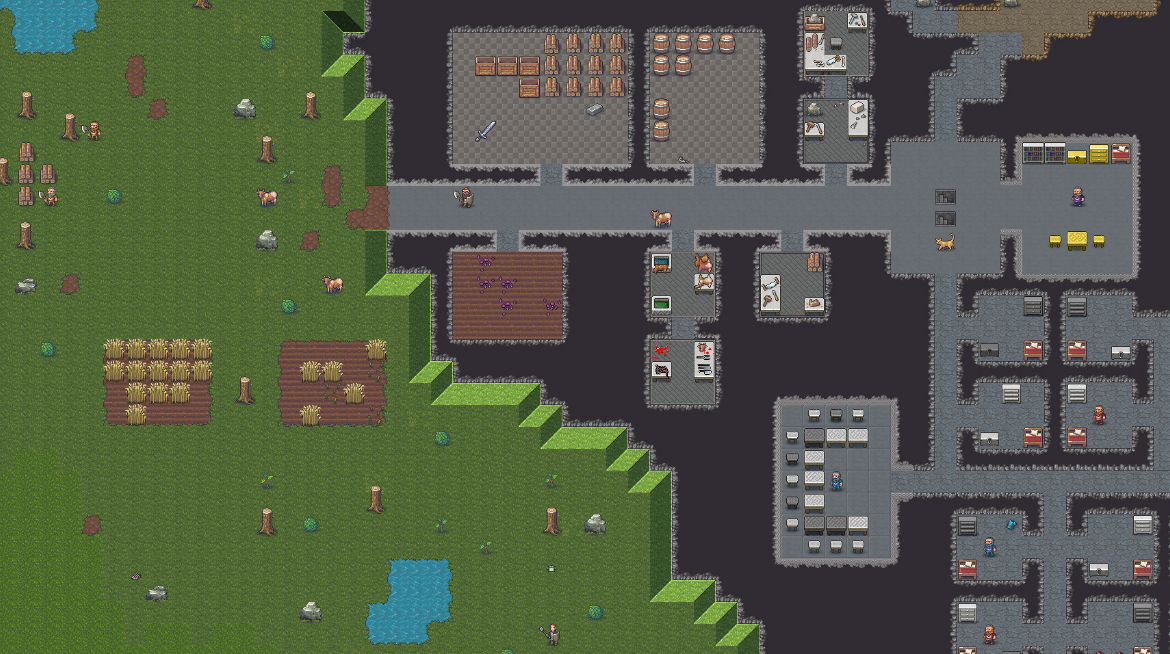 The vast amount of freedom Dwarf Fortress gives players with its deep game mechanics & multiple playstyles ensures they keep coming back to experience new stories emerging from their worlds as the game evolves. Developed since 2003, thus far Bay12 has given this game out for free, even supporting a dedicated modding community that has created their own graphics for the game. The next chapter for the long developed Dwarf Fortress will be to polish itself off & grace the Steam store, where dozens of games it has directly inspired have already earned a spot.

New players & those wishing to play the game with graphics rather than the ASCII symbols are recommended to start by downloading the 'Newb Pack'. 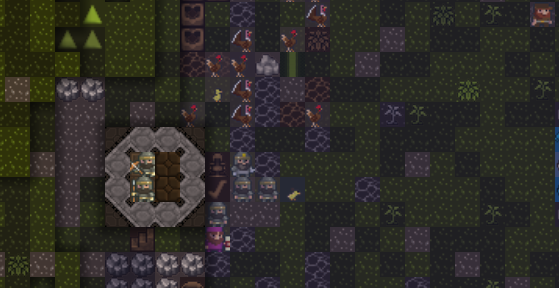 A list of features added to version 0.47.01 can be found below, while all changes & bugfixes can be found at Bay12Games.com

This article covers the list of tweaks and bug fixes in the newest Dwarf Fortress 0.34.11 release.

This article covers the list of tweaks and bug fixes, as well as a link for downloading the newest versions of Dwarf Fortress [0.34.08/.09]. The newest...

This article covers the list of tweaks and bug fixes, as well as a link for downloading the newest version of Dwarf Fortress (0.34.07)!

O'Reilly Publishing--yes, the publisher of all of the C++ and Linux and everything-else-books--is publishing the first ever Dwarf Fortress tutorial!

This package is for Newbs and those too Lazy to put everything together every new version. It includes the latest version of Dwarf Fortress, Graphics...

I know of a mod called Masterwork Dwarf Fortress on the bay12 forum. It has every thing the LNP has and more. you can get it here Bay12forums.com

Thanks for posting this, I've checked MDF out and it was totally worth it!

I don't know if i can post links like this, just let me know and i'll take it down

I don't know which one i'm supposed to download :S
SDL or Legacy, what do these meannnn :S

They still talk about development on their site which is a small blessing I suppose, but updates that we can use are still nonexistent...

I would love to see Dwarf Fortress win... however considering that there has been no major updates in some time, I doubt they will win this year.

There is now an updated version of the Lazy Newb Pack available here:

I'm new to Desura, so I'm not sure if this is the right place to post this, but it would be probably a good idea to update the LNP here to this updated version.
Though the menu is .jar file instead of an .exe. Don't know if that might be a problem.

This game is awesome. I laugh out loud each time I play.

The Newb pack isn't working for me, and now when I go to install the other pack it encounters a "Fatal Error"
:(

This game is a dream. A beautiful dream about opportunities and possibilities. But its beauty isn't defined by fancy visual effect nor endless spectrums of colors. Loving Dwarf Fortress reminds of ones purest love towards a human, aimed at whats inside rather than the outter visage. DF is saddly a love it or hate it kind of game. Its complicated and tricky, many times confronting the player with situations that require sacrifices, easilly slipping out of control into the famous "tantrum spirrals…

Age of Mythology: Tale of the Dragon Real Time Strategy