NEO Impossible Bosses is a RTS-MOBA RaidBoss rush in which players have to utilize a number of heroes to defeat the IMPOSSIBLE BOSSES! Inspired by the Warcraft 3 mod "Impossible Bosses" by Psyris, each boss is a unique challenge and has their own signature abilities.

Now for some informative screenshots with captions! 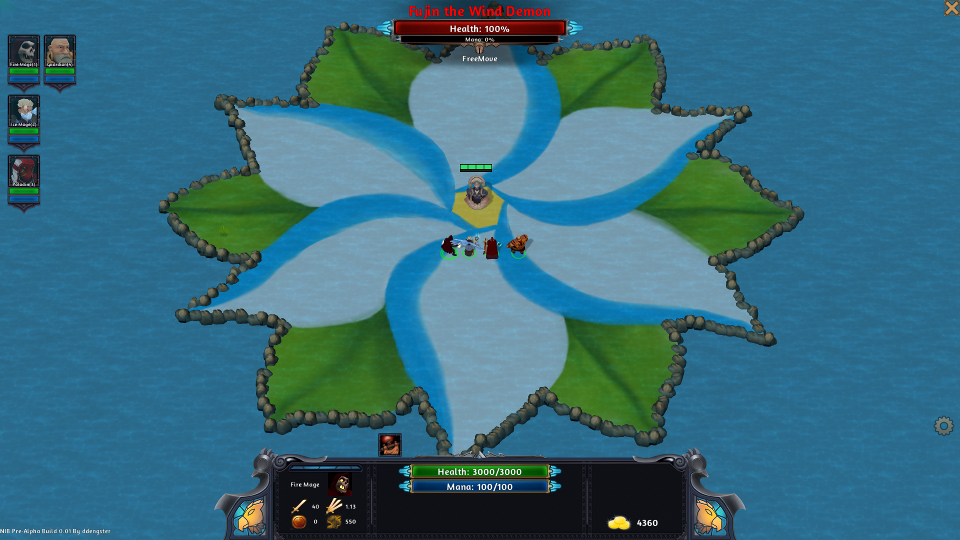 X heroes versus 1 boss on his home turf 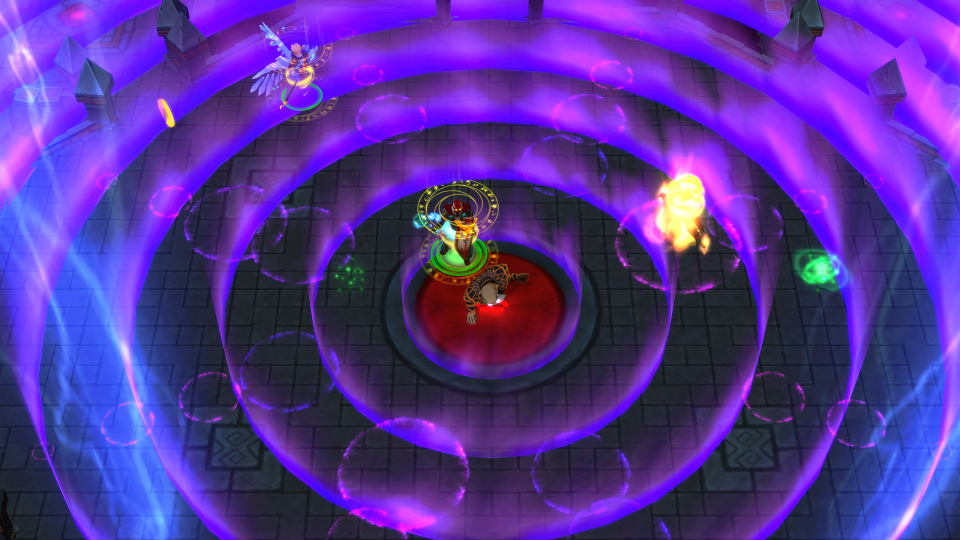 Count Winkus unleashes his ultimate, Lightning destruction! Our heroes have to activate their shields to not take damage. 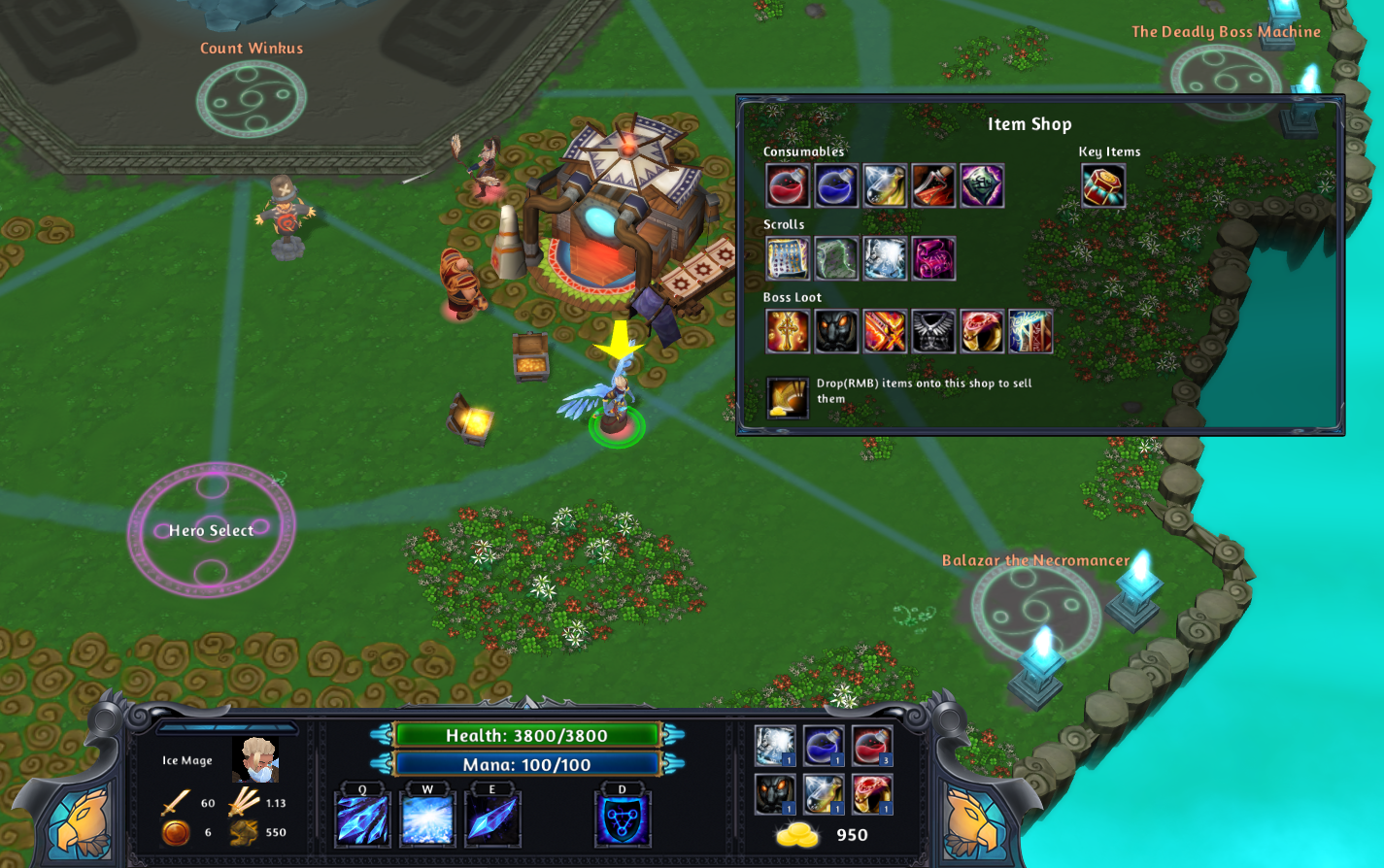 Part of the hub area, where you buy items and do other stuff.. 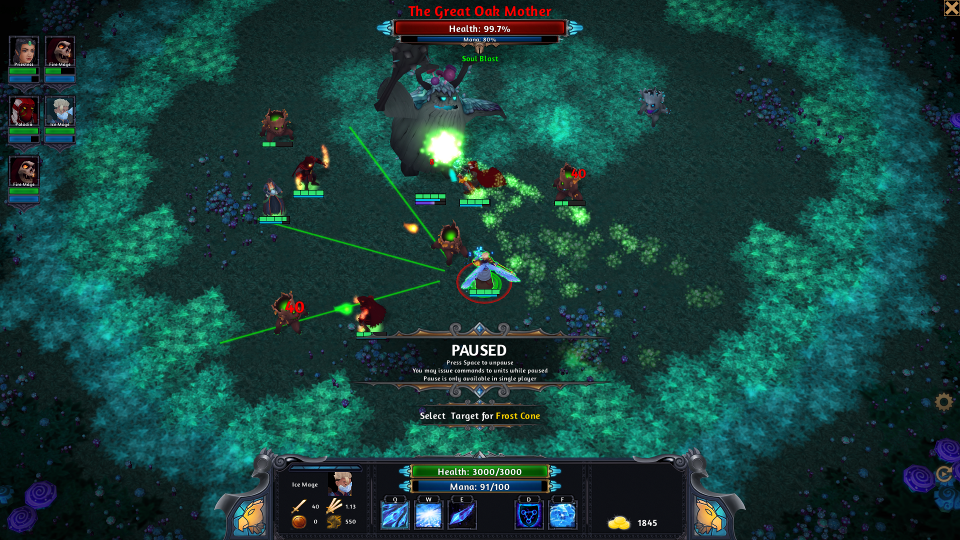 Too many heroes to control? Pause and issue new orders when things get tough, or share the burden of controlling multiple heroes by playing with others online.

Note from the developer

Hi! I've always been a little sad that the original custom map 'Impossible Bosses' in Warcraft3 was limited to a multiplayer-only experience, hence why I started working on this game. I'm at about 60% done with the game now, and should be able to have a beta in the near future. If you've always wanted to figure out MMO-styled bosses but feared the leveling grind found in most MMO games, do vote 'YES' for NEO Impossible Bosses to be on steam!

Thanks for voting and helping NEO Impossible Bosses on it's quest to become the 2022 Indie of the Year. You are now in with a chance to score some free games. Help this game secure more votes by embedding the widget (or link) we have included below on your favorite sites.

NEO Impossible Bosses is RELEASED! And here's the Launch Trailer!

NEO Impossible Bosses Update #17&18;: Hard mode and banks are up! Also, some gifs and a small explanation on the changes.

My thoughts behind the changes on changelogs 0.04-0.06, comments on balancing boss damage, hitpoints, and mana. Also a video featuring clan IBCE vs the...

How do you do boss hitpoint balancing in a game where you have a high number of gameplay variables?