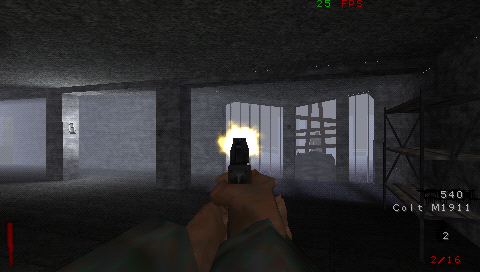 Awesome! This makes the wait for the release all the more pleasant ^_^

LOOK AT THE AMMO COUNTER!!!!

do you have the pap'ed muzzle flash?cause thats what i care about for now.

Nope, since there is no functional pap right now. (there will be however)

Are you serious? what have you guys been doing? that really pushes my thoughts backward.now im really questioning what has been done so far.lol.

Im sorry, do people who are making a free game with lives develop to slow for you?

Umm, we are not just throwing in feaures like we used to. Most of our work goes to polishing and bug fixes. There is a prety good reason why there is no pap right now ingame.

ohkay,so your kinda doing the old waw thing for now?

you must be joking.. You don't even know how much time it takes to make everything in proper clean way.

The time its taking now is how long it is.
\no offense

nothing,never mind. idgaf bout the pap muzzle flash anymore.
at least we have a muzzle flash.

Textures need a little cleaning, but could be released by summer 2014 to winter 2015 (Jan,Feb). Also you should make it easier for custom maps for some people. have a menu with original maps and custom maps as subfolders. custom maps could have a seperate file location.

Also custom maps option is there ;) You can see it in these pictures:

can we see like a quick .Gif of you shooting the gun, with the swiching 3 mussel flairs, Also, would it be possible to make it do a random rotation, so it looks like there is WAY more then 3... Just because it SEEMS simple, (But then again, thats coming from someone with little to no coding experience, But, I just said that as to comparison of what you guys can do on the engine)

Not much news has been posted recently, but we've been doing a lot of gameplay polishing in the background, and it's paying off!
Among things that have been fixed
-Gibs spawn chunks
-New zombie sounds (FINALLY, RIGHT?)
-New round sounds (FINALLY, RIGHT?)
-Rescaled all weapons due to clipping bug with max re...blah blah engine details, might adjust scale further due to other clipping bugs introduced by scaling down.
-Redid qc-side zombie code (DON'T FEAR, THIS IS SIMPLE STUFF, likely to need a bit more tweaking)
-Added, and bugfixed a new TraceMove method to help (/lag?) AI
-Fixed some odd bullethole decal orientation issues
-Punchangle smoothing
-fixed amount of points received from zombies
... and countless more, some cool, some trivial, stuff.

But we have been pretty busy, it's just that we've been busy being driven mad by little :D (ex: stuff like weapon clipping, not major bugs)
..as well as most of the things we do (like code) aren't really screenshot-able...