Nax of the Universe

Nax of the Universe

Hi, I'm here to introduce the game I'm currently working on.
You see, I'm a huge fan of the Devil May Cry games. If you don't know about them, they are character-action games that focus on having very fast, tight and stylish combat. I was saddened to realise that the series, in it's previous iteration, is probably dead and gone. So earlier this year, I started working on a DMC fangame, but that slowly started turning to something quite interesting and had potential. so I changed into it's own game, called Nax of the Universe.

Nax is an Action RPG that has combat deeply inspired by the Devil May Cry games, giving it a stylish, fast and fluid combat engine that is very satisfying to play. With multiple weapons which can be switched on the fly, an input priority 60FPS combat, complete juggle and parry systems which it combines that with an RPG framework, including leveling up, finding loot, etc to give additional satisfaction to the combat.

In essence, it's a character-action game combined with an RPG.

The game is in active development, with a mid 2014 target window.
Platforms planned include PC, Mac and Linux, with Android and iOS likely in the future.

An early playable alpha of the game is avaliable. It's short, but the combat is pretty much complete.
A kickstarter for the game is planned soon, you can keep up with the game via any of these links.

A new demo for Nax of the Universe is now avalaible, 0.14, which is largely an extension on 0.12.

Nax now has music. Courtney of Nosoapradio.us It's a fast paced electronic soundtrack, but for now the music is placeholder. And will likely be replaced in future versions.
In addition to that, more sound effects have been implemented.

Previously, in 0.12 using a controller would cause the game to crash. This is not the case anymore. Controllers are supported, and are the preferred way to play. Although the default button setup is quite good, you can still remap the buttons via the options menu. You can also change the buttons displayed, ether Xbox buttons or PlayStation buttons.

Both analog sticks are also supported, left stick for moving, giving you nice 360 degree movement, and the right stick can be used to dodge. By pushing the right stick in a direction, Nax will perform a dodge, much like the God of War games. It's actually a lot easier to dodge that way. 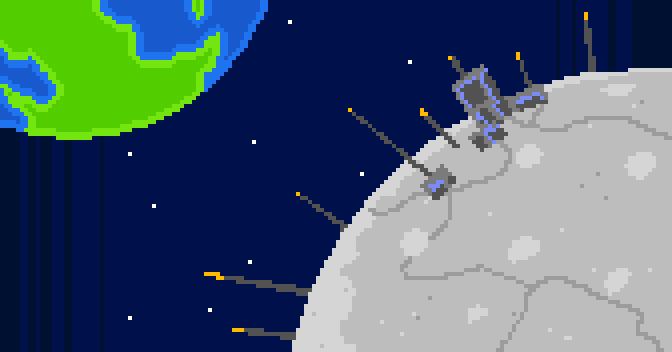 This menu was non-functional in 0.12 and now fully works. It allows you to see how to perform various actions in the game. From basic actions like jumping, to weapon movesets. This menu can be accessed from both the Pause menu and the Hub menu.

So, after long last, the second playable demo of Nax of the Universe is available.

At long last, the coin store has been implemented. Well, not all of it, but the important part. You can now spend your coins on upgrading Nax. There are...

Level structure and a new map

I've only been showing off the Ember Forest level so far, so here's a sneak peek at a new level. In addition to that, I explain the kind of level structure...

Nax of the Universe is an Action RPG game that I've been developing for a few months now. It's an RPG that puts it's focus on the combat. It's fast, fluid...

Nax of the Universe is an Action RPG with a fast and fluid combat engine inspired by the devil may cry series. This demo contains 2 full levels and 3...

An early playable alpha of Nax. It's short, but the combat engine is there. 3 weapons, 2 enemy types, 4 rooms, a variety of attacks to pull off.

the game is dead?
you dont actualize the game in 2 months

Are you looking into console development? Saw your game in the Indie game dev thread on GAF :D

raonak you know the day of will be released for android??? i liked much :D

It'll take a while, probably after I crowdfund it because I have to buy an android export module.

raonak cool game :D i loved the levels and monster more you not included bosses in the first and second level you can include it later???i will like some :D

Thanks!
Yeah, I didn't have time to include any bosses, but they'll be coming in later versions.

raonak i have a bug to you fix i explore all things and i will enter in a door and i cant pass it haves a invisible wall what i do?

Current alpha is a bit buggy, I have a new demo that's coming very soon (like, in a few hours hopefully.)

Indie
Twitter
Tags
Embed Buttons
Link to Nax of the Universe by selecting a button and using the embed code provided more...

Lord of the Rings: War in the North Hack 'n' Slash