Breach is a 2d platform game that is still work in progress. I am the only one working on it. There are some old versions, one was for a competition, and the other was just plan old. I have leaned a lot since i started, so of course i re did it.

What Is Breach. Well here is some thing I had to make for my game design class in school. Why the game is named Breach is because the game is all about an agency named Breach, and of course it deals with security breaches.

The basic story is, one day a missile silo went off line, the agency thinks it’s because of equipment failure, so they send in a repair team, as soon as the team got close to the silo they said that something odd is going on, as they move closer they went off line. After 30 minutes they send in a combat team in a chopper, when they got close they said that they could see something moving in the woods, you could hear something on the radio, then they also went offline. So they send in you to find out what happened.

The game is a 2D platform, shooter game so it will have basic physics,and standard controls, WASD to move, left click to fire your main weapon, right click to fire your secondary weapon. Breach has an inventory system that is pretty simple, as you go thought the game you will pickup new weapons and equipment that will add to your inventory. The health system is also simple, a little after you take a hit your health will recharge. The clips (ammo) that you pick up in the game will add to how many you have, when you reload whatever rounds that are left in you clip will get wasted. What you fight are robots that have been placed in the silos right after everyone was remove from the silos and replaced with an AI and a bunch of robots.

You play Sam (I might change the name) who is 28 and has been with the agency for about 10 years, and is one of their best agents. 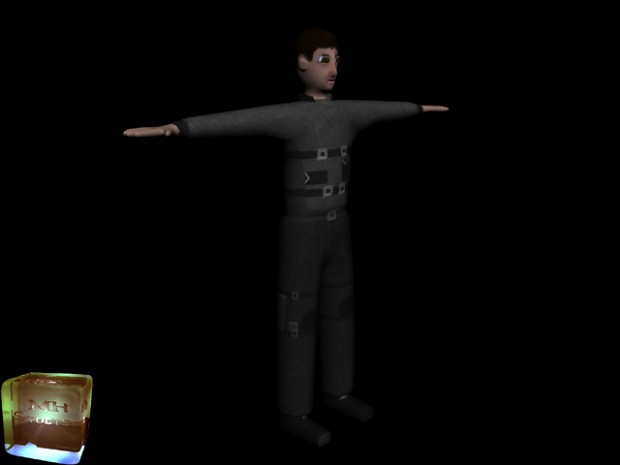 This is my old model I didn’t like it so I re modeled it to this. 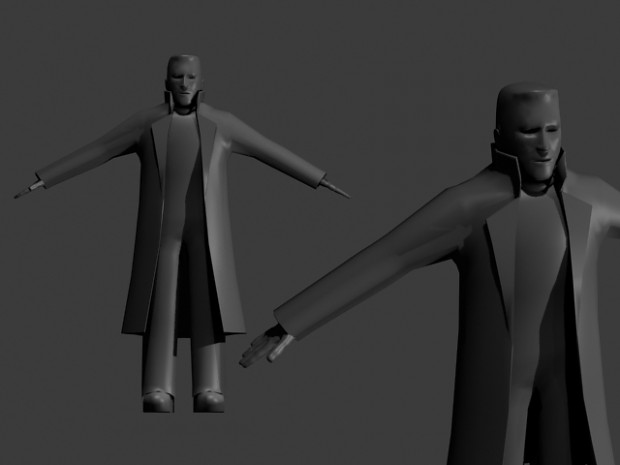 In the first level in the game I wanted the player to be stuck in a dark room for about 30 seconds, in the room will be a ester egg and a couple bots, after the 30 seconds are up you will move on to the story. All the levels in the game would be set in ether woods, or a couple different silos. This is just a test map but it gives you the idea. I also am going to add a bunch of environmental effect like rain, snow, smoke, lights, and lens flares.

Below is some concept art of what the ground is going to look like in game. All the levels in the game are hand drawn and are not flat. Most platform game levels are made out of set tiles, but in games like that you can’t move on slope surfaces, I don’t want that so I am hand drawing every piece of land.

I am using game maker 8 to make to Breach. I am the only one working on it so it’s taking some time but it’s coming along. Hope I didn't miss anything, and I hop you like.

My first news. So i haven't been working on Breach much. so i have decided to start working on it and not stop until i get a least the beta out.

Lots of new stuff like a new weapon, 2 new maps, and a new robot to shoot, also some new game play stuff like a shaking screen. etc

I needed to make something for school and I wanted something like a fire fight mode in breach, so I have made a basic bot fighting mode. This is just...

This is the version that I am go to go with, this is just the basic movement and weapon test. controls are WASD to move and jump, left click to shoot...

I made this one for a yoyogames competition05 but by the time i got this far the competition was over. the controls are arrow keys to move and aim, space...

This is the first demo, there are a lot of bugs and other stuff, so i re did it 2 or 3 more times.

lol thanks for doing a playDb on it =)

v1.1 coming soon and it will have a lot more.

Hm, I never had that one before. well as you can see the var alpha was not declared. Is this stopping from playing the game?

please comment. PLEASE if you do i will get it done faster.

fine...
This looks very promising!
hope you do well.

Thanks, you helped out a lot, now i will work 2 times as fast!!