My Father My Son

Only cooperation can save them

Together with two lost castaways, a father, and son, experience a thrilling journey through a dark, uninhabited island that isn’t on the map. Overcome a path full of logic puzzles and hidden dangers and help the family get closer to each other. Escape from this mysterious place and discover together with the characters what’s hidden here.

Control two characters alone or in co-op (1 player - 1 character), using either a pad or the keyboard. You can change the control method at any time. Move along 2 paths, changing them freely as needed. Take wise advantage of the differences between the father (strong and high) and the son (small and agile), which will make it easier for the characters to work together on co-op puzzles.

MAIN FEATURES OF THE GAME:

A damaged boat with a father and son is washed up on the shore of a deserted island. The journey that was supposed to be a great adventure turns into a deadly fight for survival. See the trailer announcing the exciting puzzle platformer My Father My Son:

My Father My Son is an unusual project by the Blinkclick Games studio based in Poland. It will be a puzzle platformer, where we take on two characters simultaneously — a father and son. We can play this title both independently, controlling two characters at once as well as in co-op — locally on a shared screen or online, where each of the two players will take control of one character. The game will allow you to choose your controller for the PC version: you can control the game with a keyboard, one or two pads or two types of controllers so that one character is controlled by a keyboard and the other is controlled by a pad. 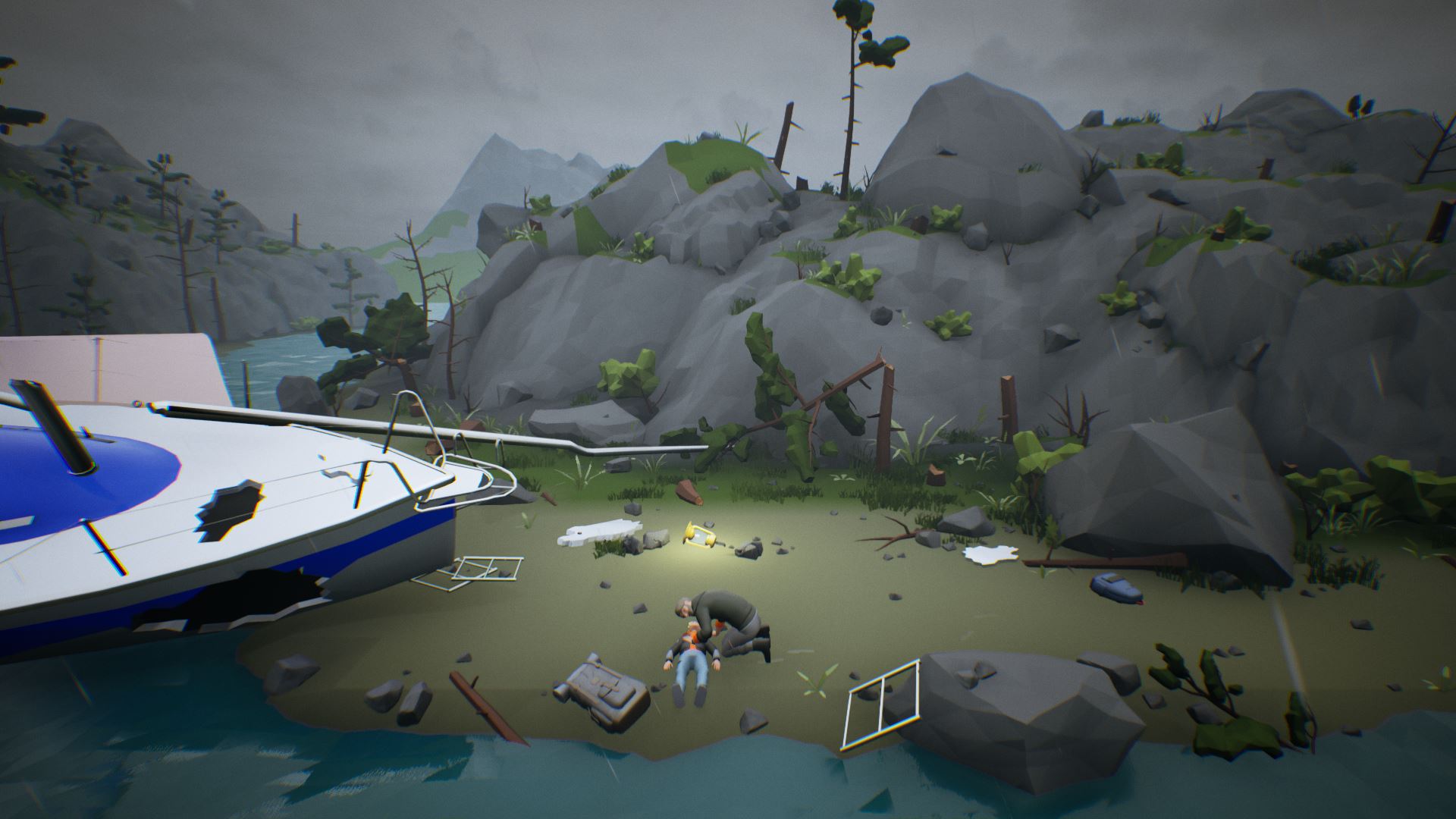 The game of the upcoming title is based on solving successive environmental puzzles in cooperation. The characters differ from each other in their capabilities. The strong, tall father can break down doors, push heavy obstacles and lift up his son, who in turn easily passes through narrow gaps and nimbly climbs to hard-to-reach heights. The characters will move left and right in two parallel paths, which can be changed at will. The puzzle-based gameplay is interwoven with arcade challenges such as running from a massive rolling boulder. 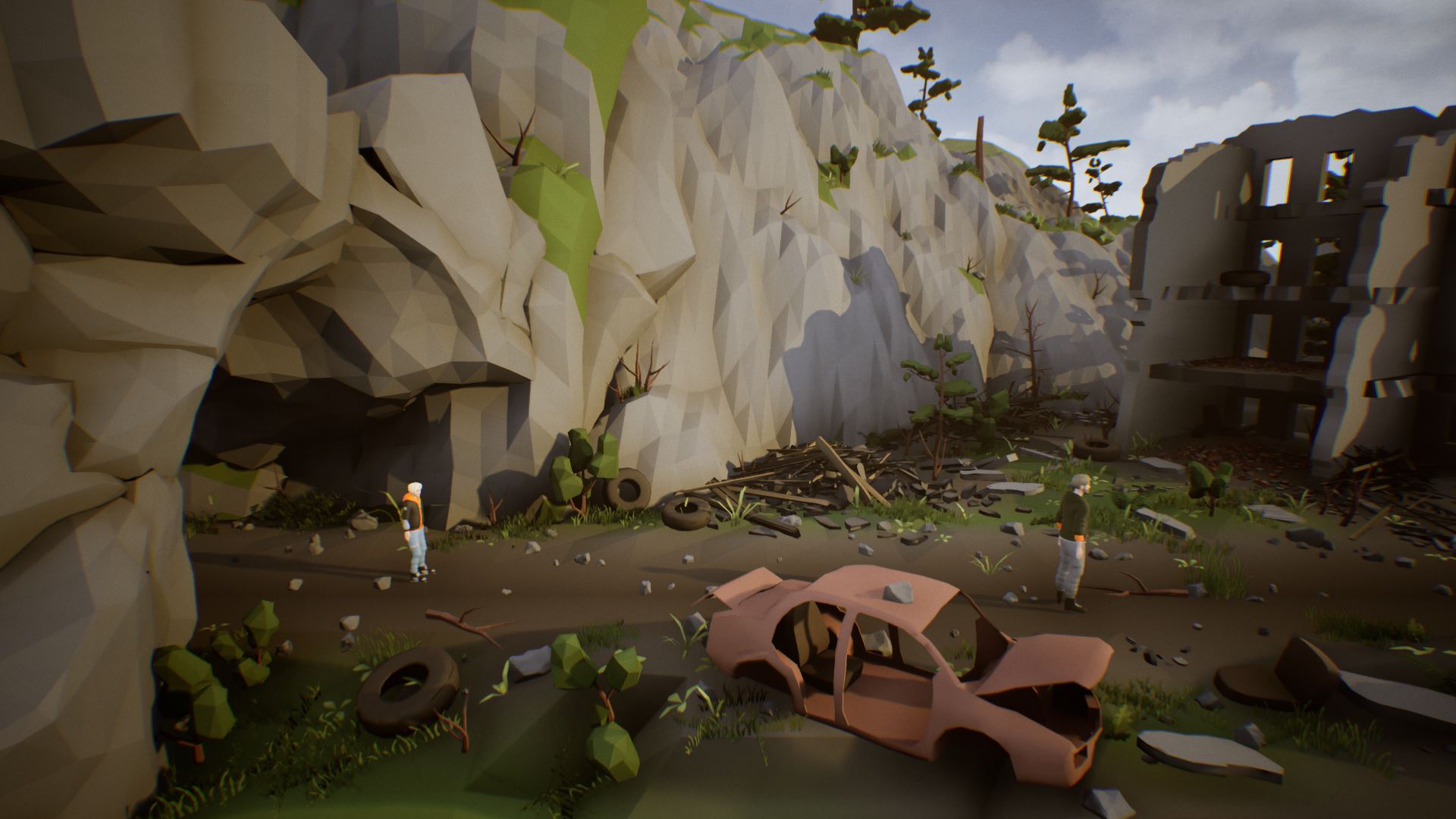 We can see everything in the 2.5D side view and interesting low-poly style. This type of graphic is characterized by the presentation of objects as simple blocks straight from the works of Pablo Picasso.
In addition to interesting gameplay solutions, My Father My Son is a very engaging and deep story. For many people, the relationship with their father is not one of the easiest. Sometimes it’s a difficult, painful topic. The characters of the game have problems understanding each other. After the sudden death of the boy’s mother, they became distant from each other and seemingly closed in themselves. The cruise was designed to bring them closer together. However, an unexpected storm at sea turns everything upside down: the father and son are shipwrecked on an abandoned island, which is not on any maps, hiding a terrible secret. In addition, they are persecuted by a dark, hostile character. Will they be able to get out of there and what secret does the island hide? 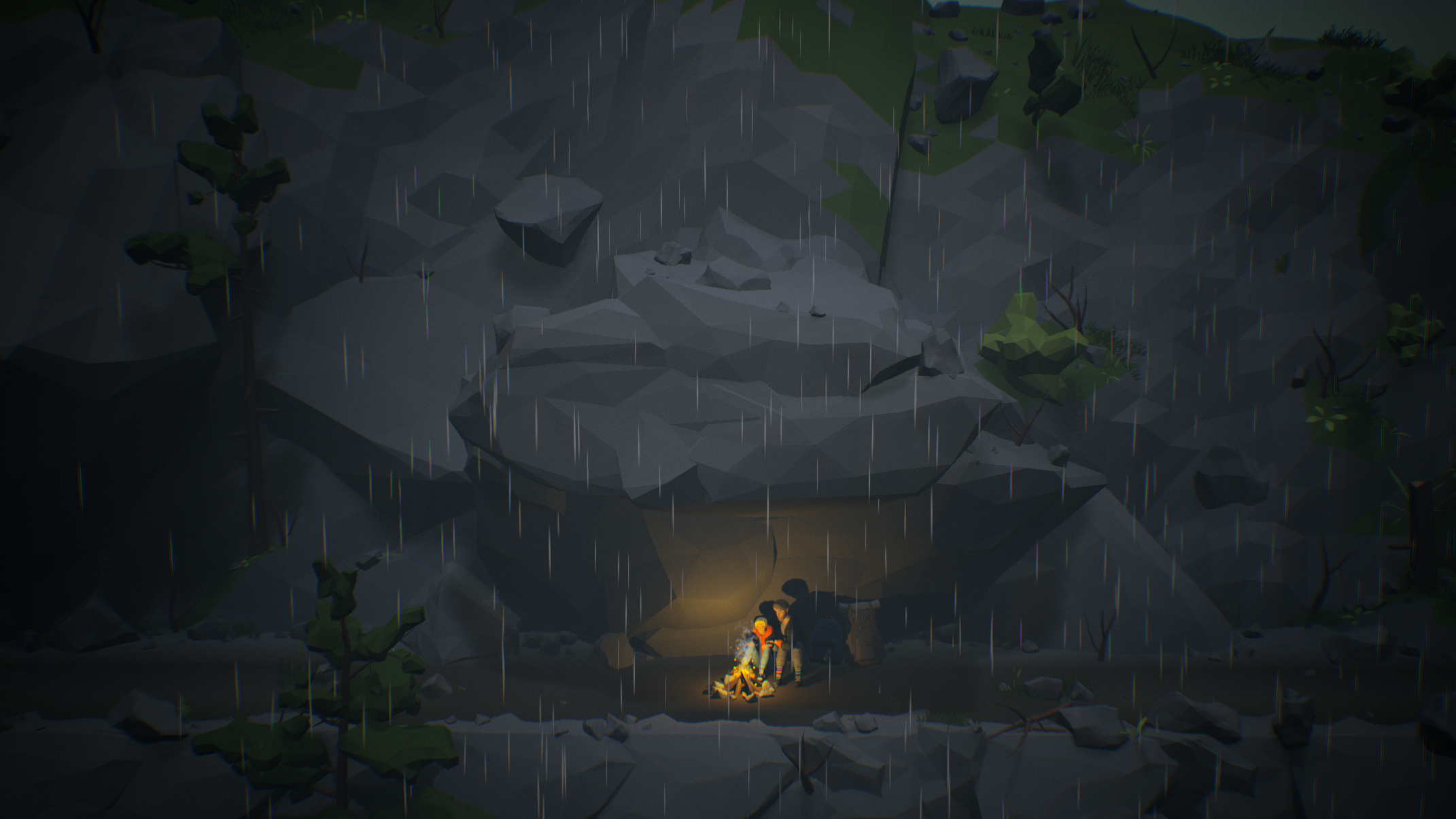 This production seems to be an interesting choice for spending time with family or friends. Playing in cooperation with your father, mother, brother or sister can be an interesting experience and an opportunity to reflect on the topic of family relationships as well as an option to spend another long evening during lockdown.

THE MOST IMPORTANT FEATURES OF THE GAME:

The game is planned to be released on PC next year. Subsequently, ports for the latest and previous generation consoles are also planned: Nintendo Switch, PlayStation and Xbox. To keep track of information about the game, it’s best to add it to your Steam wishlist and join its community on this platform, which the developers sincerely request.

Indie
Twitter
Tags
Embed Buttons
Link to My Father My Son by selecting a button and using the embed code provided more...