MultiQuest (WIP Title) will play similarly to games such as Zelda and reduce the full experience into short bite-sized chunks.

The game will have many small maps which can be tackled in the players preferred order depending on what he wants (Small corridors, Open Area, Stealth maps, Arena maps etc.) in addition to creating and playing custom maps.

There are currently 4 classes each with different abilities

Each can be played solo but their utility will increase when playing with friends.

Online mutliplayer is planned but will be worked on later in production.

Thanks for voting and helping MutliQuest on it's quest to become the 2022 Indie of the Year. You are now in with a chance to score some free games. Help this game secure more votes by embedding the widget (or link) we have included below on your favorite sites.

Here's what is new for today.

Firstly, I added a new enemy. A skeleton. They are similar to slimes in the fact that they will blindly follow the players but have certain improvements. 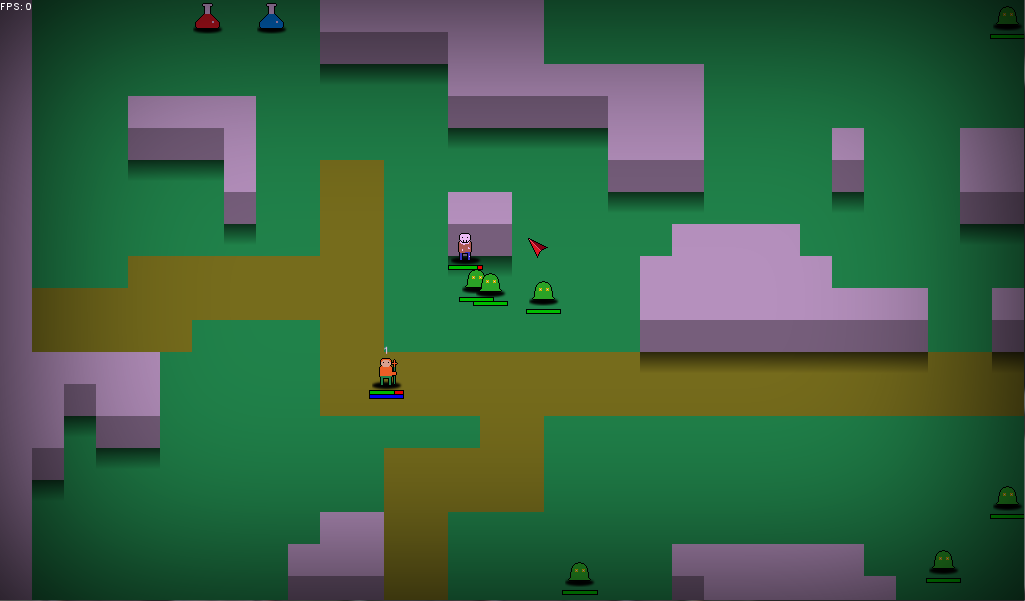 They have increased speed, damage and health. This makes them tougher opponents but have higher chances to drop Health or Mana potions. When playing with more than 1 player, they will try and attack the player with the least amount of health within their range (slimes attack the closest).

As I had just mentioned, enemies now also drop items (so far only health and mana potions), which can also be placed around the map in the map editor.

The Warrior now has his special skill, a Warcry which increases the strength and speed of anyone within rage (except enemies) momentarily. This is useful when the team goes against many enemies or to run away with the speed boost.

I have now also replaced all (visual) placeholder assets but they are all still subject to change. In addition to this I added a small (debug) function for the mouse. When hovering over any item in-game it's stats will appear. This may or may not make it into the final release.

I'm also going to put programming on hold for a bit and work on the design aspect of things. I'll be making new enemies and items. I'll put all of those into a database so I can compare stats between everything without having to go through all the files to check them.

Just a little something about the current state of the level editor and future plans.

What is done so far

Thanks a lot :) It's on hold for a moment now though. There should be some significant progress in a few months