Thanks for voting and helping Multiverse: Cosmic Conquest on it's quest to become the 2021 Indie of the Year. You are now in with a chance to score some free games. Help this game secure more votes by embedding the widget (or link) we have included below on your favorite sites.

Children of the Galaxy

First, let's talk about some news: Multiverse: Cosmic Conquest is now playable in its playtest environment on OCTGN virtual tabletop! We've finished releasing the tutorial series of videos explaining the rules of the game and how to install and play it on your PC.

Here's the latest video, showing how to download, install, and start playing the game:

Now that we've finalized the cards in the game and released the online playtest version, the team has moved onto the next step in the development process: illustrating the cards. However, before starting to draw the final art, we need to come up with designs for all the races, spaceships, buildings and technology they all have.

This blog focuses on the Daran race. 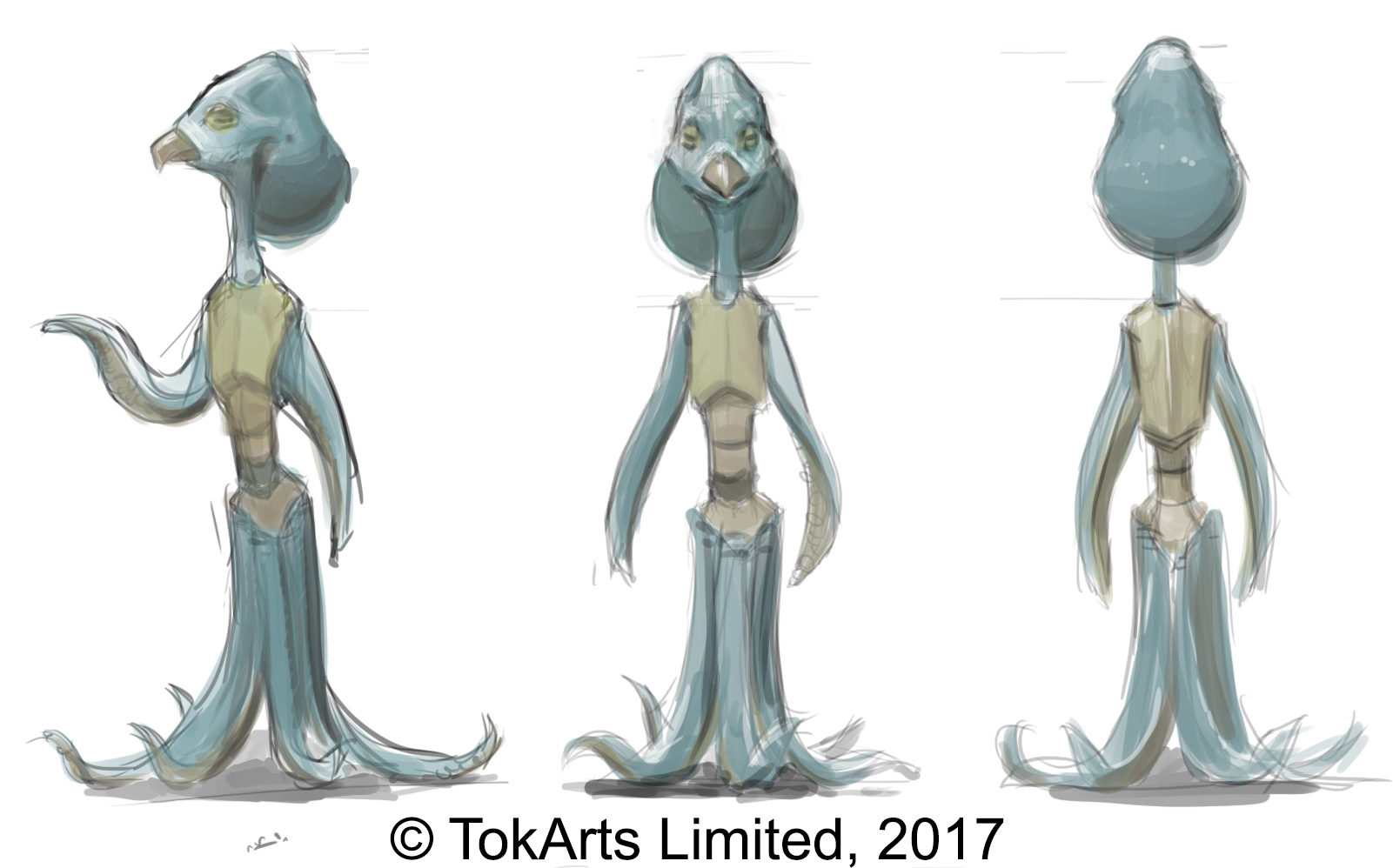 The Darans have a very technologically developed society. They have many scientists and inventors that actively explore and learn about the galaxy. They aren't skilled fighters, so they create shields for their ships and buildings to protect themselves. They focus on thinking strategically, looking at the bigger picture, but aren't great at on-the-spot tactical decisions. 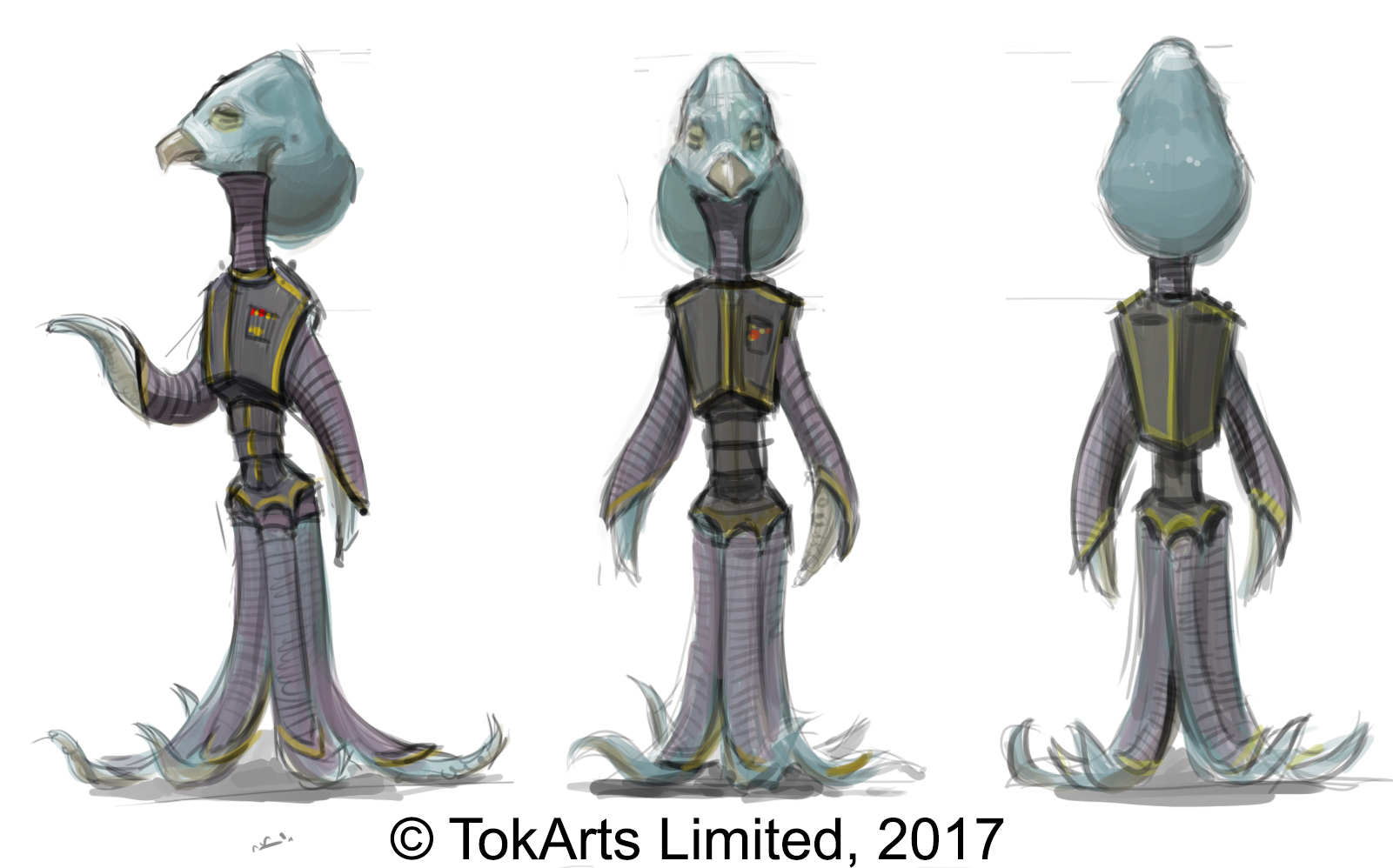 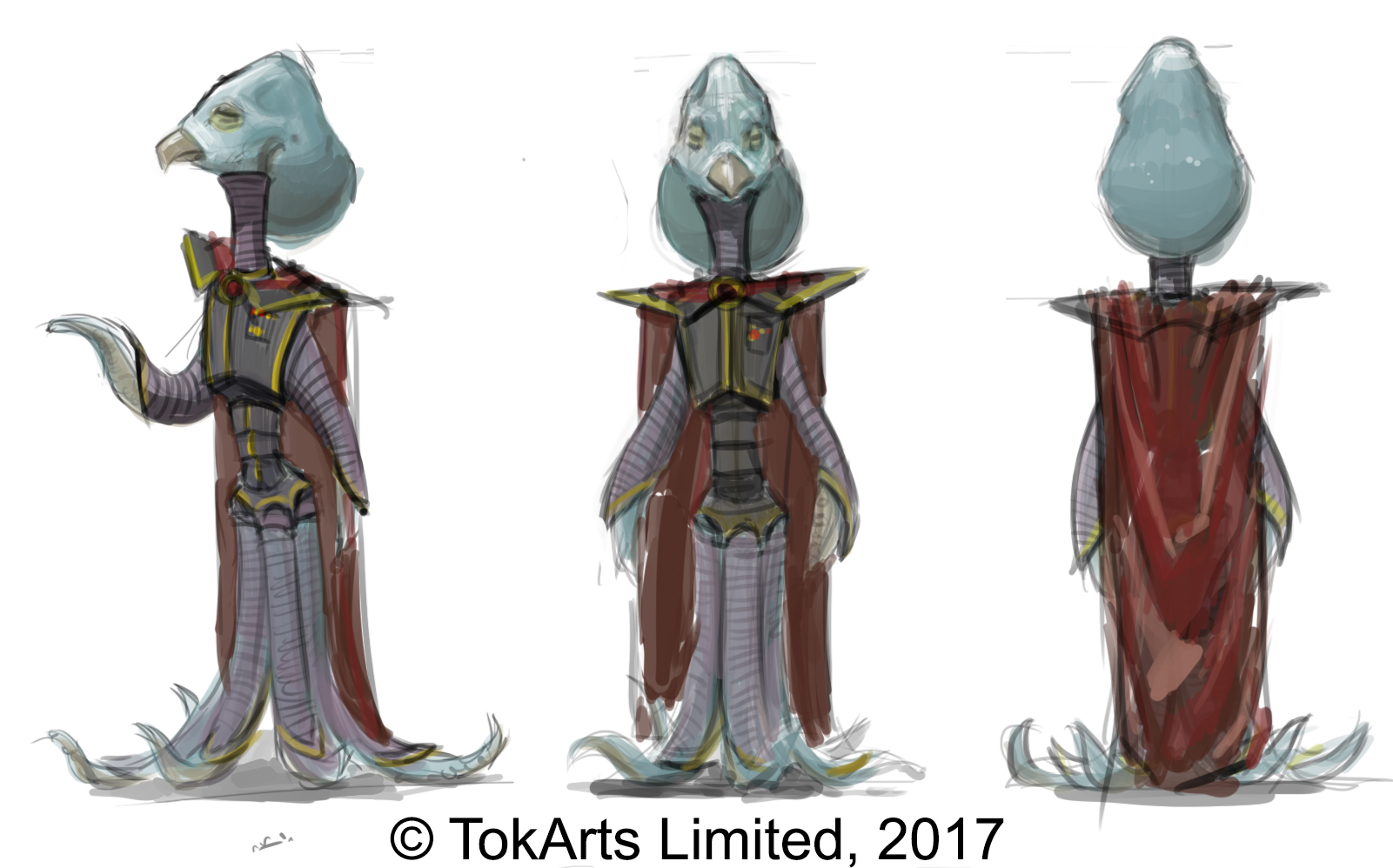 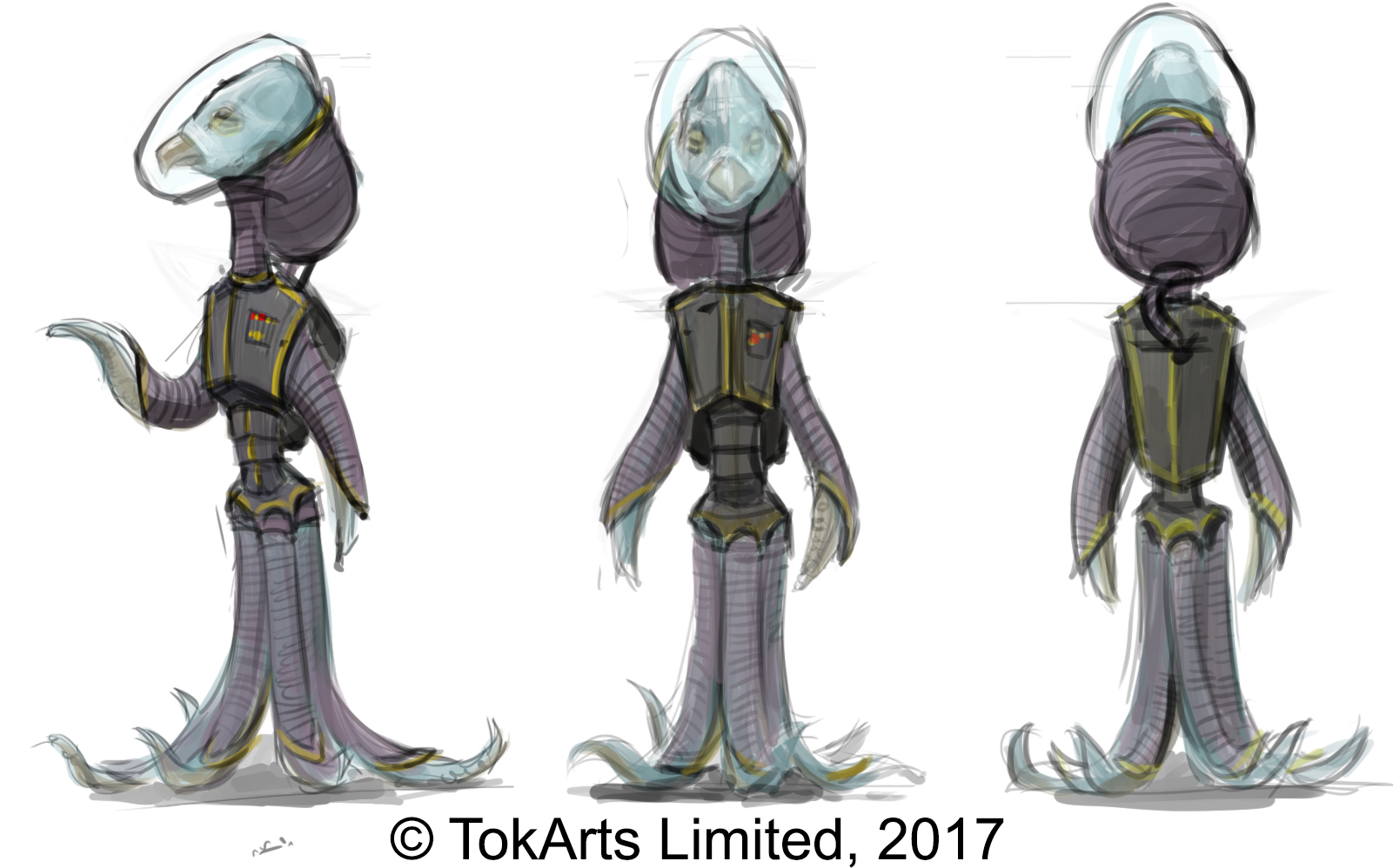 This uniform is adaptable for outer space use with an addition of a helmet and air containers, meanwhile, high-ranking officers may attach ceremonial capes to it during formal meetings.

Along with the aliens themselves, we've been brainstorming ideas for ship and equipment design. 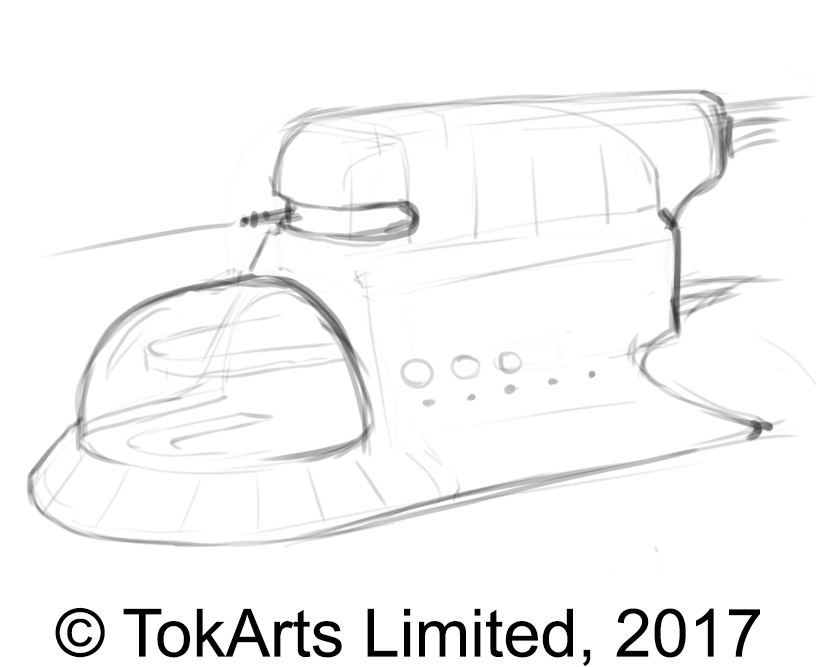 Daran ships have large glass cockpits, sometimes multiple floors high, to better admire the surroundings.
They generally have very rounded edges, to make them more aerodynamic when flying in the atmosphere. Many of them are designed to dive underwater since Darans prefer living under the surface.
This model has a paralyzing laser gun mounted at the top for defense against attacking ships. 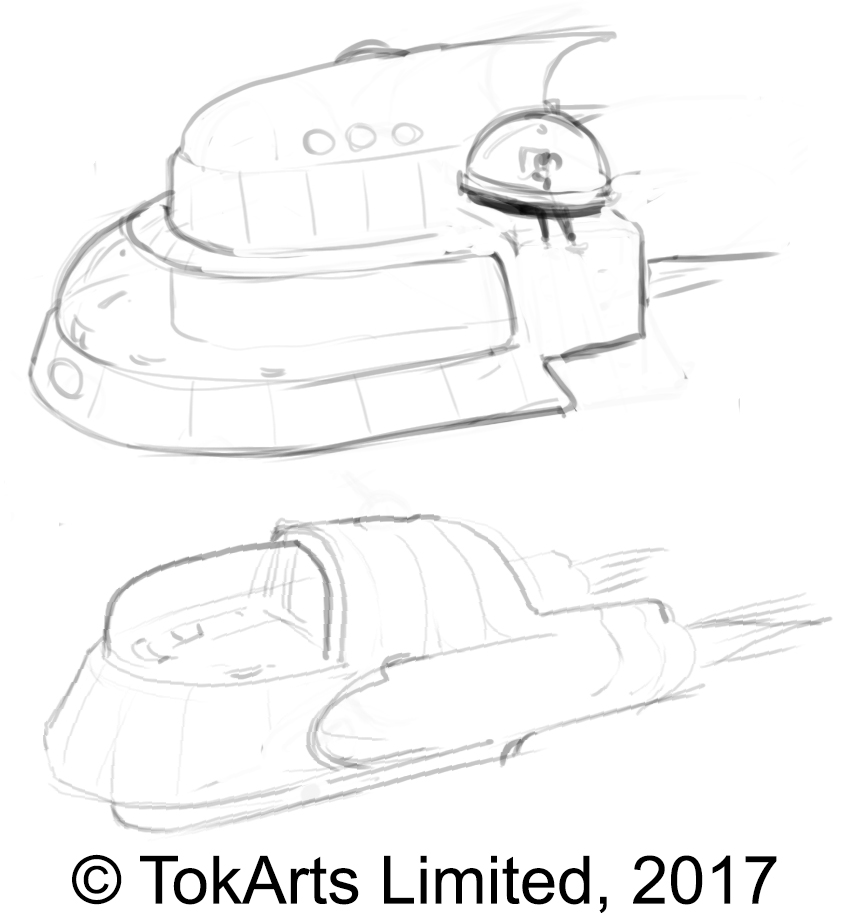 The light cruiser at the top is equipped with two Barumian range weapons for repelling asteroids and small opposing threats.

The stealth lugger at the bottom is equipped with a cloaking device that masks it from enemy sensors when flying in empty space. 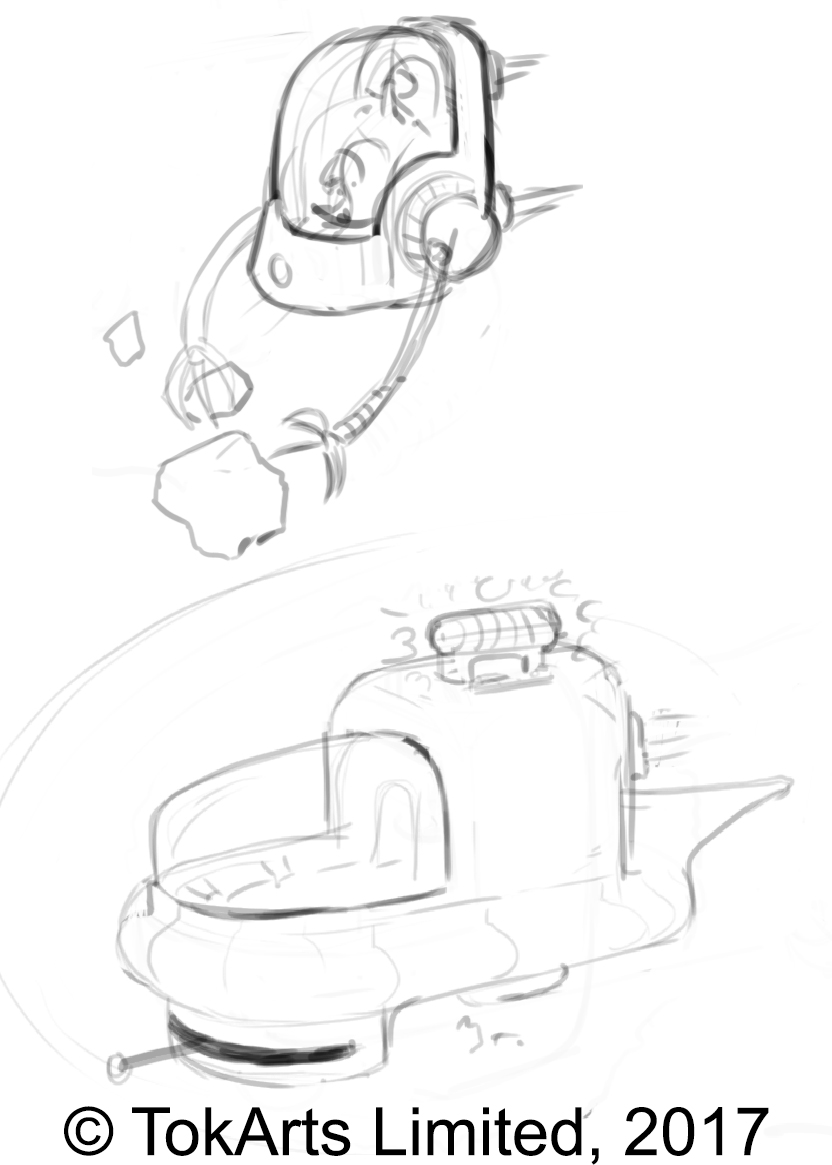 These two models are designed for very specific uses:
The top ship is a two-person pod, storable aboard larger ships. It's used to gather samples of asteroids and other debris to bring back to the ship for analysis.

The bottom ship is equipped with two powerful magnetic shield generators and a tractor beam aimed at immobilizing enemy ships before they have a chance to attack.

What do you think of these designs?

You can play the online beta version of Multiverse: Cosmic Conquest for free!
Just sign up to www.tokartsmedia.com and join our weekly beginner tournaments in this thread: Tokartsmedia.com

If you're new to the game and don't know how to play, learn about the rules of the game in this video tutorial series: Buff.ly
You can also read the rulebook for the game here: Buff.ly

Thanks for reading this development blog. Here's something extra: 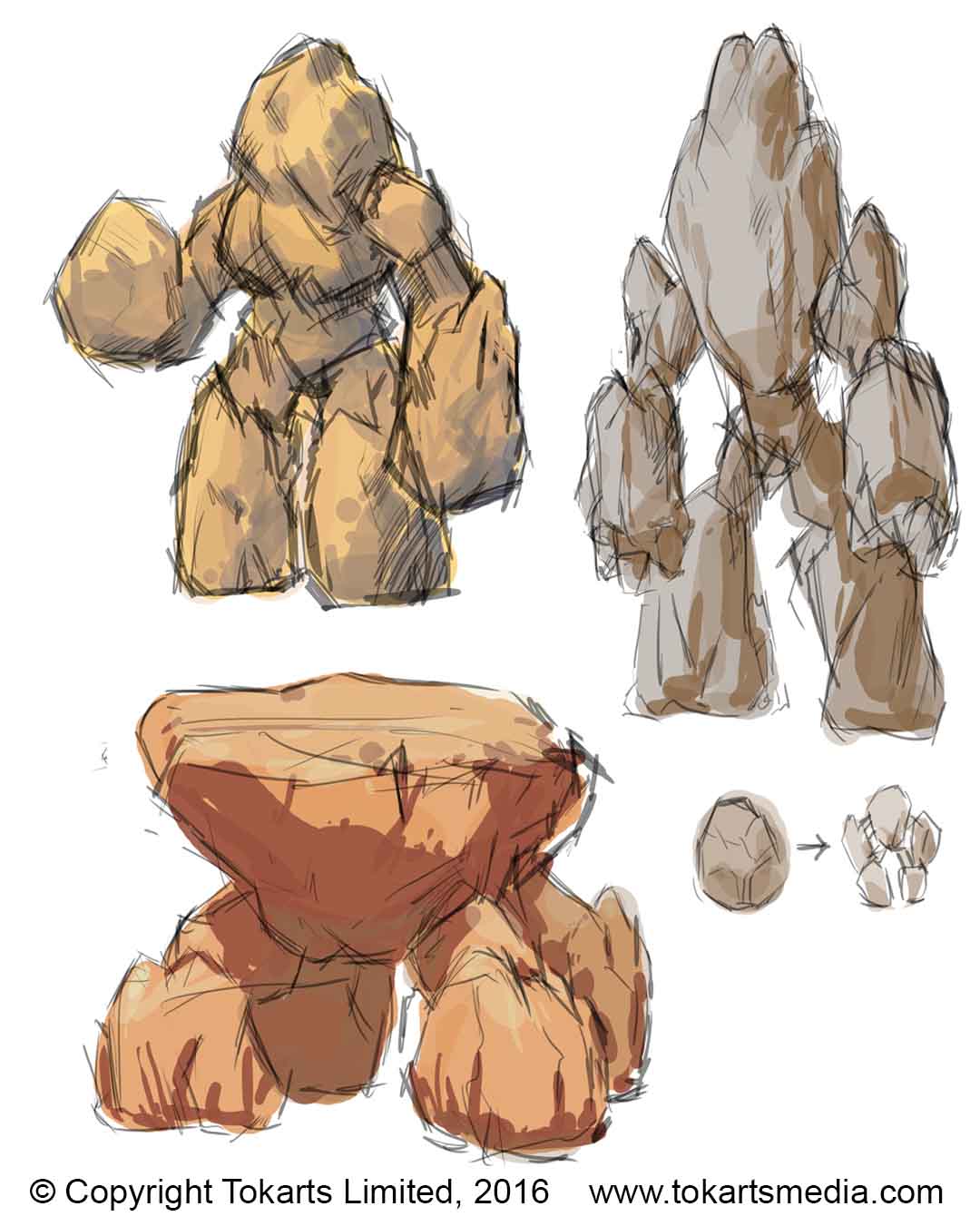 These are the original concepts for the race of rock aliens called Geocors. They are great in combat, powerful, durable, are good builders, but they're slow and clumsy with technology.

We've released the final part of the Multiverse: Cosmic Conquest tutorial, in which we cover all the keyword mechanics in the games and what they do...

We had our very first Multiverse TCG live tournament

This time we had 3 participants: Gameg1, Cheatastcg, and myself. We saw many different strategies being played in this tournament: Orange boarding, Yellow-Green...

We are releasing a video tutorial series on how to play the game.

We’re releasing a tutorial series on how to play Multiverse: Cosmic Conquest TCG. You can now play the online beta of the game for free with all the...

We launched the Multiverse Online Beta!

After months of testing, the rules of the game are set, and anyone can play the online beta for free!

Children of the Galaxy Turn Based Strategy

Master of Organia 2.5 Turn Based Strategy