Monochroma is a cinematic platformer game set in an industrial alchemic world. It's about being a child in dark world, having a little brother, growing up, falling down and solving some other puzzles.

Monochroma is funded on Kickstarter

Our team of Monochroma is very happy at the moment to see our project funded on Kickstarter. The project has still more than 24 hours to go currently but it seems difficult to reach the stretch goals that includes two secret levels that would add an exploration taste to a puzzle platform game.

As a team we are looking forward to give back to the community the help we received from them. We will work hard and deliver a great game.

In the meantime, project Kickstarter status is exciting. The project has over 17,000 votes on Kickstarter and it is on the 87th place to be greenlit in just 40 days and continues to climb the rankings pretty fast.

We want to share our happiness with an image of a happy kid from an advertisement in Monochroma: 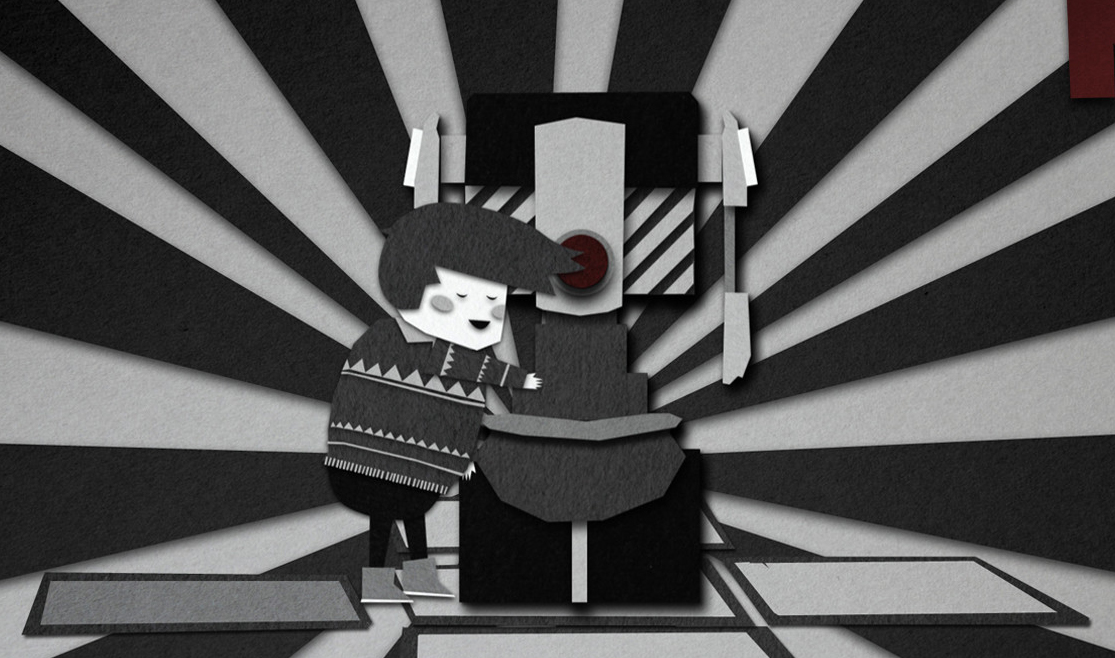 Thank you for believing in Monochroma and let us carry it further by giving feedbacks, talking about it and upvoting it on Steam.

We have just started a video contest on Youtube for the second half of our Kickstarter Campaign.

Creating your fanbase from scratch

We have been developing Monochroma for 18 months with a team of 10 people. We're indie and we can't go further. Support us on Kickstarter.

This is not a demo of a finished game, it is an early preview for our Kickstarter Project. If you are experiencing any problems or have any ideas about...

Mac Build of Monochroma Demo. This is not a demo of a finished game, it is an early preview for our Kickstarter Project. If you are experiencing any problems...

This is not a demo of a finished game, it is an early preview for our Kickstarter Project. If you are experiencing any problems or have any ideas about...

This is awesome game, i guarantee it!

Interesting. But it's always run, run, run, and jump on little screens without very much complex thinking. I think, when we do something "-like" (i think about Limbo), it's important to add a different way of gameplay, various more actions, puzzles, adventure keys. The ambiance, and the music are sympathic but to much so long the same. Think about utility of use colors like blue, red, yellow to... Imagine a world like yours (black & white) where colors come back because of story succeed... Maybe. Look the other game called "Pid", and u understand my way of thinking. But i support your project. Be sure.

Hey muchoo, thanks for this quick review.
It's really hard to decide on the pacing of the game. For some players there's too much action and for some there is a lack of it. We tried to balance it and give some emotions to the scenes with ambience (the parts you call run, run, run).

The artistic style of the game is pretty much set and it's not easy to change it from now on. We had some discussion of using other colors as well but we picked red for symbolic reasons.

You can be sure that we're playing every platform game and taking lessons from them, Pid was a very good example but it was on the action platform side of the genre I believe whereas we focused on storytelling and puzzle solving.

Usually it's better to please a specific public than to try to please everybody.

You making this with Unity Pro? Looks lovely. And has the same feel as Limbo too. Which is nice :)

My Complete Let's Play to "MonoChroma" :D
look forward to the full version ... I'm excited about this game :D
I like this Game ^^

the next parts of my let's play come the day :D