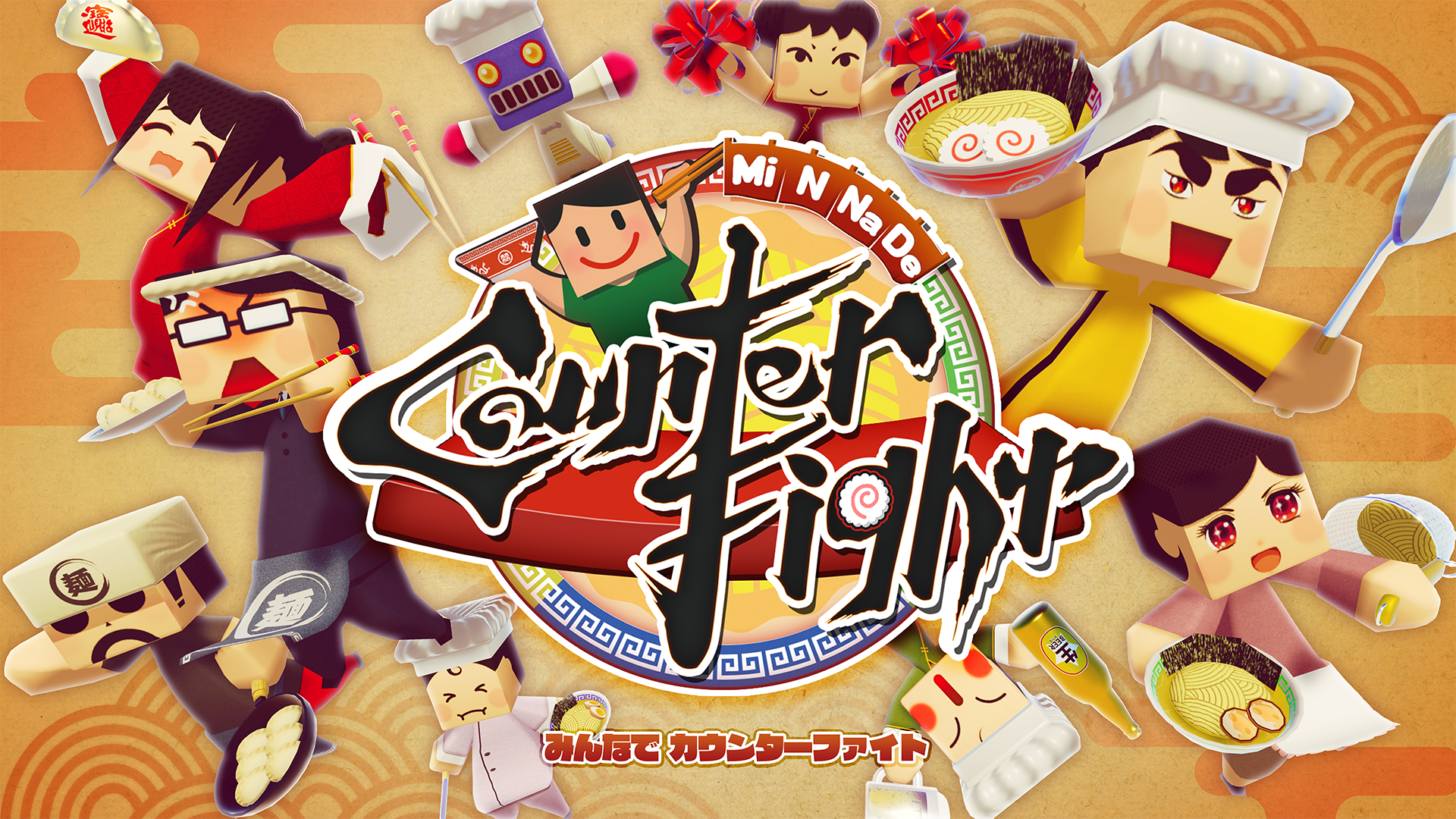 "MiNNaDe Counter Fight" is a ramen cooking game based on the VR Ramen Shop Simulator "Counter Fight" that allows up to four players to enjoy local multiplayer. "MiNNaDe" is a Japanese word that means "everyone". Familiar customers and robbers also appear.

Find a playable character full of personality that suits you and head to the kitchen right now.

Make ramen, gyoza, and beer in various worlds, from modern ramen shops to primordial times, ramen factories, castles, and more, and offer them to customers accurately and speedily.
Customers are usually satisfied with one cup, but some of them are gluttons! Serve as many cups as you like.

The kitchen, which was small at first, gradually grew larger, and eventually required an action like a big adventure. Making ramen is deadly.
Moving floors, conveyor belts, meteorites are falling, shurikens are flying, and giant frogs are aiming for foodstuffs, encountering mammoths, and it is not straightforward.

It will be more interesting if everyone plays. You may disturb other players, but you will not get a high score without cooperation.
At the end of play, each player's contribution will be announced. Let's celebrate the best chef!

Characters with different abilities can be used by completing each stage mission!
Find a character that suits your play style!

Released the gameplay movies of the main stages of MiNNaDe counter fight.

We have carried out an update to register the original character in the game.

Mainly, we have improved the operability.Here are the details of the improvements and fixes.