Mafia42 is a chat-based online social deduction game inspired by the classic party game Mafia. Players are divided into two teams; the Citizens must find out who among them are the Mafiosos, while the Mafia team must hide their identities and trick the citizens as they kill off a player one by one every night.

Whether you want a game that lets you have a good laugh with friends or intense 10-minute sessions filled with strategy and deception, Mafia42 can be a perfect choice because its many unique roles create a countless number of interesting and unexpected scenarios.

Created by a small team of Korean developers, the game has been a major success in Korea with more than 8 million downloads so far, and is now trying to reach global audience after opening up US server earlier this year.

Mafia42 is a free-to-play online multiplayer game and is available for download both on Google Play and App Store.

- 16 different roles to play and more to come

- Classic mode for up to 8 players

- Icons: achievements that you can unlock by fulfilling certain conditions in the game

- Daily quests to earn rewards that may give you special items

Merry Christmas to you all!

For this month's update, our team has added a special Christmas-themed game mode that plays quite differently from our classic mode.

In this event mode, a game starts with 8 players (6 Citizens, 2 Thieves); 3 of the players in the Citizen team will be assigned a role of a 'Millionaire'. Citizens must identify and eliminate both Thieves out of the game by voting before they find the three Millionaires among the citizens and steal all their money!

If you win in this event game, you will obtain a 'snowflake' item which can be collected and combined with various Packaging items in the store to make a Christmas gift!

The full detail and rules of the new game mode can be found on our Reddit page. 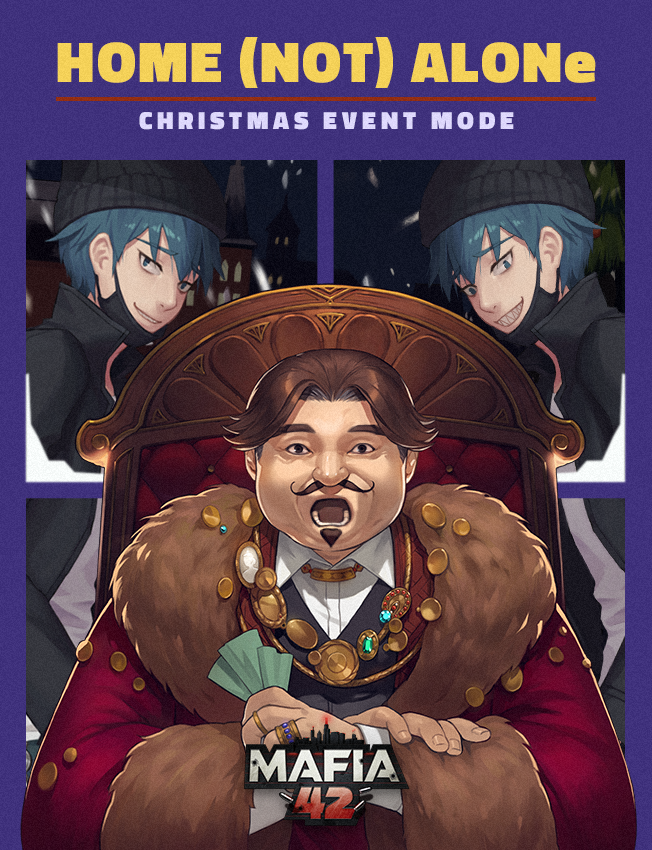 New Role and the 12-Player Game

The sound of the newly rising Cult's church bell reaches every corner of the city; yet another person has pledged their loyalty to the mysterious new...